There I was sitting at home on Sunday morning thinking that I should be out walking the dog when the phone rings...

It turns out that Neil and Colin were riding down the Wanganui River Road and Neil was unsure how to get back up the Paraparas by himself so wanted an escort home.  Oh well, you can't leave mates in the lurch eh?

With them taking a longer, slower route down to Wanganui I didn't have to rush to get ready but I very nearly didn't make it at all.  The Connie had been sitting for a few weeks so of course I wanted to check the tyre pressures.  As I was spinning the front tyre around to find the valve I made a rookie mistake which resulted in my hand getting smacked between a wheel spoke and something hard.  The hand was not very impressed and didn't want to work for a few minutes but I eventually got things under control and got the tyres sorted.

I took my usual circuitous route over to Wanganui and was really enjoying the stunning day and lovely country so I was forced to pull over for some pics - sorry, only had my phone with me but they came out not too bad. 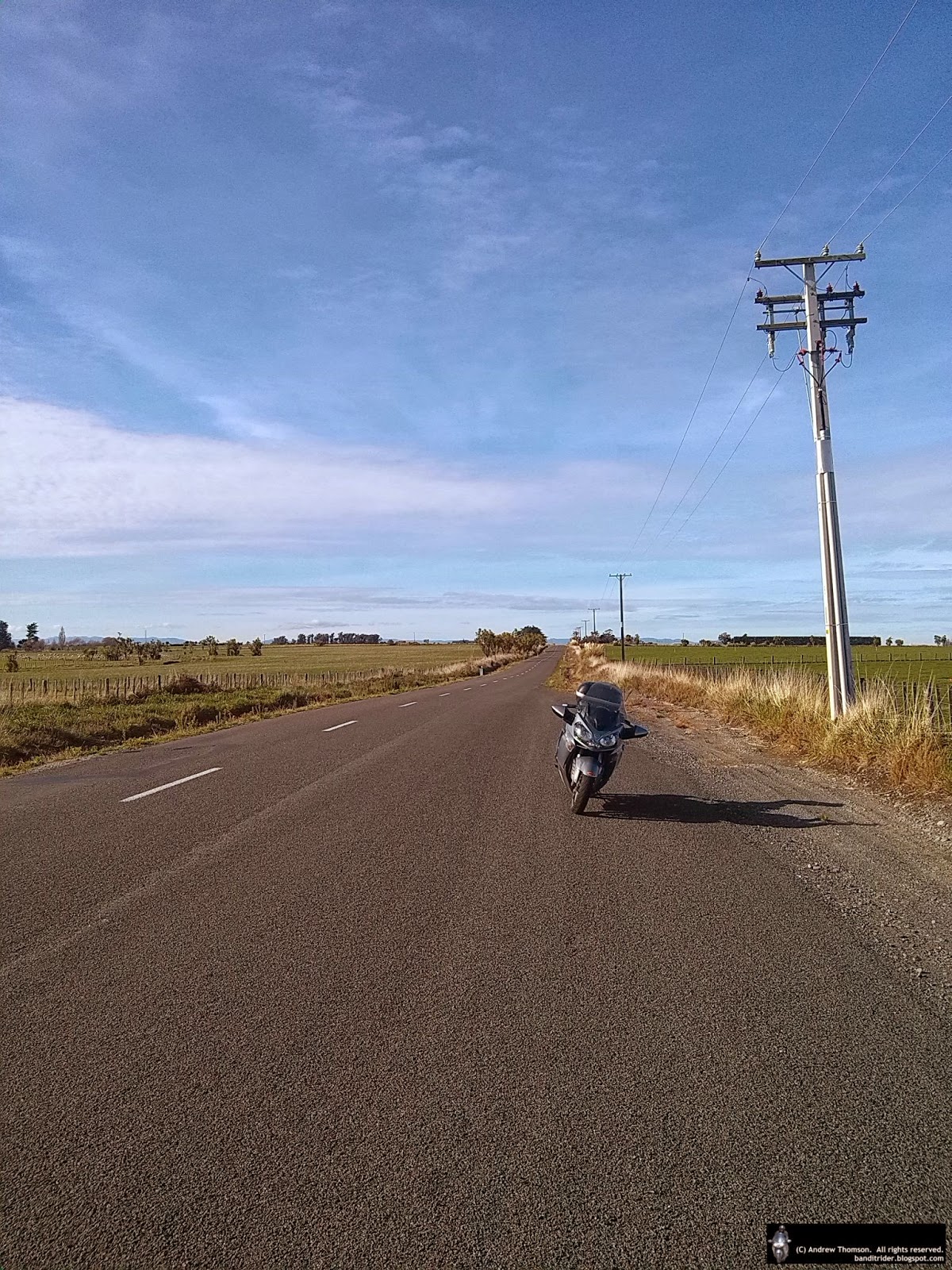 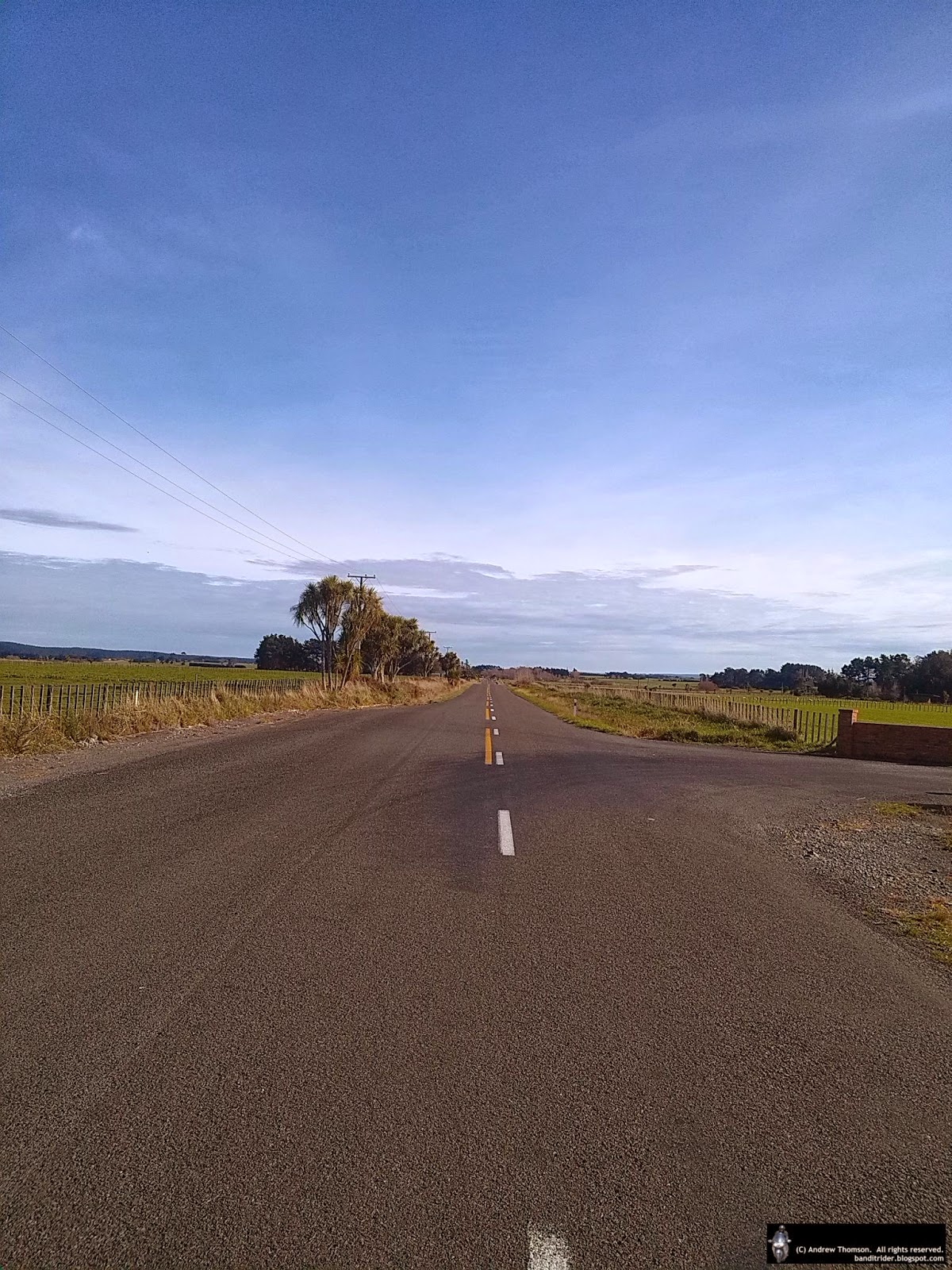 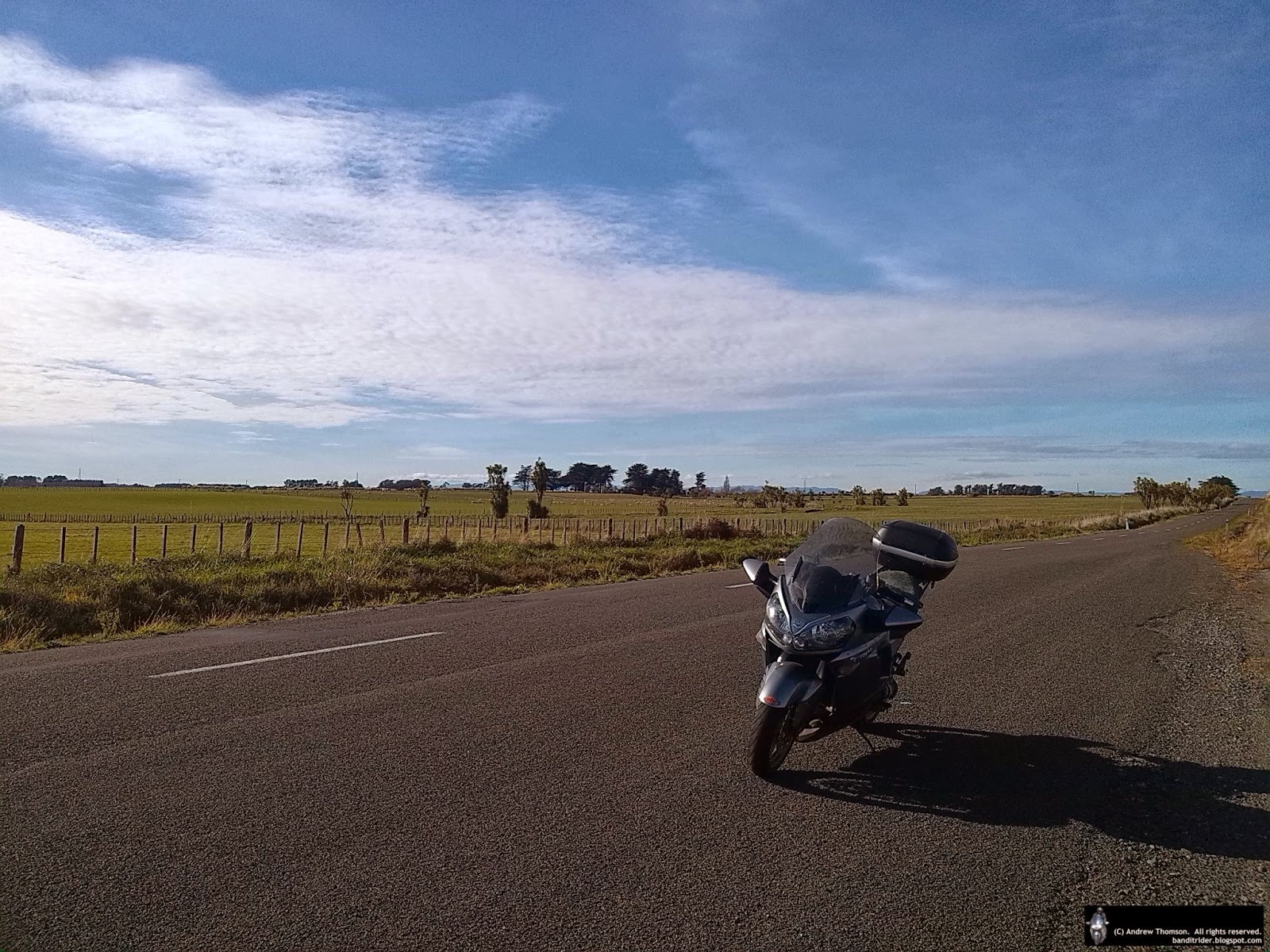 I carried onto Wanganui and when I arrived at the cafe I didn't see the others so decided to head out to top the bike up but naturally nearly ran into them as they rolled into the carpark.  Lunchtime!

Lunch dealt to we said goodbye to Colin as he made his way off to wherever Colin's go when they're not riding and I went to gas up with Neil not far behind me.

The ride up the Paras was as fantastic as usual, the only issue being a set of traffic lights where one side of the road has fallen off the hill.  Dunno how they're going fix that - they may have to carve into the hill on the other side of the road.  The only wildlife I saw on the road were three little pigs feeding their faces in the drain (no wolves over here so no need for house building activities).

In Raetihi I said goodbye to Neil and started off towards Ohakune.  The mountain was looking pretty cool so I stopped to whip out the camera phone again. 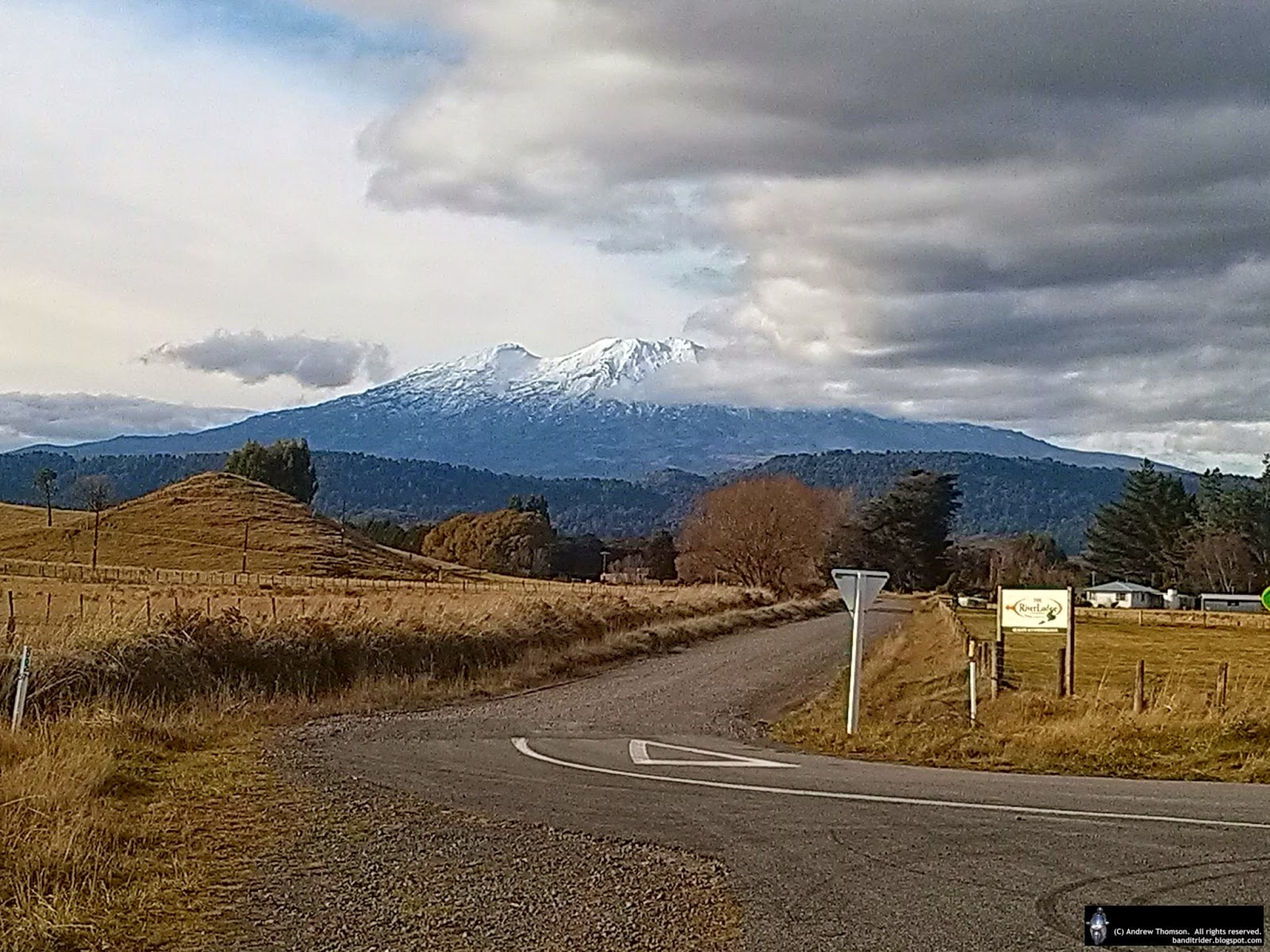 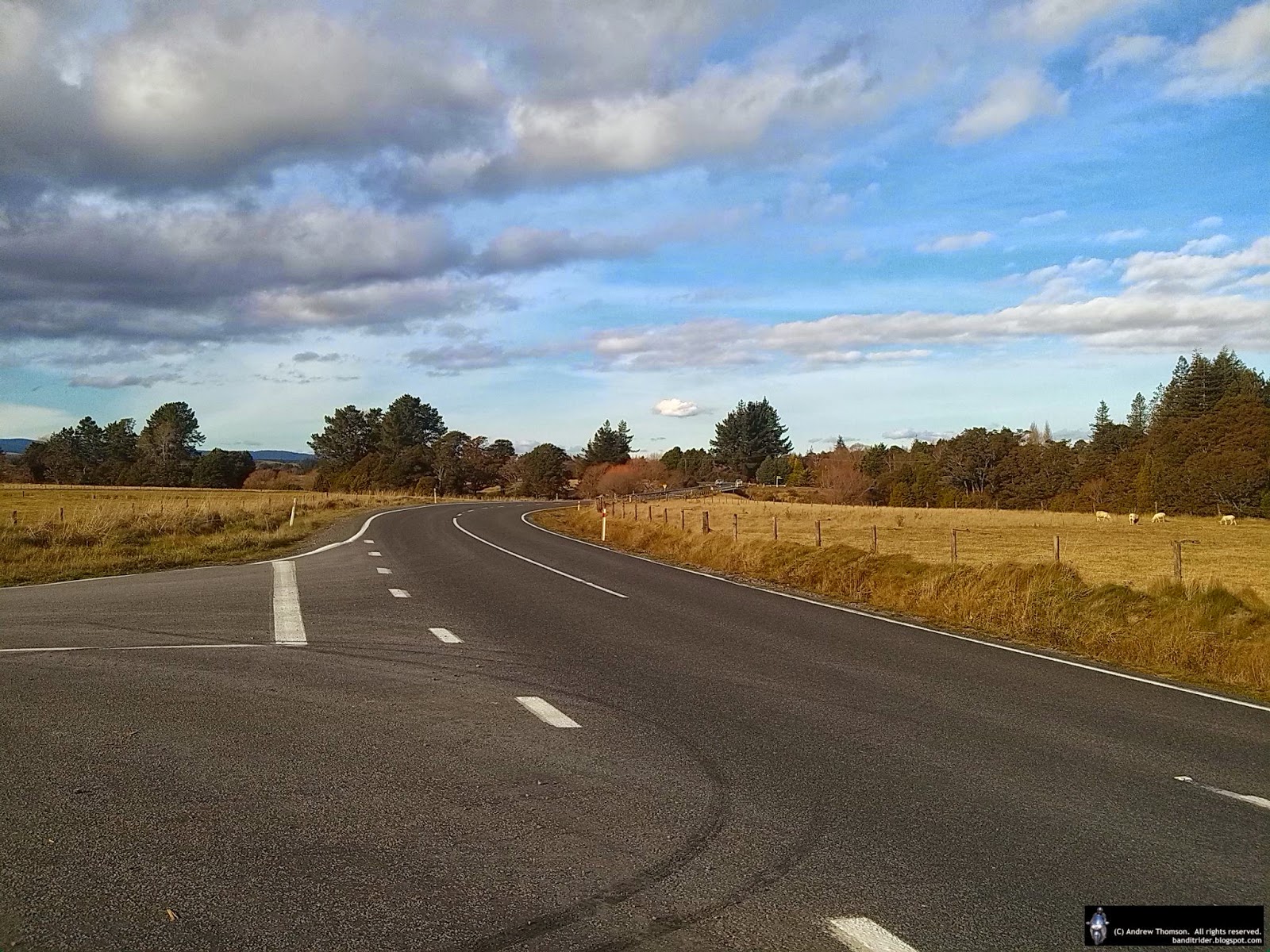 Heading across to Ohakune and Waiouru it was a little cooler but I was actually only wearing a T-shirt under my jacket so it can't have been that bad.  I stuck the man-grips on low to compensate and settled into cruise mode down to Mangaweka.

Here I decided to get off SH1 (frequent readers should know how I feel about SH1 by now) to find some more twisties on my way to Rangiwahia and Kimbolton.  It was a fantastic ride and I pretty much had the road to myself.  From Kimbolton it was just another quiet cruise home where a disappointed pup waited.