Ok, so the poor old Zumo has been having a few issues of late and I now fear that she is fading fast and may have to be retired 😢

While the route worked fine on Saturday there were a few other interesting issues:


Yeah, but other than that all good...

So, I'm currently shopping...Looking at either the Zumo 595 or 396.  Only interested in Garmins as that's what I know and Mapsource/Basecamp are pretty easy to use.  Also, I think both will be capable of driving my Virb too.

There's a $400 difference but from what I see you don't really get a lot more except a slightly bigger but higher rez display.  I'll need to buy an extra cradle so I can use it on both bikes so that's even more $ so the 396 is probably looking more likely at the moment.  Also concerned that the slightly wider 595 might struggle to fit where the current 550 is on the Connie.

But, if anyone's got any opinions - I'm all ears! 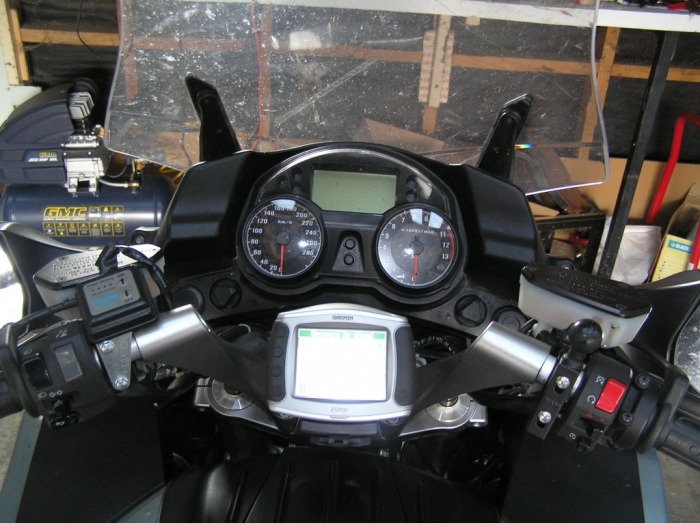 Posted by Andrew Thomson at 8:35 pm