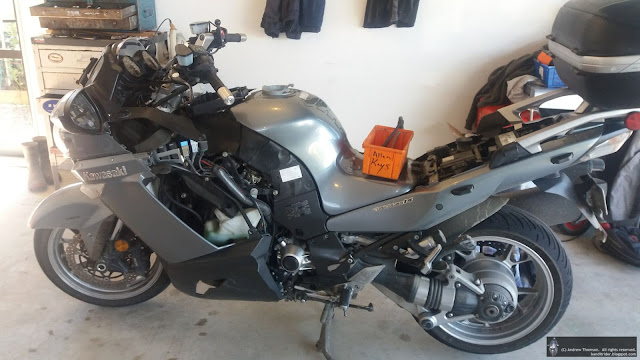 Posted by Andrew Thomson at 5:12 pm No comments:

A wee while ago Colin F and I went on a little trip taking in the Napier-Taihape road and on Saturday another Colin got in touch suggesting another ride over to Taihape but this time going in the opposite direction and taking in Middle Road as well.  How could I refuse?

Sunday morning dawned fine but it was bit crisp with a light frost and while Colin made his way (battling all sorts of ice warnings on his GSA's Heads-up display) up to my place, my ferocious guard dog and I braved the chilly start to the day. 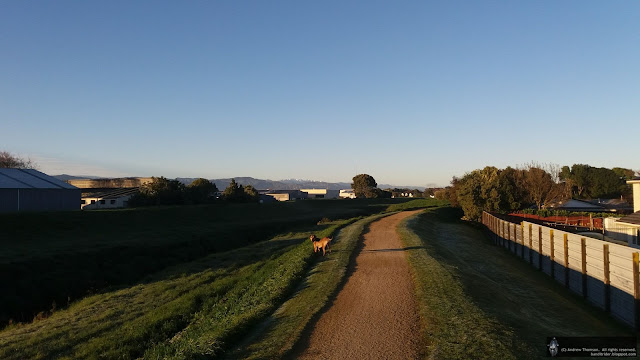 Presently, Colin arrived for a quick coffee and defrost and then we hit the road.  A short trip through to Ashhurst got us onto the Saddle where we crossed over into the lower Hawkes Bay.  It was a little breezier over that side of the ranges and quite cool as I led Colin through some back roads to Dannevirke and then through Ormondville and Takapau to Waipuk.

In Waipawa we turned off to ride through to Patangata and onto Middle Road.  Along the way there was plenty of evidence of the massive amount of rain the Bay received last week - plenty of flooded paddocks, debris on the road and even some mud as we turned onto Middle Road.  The ride up was still fun, you just had to be ready to change lines pretty quickly when you came across a surprise halfway around a corner.

Rather than riding right through to Havelock North we turned off and tiki-toured through Bridge Pa and on up Highway 50 to Taradale.

In Taradale we stopped and had a very late breakfast/early lunch before fuelling up for the trip over to Taihape. 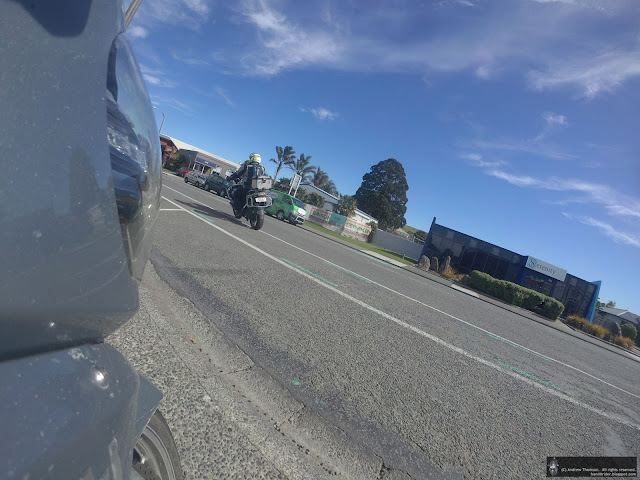 Hitting the start of the Gentle Annie I sat behind Colin for a while before sitting quite a bit further behind him... 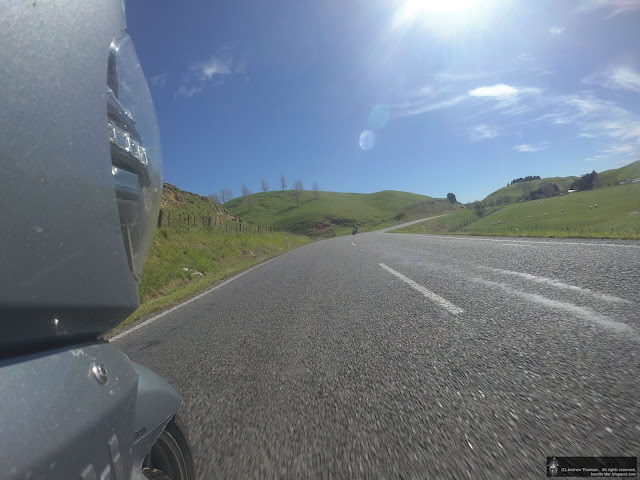 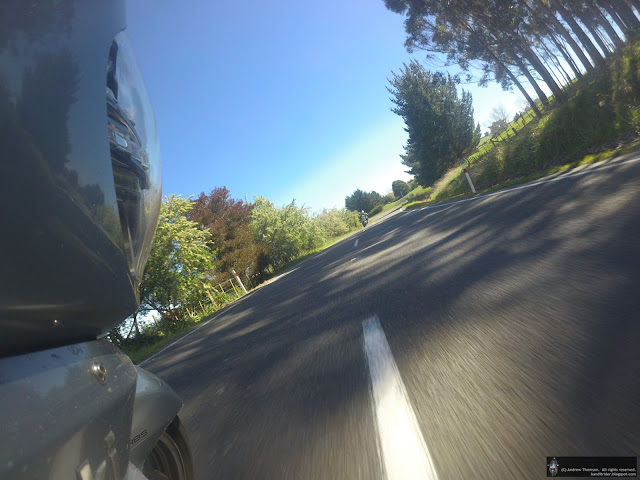 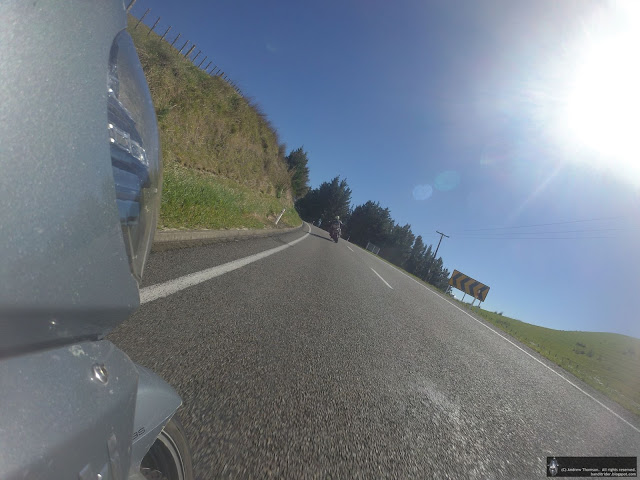 The road was its normal brilliant self but even here there was the odd patch where slips had come down (mostly cleaned up) and the odd bit of metal or mud on the road.  Great for practising ya obstacle avoidance techniques...

As you can see from the photos, the day was turning out quite nicely and I was very surprised that we didn't see many other bikes on the ride (just a couple near Fernhill).  They were missing out! 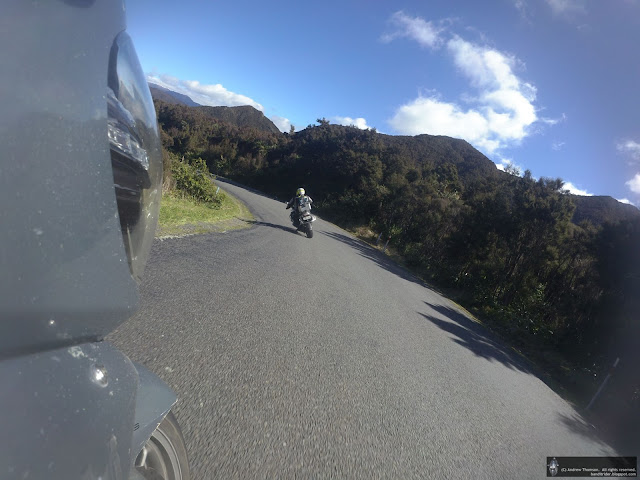 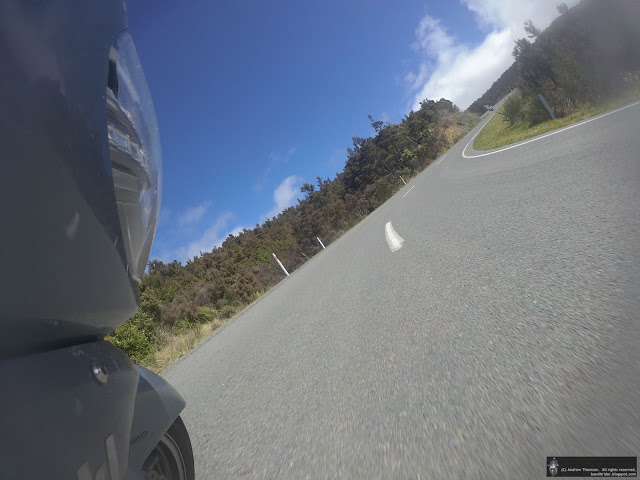 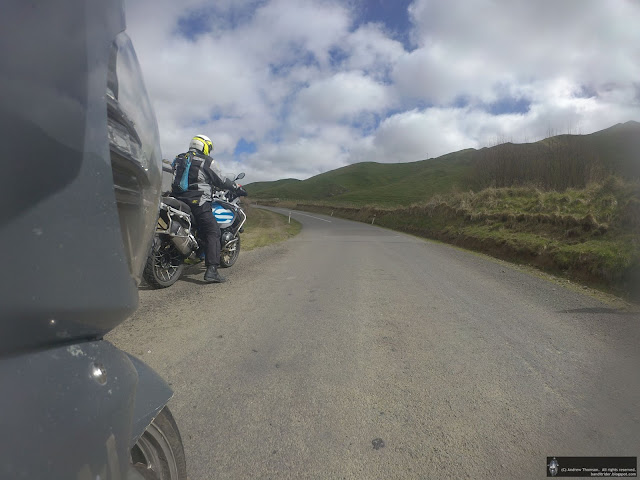 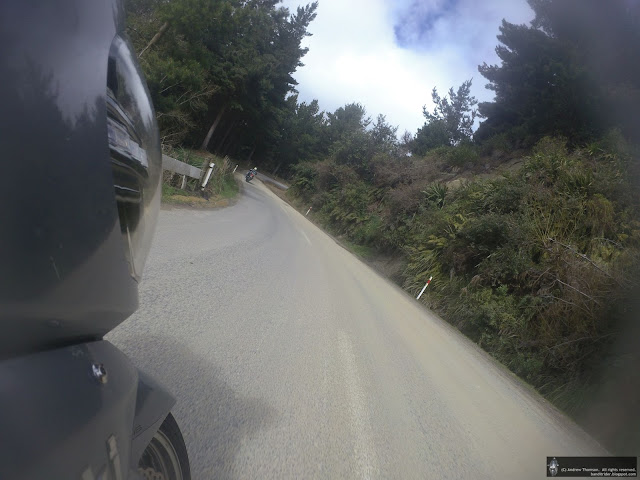 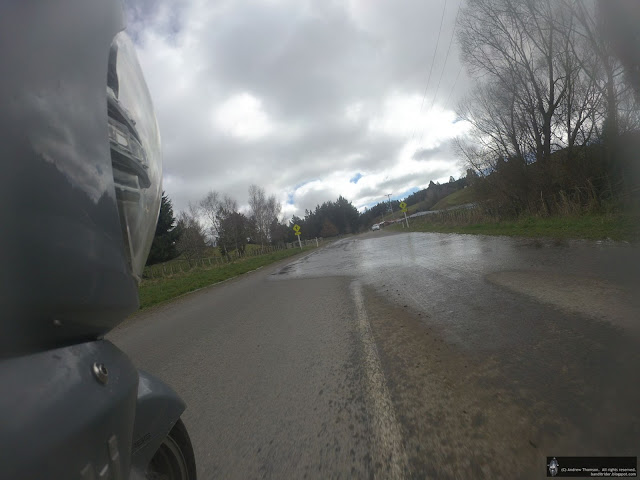 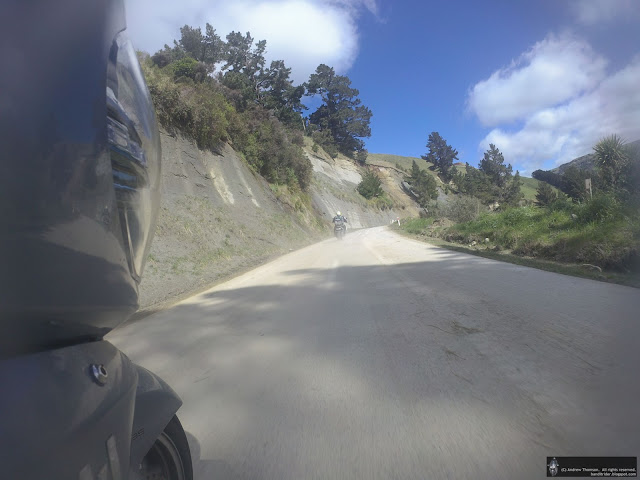 Nearing the Spooners Hill turn-off we came across another road block that took a Concours to show the way through... 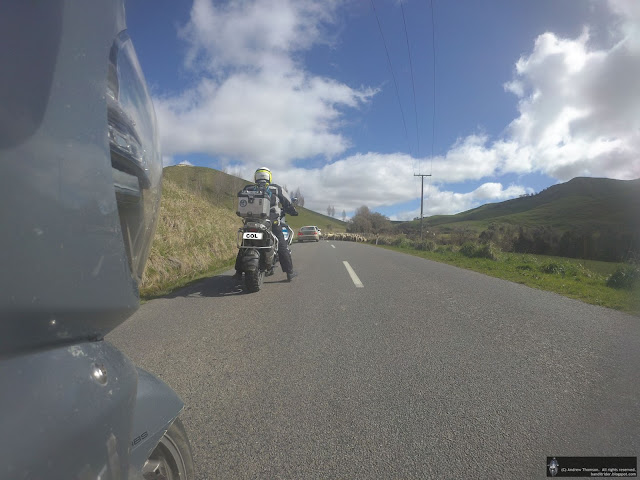 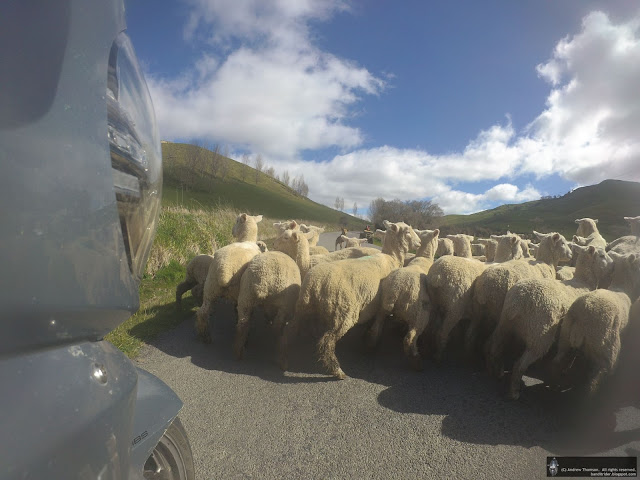 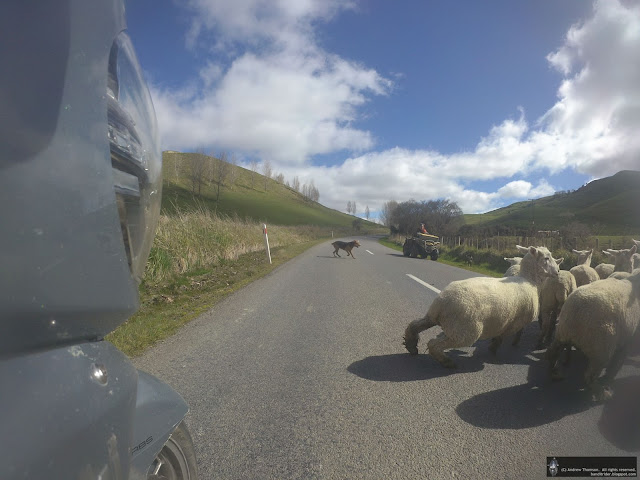 Five minutes or so later we were in Taihape and turning Southwards for the ride home.  Here's all the Garmin's pics stitched together to show 142km on just under 4 mins (we took just slightly longer in reality).


For the ride back, I got us off SH1 as soon as possible and we had a second run-in with some woolly obstacles on Kawhatau Valley Road - I had to hit the picks and take avoiding action to miss the ewe and her lamb while Colin had to do the same to avoid me.  Sounds a bit scary but I did have time to look in my mirror and checkout Colin's moves.

Another trip through the recently travelled Ruahine Road to Rangiwahia and onto Kimbolton for a quick stop and roadside chat. 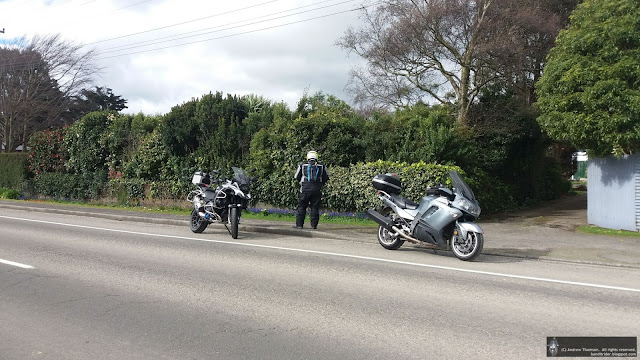 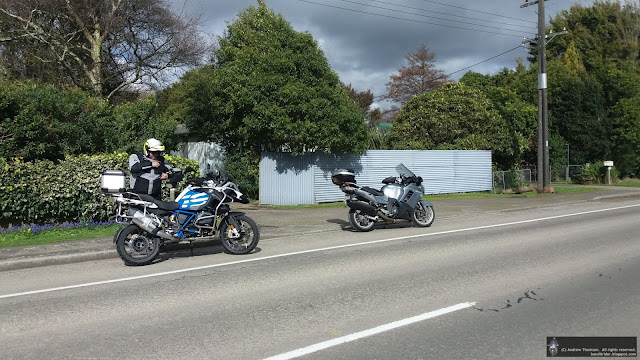 Another 40 odd km of mostly straight roads had us back at my place for a coffee before Colin headed home and I put a Concours with 149,000km on the odo away in the shed...she's still got it!