I was bored the other night so I glued all the pics that the GoPro took on Sunday together...

Phew!  Must've made the grade! 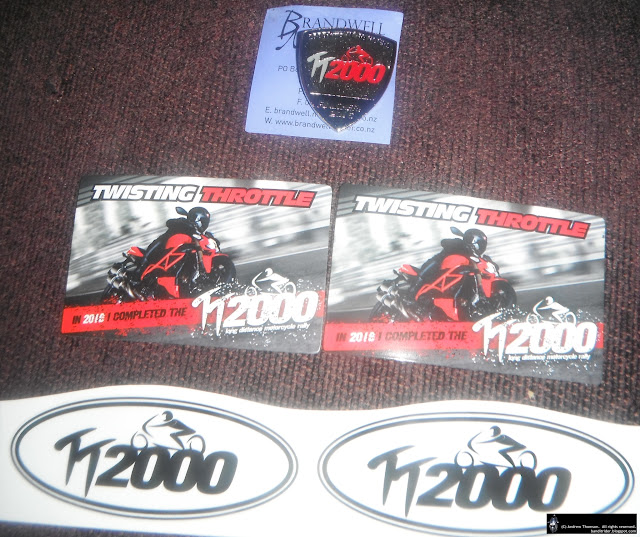 Yeah, the poor old Connie has been neglected for a few weeks so today after spoiling her with a quick bath I saddled up for a nice little run.

Heading out of town I avoided getting run into by a car and demonstrated the effectiveness of my Stebel before having a nice little boogie over the Pahiatua track to warm things up.  In Pahiatua I stopped for fuel as I was not quite sure where I was heading but pretty certain that without fuel it would be a whole lot harder. 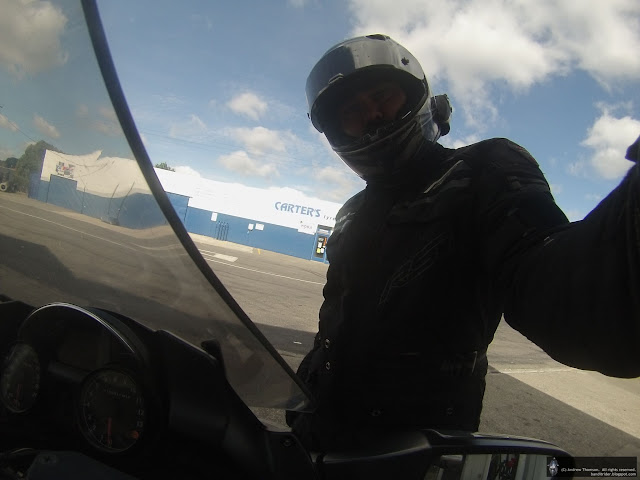 In the end I decided to make for Pongaroa for a start and then see what I felt like from here.  On Mangaramarama road I briefly entered a cycle race before turning right onto Pahiatua-Pongaroa road. 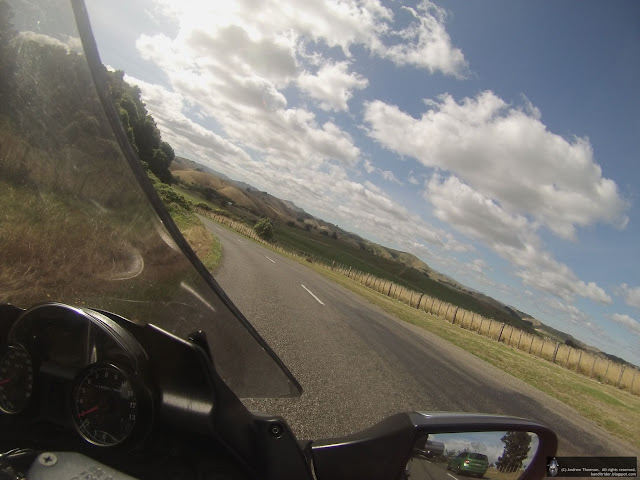 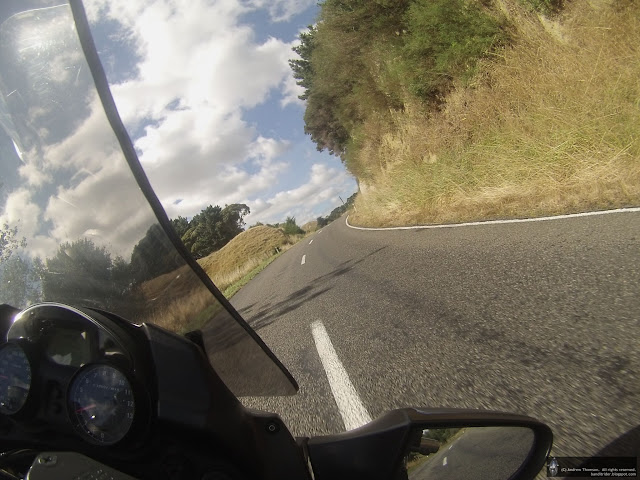 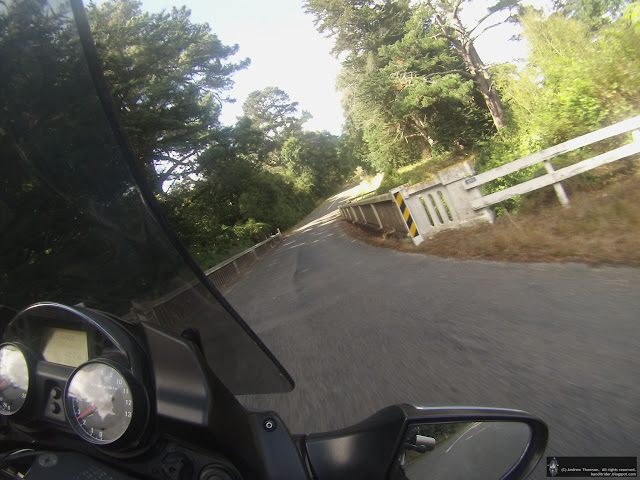 Climbing up out of Makuri I ran into a gaggle of campers coming the other way (thankfully) but was soon up and over the hill and into the wind. 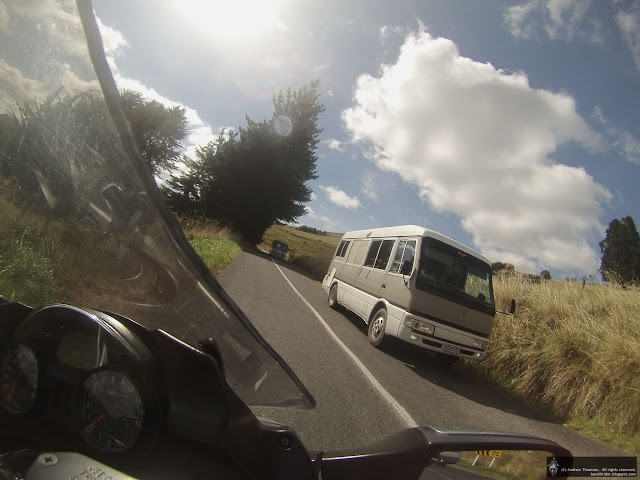 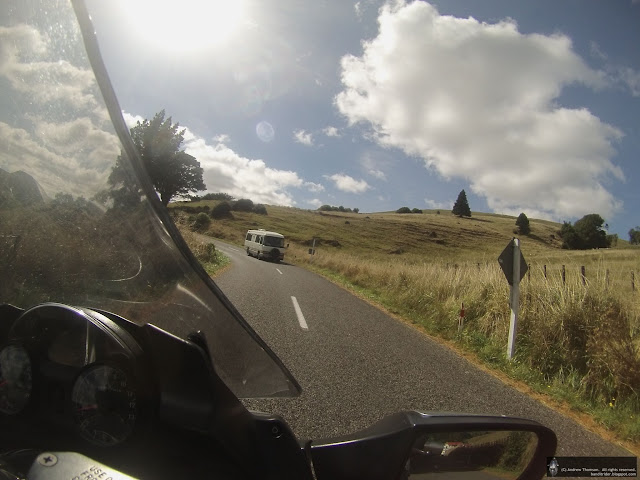 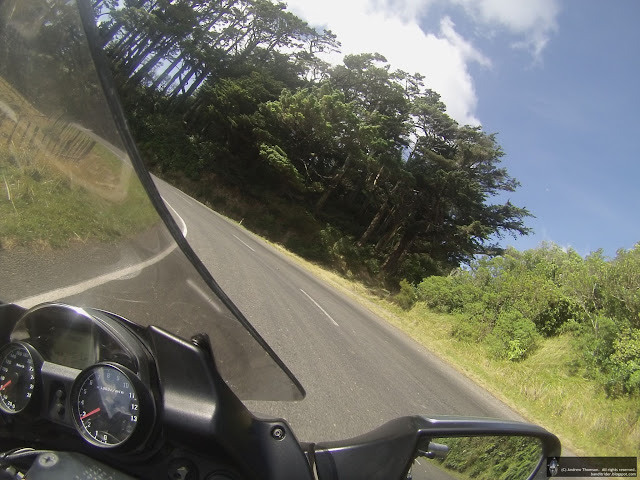 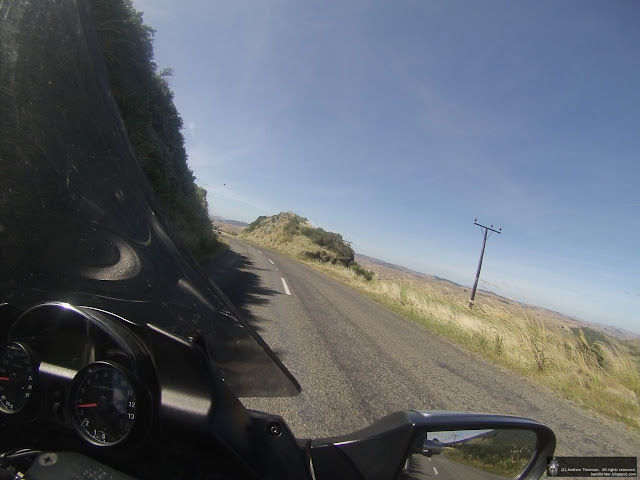 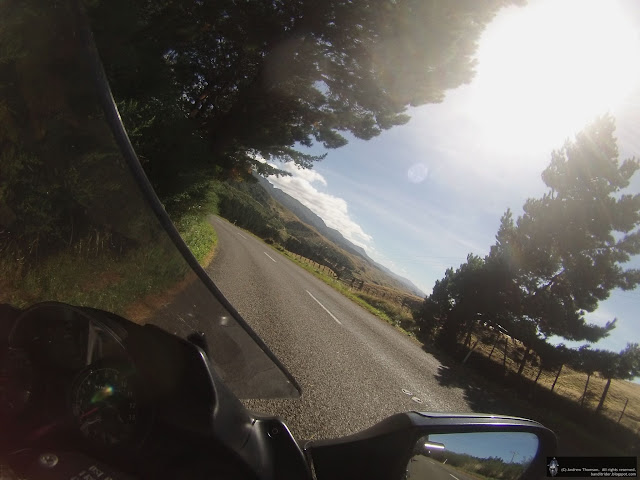 Dropping down the other side there was quite a long section of new seal with plenty of chip still on the road.  The wind made this a little more interesting than normal as I needed to keep my speed up to hold a decent line through the mess... 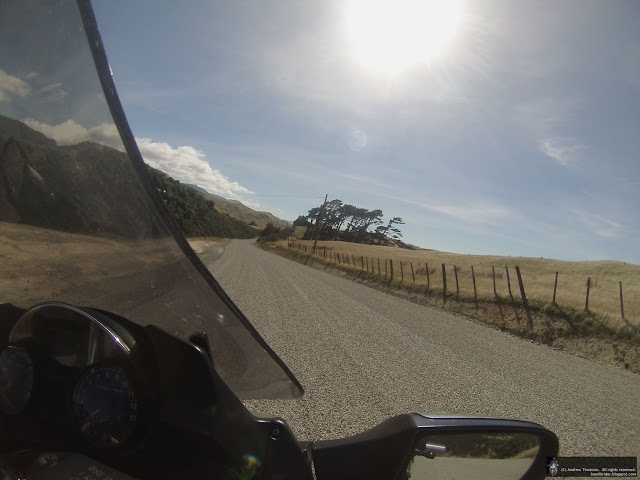 Then there was this lot who decided to cross the road in front of me: 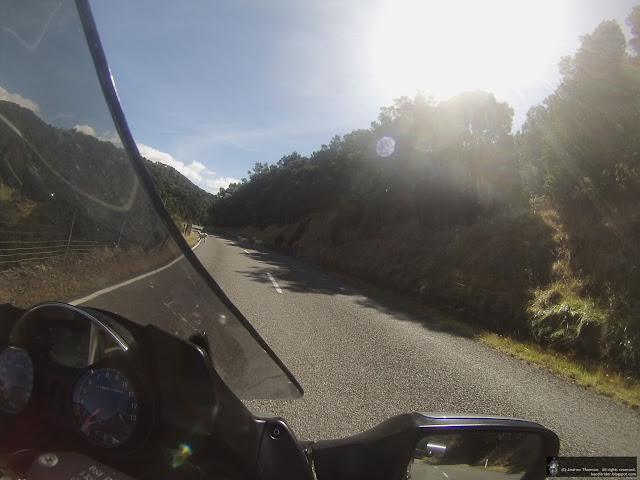 I'd also bought my good camera with me so I need to find an excuse to get it out.  A nice little bridge gave me the chance. 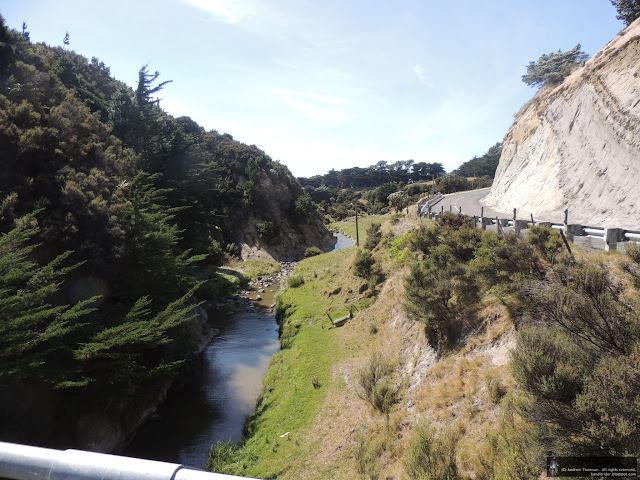 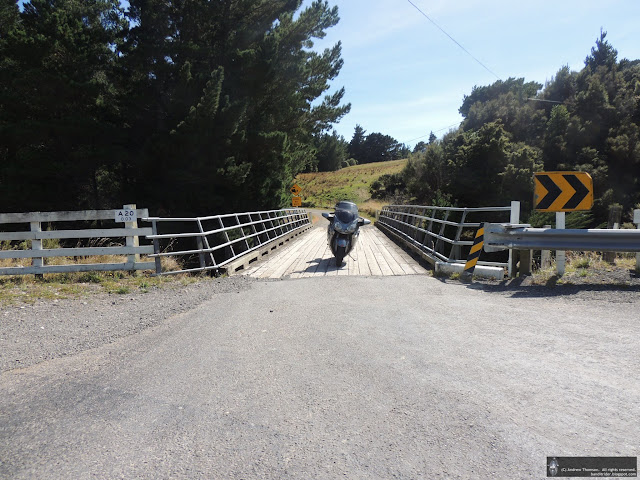 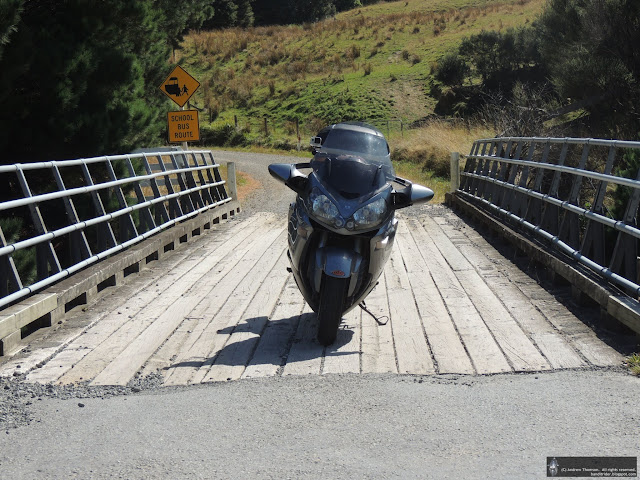 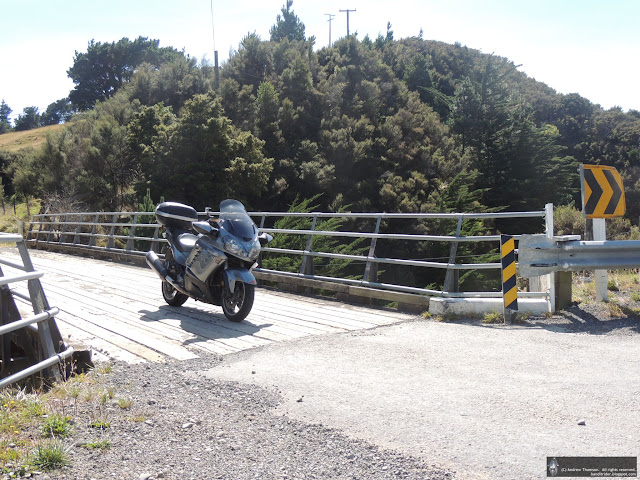 Pongaroa was just up the road from the bridge and here I turned left on 52 to take me through to the Weber road.  Rather than carry on further up 52 I decided to cut the ride a bit short and instead turned for Dannevirke. 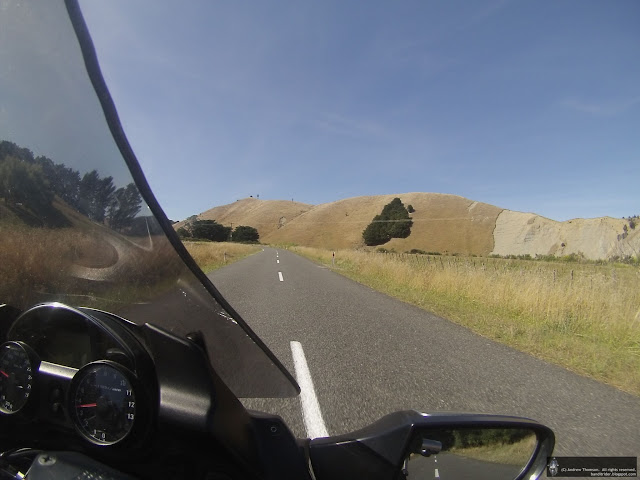 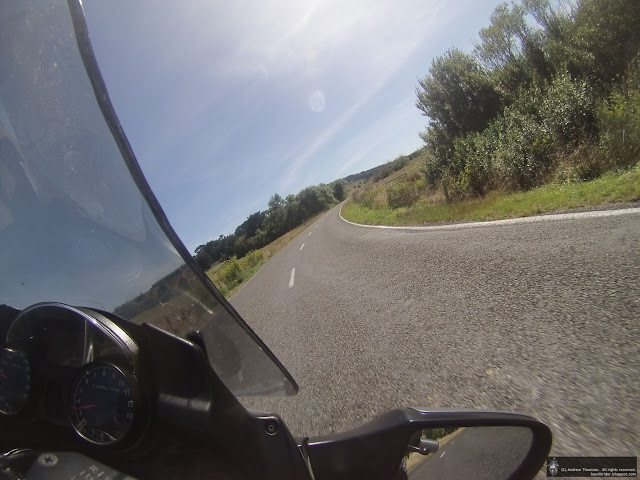 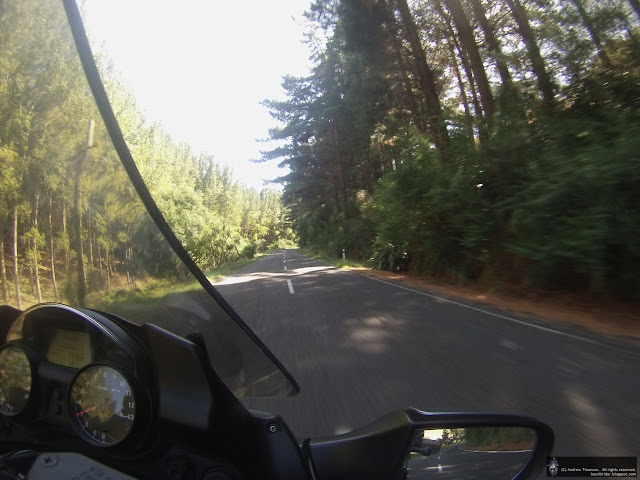 Coming into Dannevirke I started to slowly catch another bike and after getting a wee peek at the side of the bike and then it's muffler, I worked out that it was an Africa Twin.  Getting closer still I started to think that I recognised the rider's jacket...and then his helmet. 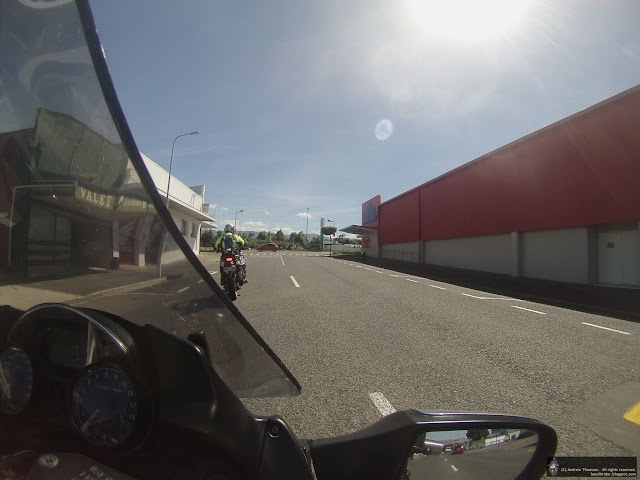 By the time we stopped at the intersection, Colin F had recognised the headlights in his rear view mirrors and pulled over and mentioned "sandwich".  We crossed the road and went hunting...

Over lunch we naturally talked bikes and Adventure bikes in particular.  No, he hadn't bought the AT (yet), he was just out test riding it.  It was the DCT model and he had plenty of good things to say about the bike and the transmission in particular, hmmmm.  Note he's removed the screen as he said it was giving him too much buffeting. 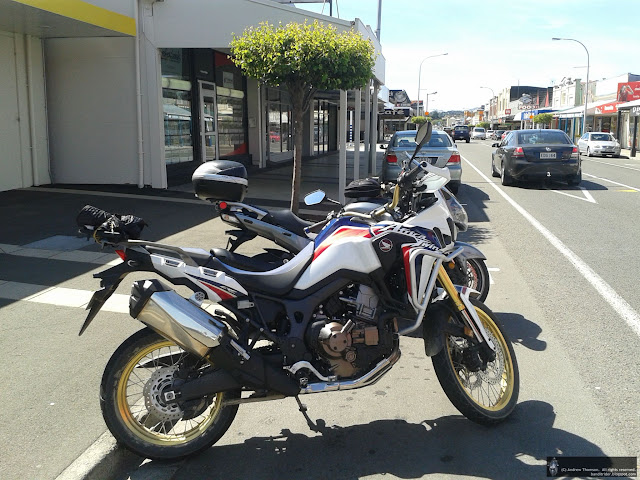 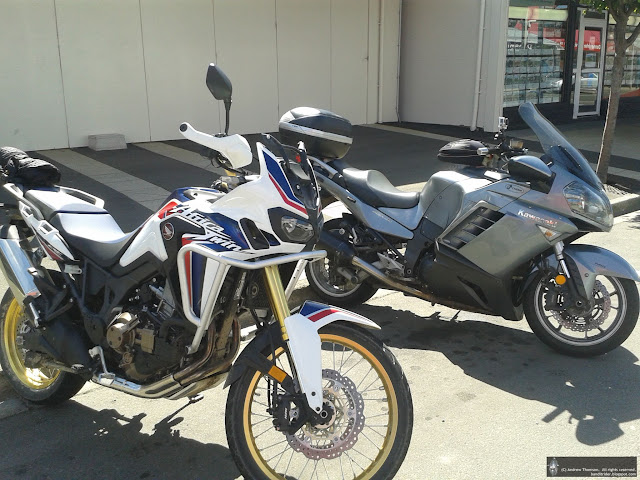 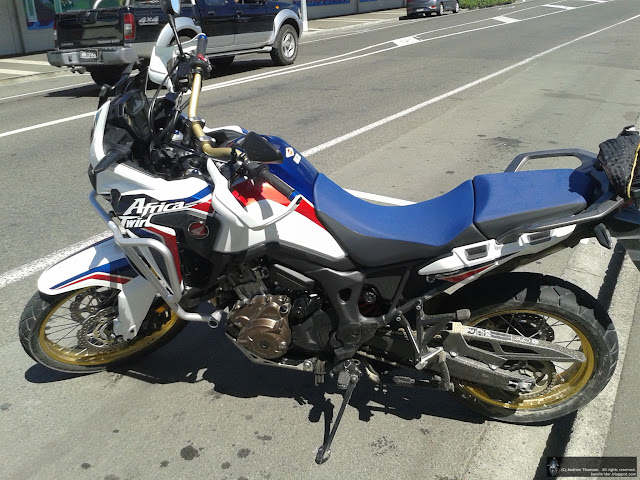 After lunch I followed Colin through to Woodville where we avoided being killed by a 4WD doing a U-turn in front of us and made for the Saddle.  Turning off the main road, Colin gave the AT a squirt so I had to have my own back and passed him coming out of the next corner.

We had a great ride until we caught traffic and then ran into roadworks dropping down the Ashhurst side.  in Ashhurst I said goodbye to Colin, quickly said gidday to James and Monie before going tag hunting.

I finished up the ride with a coffee at my folks and stopping to select a new tag.