Top of the South Adventure - Day 1

So, as I mentioned the other day I was forced (ahem) to take some time off work so I thought that I'd best make the most of it and plan some sort of adventure.  After a fair amount of day dreaming I finally came up with a plan which would take me and the mighty DL down to Nelson to catch up with my sister (and family of course) and sample some Southern Gravel.  Timing wise the week before Easter looked good as the Omaka Classic Fighter airshow was on too...

In my grand scheme I decided that I was going to make the most of my time off by making sure that I got an early ferry down and a late one back so I could maximise my time in the South Island.  And so it was that I was dragging myself out of bed at 4:27am on Tuesday morning (alarm set for 5) and making my way down to Wellington and the ferry.

The ride down was dark and pretty uneventful but it is possible I was still asleep and the DL was just following it's nose...The guys on the ferry were great and I barely had time to take the pics of the bike on the wharf before they let me on (before the cars) to tie the bike down - I was sitting down to breakfast before we even had cast off!

The trip across was perfect and involved breakfast, a movie, watching some dolphins cross the bow and then enjoying the cruise into the Sounds.

Landing in Picton the guys on the boat were superb again in telling me that as soon as the ramp dropped I could go - awesome!  Before starting the afternoon's adventure I popped into Picton for fuel and to pick up some lunch and then I was off onto Queen Charlotte Drive.

My first stop (and I had a few for a change) was in Ngakuta Bay where I decided it was time to nibble on half of my subway sandwich.  A very nice spot for a picnic!

I was only really back on the bike for a short time before it was time for another photo stop at the wharf at Grove Arm.  More great views.

Next up was a short little detour off Queen Charlotte Drive and into Anakiwa where I could look back across to the wharf in the above picture.

Retracing my steps back to Queen Charlotte Drive I rode another couple of kms before turning off again to ride the winding roads through to Portage.  The below video is just a sample of the roughly 40km of twists and turns into Portage.


In Portage it was time for the rest of my lunch and of course a few more pics.

After my snack and a bit of a wander around I had a bit of a look at the GPS and decided that Maybe I'd press on and investigate the far end of Kenepuru Sound.  Eventually I came to an intersection giving me a couple of choices.  The one I took was heading towards Punga Cove and ended up taking me on the first gravel of the trip - in fact the road up to the summit had some pretty wicked corrugations to deal with, it was much better on the way back down...

On the way back to Portage I made another quick photo stop at Kenepuru Head and I even met a local.
Now all I had to do was to retrace my steps back to Queen Charlotte Drive, ride the last little bit into Havelock and then take the main road onwards to Nelson, stopping just once more at Pelorus Bridge for a cold drink.  Day one over and off to a good start! 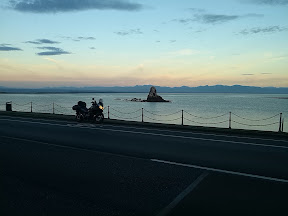 But first a wee stop off 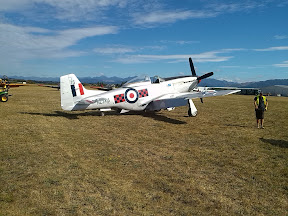 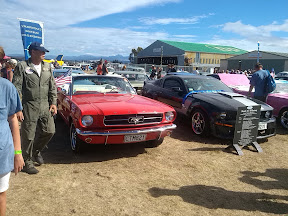 Trundling around the Tasman

Just a quick post with a crappy pic (forgot to Take any pics with the phone at my photo stops). Today started with a blast over the Takaka Hill, trips out and back to Totaranui, Westhaven (and a bit further South) and the Cobb Dam. Then of course a return squirt back over the hill again.

Time for the crappy pic: 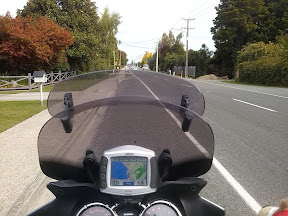 Today has just been one of the greatest day's riding ever! I'll save a bigger explanation until I get back to a proper computer but here's a wee list of highlights: Okiwi Bay, Okuri Bay, French Pass, Cissy Bay, Port Ligar, Bulwer, Elaine Bay... 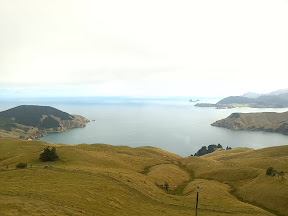 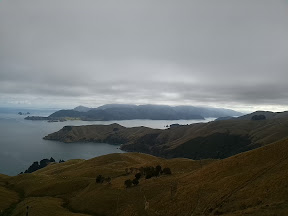 And I haven't even mentioned a return trip over the Wangamoas...
Posted by Andrew Thomson at 7:41 pm 5 comments:

On the road again...

So, l was told to take some leave. 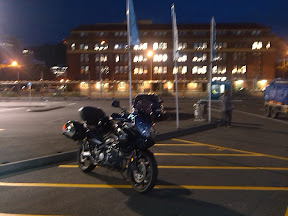 And now I'm off...guess where? 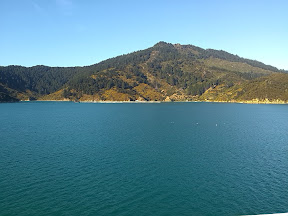 Wonder if I can add an image 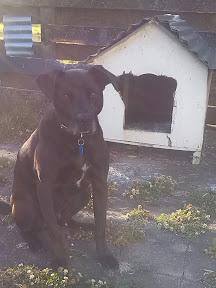 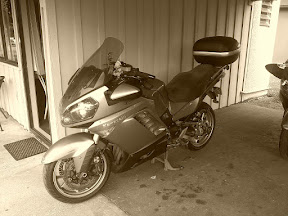 So today I got to finally take the Connie for a quick run to Napier and back and to see if the new bar-ends have had any effect on vibration through the bars.

First up there was some excitement.  At the first intersection after leaving home I discovered that the right bar-end was a bit too snug with the throttle grip and was not allowing the throttle to return under it's own steam.  I carried on for a bit but it wasn't fixing itself so I decided to stop in at work and perform a quick fix.

I started by removing the bar-end and then trimming a bit of rubber off the heated-grip but in the end I wasn't getting anywhere and the knife I was using was a little useless.  So I ended up scrounging around for a washer to pack out the grip a little - instant fix!  Something to think about next for next time I'm doing any work with grips/bar-ends etc: always check the throttle action when finished!

The ride up to Napier and back was pretty uneventful except for the heat and then roadworks and a cow on the loose when I crossed the Saddle coming home.  As for the bar-ends?  Well, I'm really not to sure - it's been three weeks since I rode the Connie and in the meantime I've been riding the V-Strom with all her chunky vibes...I will say though - she's smoother than the Vee!

They do look nice and shiny though...
Posted by Andrew Thomson at 8:07 pm 3 comments:

With the Connie performing flawlessly (as usual) on the TT I decided she needed a bit of a reward in the form of some little shiny farkles.  The farkle of choice this time was some heavier bar-end weights from Projekt D.

The idea behind these is that heavier weights can help to reduce engine vibration through the bars.  Now, the Connie is very smooth once you're rolling but after a long period of time riding at the legal limit I do notice some tingling in my hands.

Unlike some farkles fitting the bar-ends couldn't be easier.  One bolt to remove, a dab of thread lock on the new bolt and then screw the new end on - piece of cake!

I would have preferred it if the ends were black like the originals (the Connie doesn't need any chrome - chrome does not get you home) but they still look ok on the bike.  Hopefully tomorrow I can give them a wee test to see if they have made a difference.

After that little job was done something truly miraculous happened... 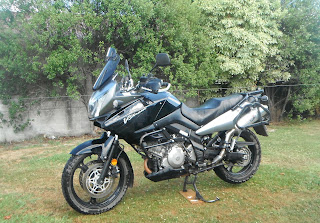 Alrighty then, it's finally finished and up for the world to see.  It is possibly even accurate!  Hope you enjoy! 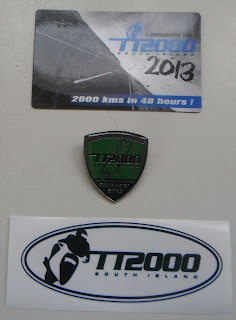 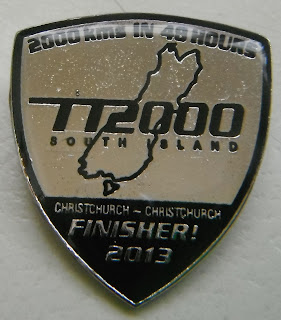 Apart from the fun of riding all over the South Island like mad men...
Posted by Andrew Thomson at 5:38 pm 2 comments:

This weekend was another cracker (even though it's supposed to be autumn) and after not doing a lot on Saturday I decided that I had to get in a little ride.  After putting 3k on the Connie last weekend I thought that it was time for the DL to see some action.

As we haven't had any significant rain for I don't know how long, I decided that North Range Road should be pretty dry and that if I took it carefully I shouldn't get into too much trouble.  I was right on both counts and kinda had to go out of my way to find the odd puddle to splash through...


The above video just shows you the more "gnarly" sections of the road, the rest of the road is pretty good gravel and you get a lot of good views of the windmills and out across the Manawatu. 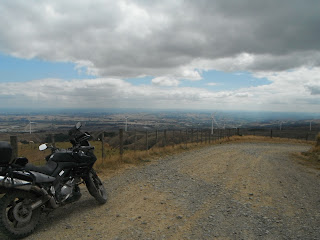 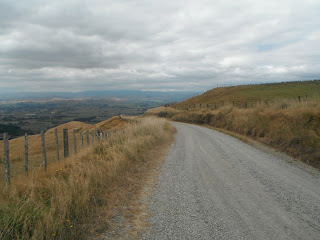 After dropping down of the ridge (after North Range Road becomes Hall Block Road) I simply pottered in Ashhurst for a quick bite before cruising home.  A cruisy little ride of only about 70km or so.