So today I undid a some of the work I did last weekend but have ended up with an even better result.

As I've mentioned before I would have preferred to be able to setup my little tank-bag so it can fit both bikes and contain all the electrical dohickeys that I might need on the road.  Until now I hadn't been able to make the tank-bag work on the Connie as it wanted to sit on the built-in glove-box which meant it couldn't clip into the retaining ring.

Today I rustled up a spacer to go between the tank bag and the top ring which then fits onto the bottom ring mounted on the fuel tank.  I cut this out of a piece of nice thick plastic and bolted it to the tank bag.  I still had a little issue with the pin which holds the two rings together hitting the glove-box.  A couple of washer for a bit more packing on the bottom ring sorted this out.

Then, just because I could I swapped the two 12v sockets that were in the tank-bag for the new setup I bought last week.  Now there is one 12v socket and the dual usb charger in the bag.  I can still plug in one of the twin plug usb chargers into the 12v socket if I need more than 2 usb devices charging at once.  I also removed the switch from the system as the Connie's accessory power is switched already - I will also change the wiring on the V-Strom so it has switched power too as I don't think I need the bag to be hot all the time. 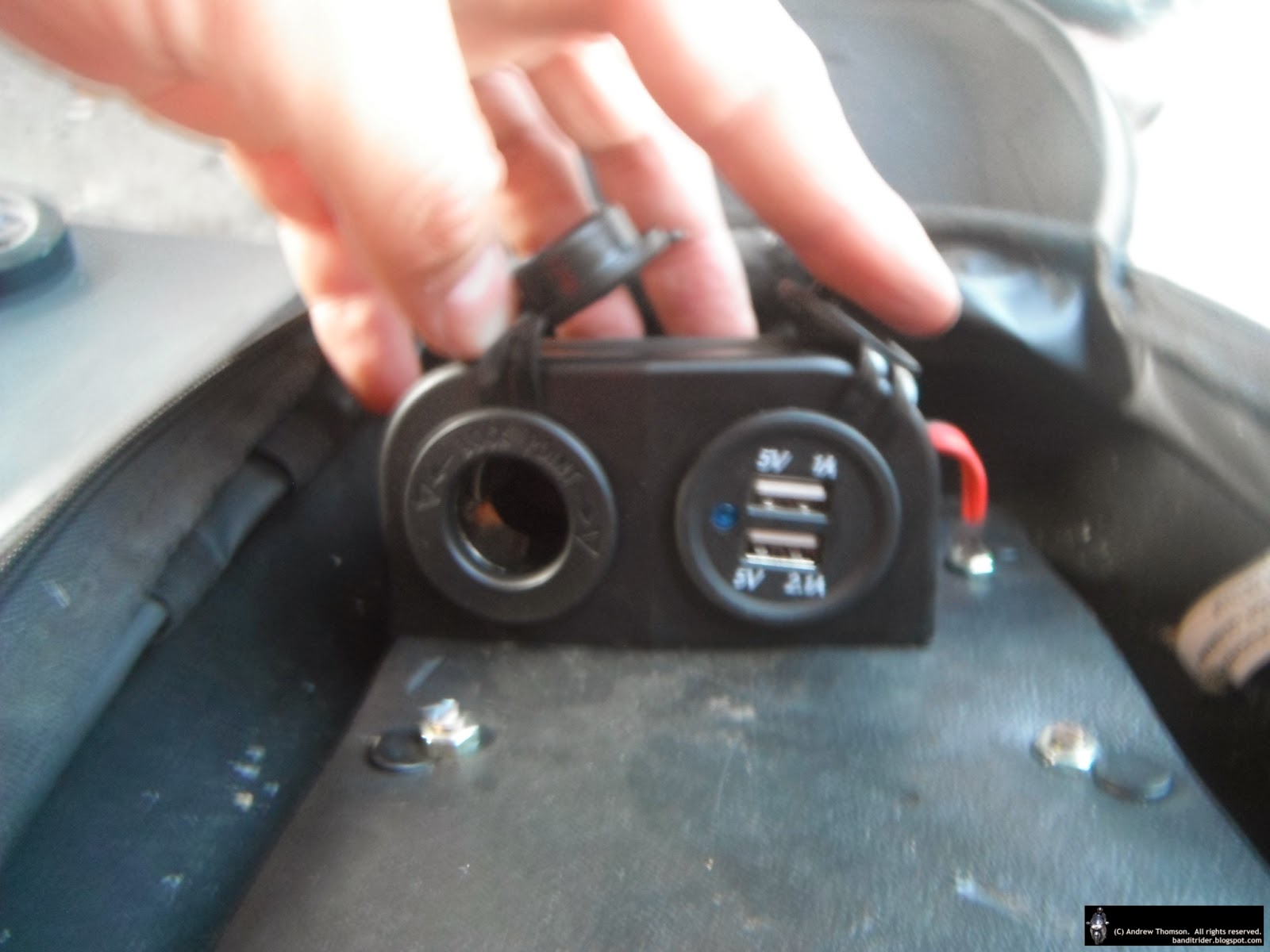 The next thing I had to do was to wire in a quick release plug inside the glove-box.  Now the plug from the tank bag can be passed into the glove-box (the lid can still close) and plugged into the ergs.

So now I've got back the room in the glove-box that the usb charger had taken up and also can make use of the tank bag too.  Oh, and wonder of wonders, everything works and nothing blew-up...
Posted by Andrew Thomson at 7:24 pm