So apparently I'm getting old.  Well, at least that is what one other Concours owner (who may or may not live in Ashhurst) said when I told him I'd made the purchase described below...

While I may be getting old (although I don't appear to be catching up to a certain Ashhurst Connie pilot), I am also getting used to the comfort of the Tenere's riding position.  It is slightly more roomy and also has a more upright riding position.

I can't do much about the legroom.  There are people out there that have lowered their foot pegs but that is not an option as I have been known to give them the occasional shine up on the road and I do not want to be doing this on every second corner.

So that leaves me with playing with the handlebar area.  To give me a slightly more upright riding position and to hopefully offer more comfort to my arms, back and shoulders I decided to try a set of bar risers. 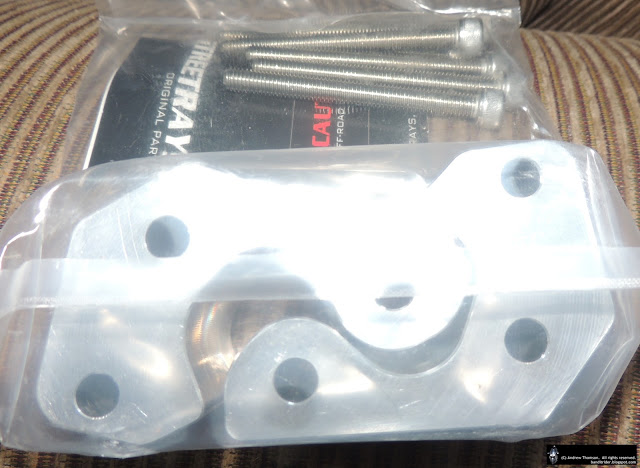 There were plenty of options on E-Bay and I had a bit of a hunt around before settling on a set of 50mm jobbies. 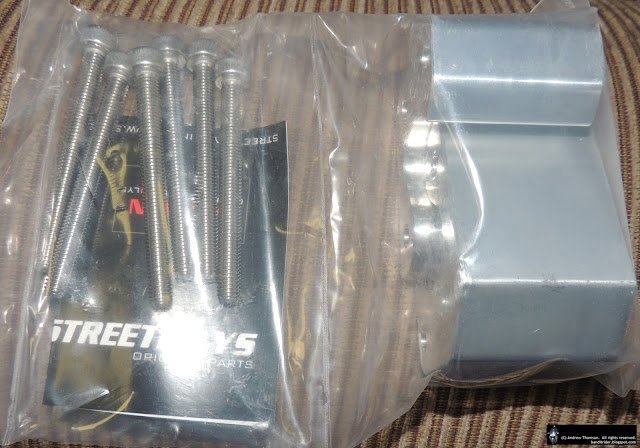 As you can see they came with some longer bolts but I also have my GPS mount bolted to the handle bar mounts so I bought another 4 slightly longer bolts just in case. 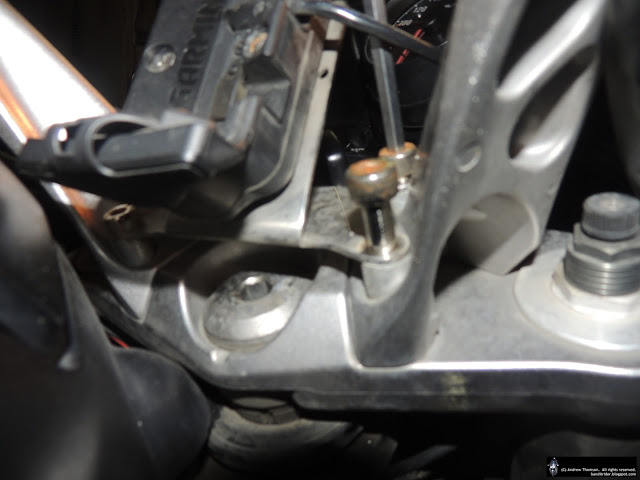 On my initial attempt at installing I decided that I didn't like how much pressure they were placing on the brake and clutch lines so I found someone with some engineering skill how was able to take 10mm of each riser.

Once that was done it was time to fit.  This was a pretty simple job and the risers even had a thread tapped into them to allow the repositioning of the brake/clutch lines so that there was enough slack in them.  Shaving off that 10mm also meant that I didn't need those flash stainless bolts I bought either. 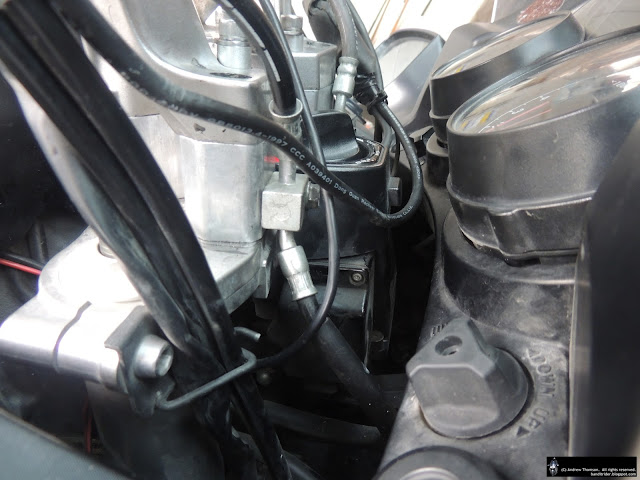 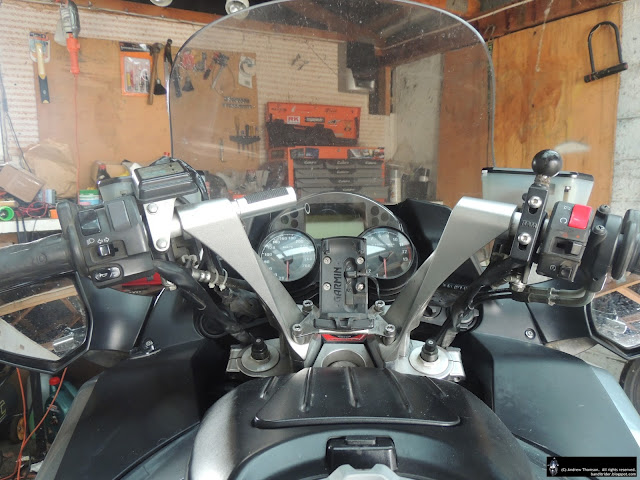 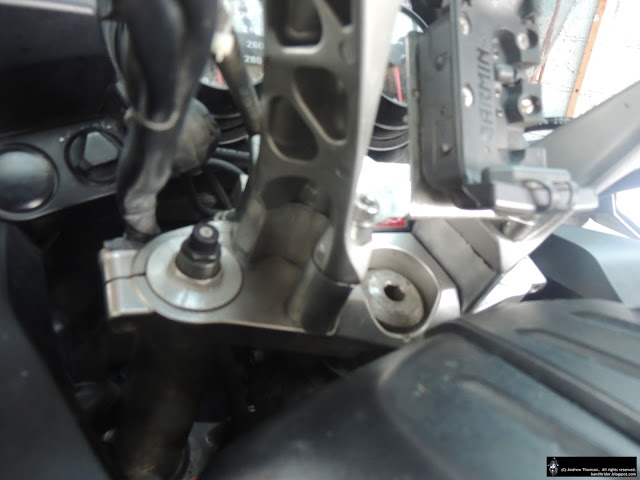 So they're on now and I've only really ridden the bike around 50km with them on so no decent distance to test comfort but I can say that they haven't had any detrimental effect on comfort or handling.  Swapping from the Connie to the Tenere (just with the bikes on their main stands) demonstrated a pretty similar feel with the only really noticeable difference being the width of the bars - the S10 having the wider jobbies.

I'd better plan in a decent pootle...
Posted by Andrew Thomson at 8:05 pm