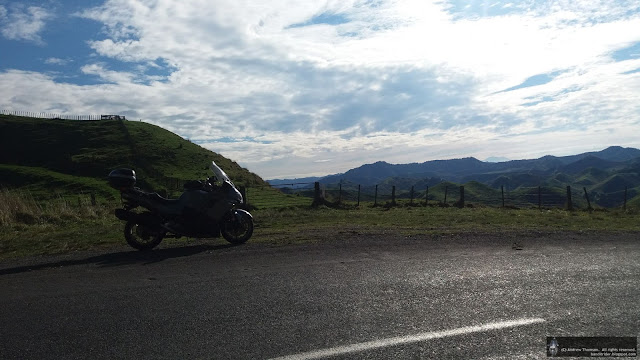 It's a long weekend here and yesterday was supposed to be the best day of the weekend weather-wise (forecast is holding true so far) so I took the opportunity to give the poor old Connie a quick run.

I decided that perhaps lunch in Hunterville sounded ok but that I should probably make sure that I got in a decent ride.  So rather than a direct route over Vinegar Hill, I made my way to over to Marton first.

From Marton I checked out Makuhou Road which is always nice but this time around showing wintry signs of fallen leaves and twigs along with metal dragged out onto the road near driveways and farm gates.

A little sealed taste of Turakina Valley Road got me back out onto the main road where I followed a monkey with a death wish for a while - double yellows on corners not seeming to phase him too much.  Unfortunately the cop at the top of the hill by the turn-off to Ratana didn't seem to catch any of the action...

I let him go and then turned off to Fordell to make my way through the back roads to Hunterville.  The roads through here were also pretty dodgy with plenty of wet roads (the kind of wet where they won't be dry until spring), patches of road works and new seal.  There was also more stock on the road than I've seen in ages - 2 steers on different corners and a mob of about 8-10 sheep.

Just above the intersection at Ongo Road I thought I'd better stop for a few phone pics: 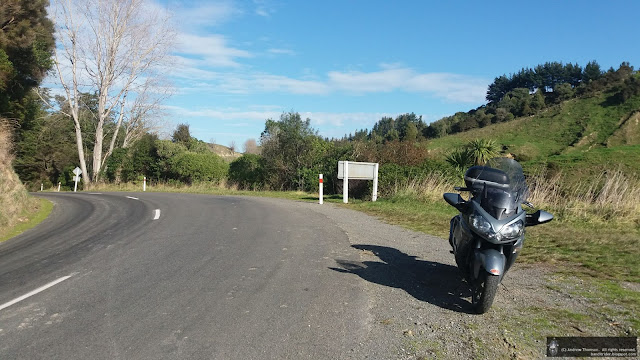 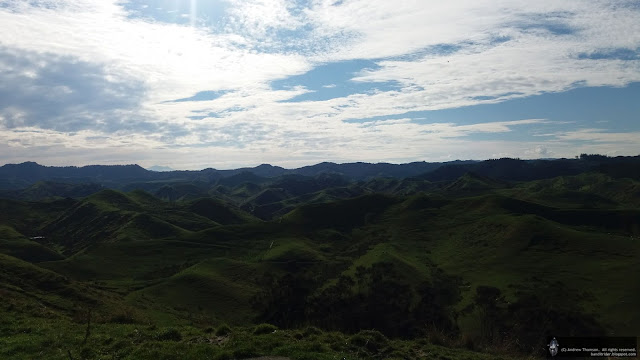 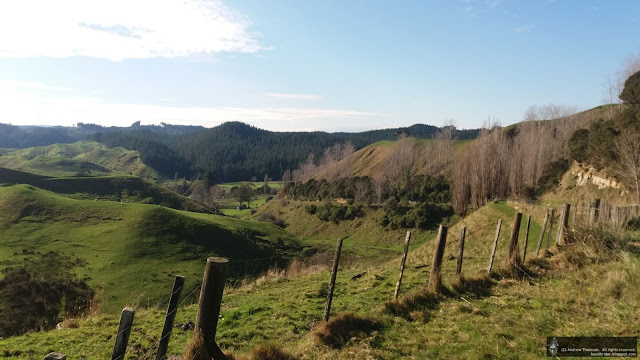 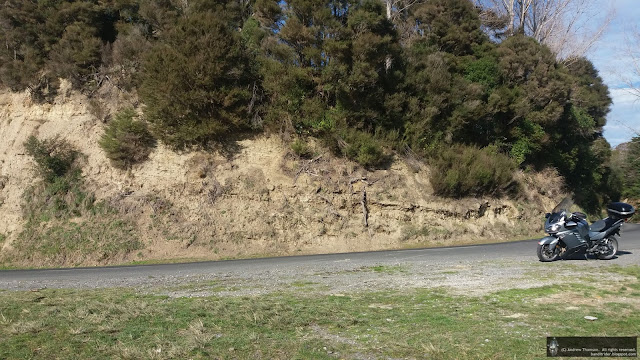 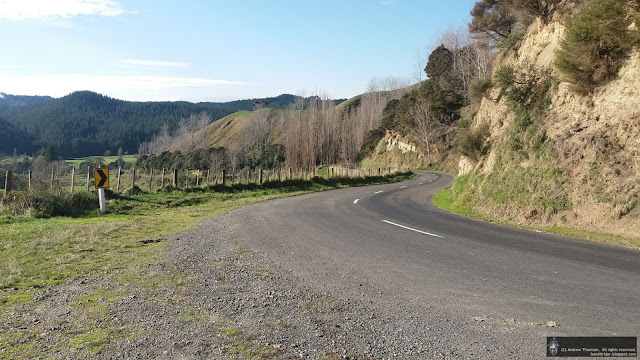 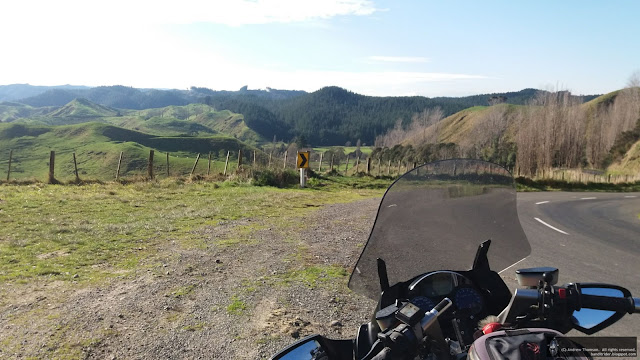 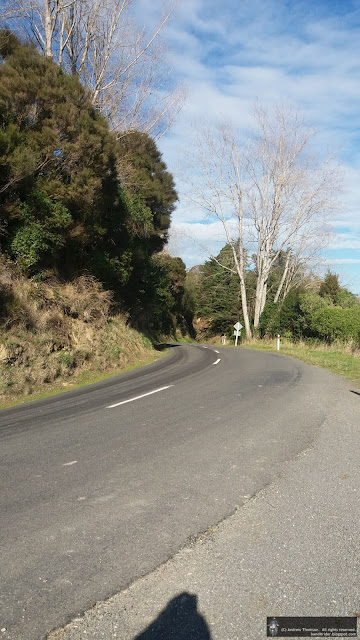 Google even liked one of them enough to do this to it: 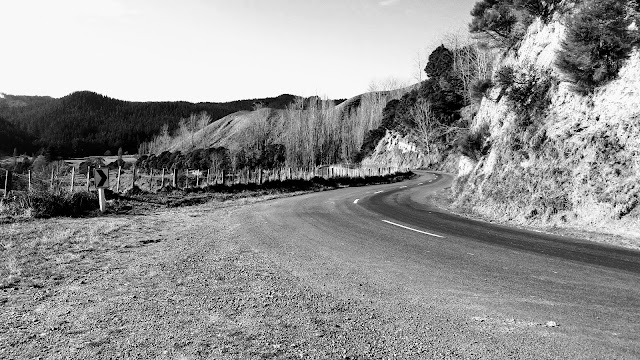 At the bottom of this hill is the intersection and I timed it just right - I managed to turn towards Hunterville just before a huge mob of sheep arrived on the scene.  It looked like they'd just be shorn or something and were being driven back towards their paddocks.

By now the old girl was getting lowish on gas but as I rode into Hunterville I didn't feel like stopping for either fuel or food so did some quick sums and decided that I could easily make Feilding on the gas I had.

My trip over Vinegar Hill was fairly sedate and I had to wait at the lights again before the charge up the hill to the lookout.  I didn't bother stopping as there were quite a few cars parked up taking in blocking the view.

Not far from the summit my fuel light came on but there was only around 20km to go until I hit Feilding and I'd even be able to make Palmy if I wanted.  In the end I made the quick stop in Feilding and then cruised home.  Google reckons around 200km and 3 hours, 9 minutes for the trip - I guess they don't own in Kwakas...

Posted by Andrew Thomson at 2:15 pm