Maybe not since I've been for a ride but definitely its been a while since the poor old Connie got out for a pootle.  What with our Covid lockdown and then a long wait for a new battery (thanks lockdown), I hadn't put fuel in the bike since January!  That's just plain inexcusable and now that I've looked that up I will have to go out and apologise to the poor wee girl.

Anyway, that battery was picked up on Friday and went in on Saturday, as did a new headlight bulb and some air.  She fired up straight away with her normal cam chain rattle but pretty quickly settled down to her normal purr...ahhhhhh.

The weather for the weekend was supposed to be pretty average with a lot of rain expected.  Here it didn't end up too bad, I got the lawns mowed on Saturday and after a lot of overnight rain, Sunday turned out quite sunny - so a ride was required!

Funnily enough, Colin was keen for a ride too and after a cuppa at my place we took off out to Kimbolton to pick up the tag dropped there by Phil.

Back on the road we pointed the bikes towards Rangiwahia and after getting blown around a bit up on the tops soon were into more of the tighter, wetter, slipperier stuff. 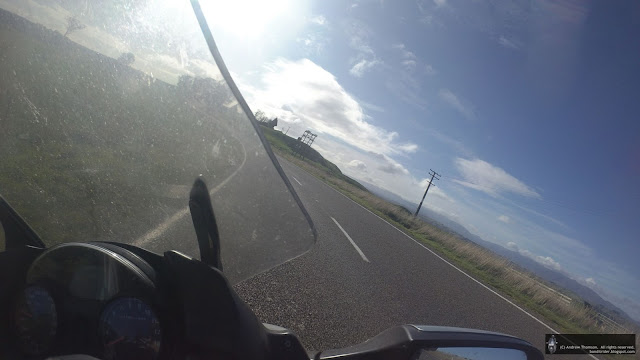 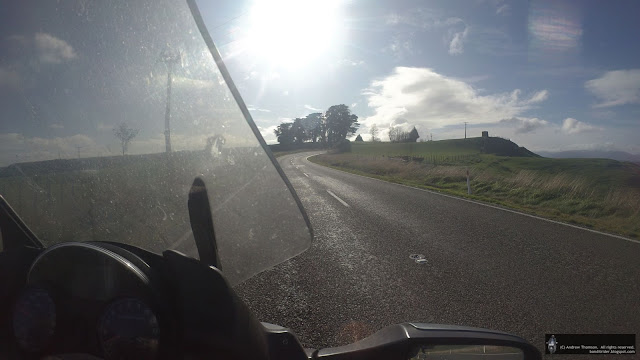 Getting nearer to Mangaweka I decided to flick on the camera as I thought the road might get interesting.  On one side of the river the road is often "green" in winter and can be a bit dicey, on the other side there can be slips with mud and rocks across the road.  Yesterday, it wasn't too bad.

A quick stop just before Mangaweka got a new tag sorted (and it's since been reclaimed by Phil again).  I may have taken a picture or two here before...

From Mangaweka we rode carefully up SH1 to Taihape where we grabbed a late lunch and caught up with the local Tenere rider (Glen) as we hadn't seen him for a week...

We ended up hanging around in Taihape for a while so, after a quick top up, we just turned for home again rather than going further afield.

But, I was having trouble with SH1 again and didn't want to get in any more trouble so we turned off onto Toe toe road to take some more favourite back roads back onto Ruahine Road.

Having re-ridden that small section of Ruahine Road I was keen to take in the ride around Pohangina Valley for a bit more variety.  We even stopped at Eddie's bridge. 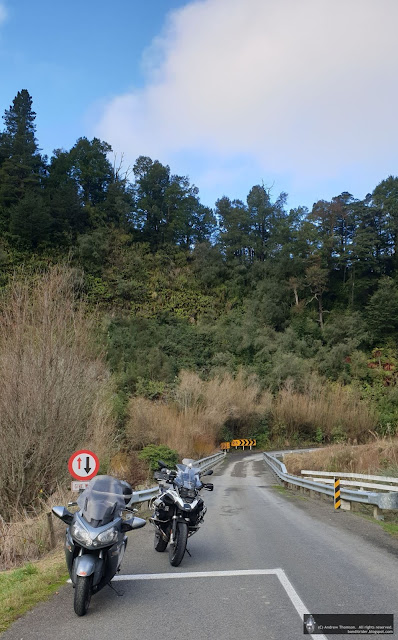 The rest of the trip around the loop was pretty uneventful - except for a slide on some metal/crap and chasing a cow up the road and soon we were in Ashhurst where Colin went one way and me another.  So, just a short ride of around 250km but it was nice to get the old girl out - looking forward to a special ride on her soon...

Posted by Andrew Thomson at 8:10 pm