Waihi falls with the WAR

Last Sunday I managed to get invited on a ride with the WAR (Wellington Adventure Riders) crew - oh, hang-on, I just gate-crashed the party after seeing a post on FB...  Their plan was to head out to Waihi Falls for lunch and take in some of the great gravel (that I'd actually only just recently been on) over that way.

Sunday turned out fairly grey and while there wasn't any rain on my way up to meet everyone at AFC motorcycles, it sure looked like there was the chance of some. 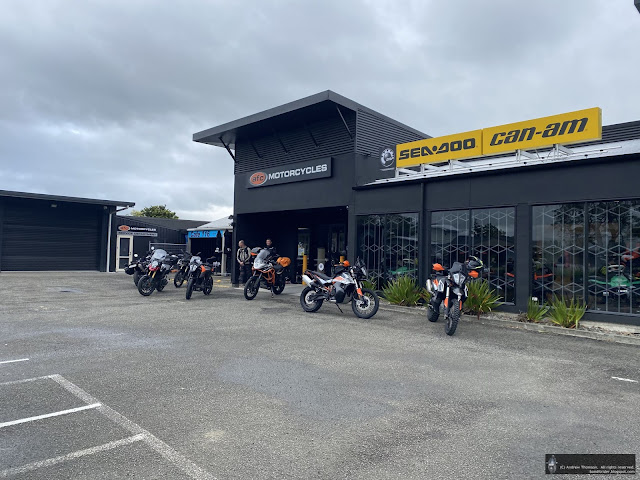 While we were waiting the odd spit of rain did start falling and before we left I put on by rain jacket but not my over-trou.  I didn't even close the vent panels in my riding pants - because I forgot they were open from the last ride 🤦
Anyway we eventually saddled up and made our way out to Ashhurst and then over a damp Saddle through to Dannevirke where we had a quick stop for the bikes that needed juice before hitting the Weber Road as far as the turnoff to Waitahora Road.
This started off as plain old wet tarmac before we finally hit our first bit of gravel.  All the rain had made the gravel settle down nicely but there was the odd slippery bit (especially at about the 2:56 mark).

At the end of Waitahora Road we took a quick recce up Makairo Road.  this road appears to peter out at a bit of a clearing but apparently you can ride right through it - just not on big bikes in wet conditions.  One DR rode in a little way before turning around and rejoining us.  I feel that the WR's may need to investigate further... 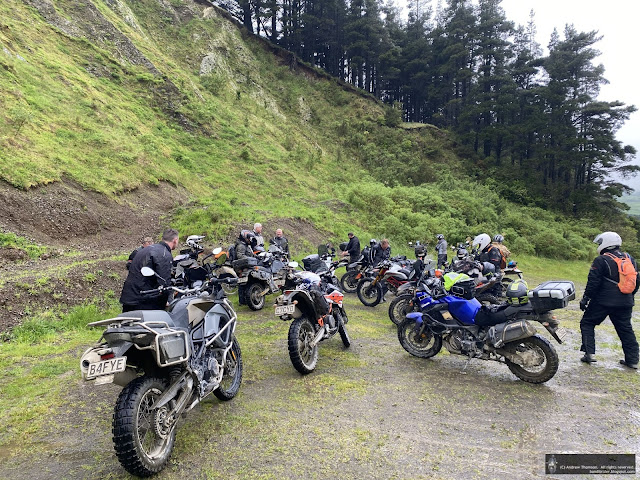 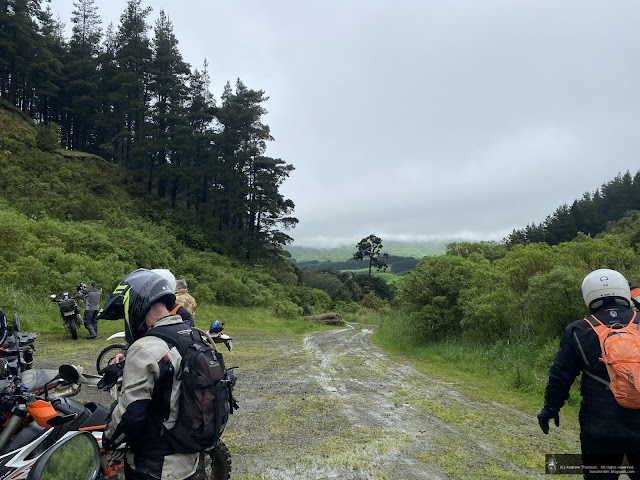 Doubling back we then took Coonoor Road to Towai Road where I was naughty and charged up the hill to the works first before settling down for the drop back down the hill and ride into the falls.  Going up the hill was a blast as usual but on the Eastern side of the hill there were some nice slippery exposed clay to keep you on your toes.

Out of the clay and the gravel was great again.  I managed to sneak past a couple of KTM's and have a real blast, beating everyone to the Falls.  <== Sounds impressive when you don't know that everyone else missed the big sign saying Waihi Falls eh? 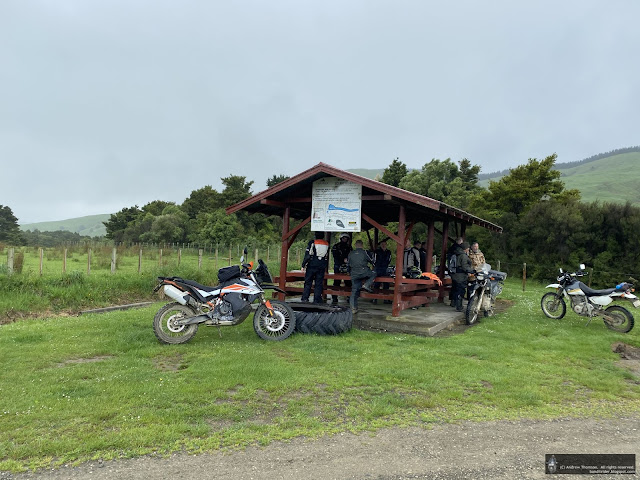 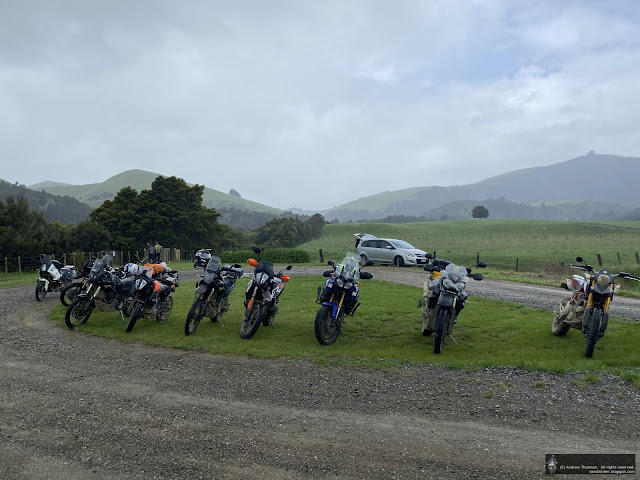 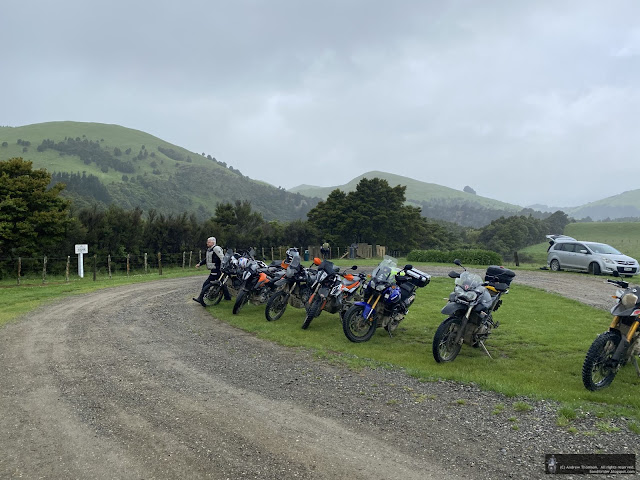 After lunch it was time to retrace our steps back over the hill to the works again and then drop down onto Coonoor Road for more great gravel into Makuri.

A damp Makuri Gorge got us to Pori Road where the seal was actually trying it's best to dry out - yes, it was windy...Once back on the gravel the road was great but with the low cloud the views not quite as nice as normal.

Off the gravel and out on 52, we stopped to have a final chat before everyone went their separate ways.  I led Toots and another damn KTM rider back over Pa Valley Road and into Pahiatua before one last squirt over the track into Palmy. 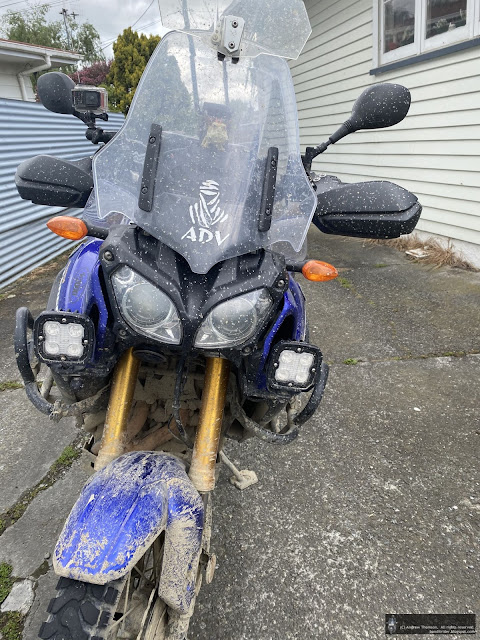 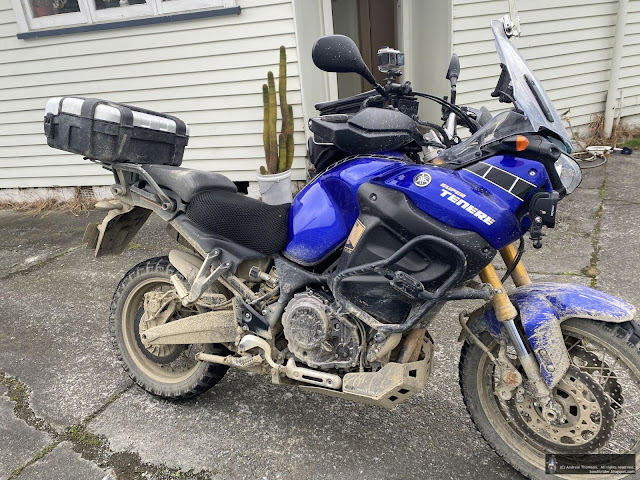 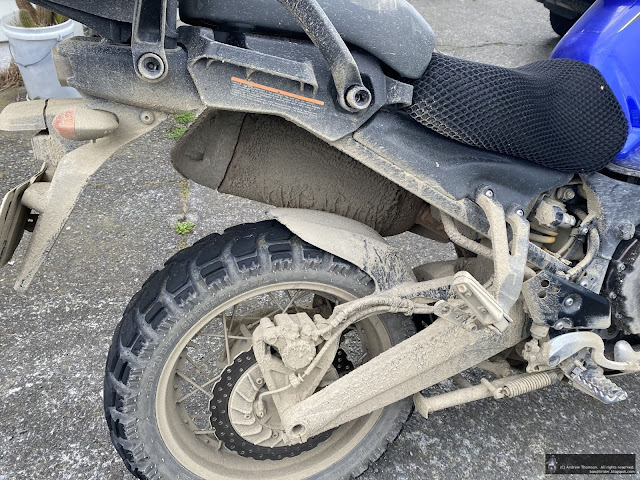