A while ago I put Pirelli Angel ST's on the Connie after hearing some good things about them. Tomorrow they come off to replaced by Michelin Pilot Road 2CT's.
The Pirelli's initially felt great on the bike. The bike felt very nimble and the tyres performed well wet or dry. In fact throughout the time they've been on the bike the front has not given me any cause for concern.
Before leaving on the Grand Challenge and Four Points the tyres looked great with what looked like plenty of life left in them. But on the first day of the Four Points I felt that the rear tyre was misbehaving itself and wandering around a bit on the road - this was mainly on the East Cape road where bumpy corners are the rule not the exception but also evident further on in the ride when the tyres were getting pushed a bit. 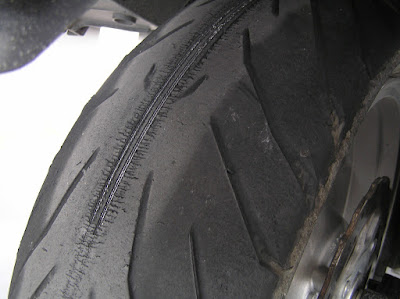 Then in Rawene we got a big surprise. Looking at Brian's rear Angel there were cords poking through the rubber and his tyre had also looked good when he left home. We then looked at mine and were amazed at the wear that had occurred in roughly 1,500km. While on the ferry we managed to locate a tyre in Kaitaia for Brian's Connie and I spent the rest of the trip observing the rapid wear on my tyre.
When I got back home the tyre was still in reasonable shape and I estimated about another 2,000km left in it. 500km into the Capital 1k Cruise I was wondering if I'd make it home...
I made it home and now the bike is booked to get new PR2's tomorrow so I'll be a lot happier knowing that I should be good for another 12,000km. The Angels have just under 7,000km on them and the rear is toast with the front not far behind. 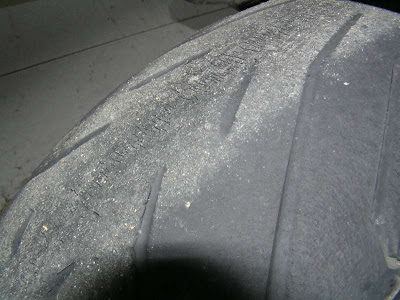 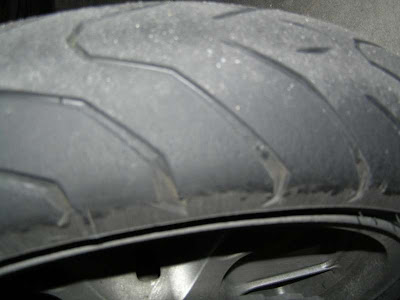 Posted by Andrew Thomson at 7:14 pm