Recce in the Wairarapa

Today's weather was a bit of an improvement on Saturday's but with next weekend out for riding I had to make sure that I got a ride in somehow.  After walking the dog and mulling my options over (walkies is good for that) I decided that I'd hit the Wairarapa and check out a couple of the 2014 TT2000 checkpoints.

I left home in pretty reasonable weather but the track and Mangamire were a bit damp.  Looking further South I could tell that I was gonna hit some rain at some stage and sure enough by the time I was in Eketahuna I was getting watered with a reasonable amount of vigour.

Rather than take the normal and more picturesque route through Mauriceville I stuck it out on the wet SH2 to Masterton.  From Masterton I made my way out to the first checkpoint I wanted to see at Te Wharau.  It turns out that I've ridden all but the last 13km previously.  That last 13km was some nice windies too... 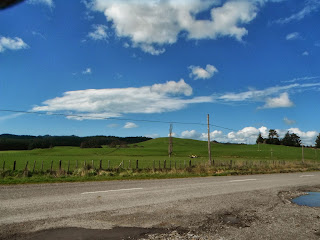 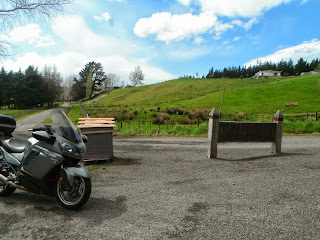 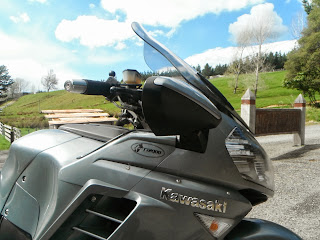 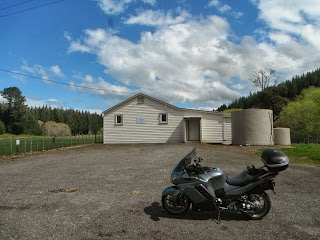 By now both mine and the Connie's tanks were getting low so rather than head onto the next checkpoint I opted to shoot through to Martinborough to locate some fuel for man and machine. 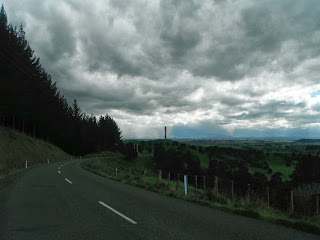 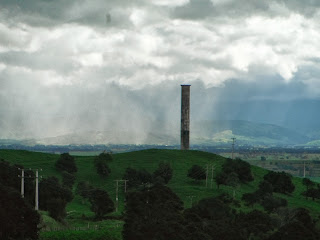 There was more light rain and slippery roads on the way and at one stage Paul Simon was telling me "the nearer your destination the more you're slip slidin' away" - as I was in a tight slippery bit I decided to take his advice and pootled my way into town.

After a quick lunch I sorted out the Connie's fuel problem and then back-tracked a bit towards that second checkpoint.  Getting to it only involved about 10km of "unknown" Hinakura Road.  This section was very windy and narrow country road and the last 1.6km turned out to be some pretty nice gravel (not in Mike's ride notes). 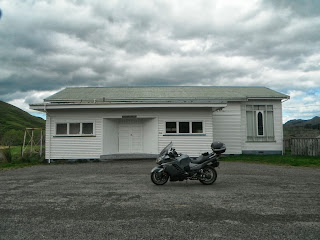 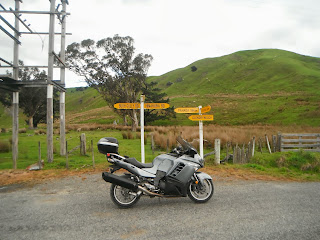 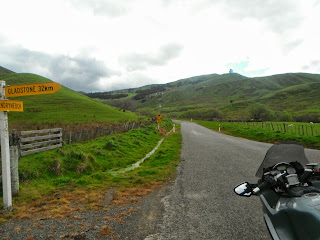 Having succeeded in my mission for the day I told the Zumo to take me home and started to retrace my tracks.  On the way in though I'd spotted some nice views so had to have another quick photo stop. 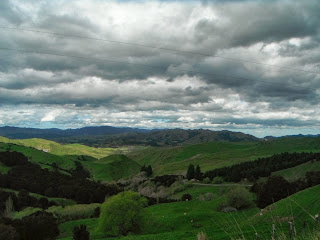 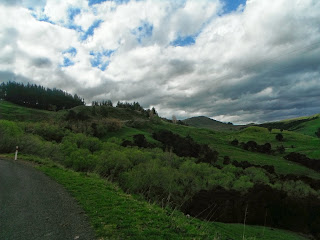 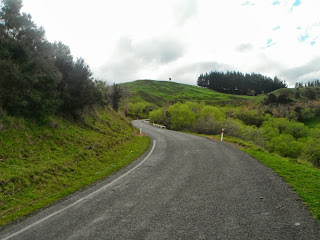 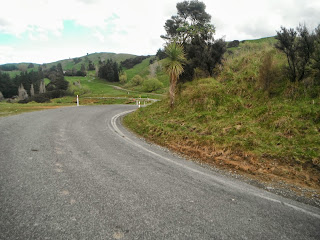 I managed to get into Masterton without too much in the way of rain but headed straight into a bit of a bomb as I left town.  It really came down on me all the way back to Eketahuna - the roads were very wet but nice and clean so I still made pretty good time right through to Pahiatua.

In Pahiatua I decided to ride through to Ballance as the Tagorama tag had been moved there earlier in the week and I thought I may as well grab it.  Trouble is I didn't quite replicate Sam's pic...doh! 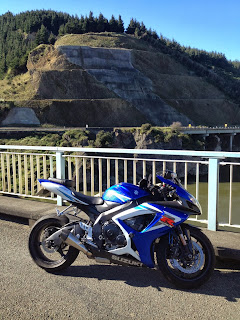 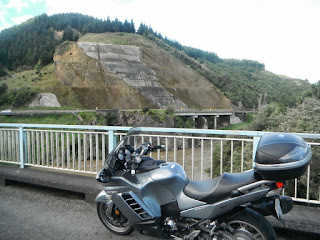 After this last stop the rest of my ride was just a quiet one through the gorge and back into Palmy.  Total distance around 378km and mission accomplished!
Posted by Andrew Thomson at 7:53 pm