Saturday was the date for this year's Coast to Coast ride which raises funds for the local rescue helicopter and so I joined approximately 350 other riders on my fifteenth Coast to Coast.

Mark Cruised around to my place just after 8 and we headed out to Himatangi for the start of the ride at about 8:30.  Once out there we registered for the ride and waited for the kick-off.  We were soon joined by Dad and a few others that we often ride with. 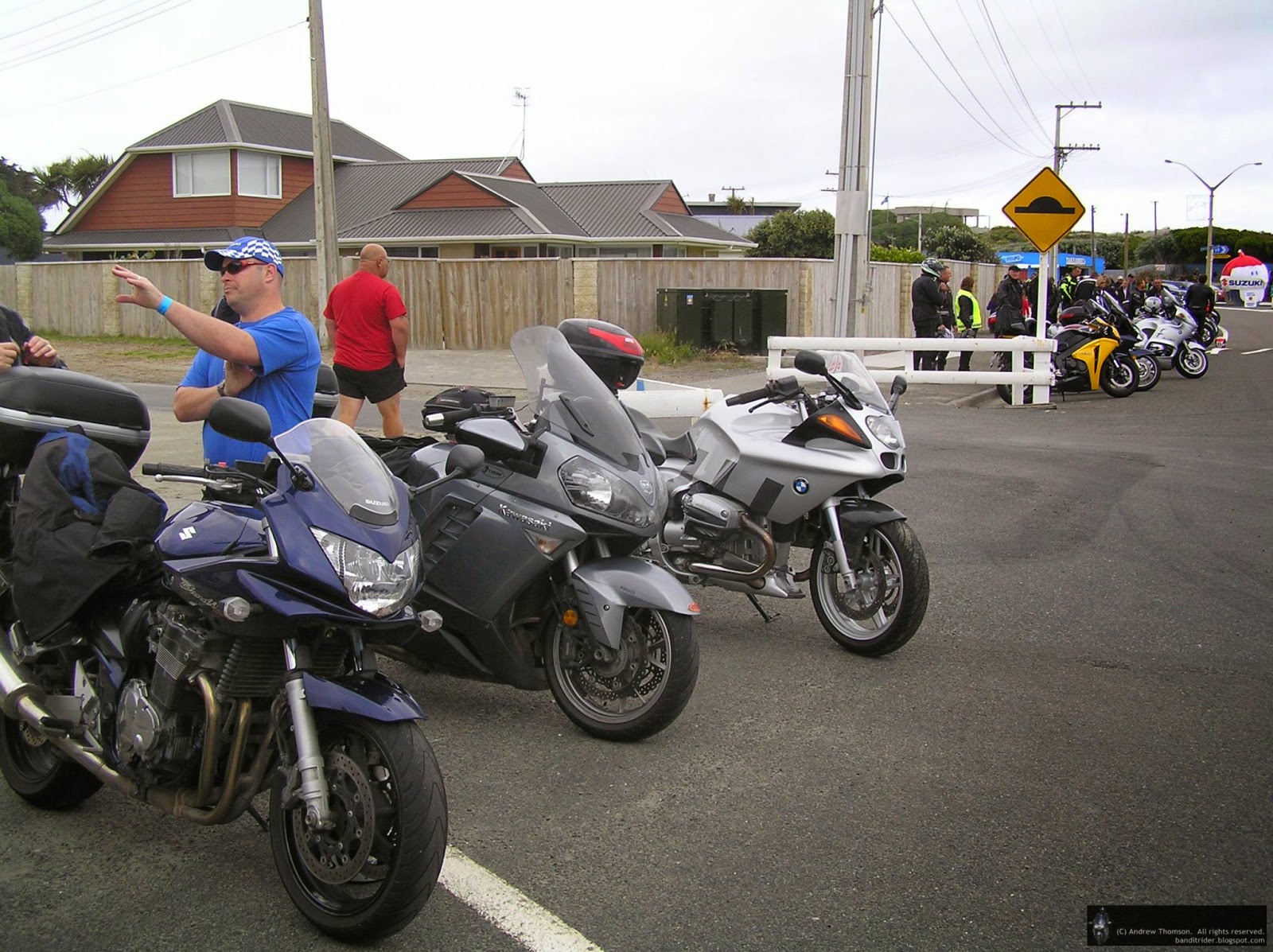 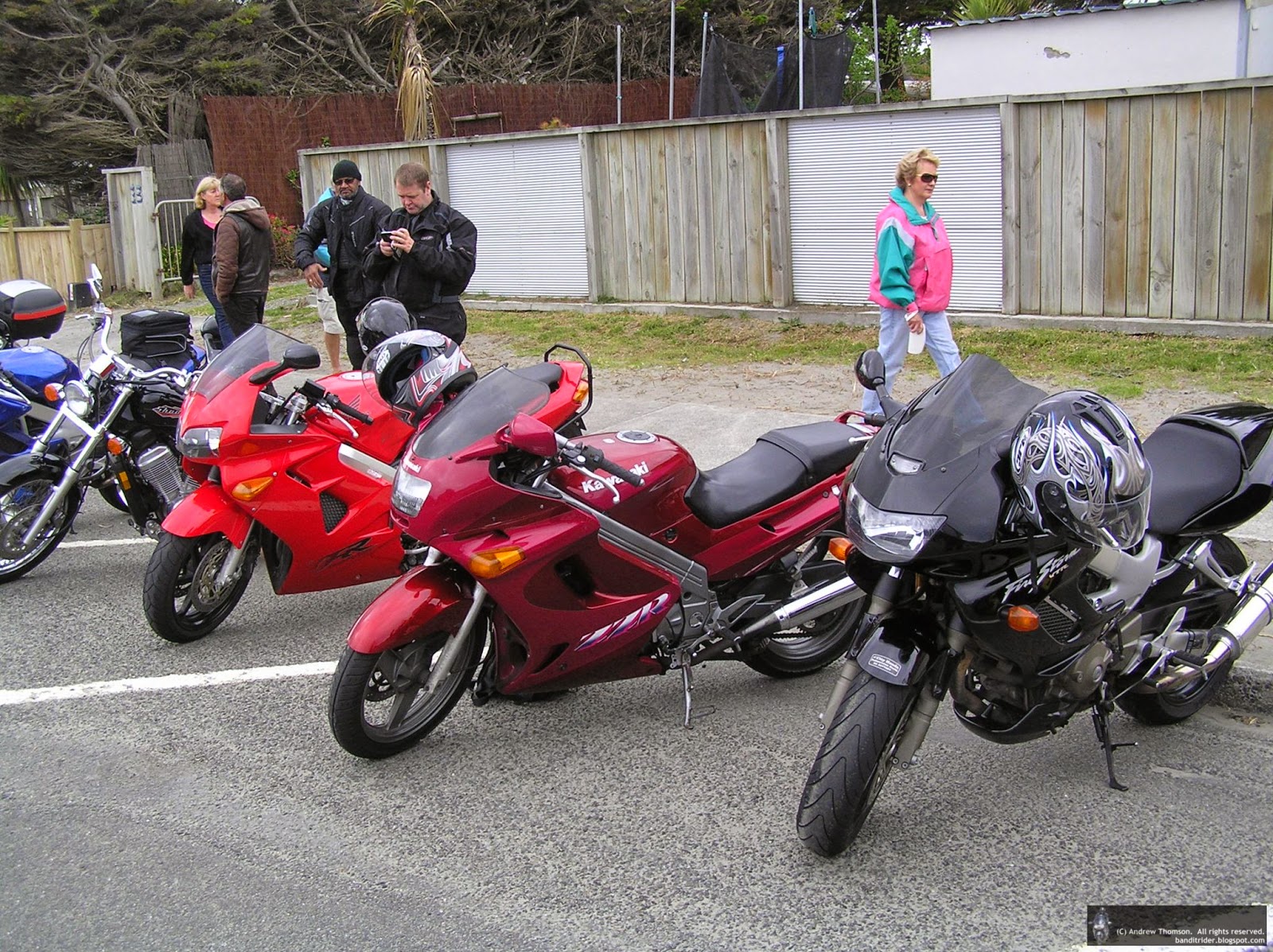 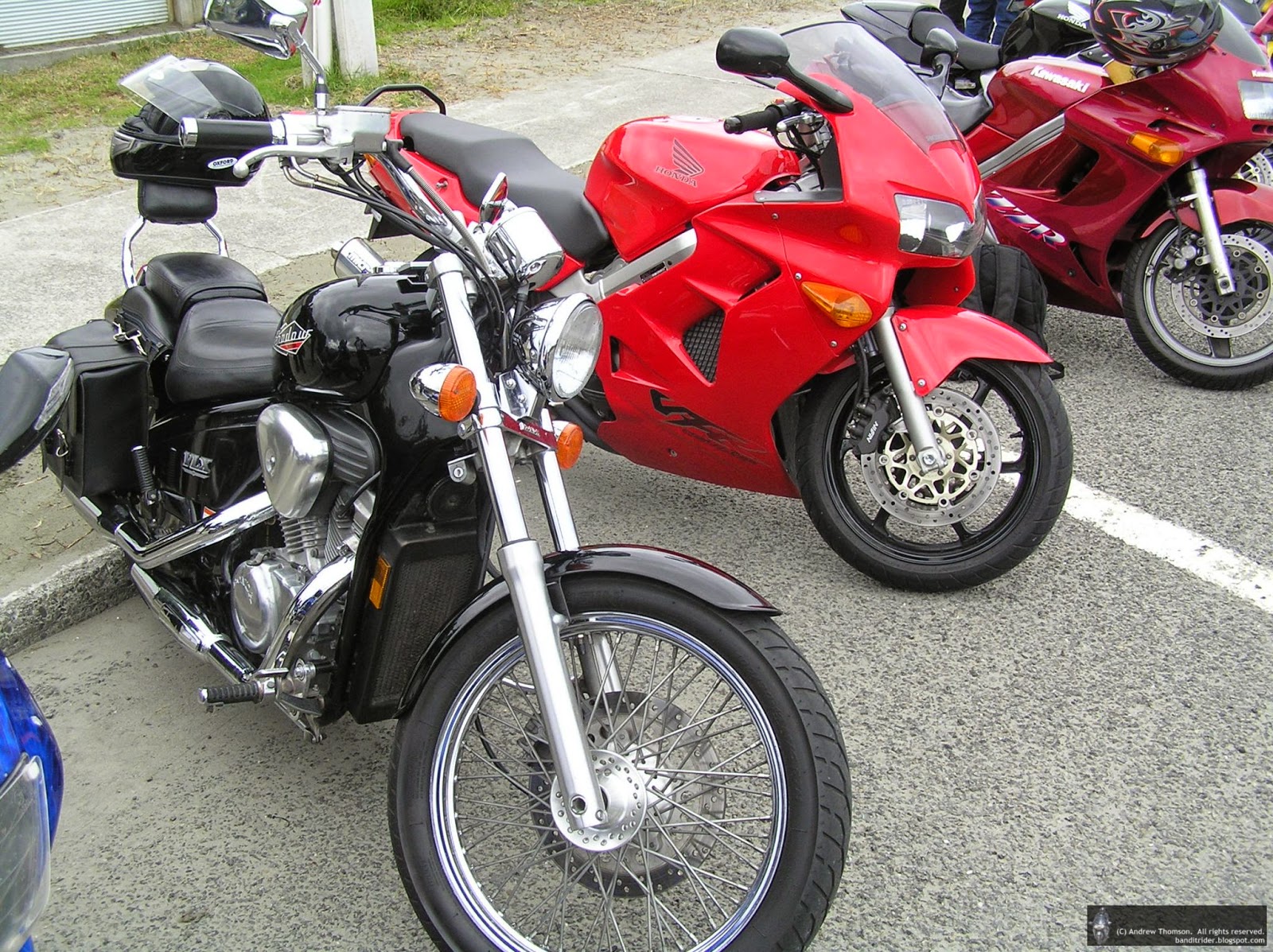 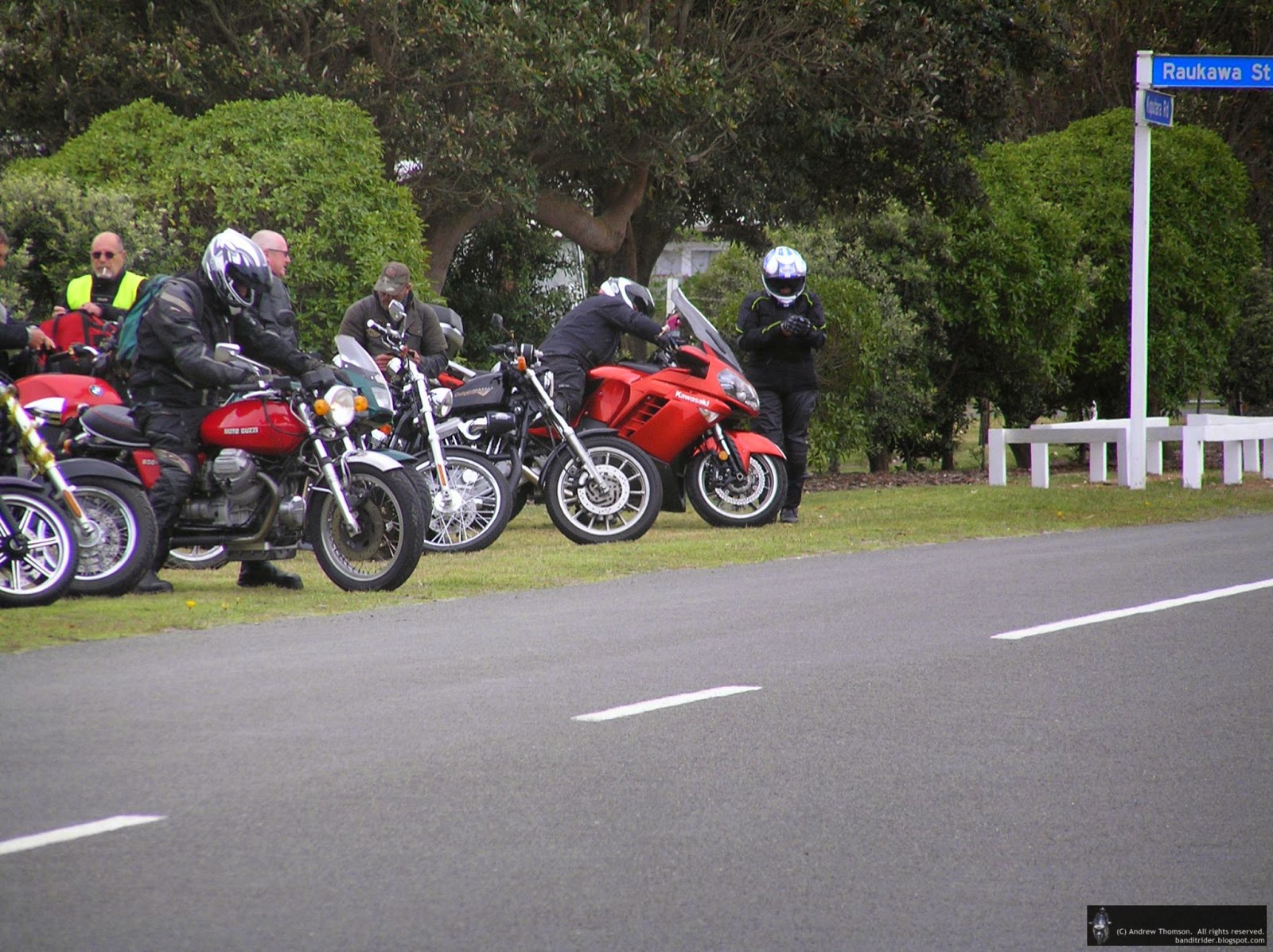 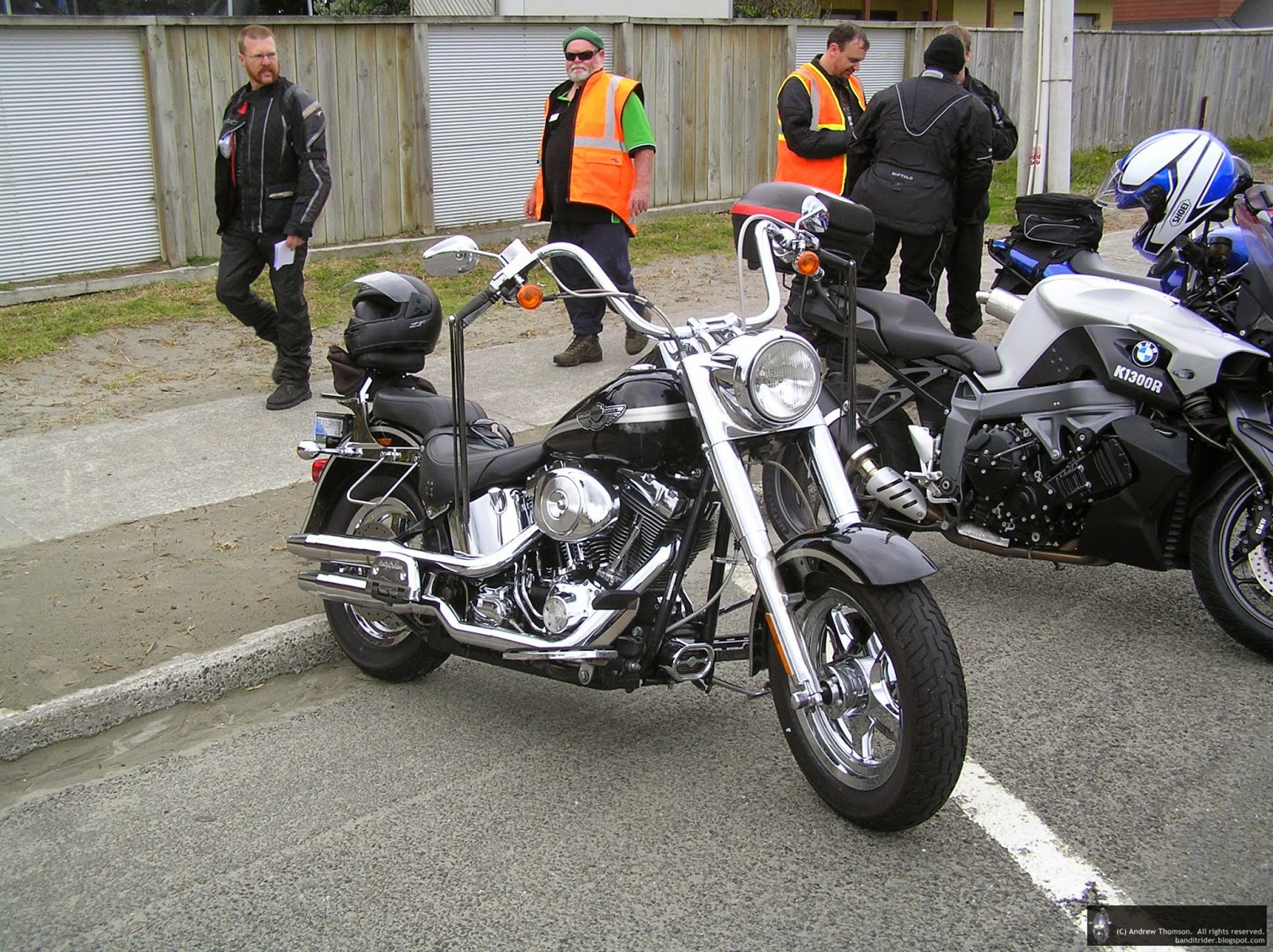 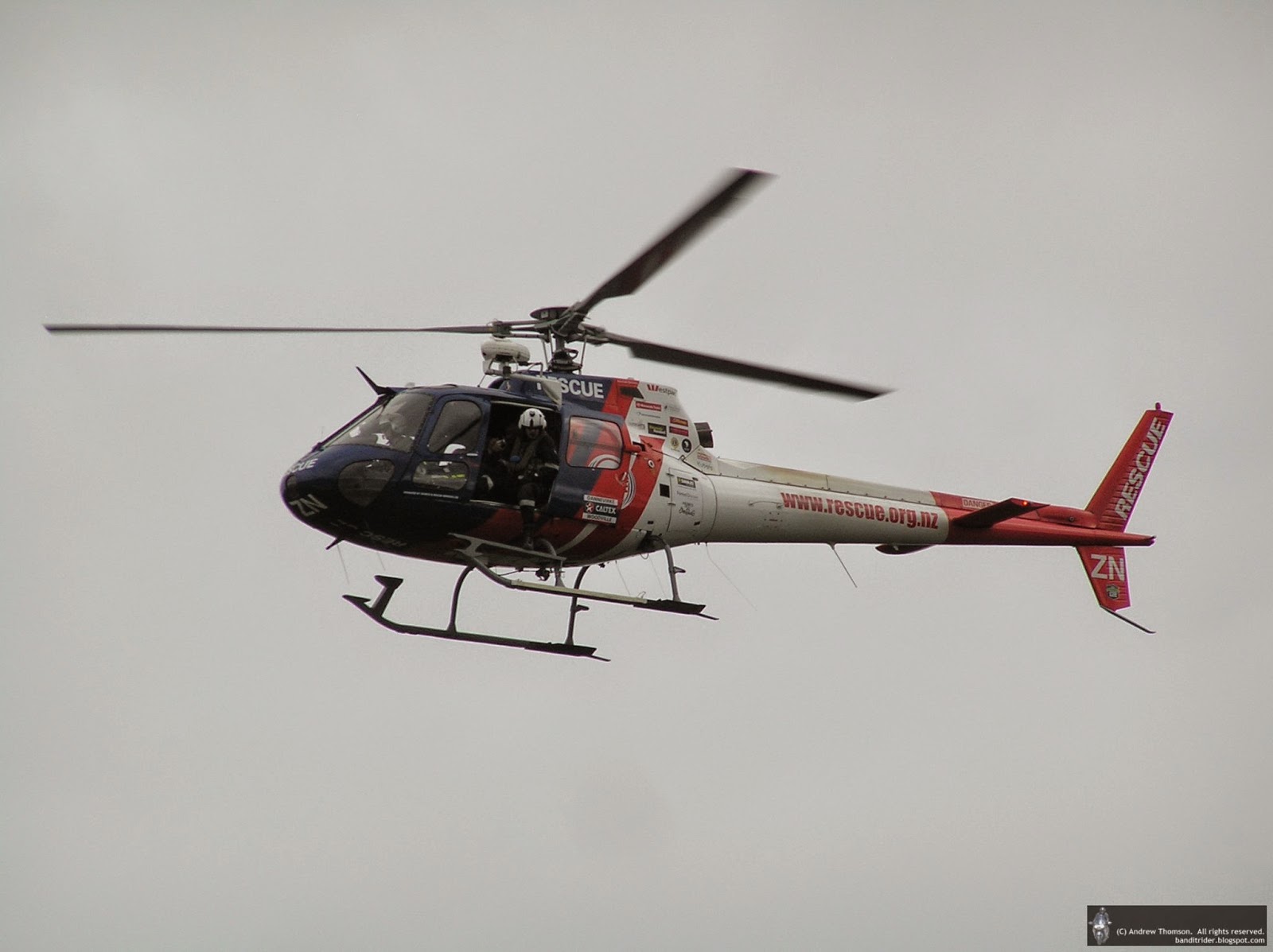 While we were waiting the very small Himatangi Beach Xmas Parade pottered past.  I missed out on the lolly scramble... 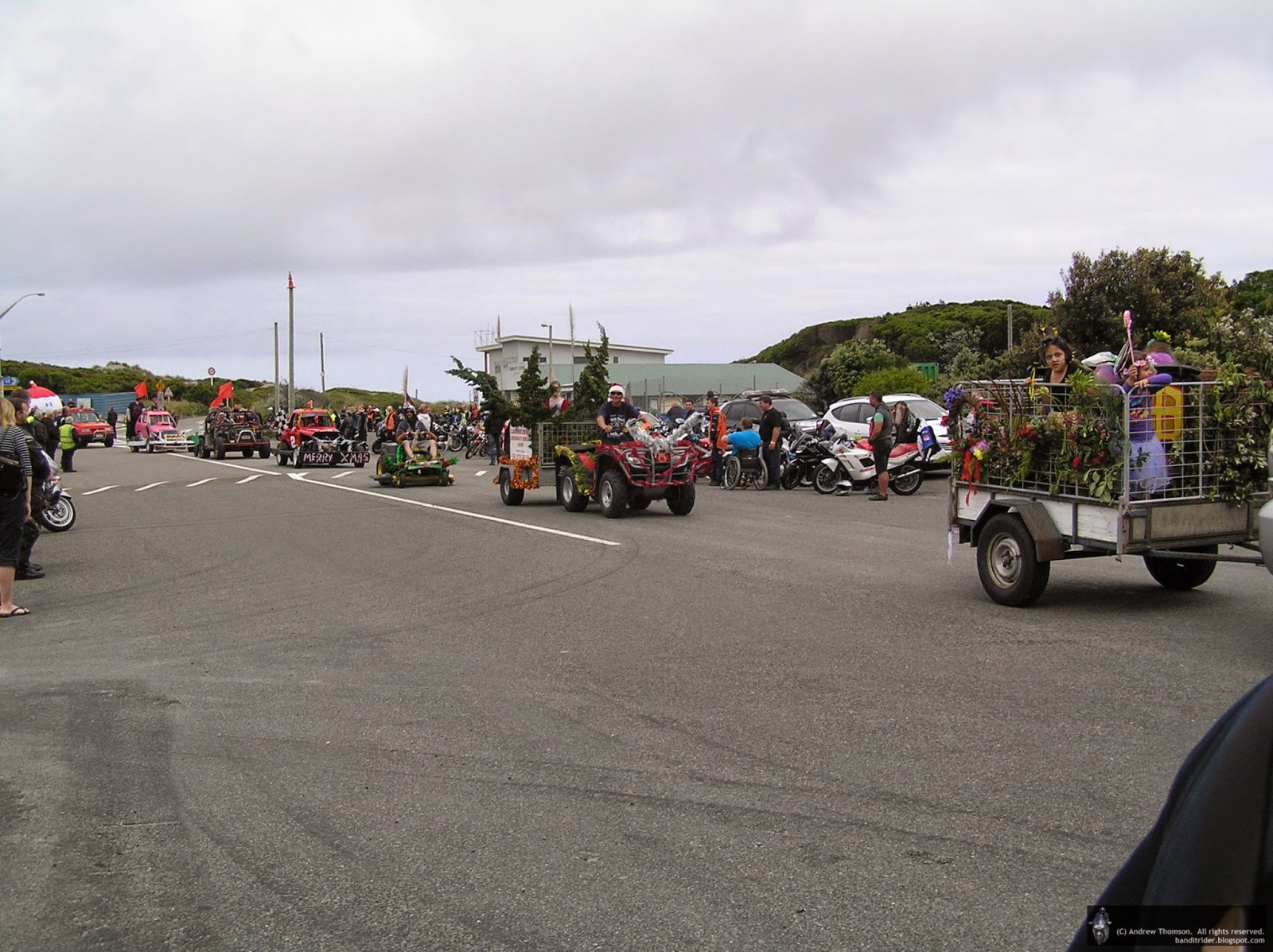 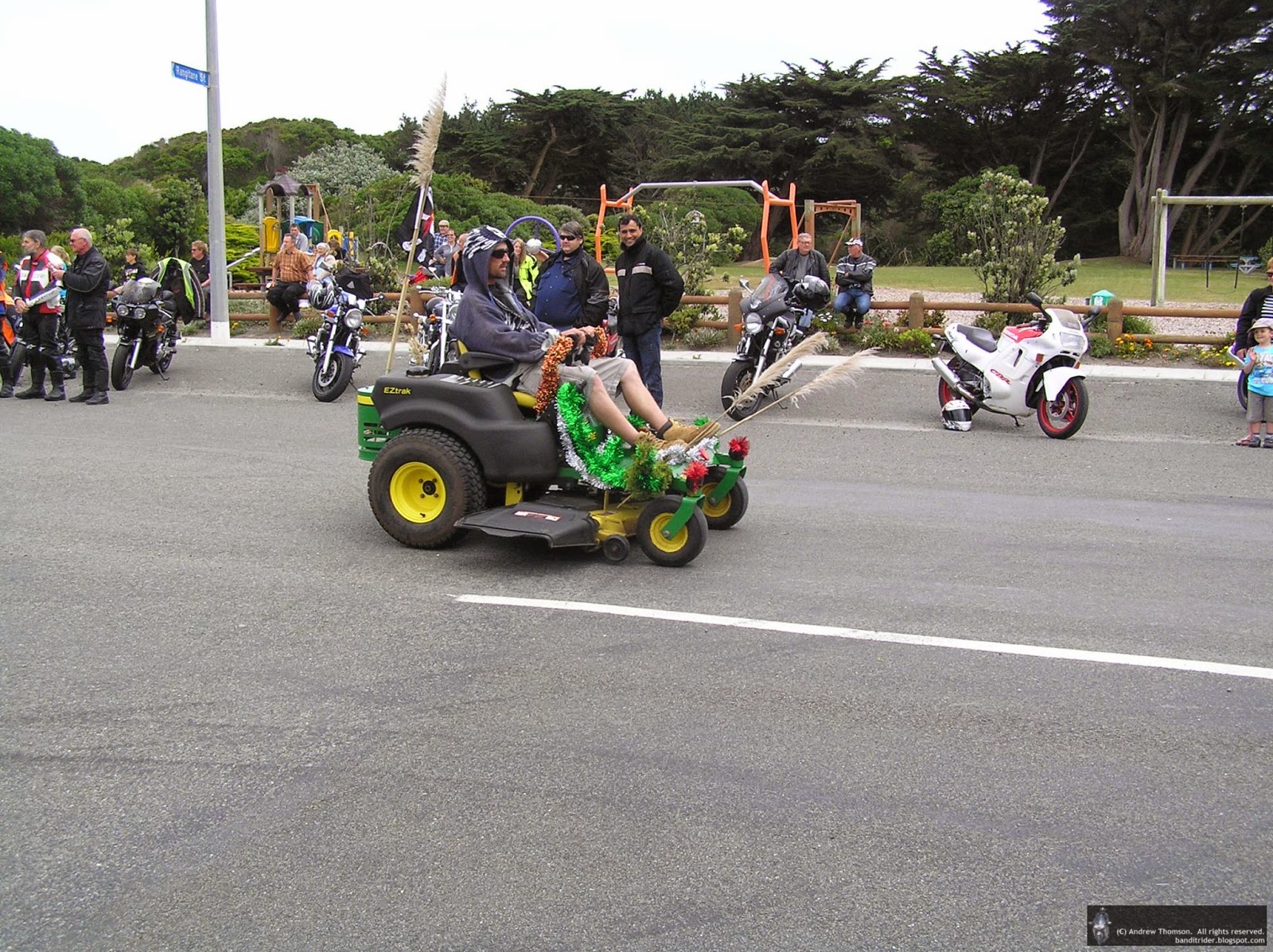 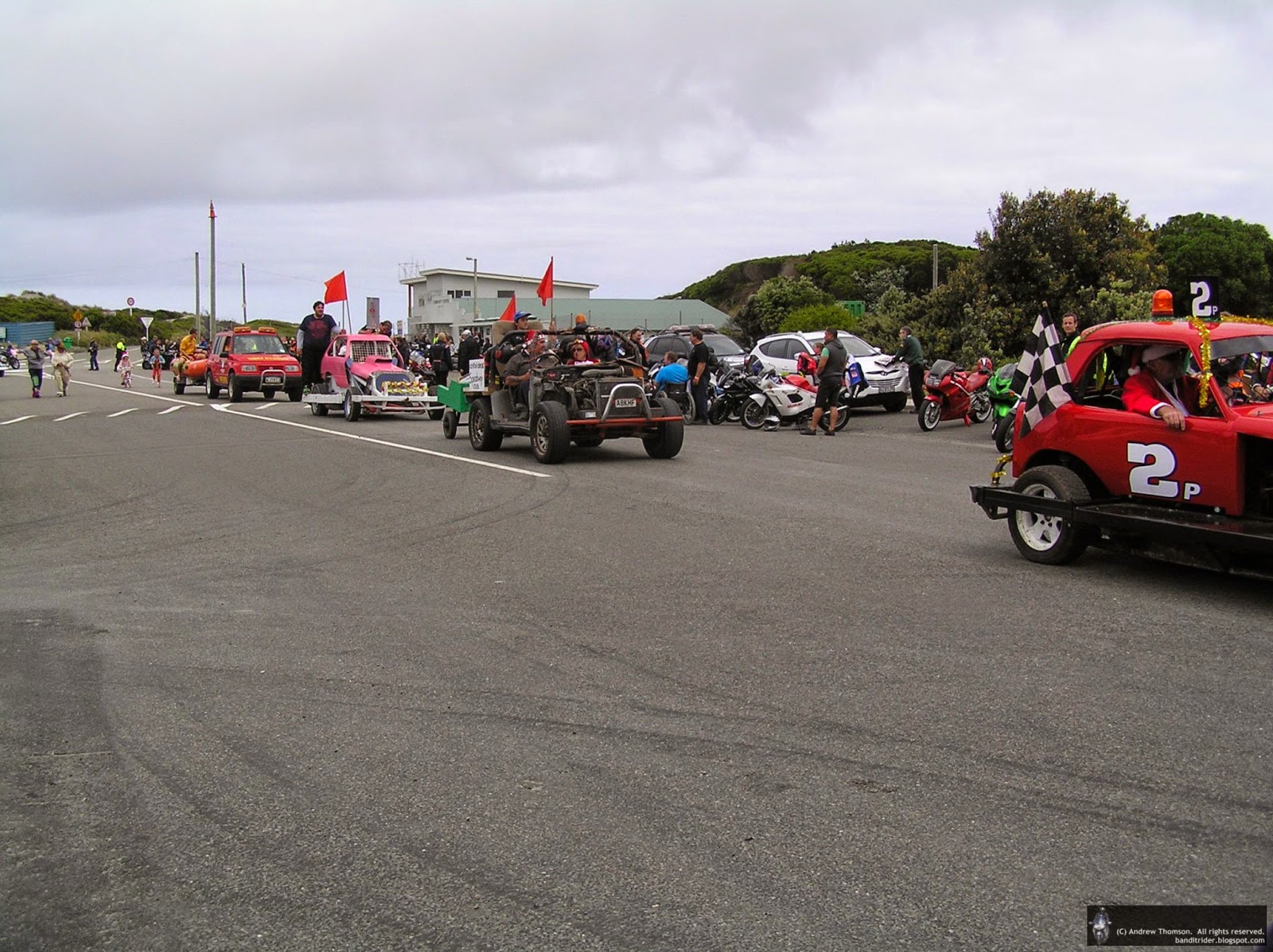 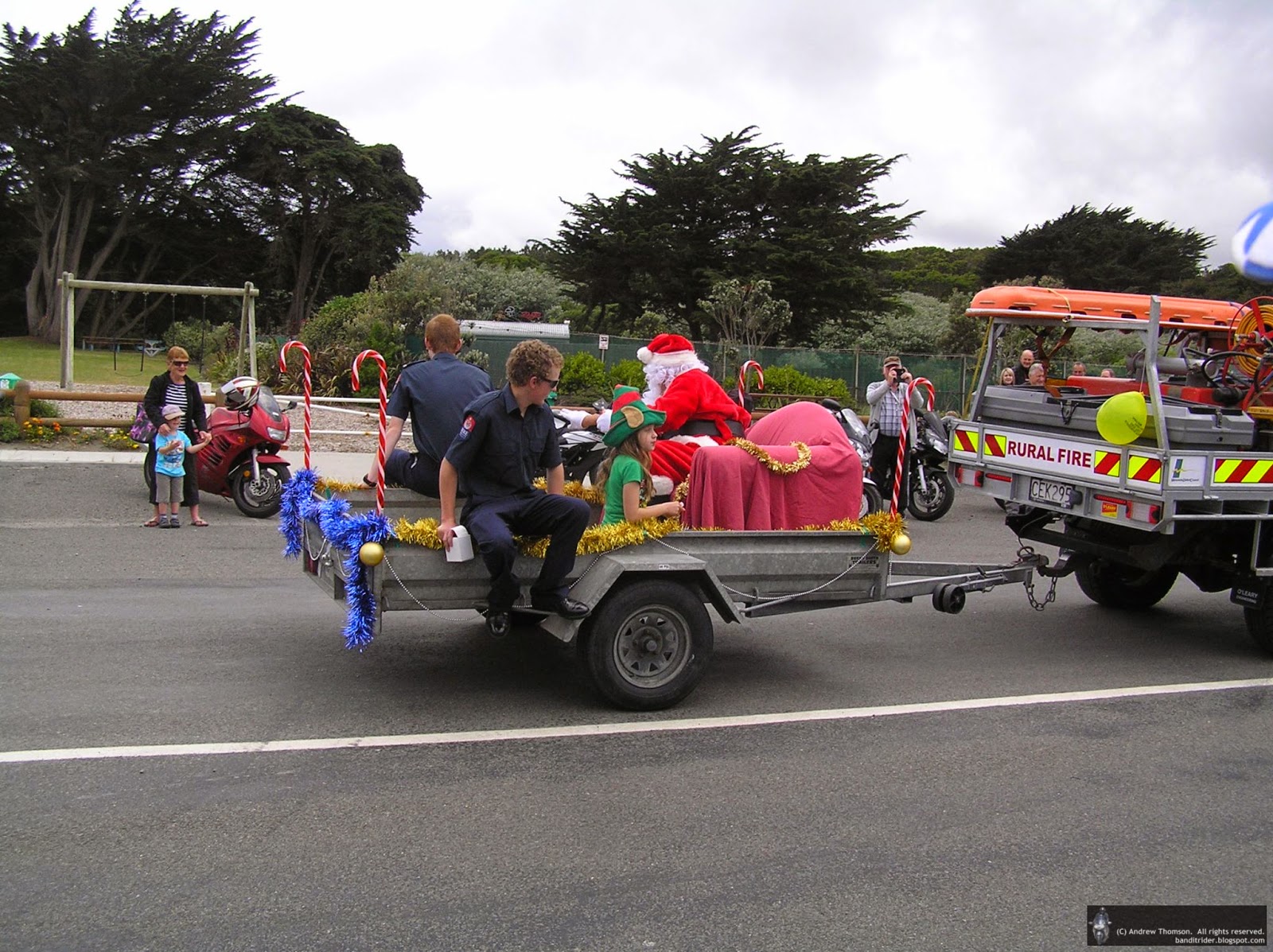 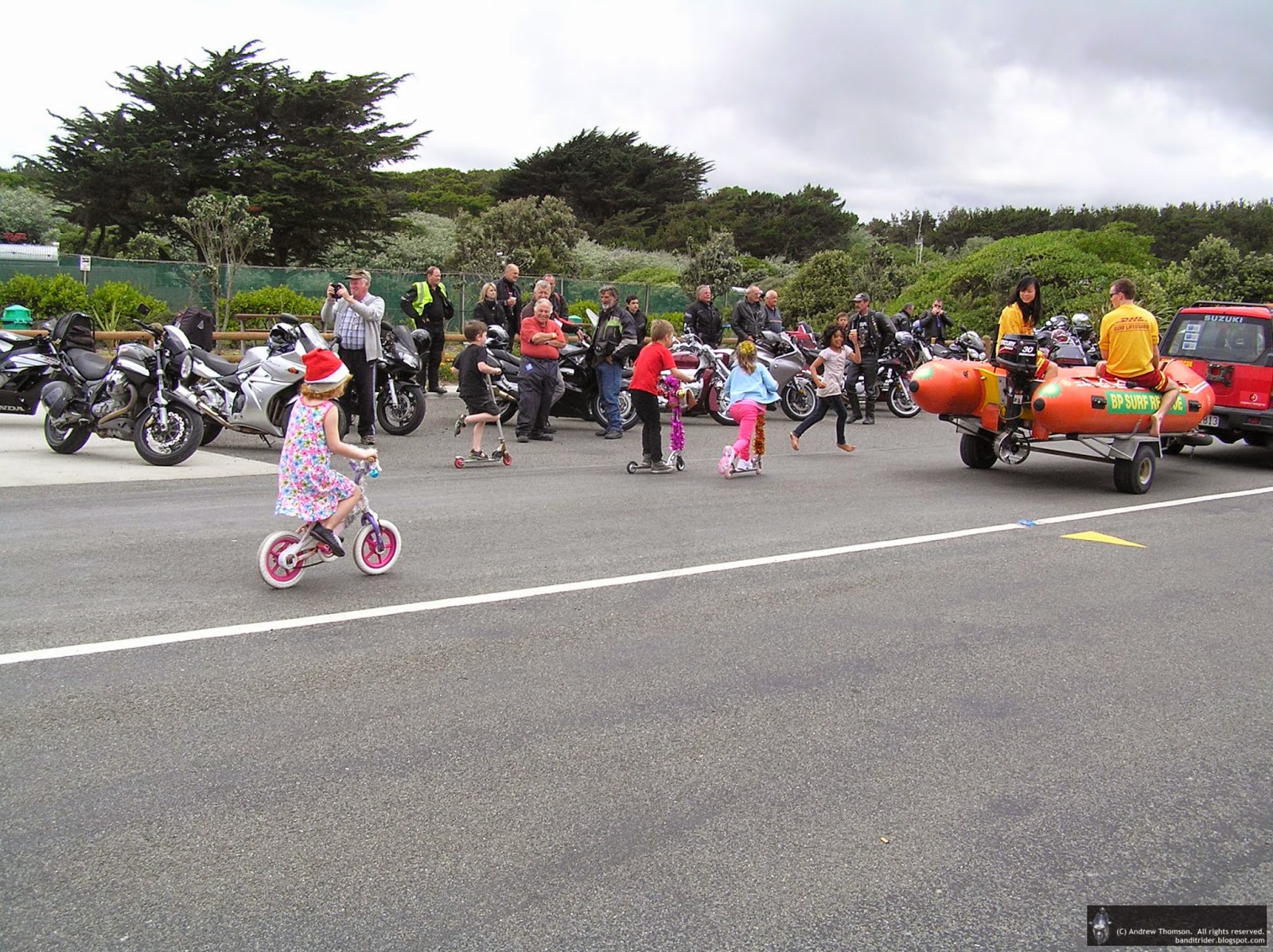 Some time after 10 there was the riders briefing and we then started gearing up for the ride.  Unfortunately for Mark his Bandit decided not to play ball and it took us a while to get it running.  He wisely decided to skip the ride and dropped the bike in at the bike shop for some TLC on his way home.

This left Dad, Meanie, Monie (pillioning at the mo) and I at the back of the pack for the first leg to Woodville.

On the ride over we encountered some absolutely idiotic young riders who were riding really dangerously - nearly taking out Meanie at one stage.  The less said about them the better but both Meanie & I gave them a bollocking and then some cops did as well in Woodville after we filled them in and showed them some pictures that Monie took from the back of Meanie's Connie. 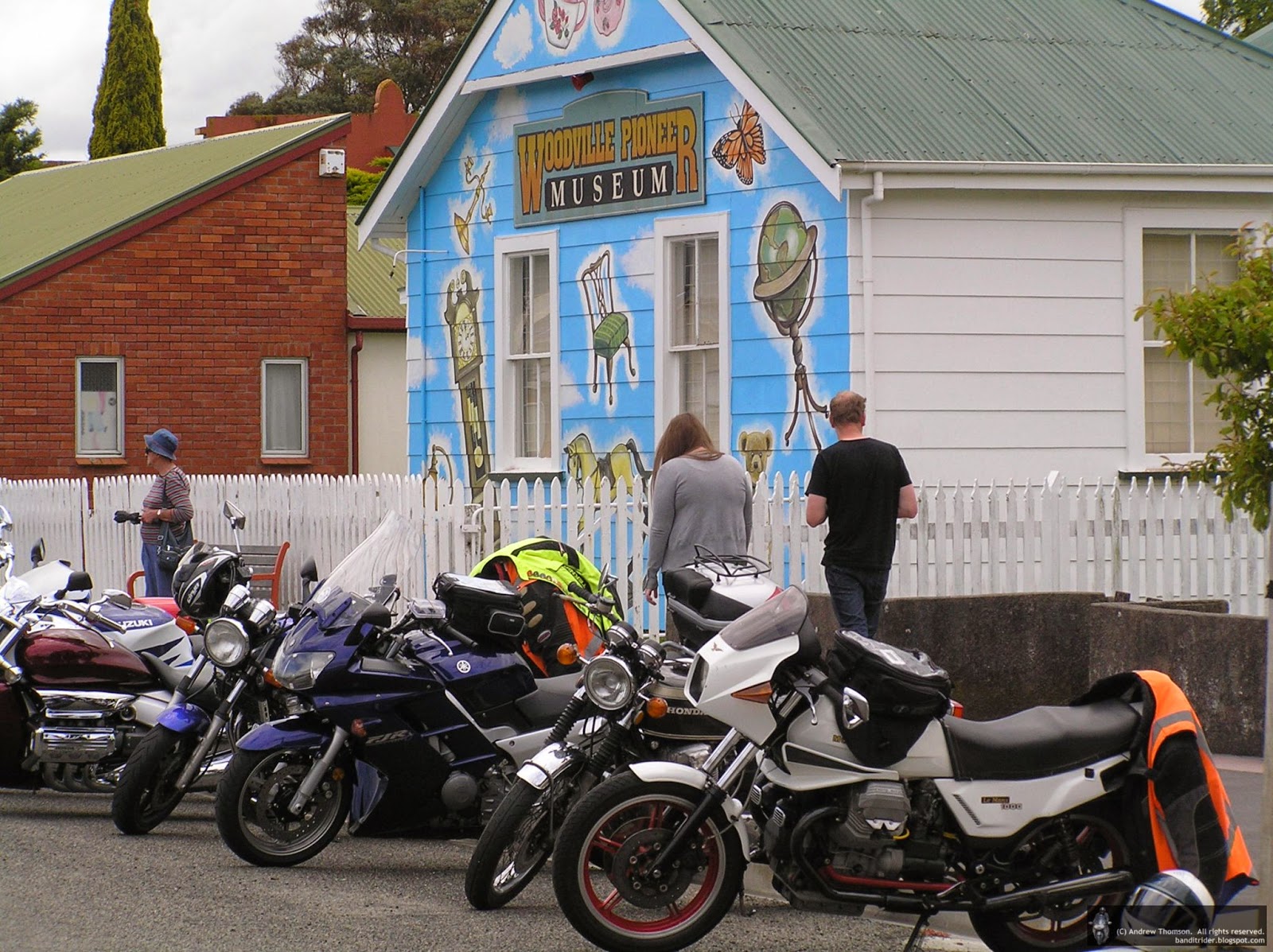 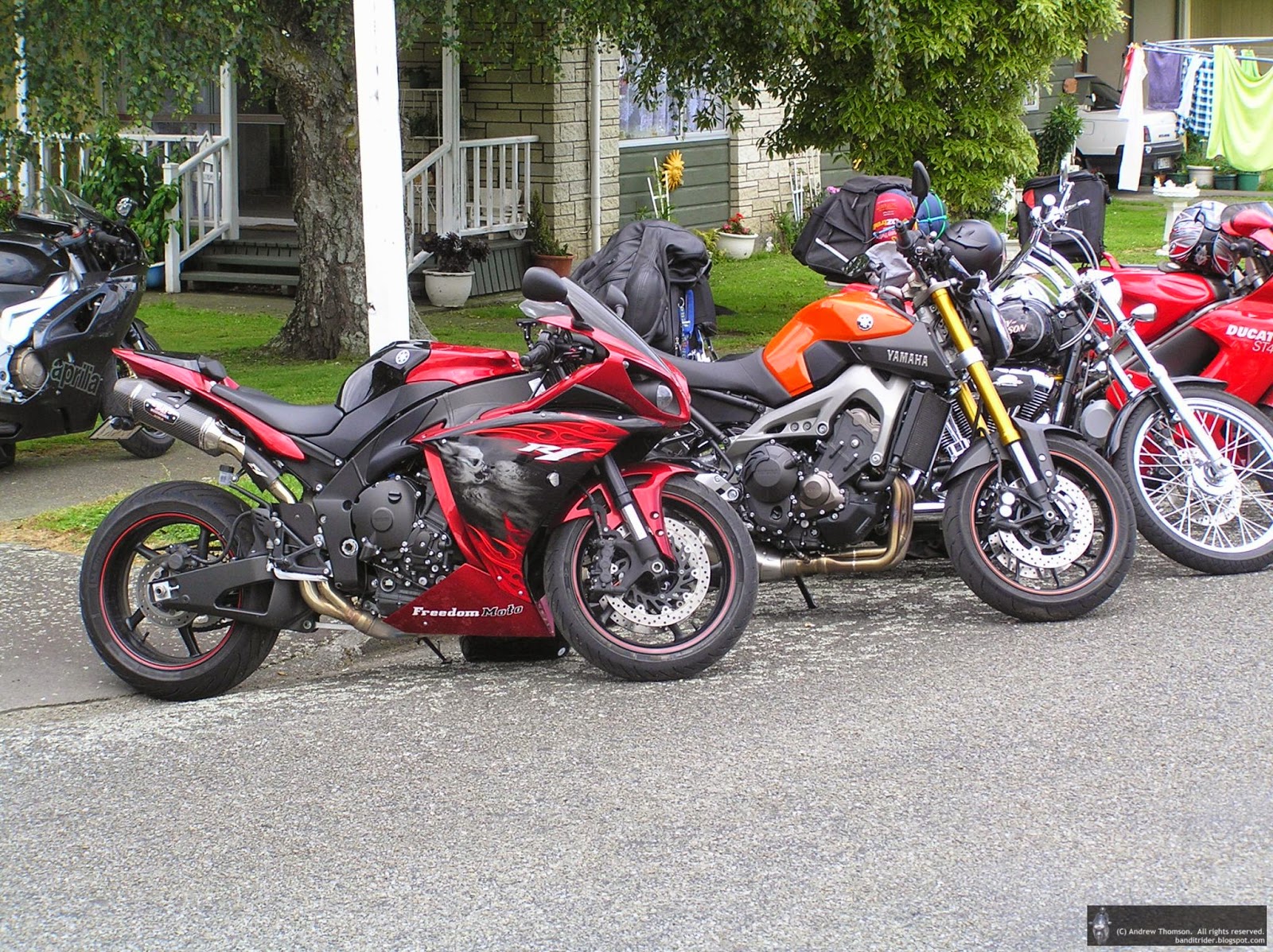 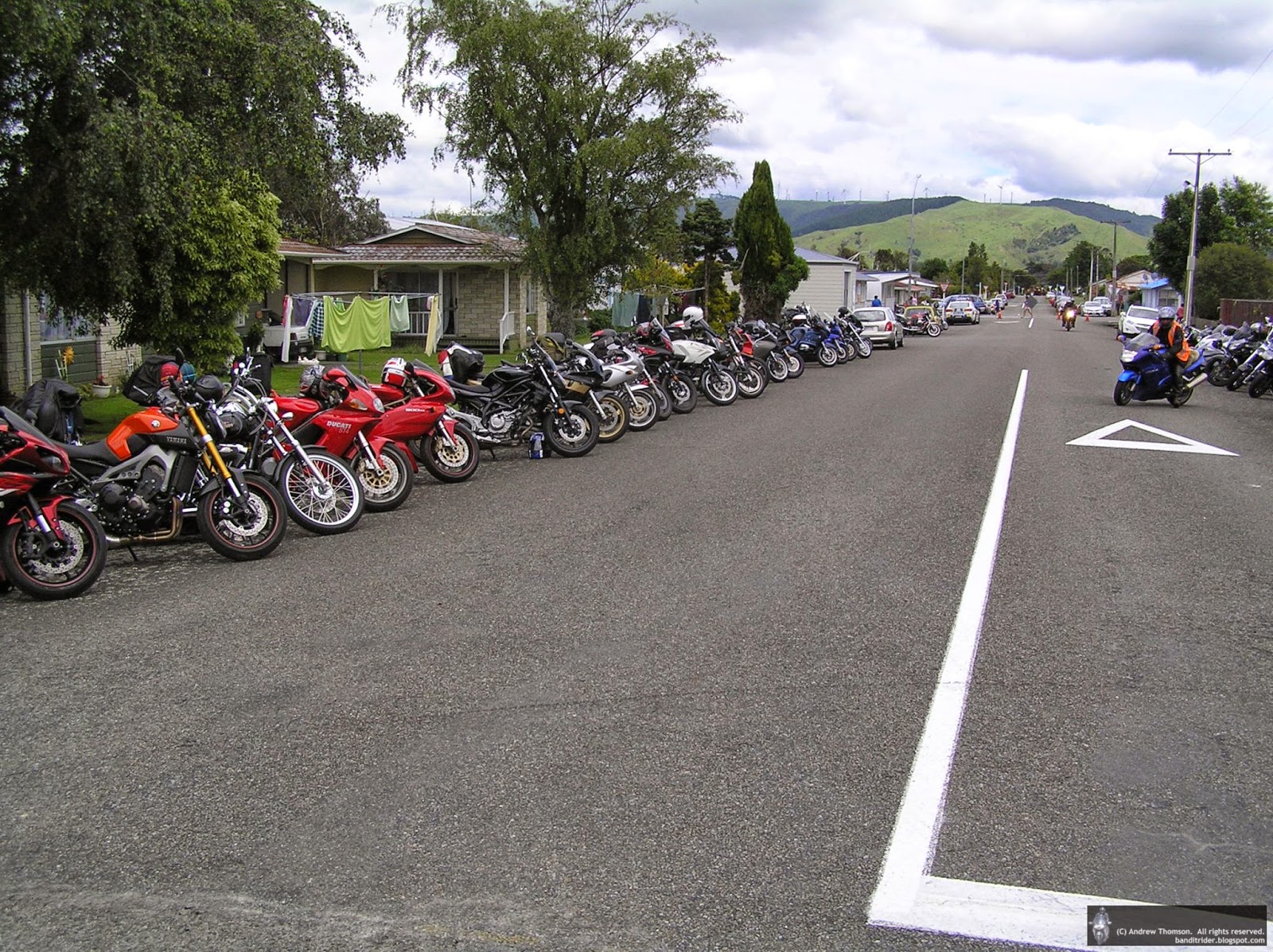 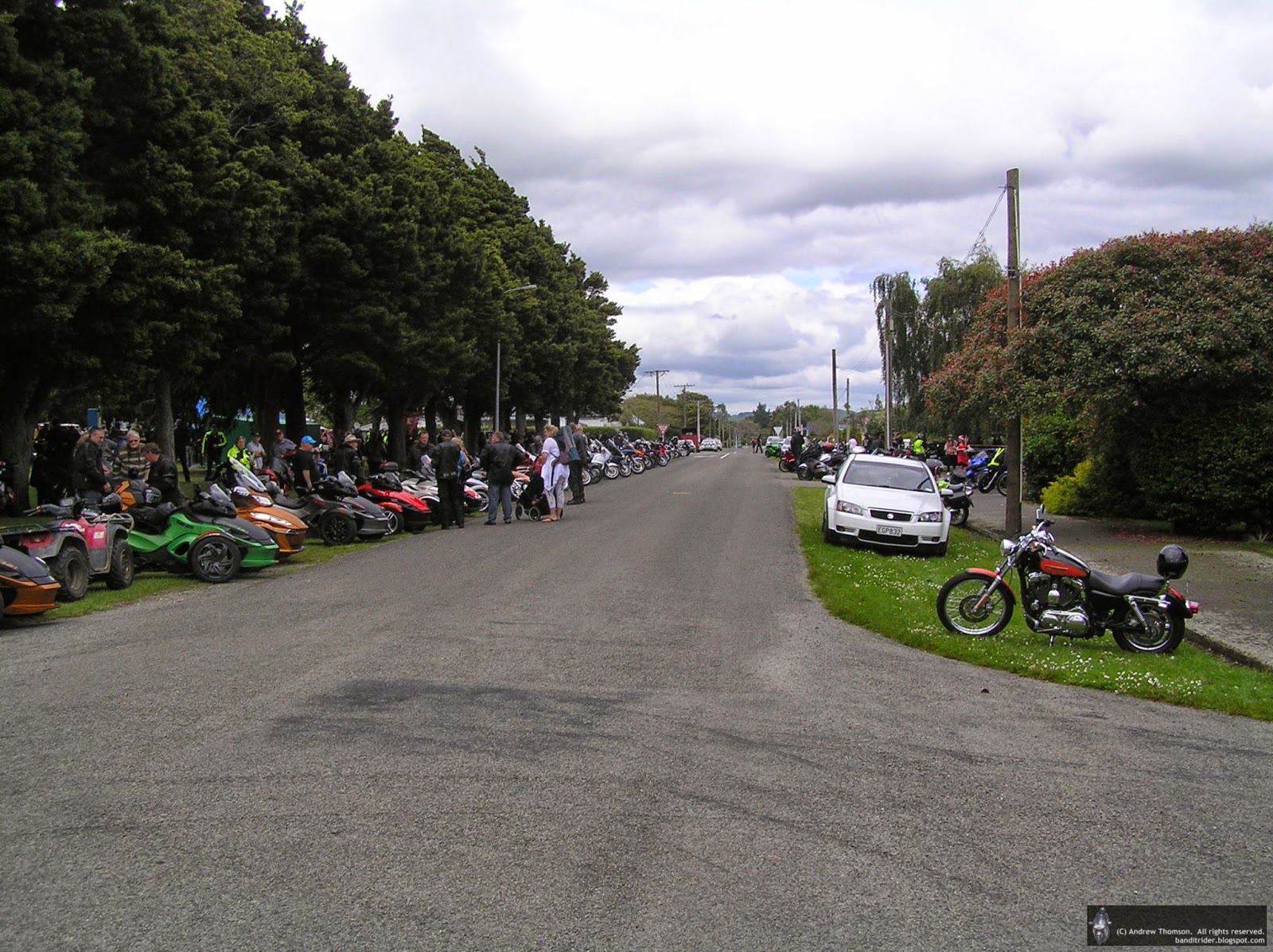 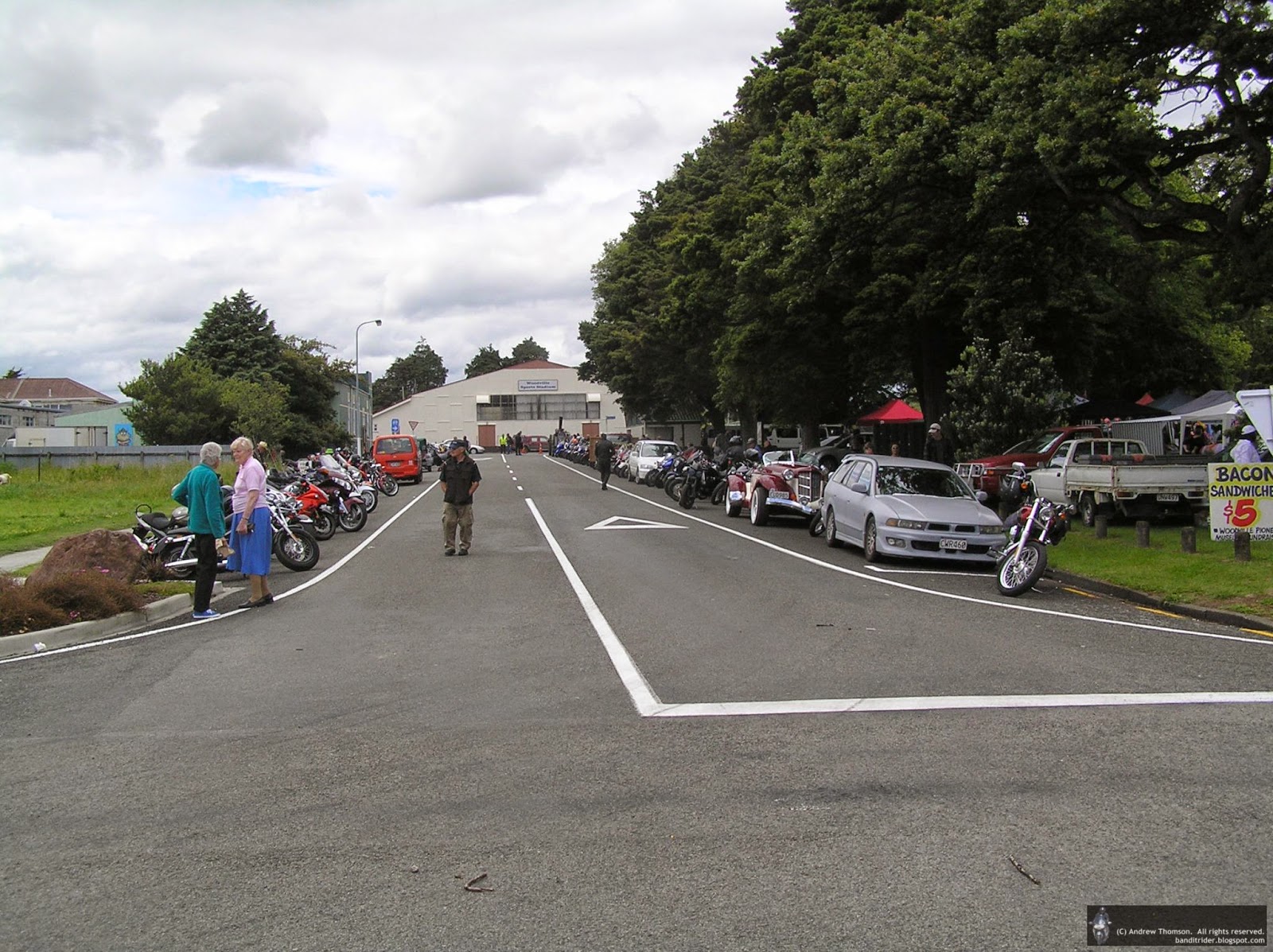 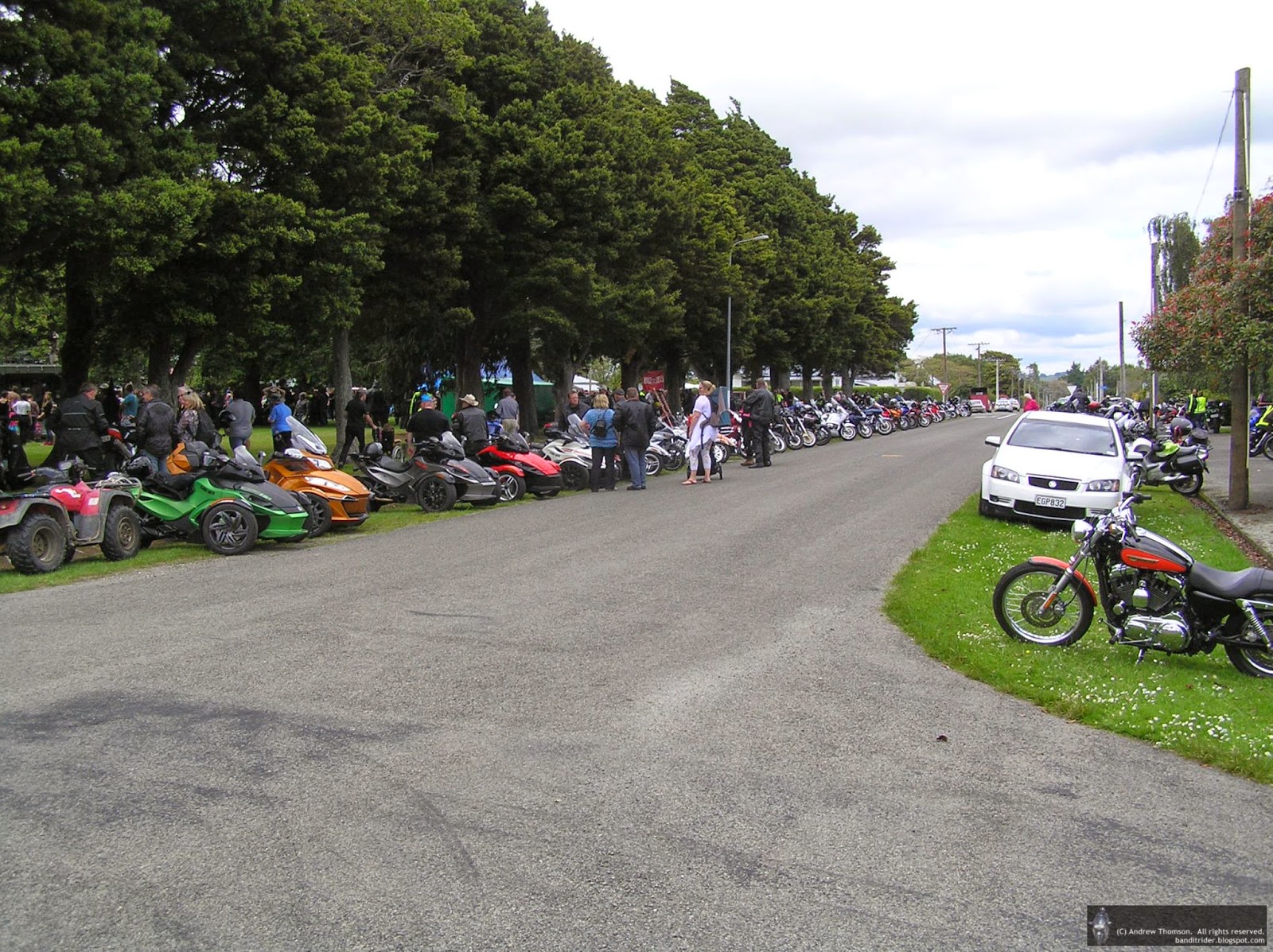 After lunch, as per usual, our group departed before the main bunch so that we could keep ahead of the squids and the congestion created by so many bikes on narrow, dodgy back roads.

The run through to Pongaroa was pretty good although we did run into some cloud moisture which made the road a tad more slippery than we really would have liked.


The roads were a bit drier headed out to Akitio and we arrived there quite a wee bit earlier than the main bunch so got to see all the bikes roll up to the ride finish. 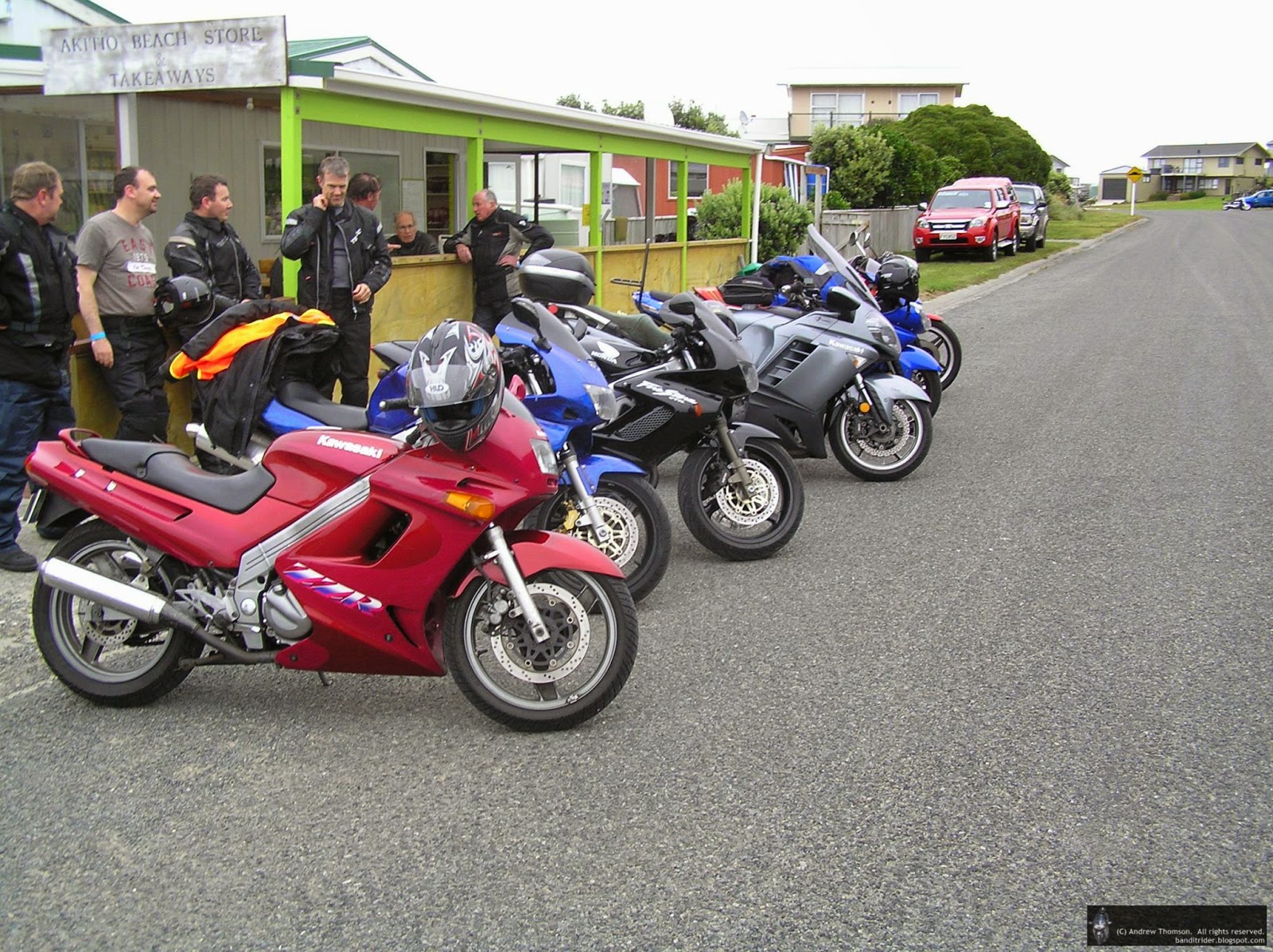 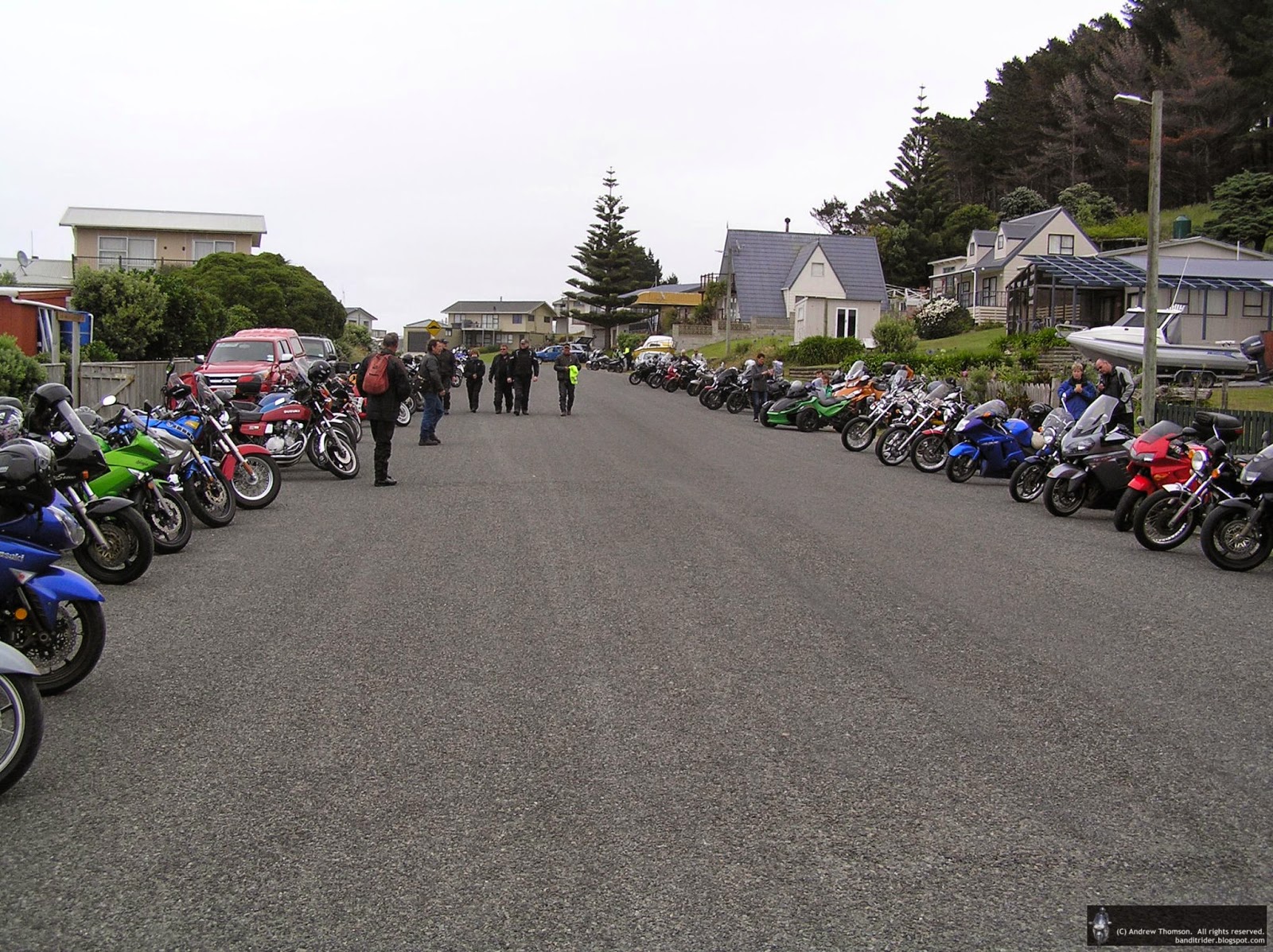 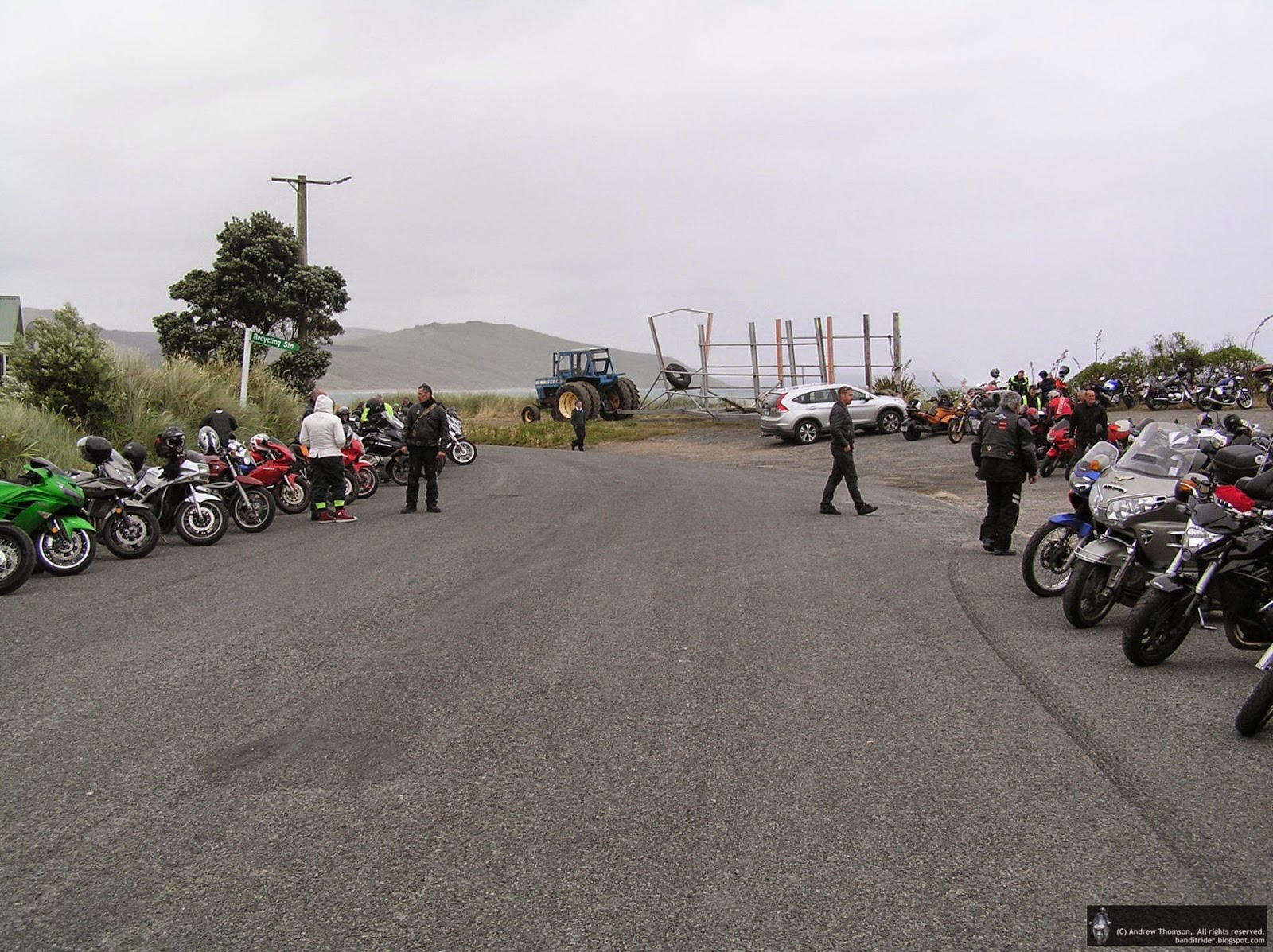 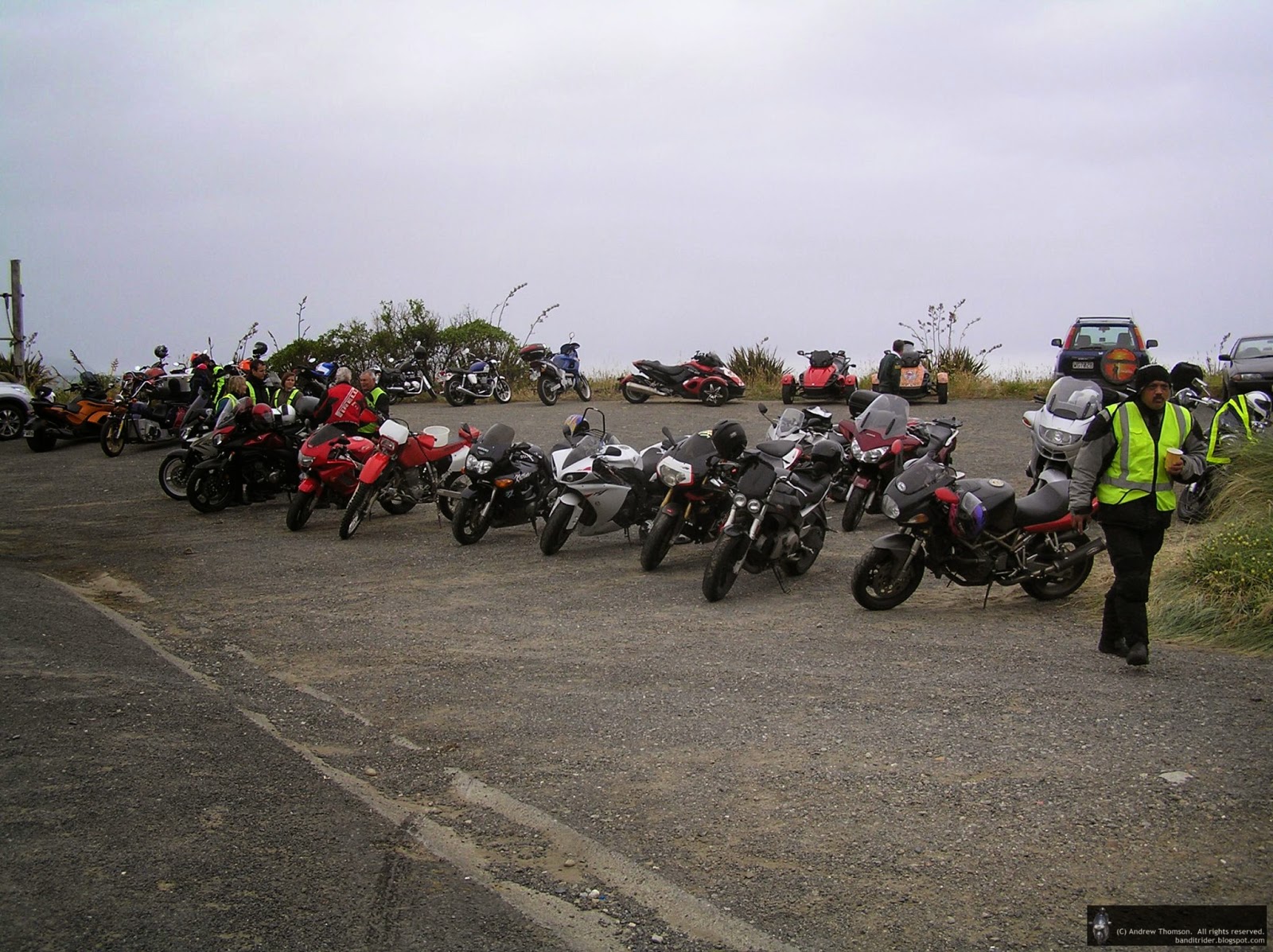 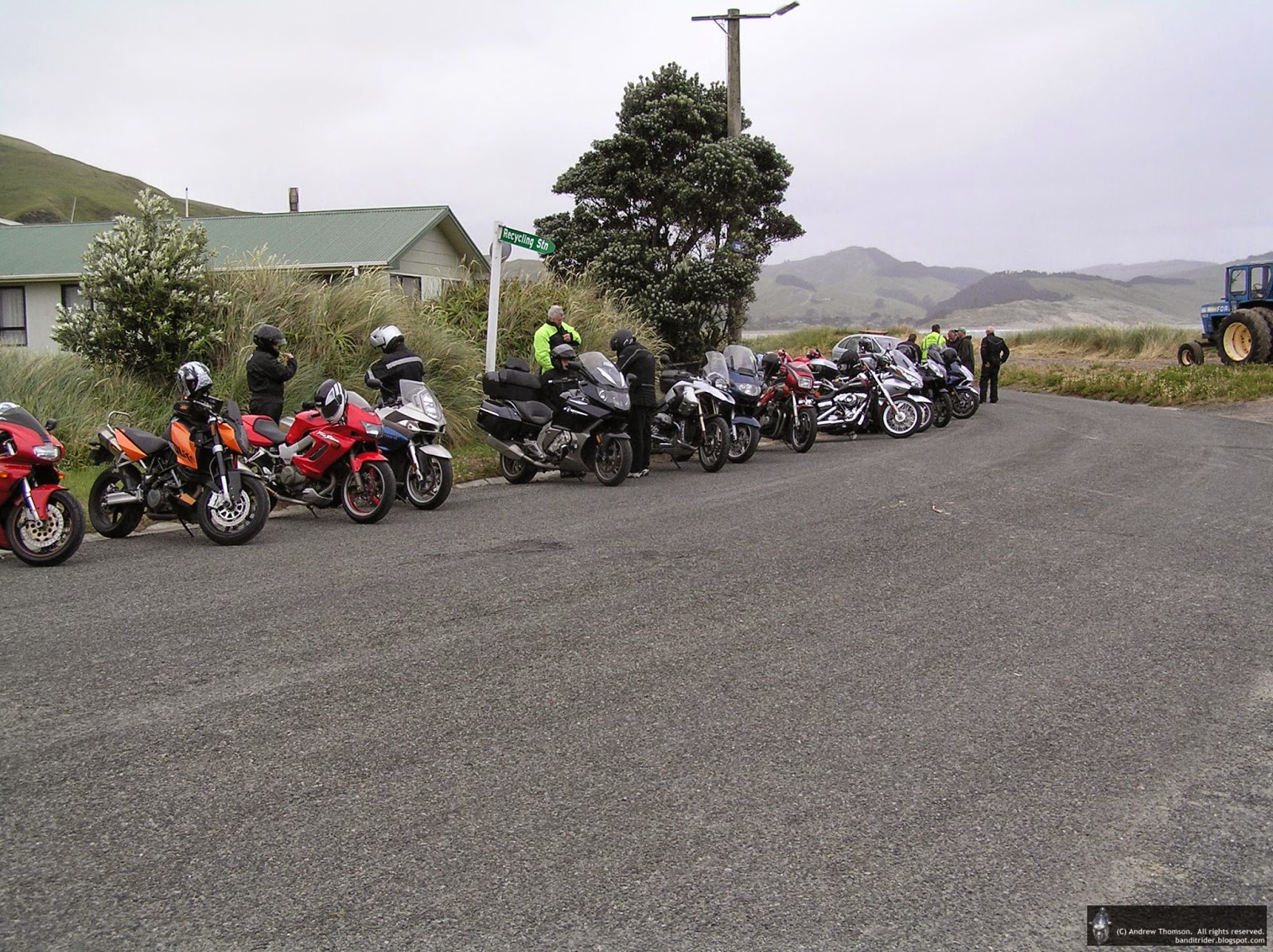 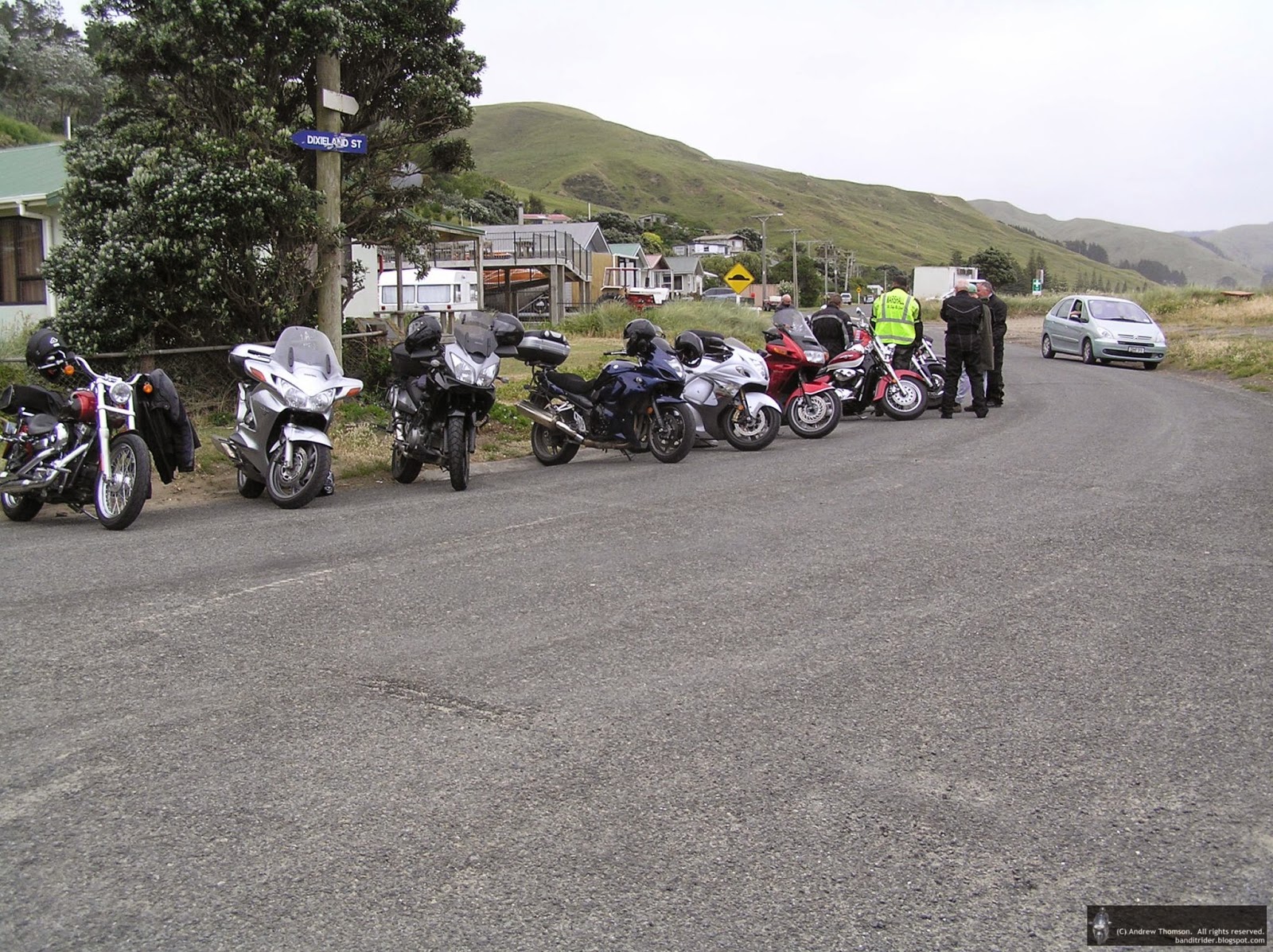 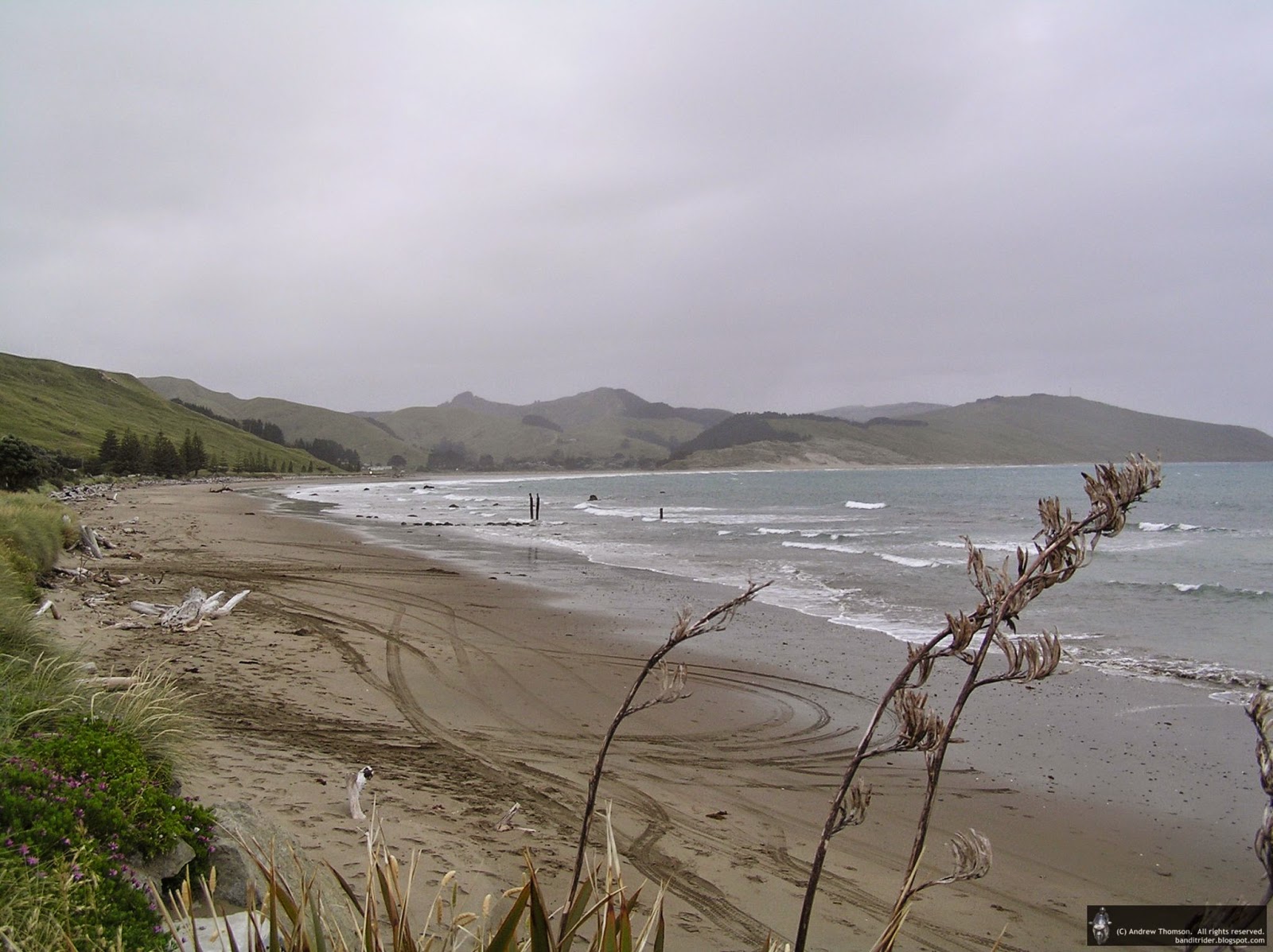 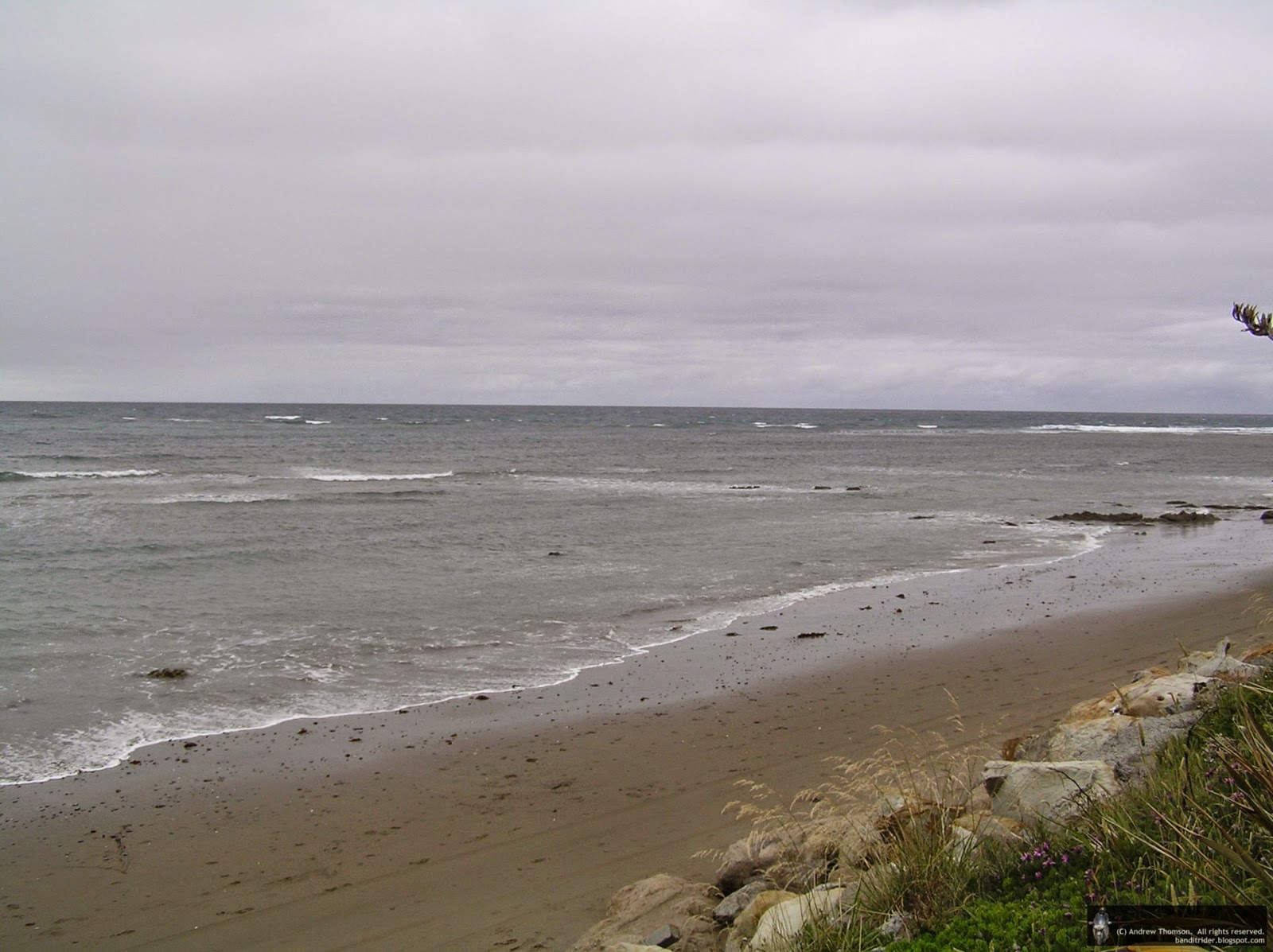 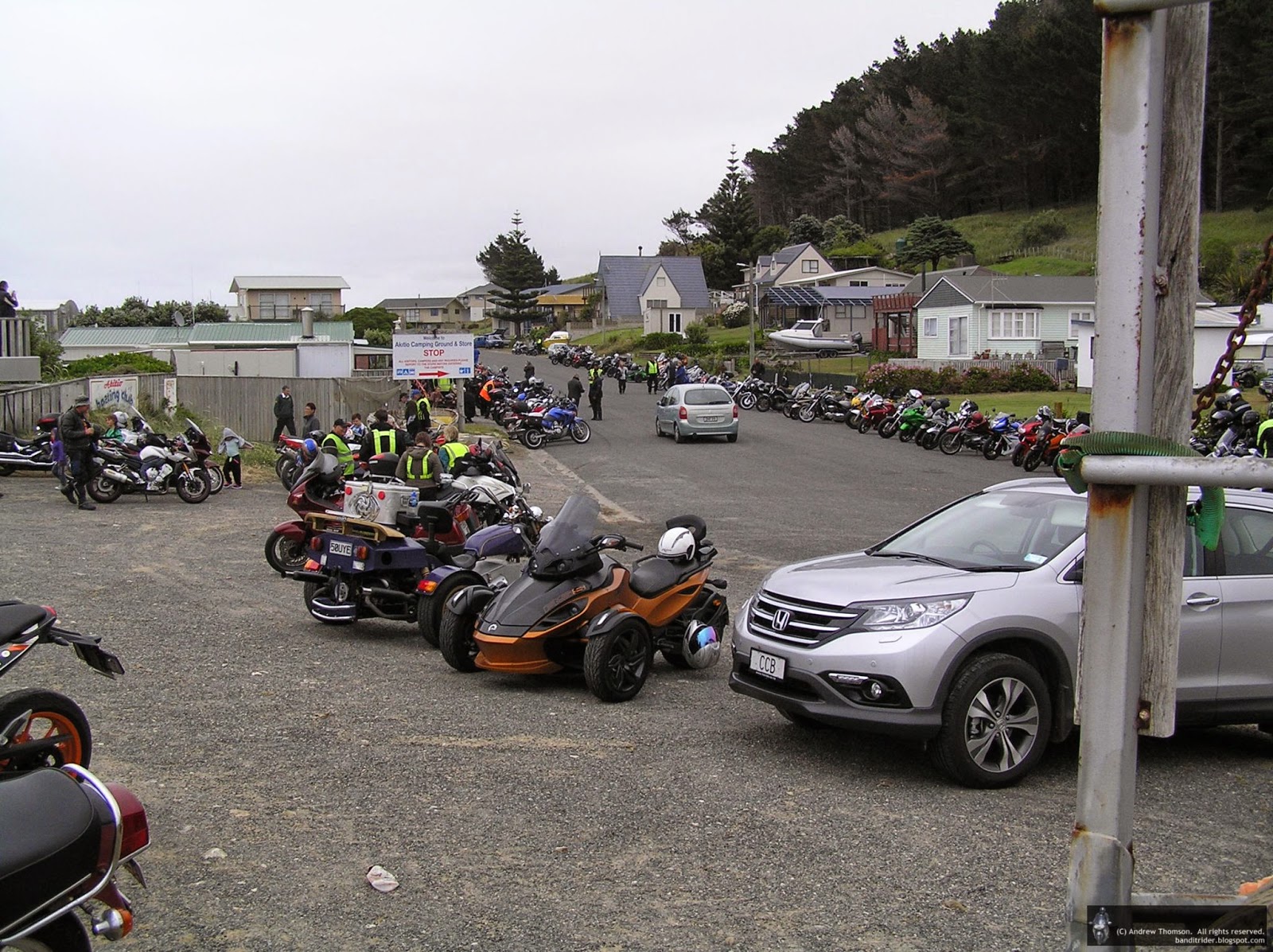 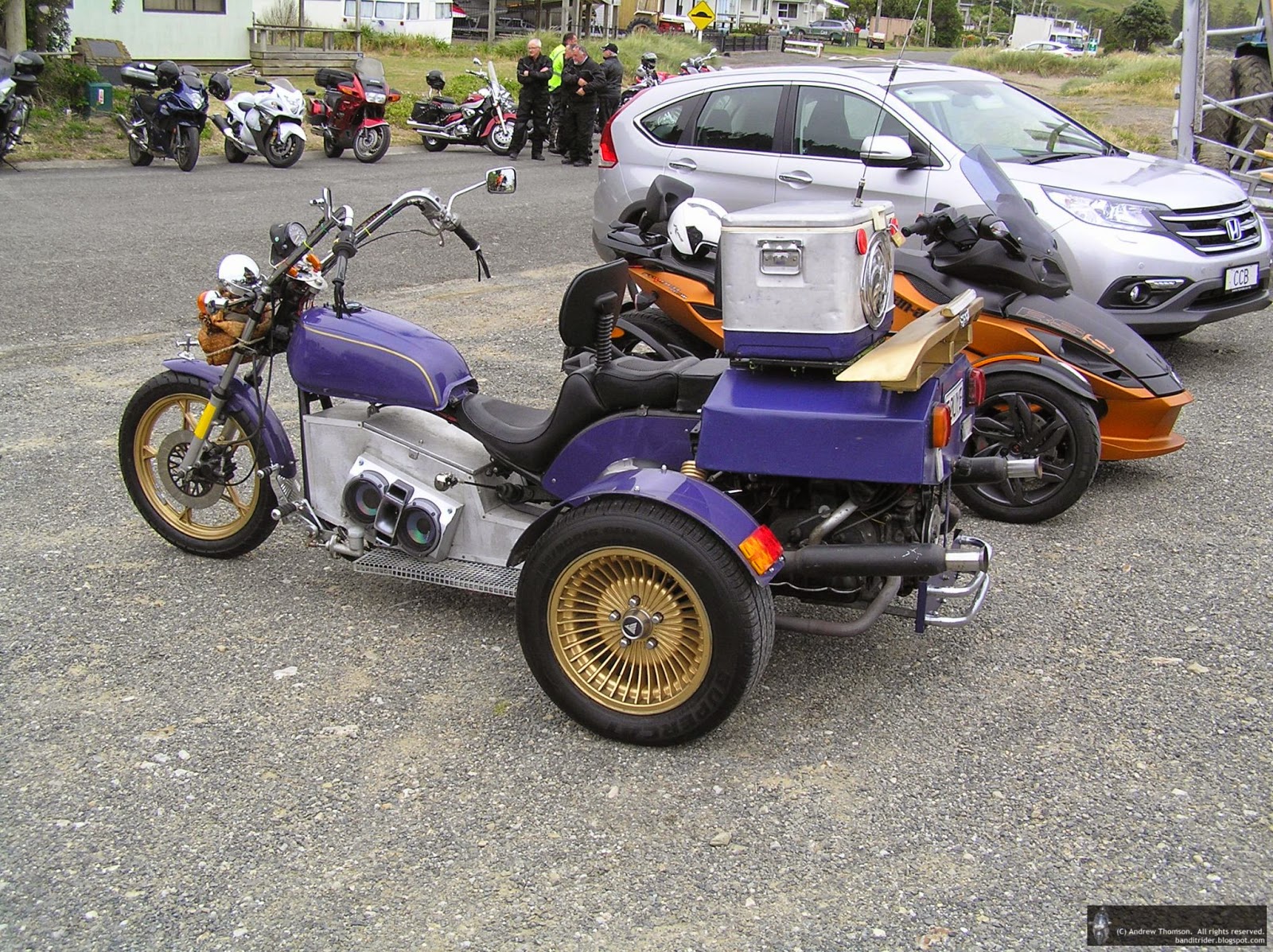 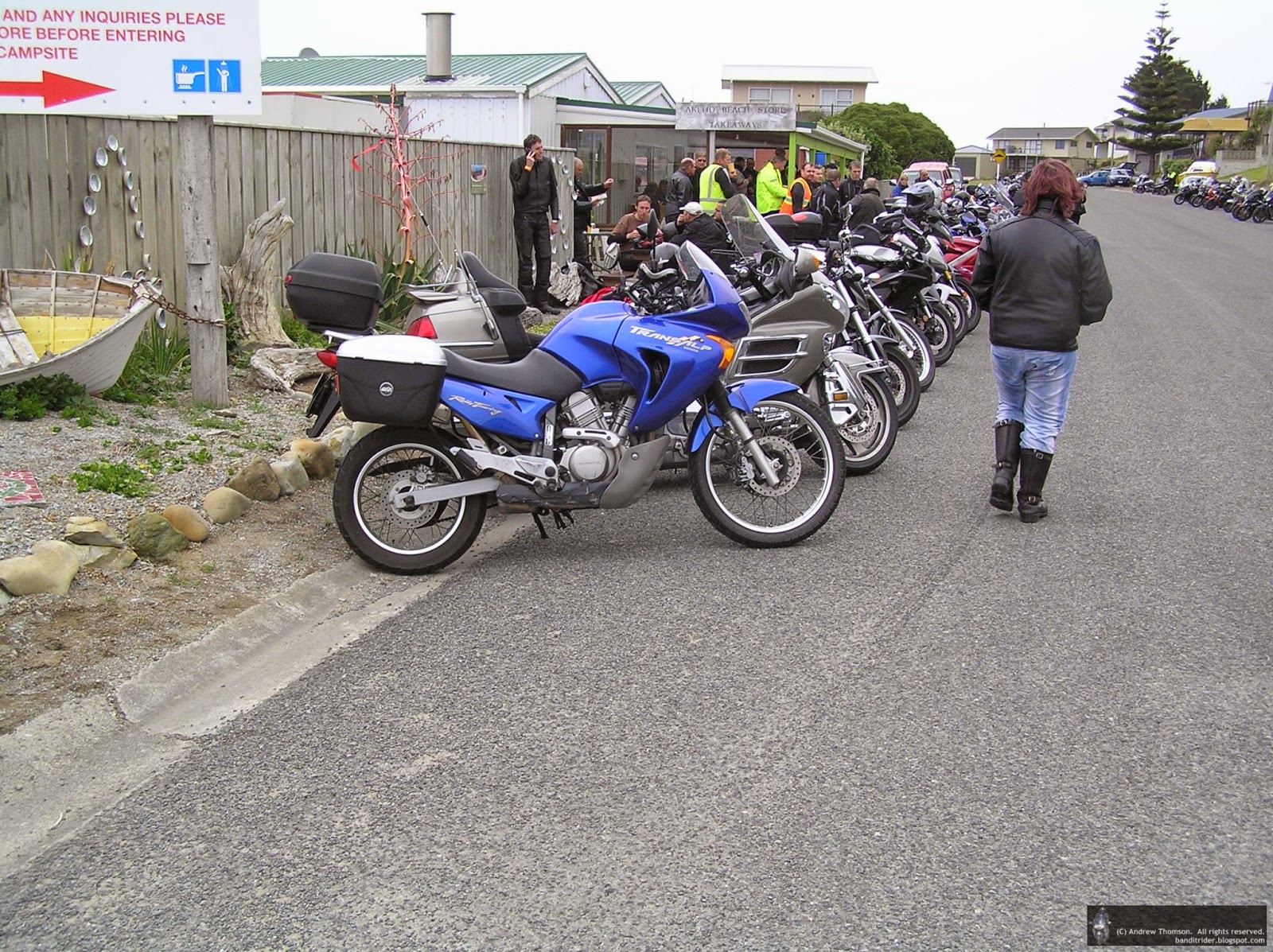 Once all the bikes were in we saddled up again (skipping the prize giving) and retraced our steps through to Pongaroa and then through to Pahiatua because some of the bikes were thirsty.  We got rain again through Makuri but otherwise it was a cracker of a ride.  We finished off with a squirt over the track which also was a bit damp in places. 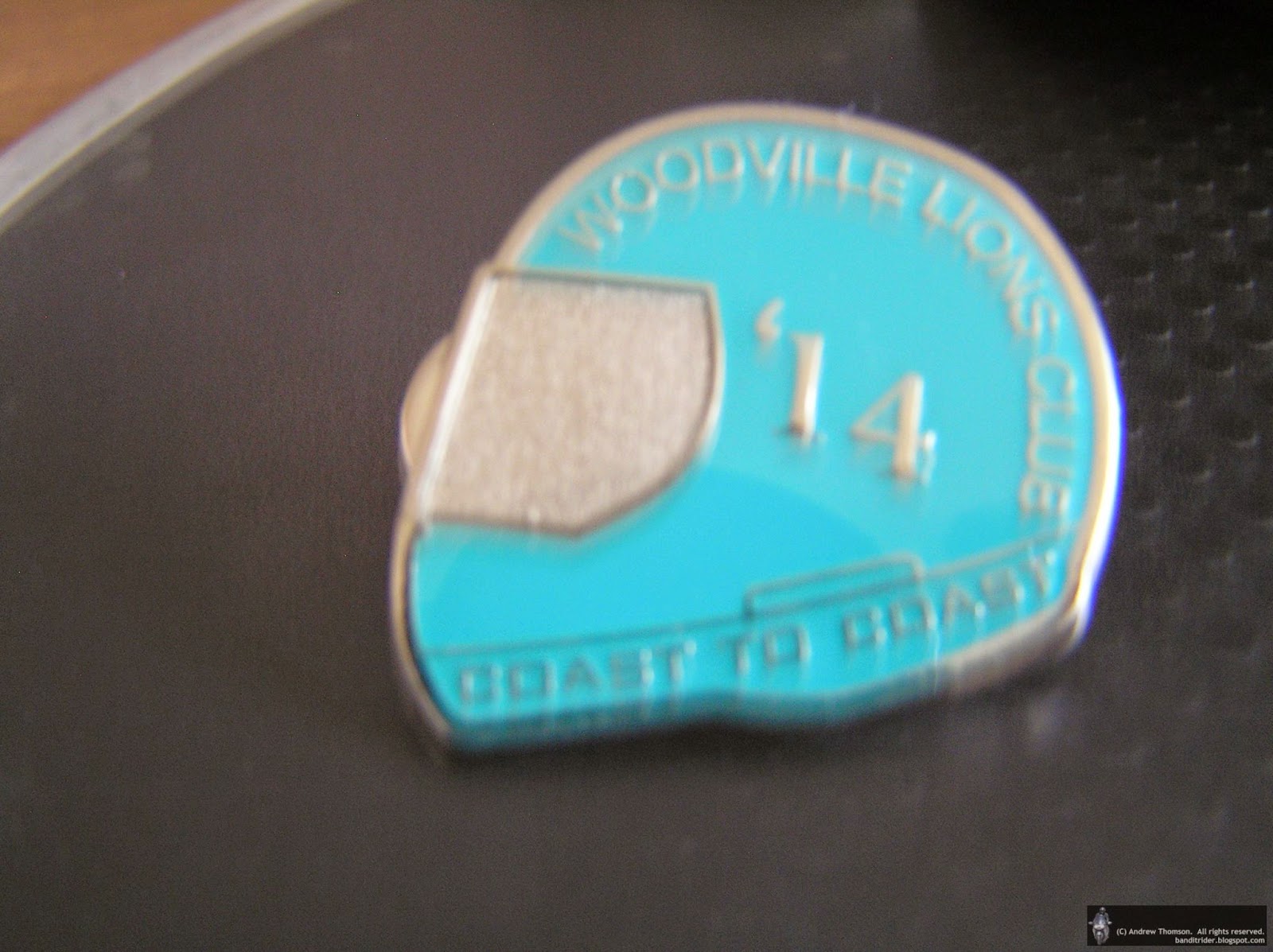 So, aside from dodging a few idiots we had a great ride and helped out the rescue helicopter a little.  Where to next weekend?
Posted by Andrew Thomson at 9:16 pm