Neil was that excited to get back onto the gravel that he didn't get around to making up a funny name for this month's BRR Adv ride...but never mind it was a doesey!

With I think it was about 8 bikes expected on the ride it was a little bit of a surprise to end up with about a dozen of us at the starting point in Halcombe.  One keen rider must have begged, borrowed or more than likely stolen a bike to come on the ride - it was only a KTM so the owner probably wasn't that bothered... 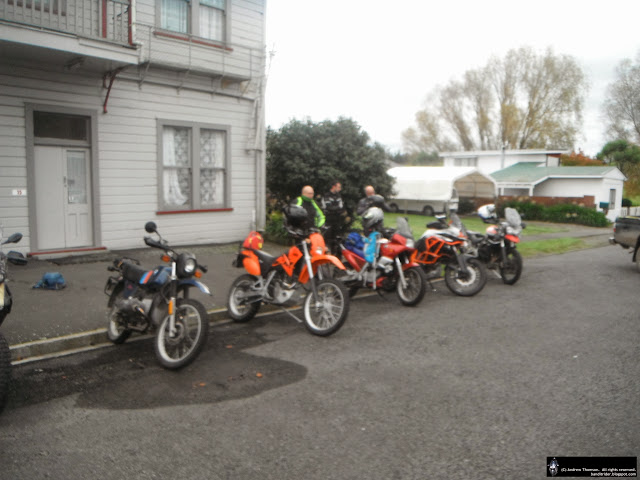 Our first little squirt took us over to Beaconsfield via a couple of really neat and fast little gravel roads.  It was a lot of fun and gave me a bit of confidence in my new front tyre that I had been wondering how well it would handle the gravel...it helped that the gravel was in perfect condition. 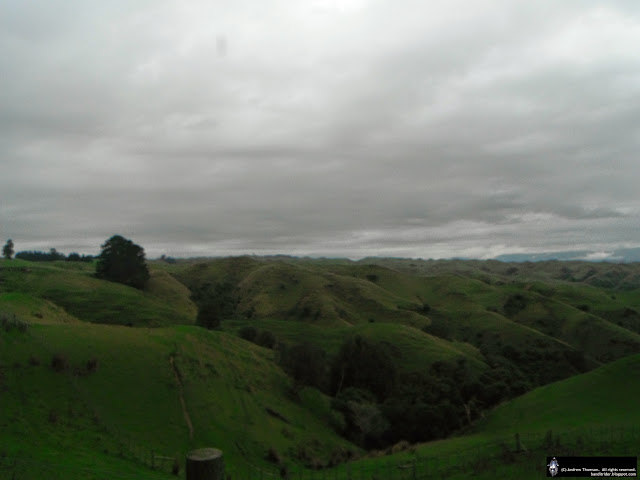 After some more great gravel and a short stop (see above) we got onto one of our favourite roads - Peep-O-Day Road.  Once again the gravel was in great nick and I had a blast trying to keep up with Ross.


Unfortunately, when we nearly were back out onto the tar, Neil got a phone call telling him that someone had gone down and hurt themselves.  We all doubled back and were soon at the scene where a F650 was lying down and Nick the rider in a bit of grief.  Emergency services were soon on their way (although we were officially in the middle of nowhere) and we righted the bike and got Nick vertical.  Surprisingly we were soon joined by several (3!) fire service vehicles and a cop with an ambulance still to come. 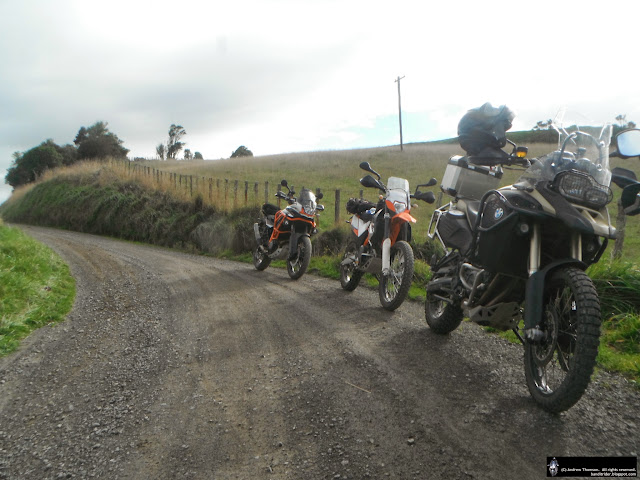 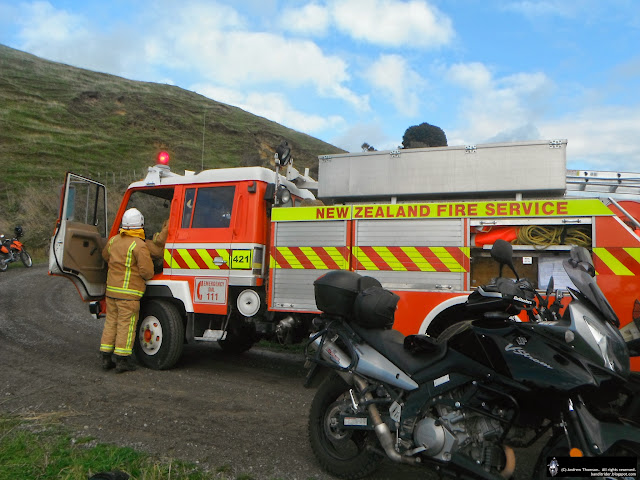 Seeing the Emergency Services guys (thanks heaps) had things under control most of us got underway again and were soon out on the tar to Pemberton where we turned left to point for Ohingaiti.  But no, as I had suspected we turned off onto more gravel to eventually take us through to Pakihikura and then the last bit of Vinegar Hill and into Hunterville for lunch.  Through here the gravel was a bit more of a challenge for me as it was freshly laid and fairly deep so the tended to float around a bit...

After lunch it was time take in another favourite - Watershed Road.  My new tyre handled this bit a bit better than the deep stuff before lunch but as you can see I did get left behind a bit.


A couple of stretches of seal then took us to our last bit of gravel of the day - Pohonui Road.  We've also done this one a few times and it's a great ride - not only is the ride fun but the views are really nice as you cruise down the valley.  The Road eventually spits you out at Turakina Valley Road and this is where we stopped and said goodbye to Neil who got to ride home via Turakina Valley Road - lucky sod! 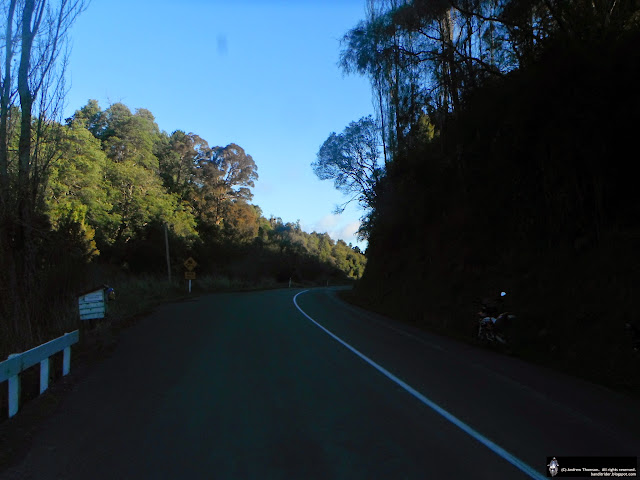 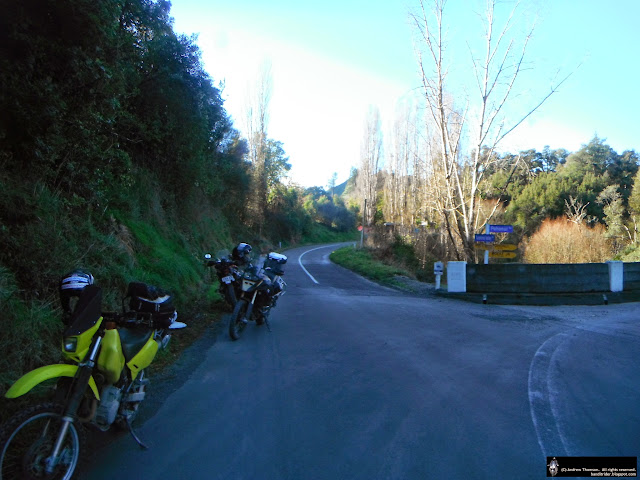 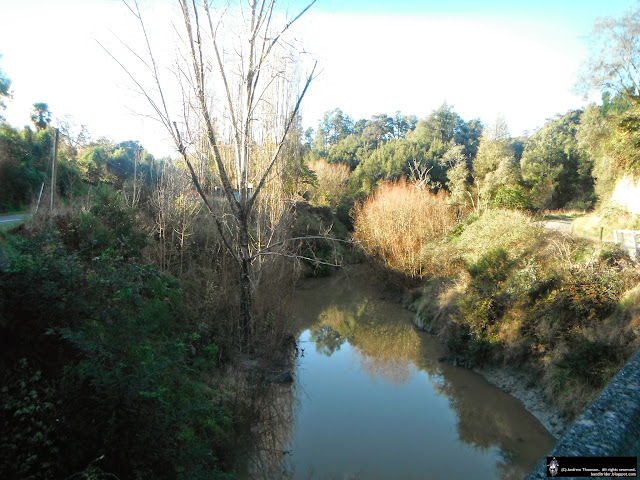 The rest of the ride was all seal - from the quick squirt back into Hunterville (where the Welly riders turned South) and then home via Vinegar Hill with a KTM in tow.

The first BRR Adv ride in a while was a blast and we're not too sure when the next one will be but there's bound to be a keen bunch of blokes keen for more gravel action...
Posted by Andrew Thomson at 7:07 am