Today was another stunner all over the lower North Island and Darlene had lain down a new blog challenge to capture a photo that showed off either spring or autumn depending on the particular hemisphere one happened to be inhabiting.

During the week we'd had a bit of a cold snap and Neil had mentioned that there was plenty of new snow on his mountain (you can see it out his window) and as there hadn't been much snow last time I was up there I thought it might be worth a ride to check it out.

It wasn't that cold as I was getting ready to hit the road but I figured it could be further up where the snow was so I geared up for the worst and fired up the heated grips too.  Heading out of Palmy the worst thing I had to contend with was the low sun which did a fantastic job of blinding me as I rode across to Cheltenham and onto Vinegar Hill.

Vinegar Hill was a nice warm-up with just a few wet (but not frosty) corners and only one 4WD on my side of the road to deal with.  Turning onto SH1 it got noticeably cooler and I was surprised at how little traffic there was on the road.  With a 4km/h tolerance this weekend I took things pretty quietly all the way up to Waiouru where I stopped for a couple of pictures and some petrol. 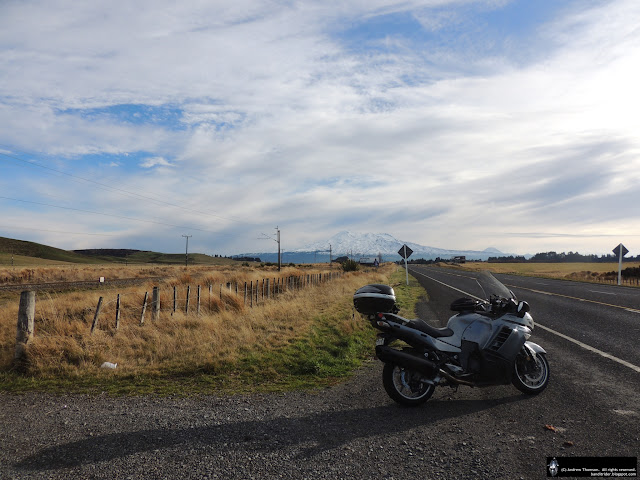 Next up was a short squirt across to 'kune where I stopped to ring Neil and get directions to his new pad - the Sena very handy for this... 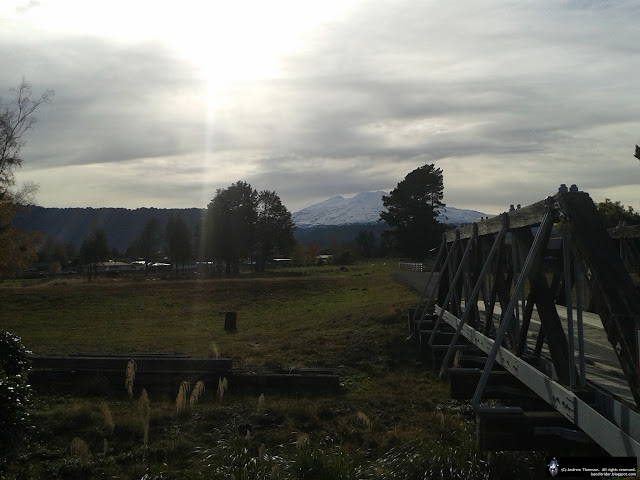 At Neil's there was coffee and bikkies while he fluffed around getting his Speedy ready and then Pete (a mate of Neil) turned up on Neil's Tiger.  Pete used to ride once upon a time and Neil has been pressuring him to get back into it so he's been forced to ride a Triumph for the last couple of days...

Pete shot off again to grab some more gear and to pick up the fourth rider in our merry band - a Bandit riding Renata.  Neil and I met them at the local servo and then it was time to hit the Paras...

We were pretty well behaved on the Paras and the further South we got the warmer it got too.  It was turning into a pretty nice winter's day. 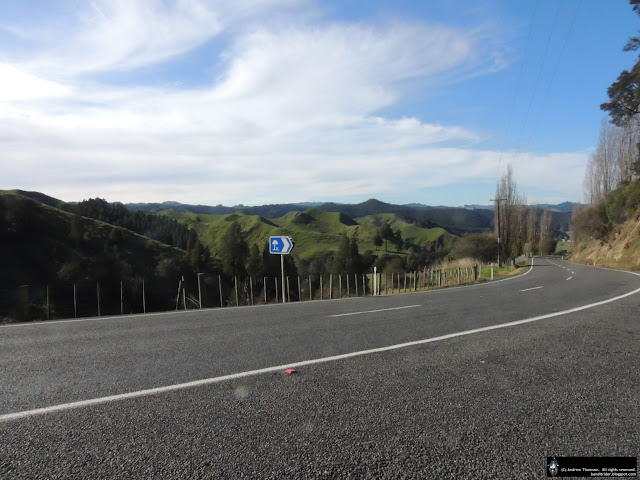 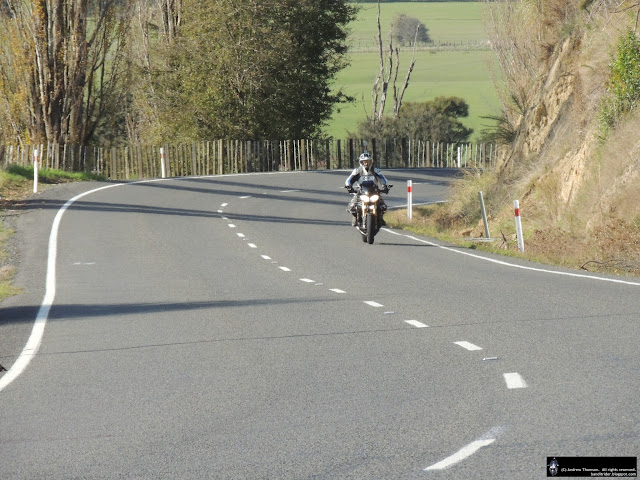 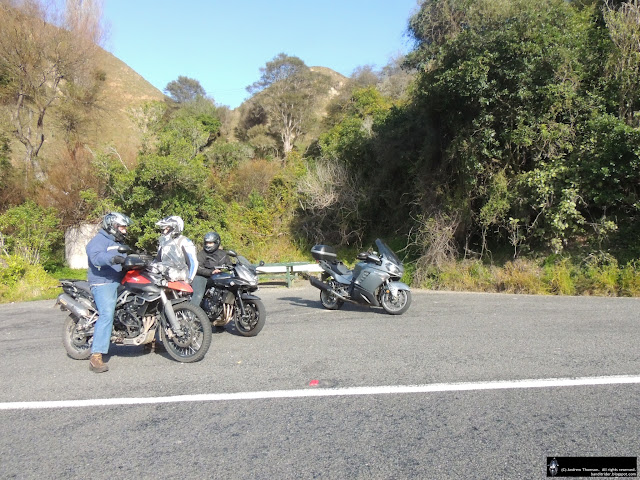 Once we'd run out of Paraparas we stopped in Upokongora for a drink and a natter before taking our normal route through Okoia and Fordell across to Hunterville - more great riding.  In Hunterville there was another pitstop before I parted company with the others to take Vinegar Hill (again) home and they cruised on up SH1 back to 'kune.

Another cracker day out on the bike - fantastic!