Yesterday was our monthly Black Top ride and for reason I decided that I'd better try out the new beast on some back roads...

Rocking up to the garage meeting point there was already a fair few riders waiting for the kick-off and I wasn't the only one sporting some new tarmac eating tackle.

We also had a few BRRBT newbies on all sorts of two-wheeled creations. 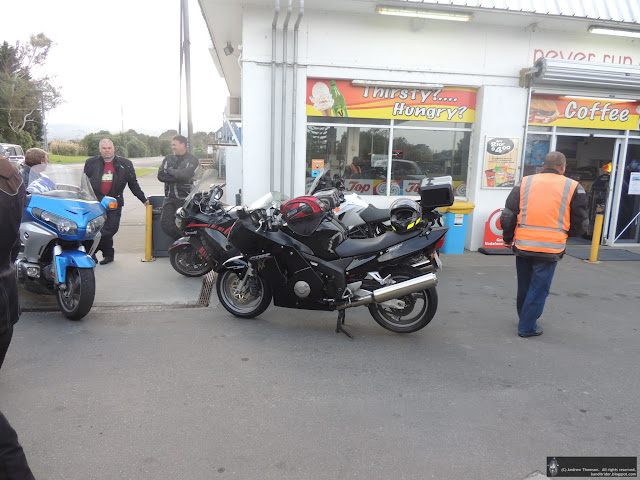 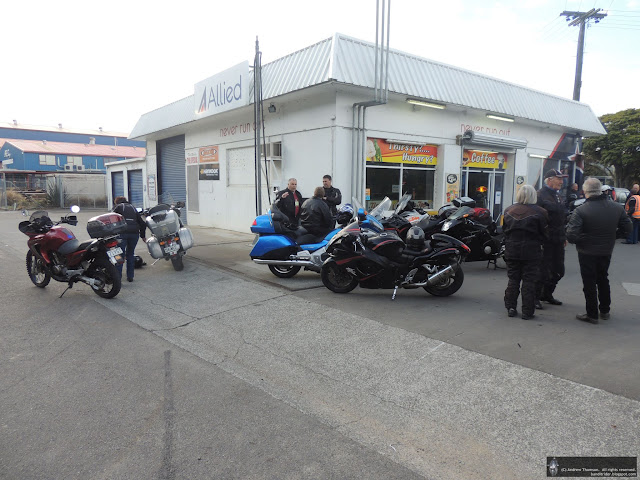 Leaving Ashhurst we pootled through the gorge and even had to stop at some traffic lights where there was some work going on.  We turned off just the other side of the gorge onto Gorge Road (not sure why its called that) for our first little squirt along some back roads.

It was a great little ride to kick things off but there's a poor old pukeko out there who I think would disagree.  I tried to avoid him but perhaps he was suicidal or thought that the big blue Tenere was a bigger, sexier looking pukeko... 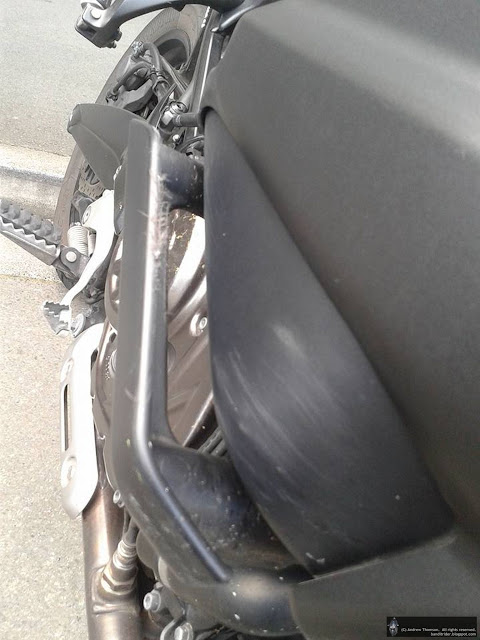 Next up was a little bit of Makomako Road before we turned off to take Mikau Road through to Mangamire and then SH2.  Another nice little run although spoiled a little by some road markers recent stuff-up - a big long line of slippery paint - check out the video to see the whoopsie.

After a short stretch of SH2 we turned off again to take in Hamua Rongomai Road which took us over to Magaone Valley Road and back in the direction of Pahiatua.


Instead of riding into Pahiatua we carried on around some more mint back roads through to Jacksons and Oringi to again pop out on SH2. 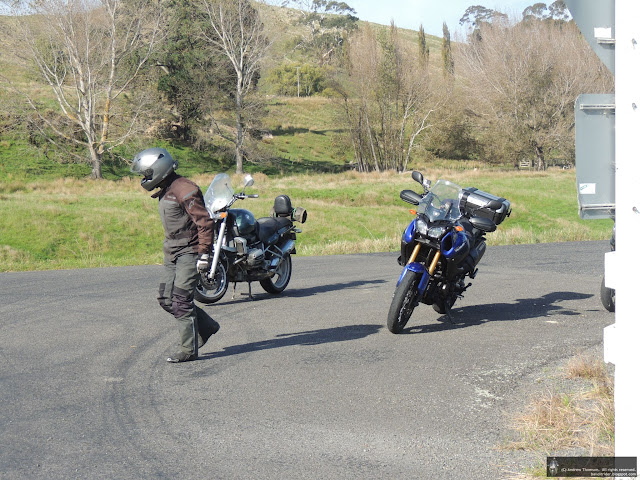 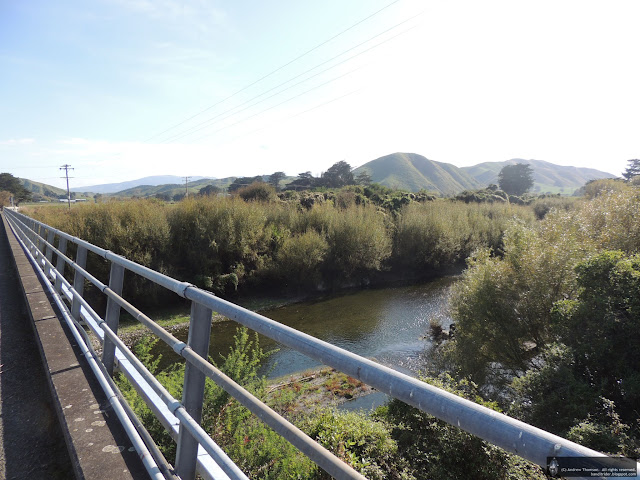 Another short ride up SH2 saw us in Dannevirke for an early lunch.  After lunch we lost about half the bunch as they had other things to do but for the remaining gang it was time to head further East towards Weber.

Rather than take the Weber road directly out to Weber we took in a small loop on Waitahora Road.  This was another neat back road but it did introduce us to some pretty blustery conditions and also to some woolly hazards...

We ended up on Weber Road for a few more km before I lead the gang astray on a detour to the Waihi Falls.  With 4 out of 5 of us on Adv bikes of some description I thought that a little gravel wasn't going to upset everyone too much... 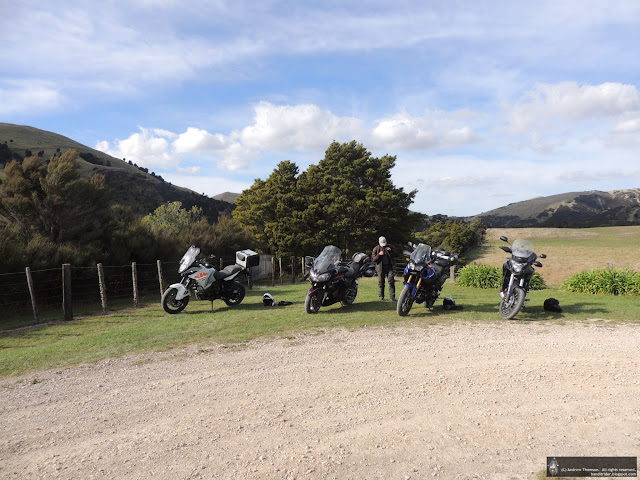 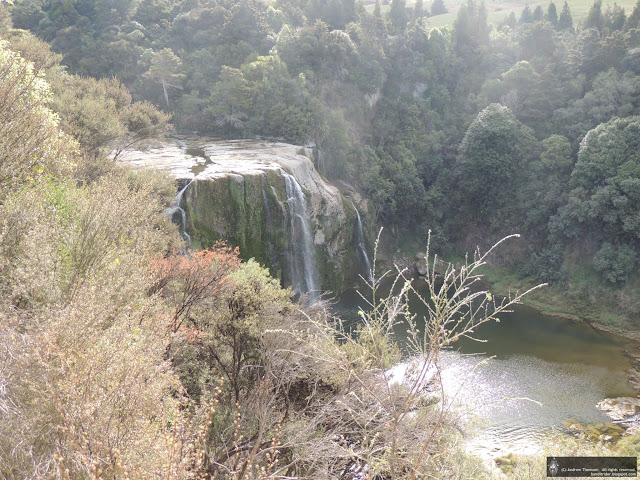 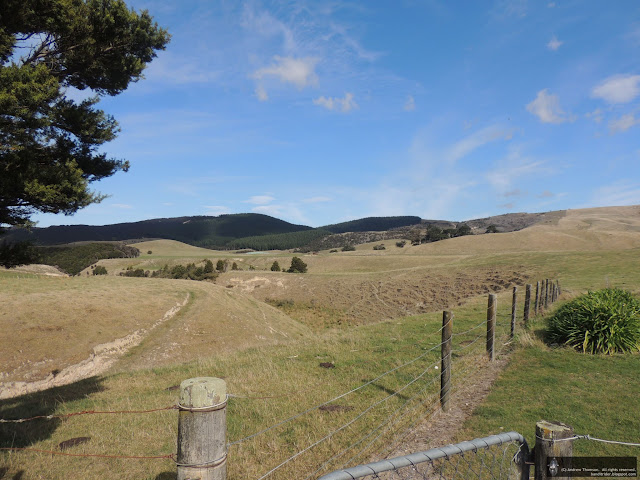 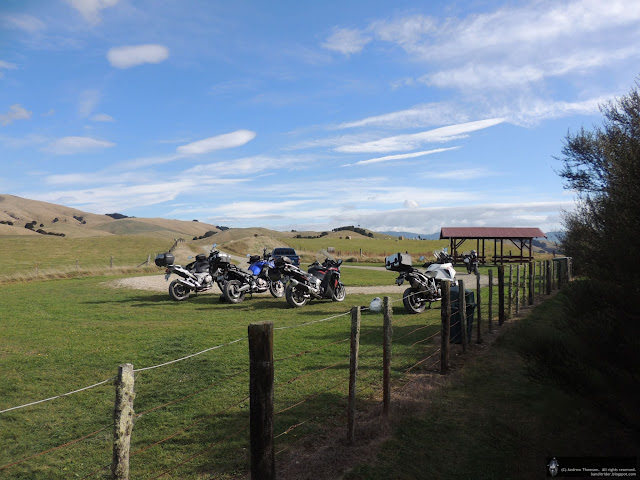 The team may have enjoyed the short 4km or so of gravel into the falls but weren't as keen to take more gravel out on 1 of the 2 possible options I mooted so we retraced our steps and then made our way to Pongaroa.  Just out of Pongaroa the wind got very strong and we were getting blown all over the place.  I pulled over at my bridge to warn the others that it would be worse as we climbed up over the hill and dropped into Makuri.  in the end we decided to chicken out and made our way back to Pongaroa and then turned South on Route 52 for the alternate route back to Pahiatua.

After more delicious corners and just the odd bit of wind we ended up  in Pahiatua where Colin waved me off as he headed home via SH2.  I decided to take in part of the track before testing out the Tenere's gravel manners again on Tararua Road.

I didn't see the Pukeko again on Gorge Road so maybe he was tougher than I thought and limped off home (yeah, right) but the twisty corners were still there and I had a nice little ride back through the gorge to Ashhurst and then home.  A nice little ride of around 370km and all done on one tank of gas made me a happy a camper!

Posted by Andrew Thomson at 7:25 pm