Return to the valley...

...and that Forgotten Highway.

This Saturday's weather was certainly an improvement over the last few weeks' - nice and sunny with very little wind.  And I had unfinished business carrying over from the previous weekend - a trip up Turakina Valley.

I didn't leave home until nearly 2pm as I was also on another mission (which may come up at some stage) and was looking forward to a nice relaxing ride without worrying about the time.  In Marton I stopped for fuel and also had to remove the waterproof liner from my jacket and open up the vents in the sleeves - yep, she was a warm one.

A quick skid on hot slippery tar on Makuhou Road got me to the very first bit of Turakina Valley Road.  For most of the length of the road it alternates between windy, narrow and bumpy tarmac to good gravel and back again.  A bit of everything and some great views too. 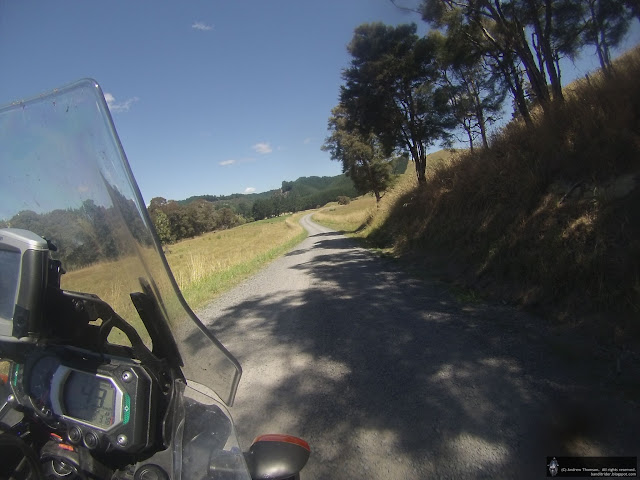 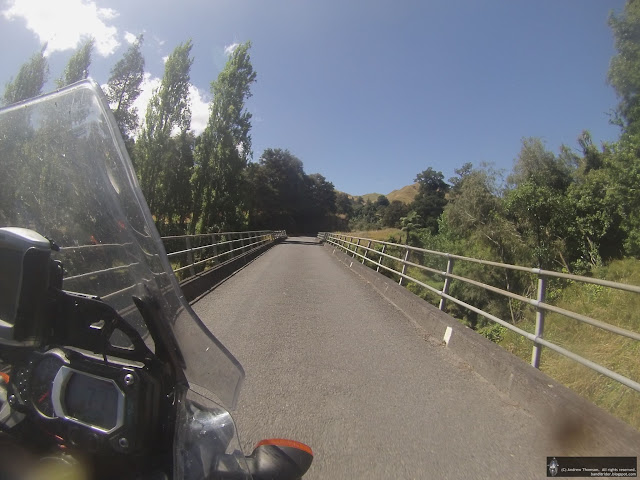 Some of the gravel sections had a few rough corrugations on them and along the way the right hand mirror worked its way loose and was getting close to abandoning ship so a quick stop was called for take care of it and to take on some water.  Crap views though.. 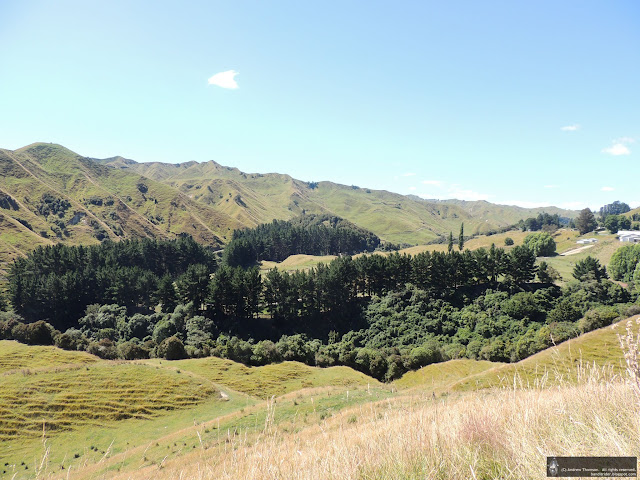 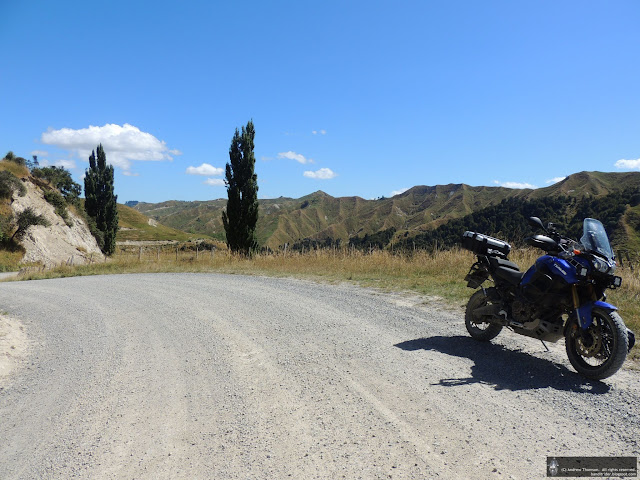 Further on up the road there was actually some traffic. 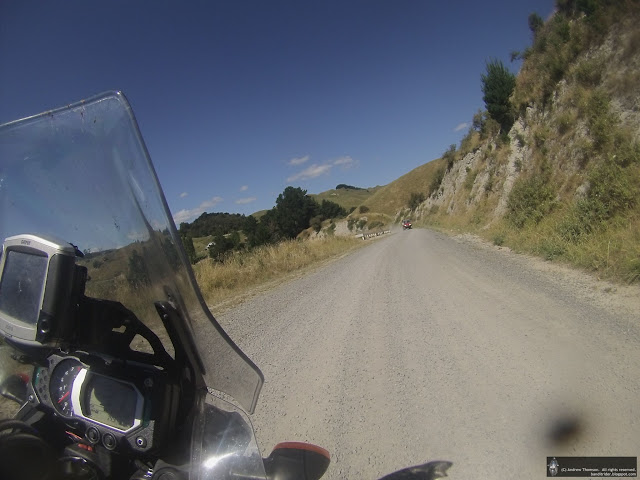 The above guy was nice and polite but I decided that discretion was the better part of valour when this next guy hove into view... 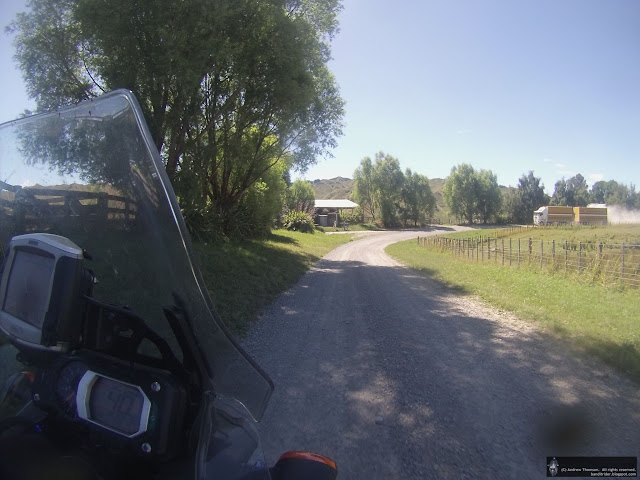 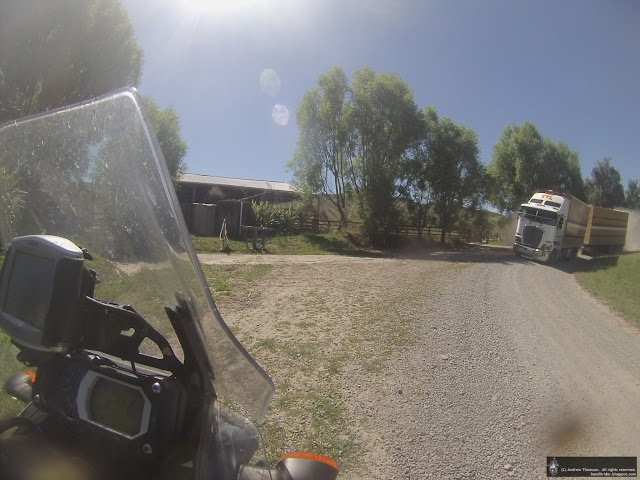 By now I was really enjoying the ride, taking it pretty quietly and just enjoying this fantastic bit of back country road. 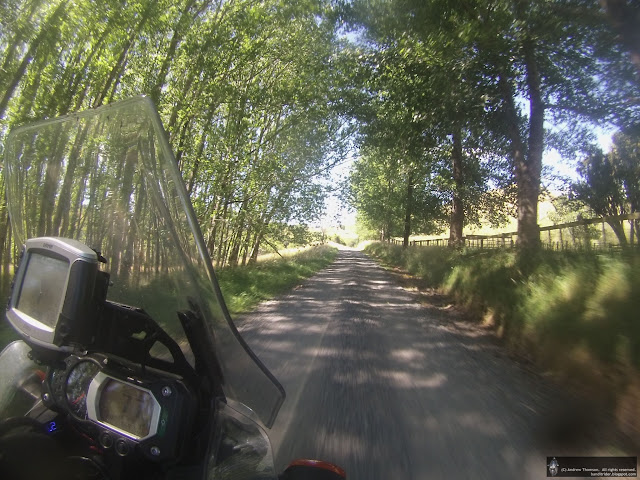 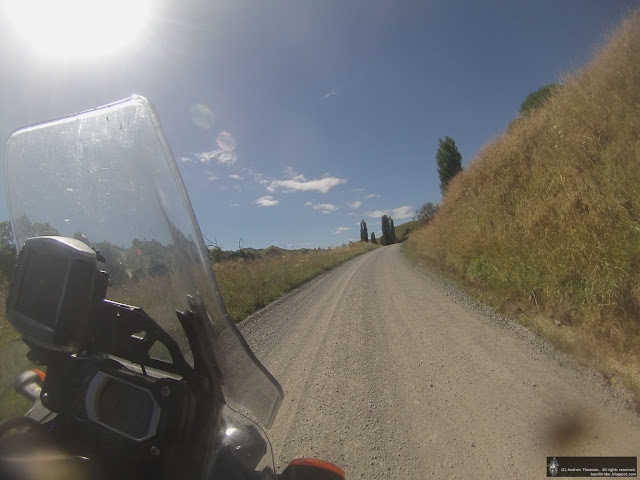 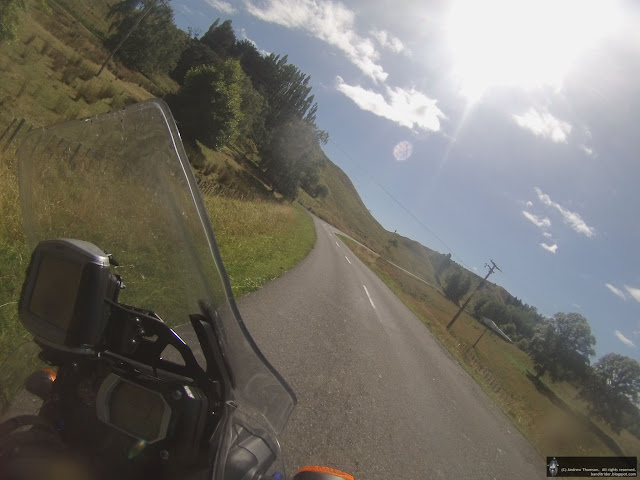 Nearing the end of Turakina Valley Road the mountain became visible, it always looks good but particularly so on a nice clear day. 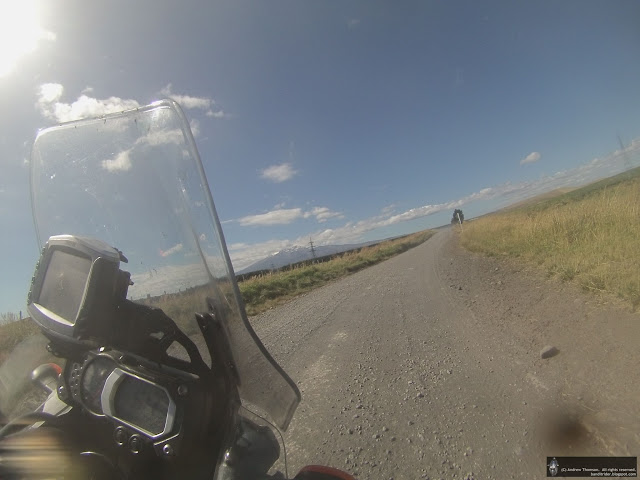 A quick stop in Ohakune discovered that a certain ex-Triumph owner wasn't home so I pressed on.  Trundling up SH4 I noticed a gravel road heading off to the left.  I wondered if it was one that Neil had taken us on at some stage so set out to find out.

It turns out that Middle Road wasn't one I'd done before and it ended up taking me in completely the wrong way back towards Raetihi.  Once I hit SH4 again I turned North and got to re-ride some of it for the second time that day.

As I was in no hurry, when I hit Owhango I turned off to ride down Whakapapa Bush Road just for a nosey.  This road ends up becoming the 42ns Traverse and there was no way I was tackling that one on the Tenere (even if I hadn't been alone I wouldn't) but I did stop to take a few pics and some video of the ride back out. 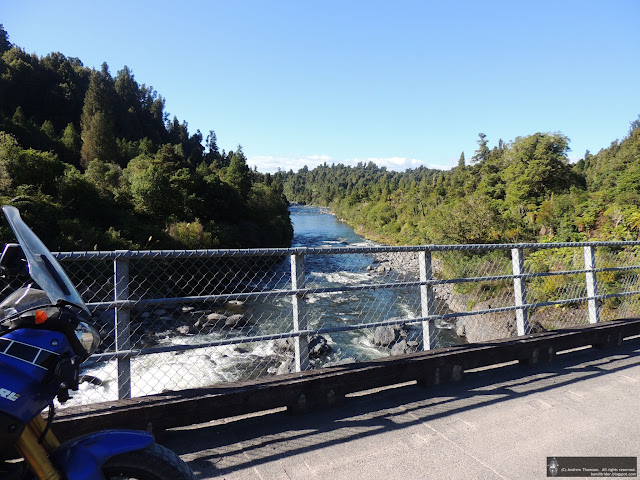 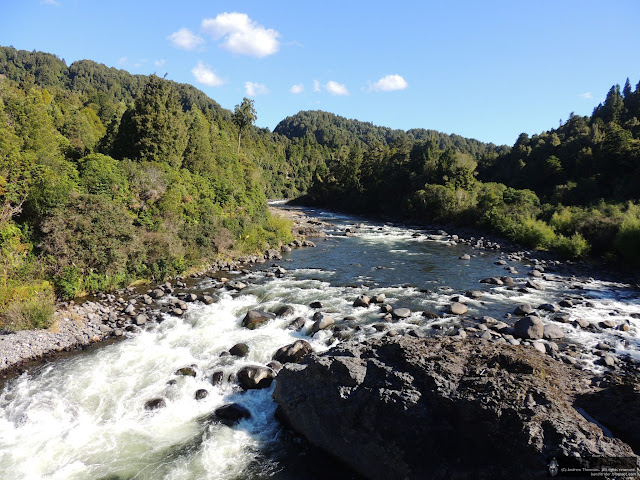 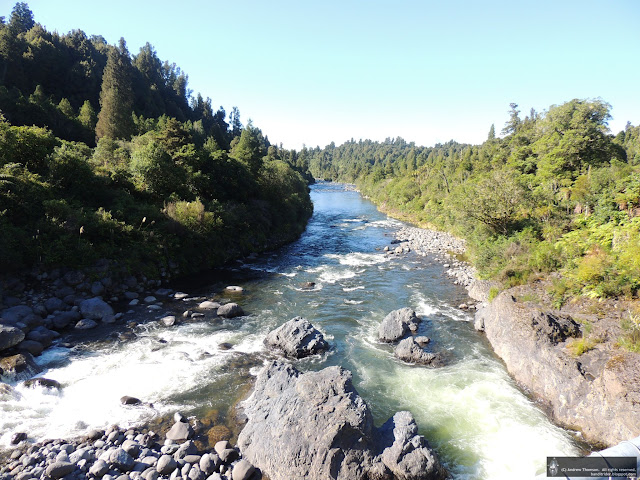 My next stop was in Taumarunui where the bike was refueled again and I went in search of a burger to destroy while I contemplated where to next? 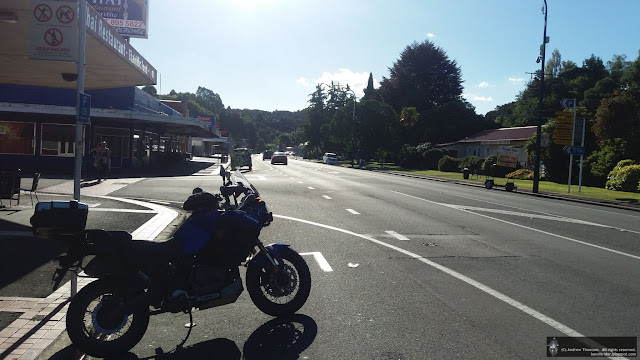 As I was still in no hurry I had options up the wazoo I finally decided to hit the Forgotten Highway as the sun set and then cruise home via the 'naki.  The FH was fantastic - it was finally getting cooler and there was next to no traffic on it.  After the gravel section I even stopped for more piccys... 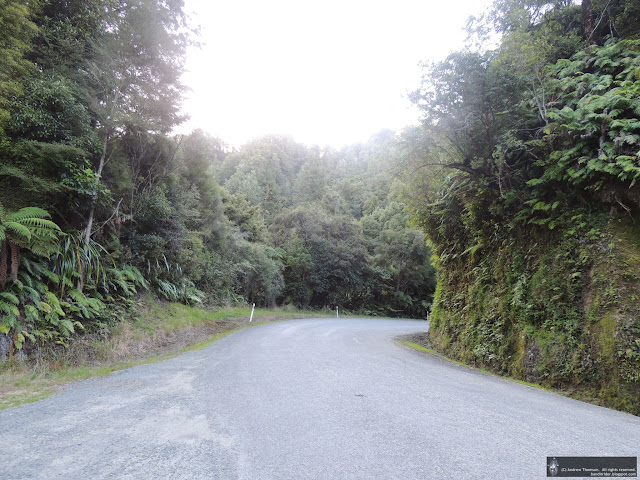 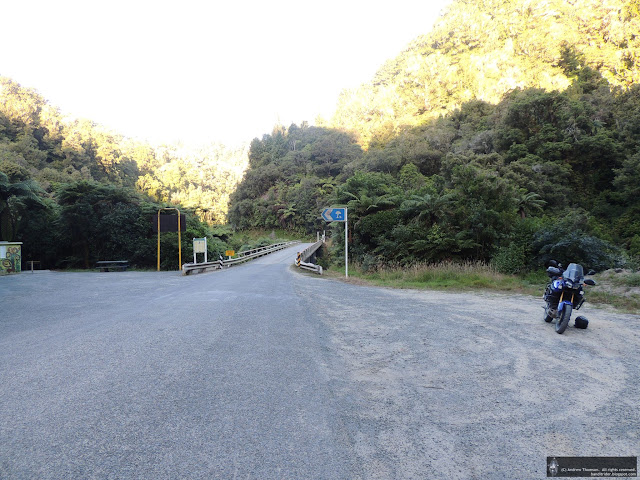 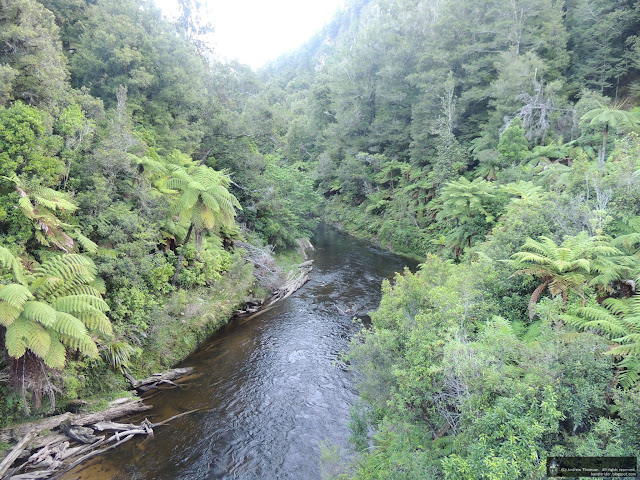 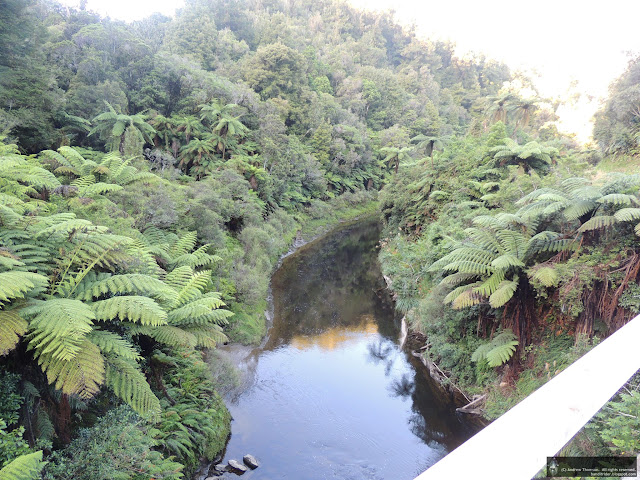 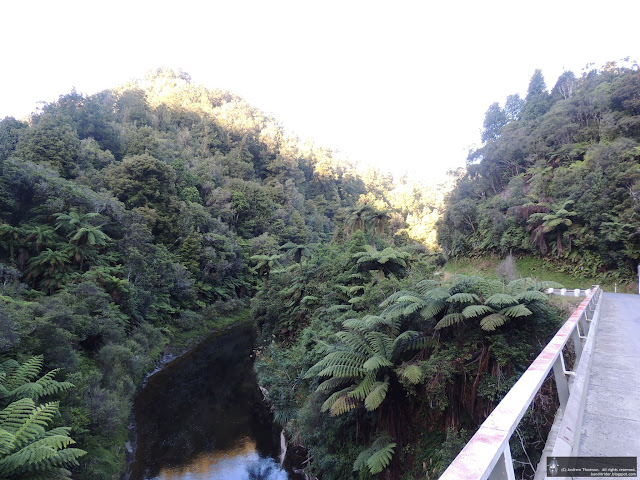 Whangamomona wasn't exactly busy when I rode through and I didn't stop, preferring to carry on destroying my E-07's on the fantastic curvy saddles.  I arrived in Toko just in time for a quick snap of the sunset and that we hill. 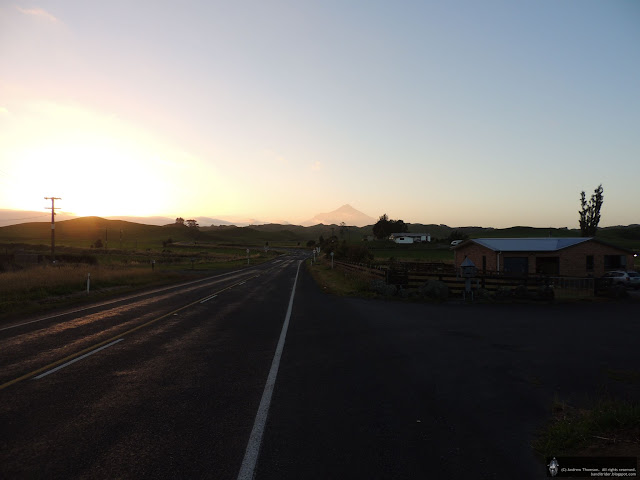 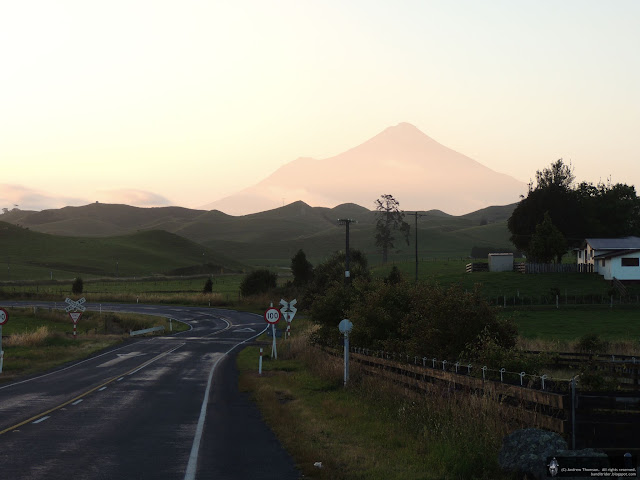 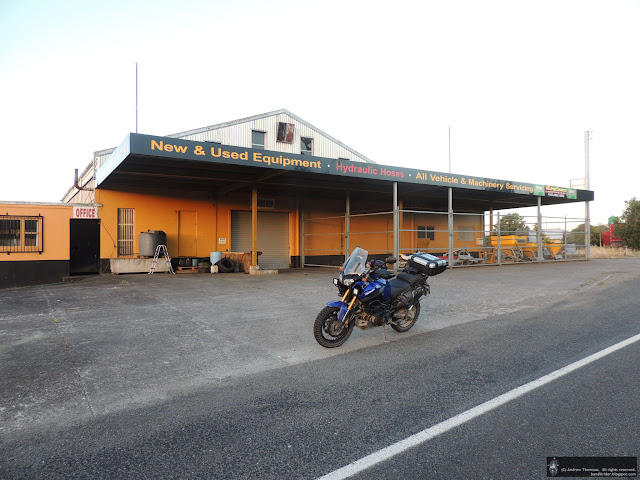 Sleeves zipped back up and turning South at Stratford, I ran away from the setting sun and into the coming night.  By the time I was the other side of Hawera the light was nearly gone and I was getting plastered by bugs as I engaged cruise mode.  I finally parked the bike at about 10:45 after a fantastic pootle racking up about another 630km - primo day, I hope it isn't the last...