Definitely not, she was a cracker!  And so, crackers need using in an appropriate manner - namely, the exercising of two-wheeled machinery, wearing out rubber and disposing of the remains of dinosaurs.

I was fairly busy in the morning, boring household type stuff mostly and the exercising of my hairy roomy but was able to get out on the road just after 12.  With it being such an outstanding day it was time to take the Connie for a reasonable leg stretch and a trip up the Paras and over Fields track immediately came to mind.

Fueled up, I took my usual route across to Fordell, through Okoia and onto the Paras.  At the Wanganui River Road turn-off I paused to kick the GoPro into life and this time around I just left it taking snaps every five seconds.  Amazingly the battery easily lasted around 2 hours 40 resulting in 1,837 photos.  They're all pretty good so if you want to see them, let me know and I'll email them through...

I hadn't ridden the Paras for a while so it was great to see that they were still there and in pretty good condition - just the odd few road works and some slippery bits which might have been frosty earlier in the day. 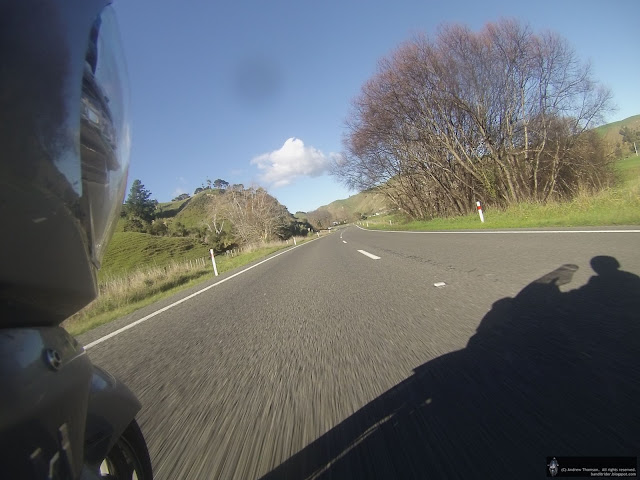 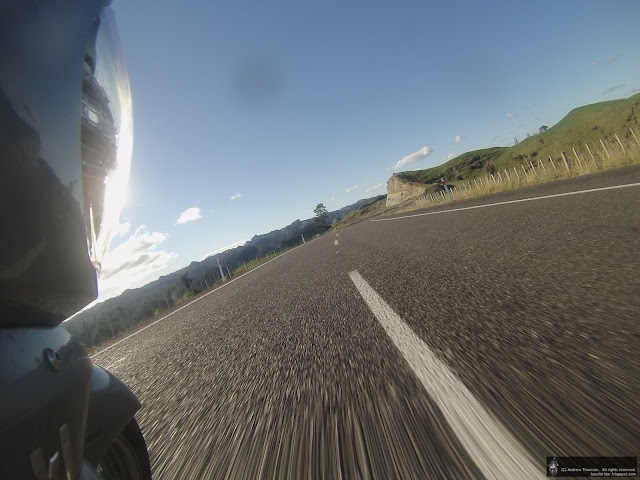 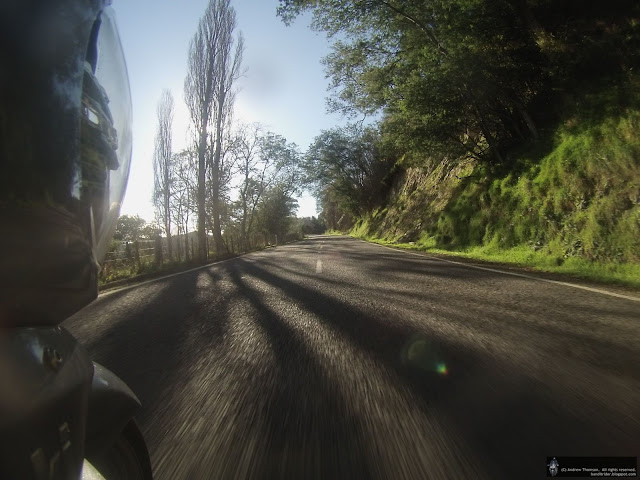 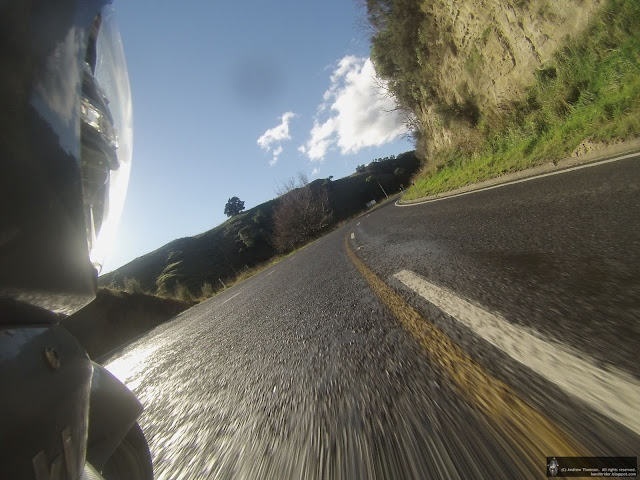 Just the odd little hazard along the way... 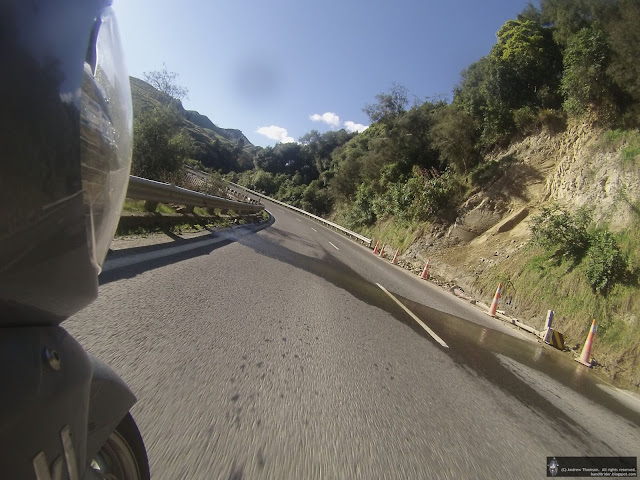 Soon it was time to turn-off and start the trip over Fields Track - I love this road! 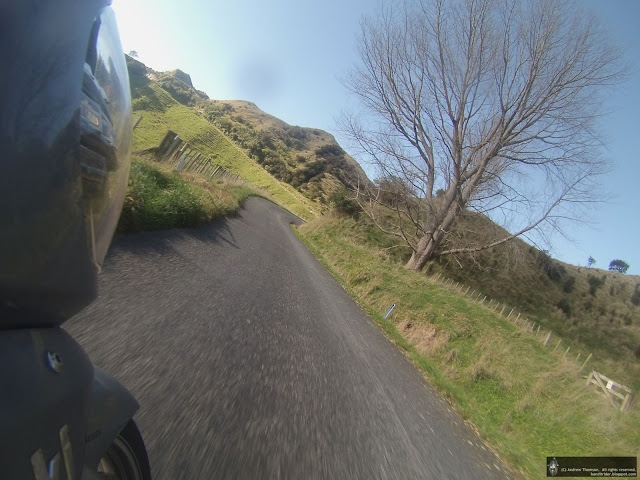 I got a bit of a workout charging up the hill so pulled up in the normal spot for a quick breather. 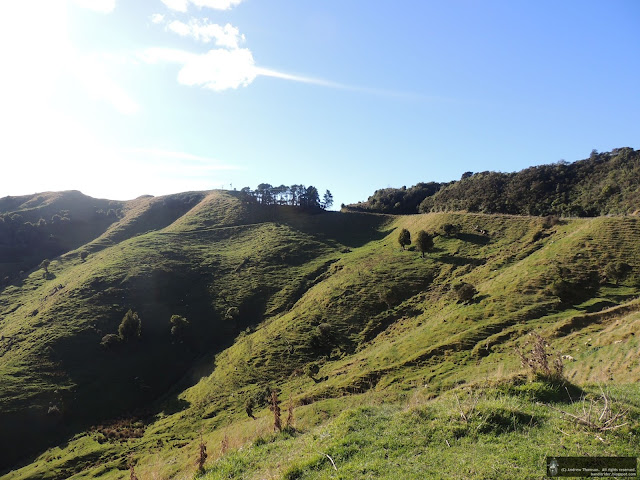 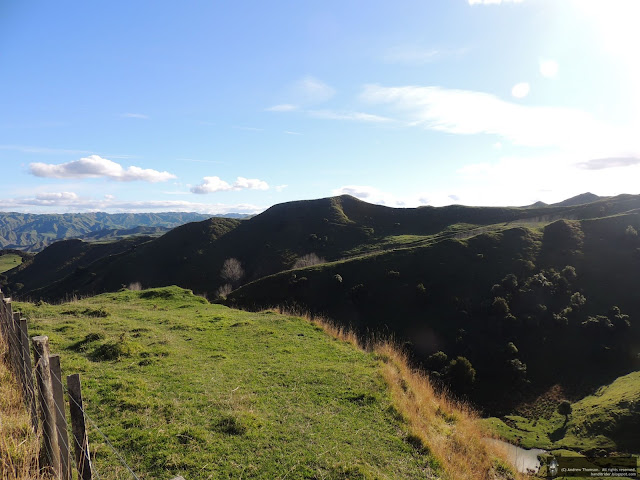 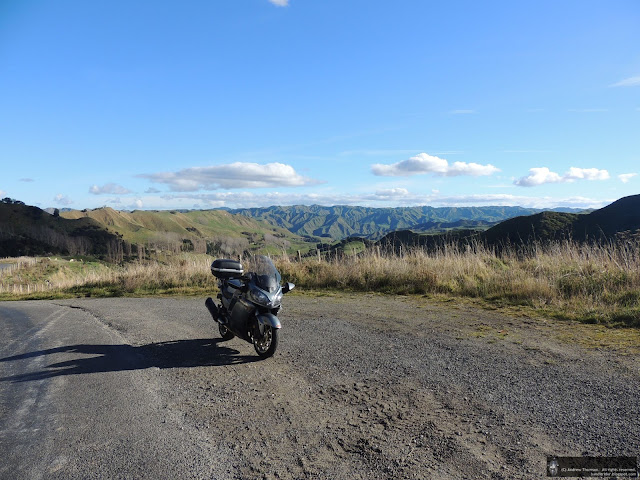 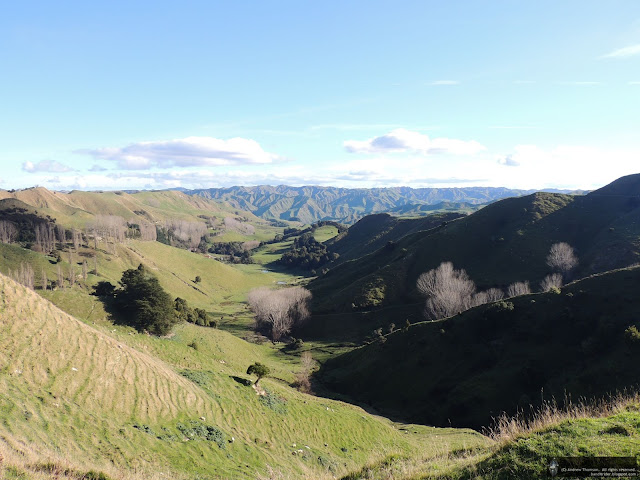 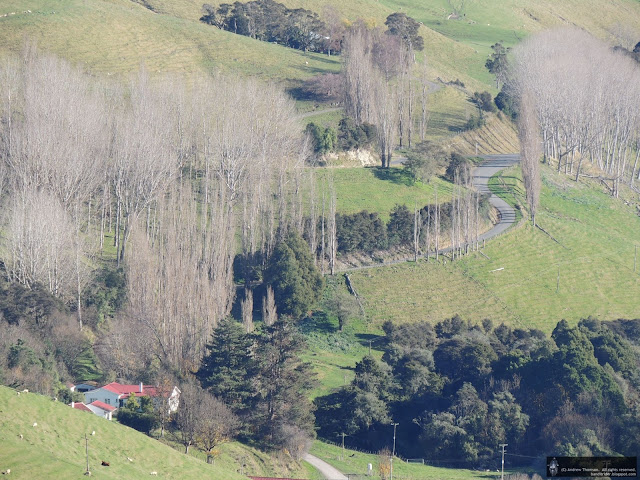 Next up was the drop down the hill and the cruise across towards SH49. 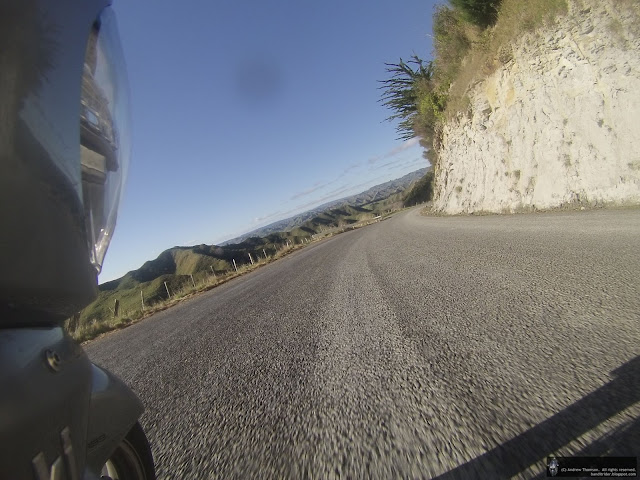 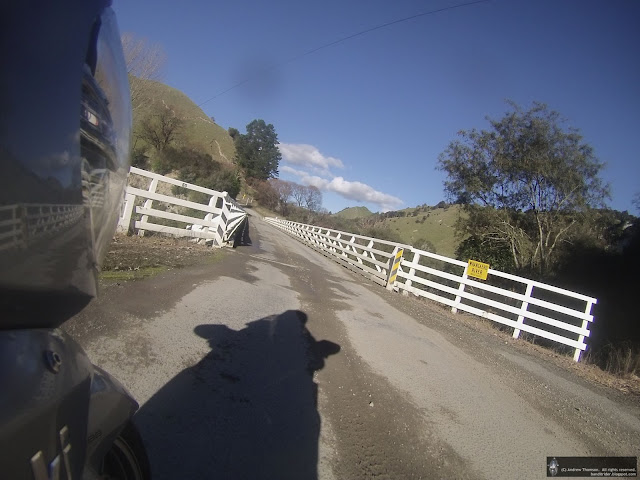 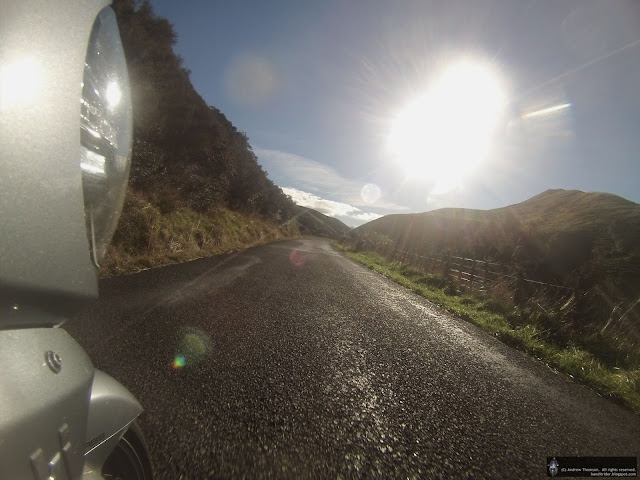 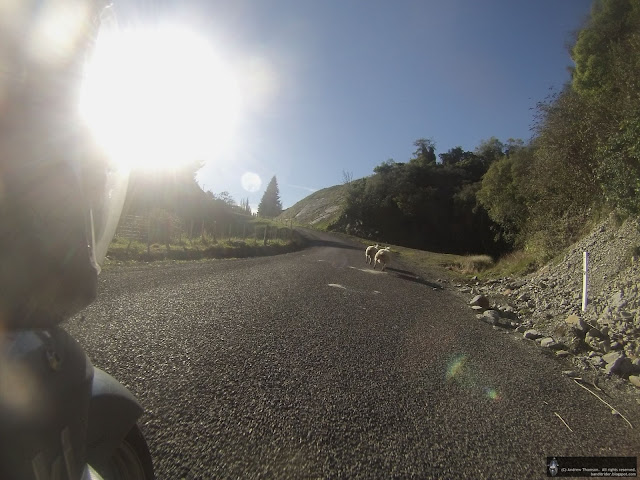 After snatching a few awesome glimpses of the mountain, I was looking for a spot to pull over and take some decent pictures.  Think I may have been lucky as the cloud moved over the mountain not long after I stopped. 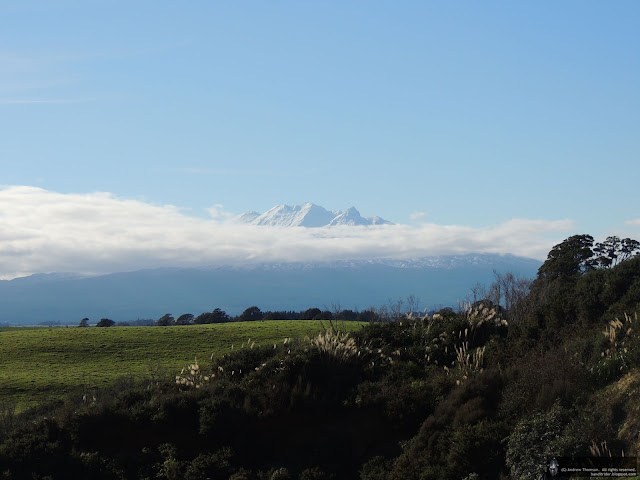 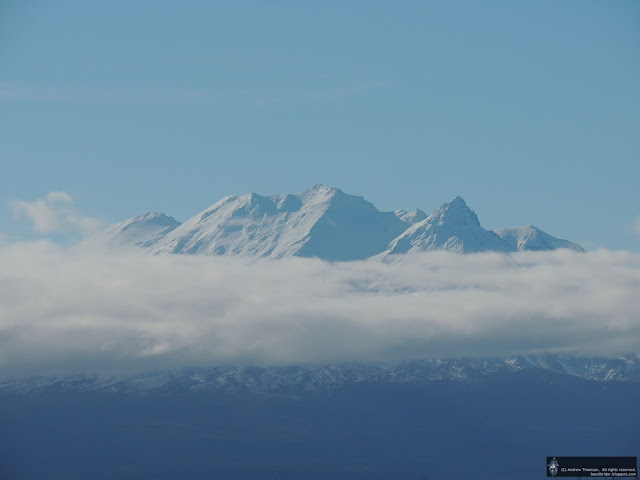 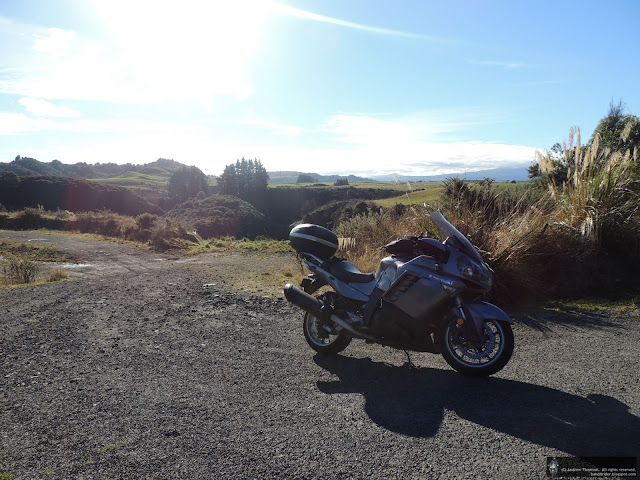 Cruising through Waiouru and then turning homeward it got a little chillier but the grips were on and screen up - the Connie does winter fairly well. 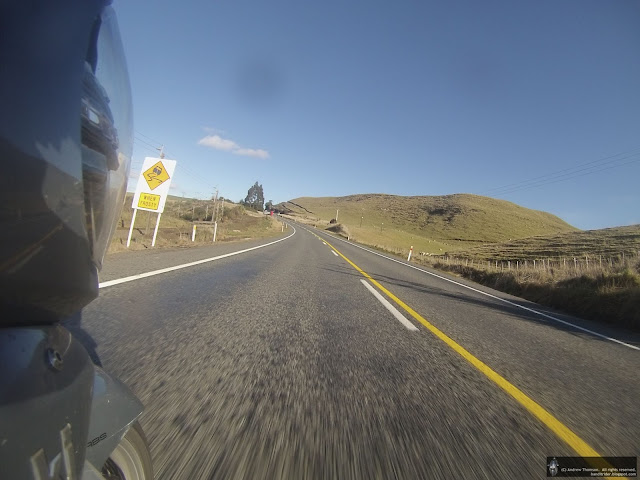 South of Taihape I was getting bored with SH1 and behaving myself so at Mangaweka I turned right and aimed for Rangiwahia.  The road was a little dicey at first with plenty of crap on the road - the rear slid around on me a few times but once up out of the river valley, the road got better. 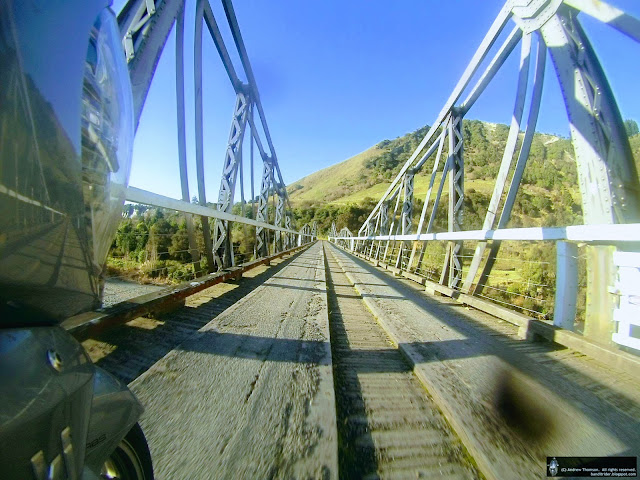 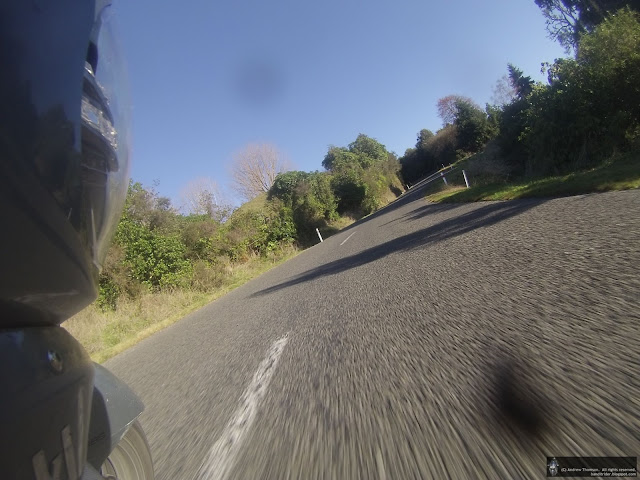 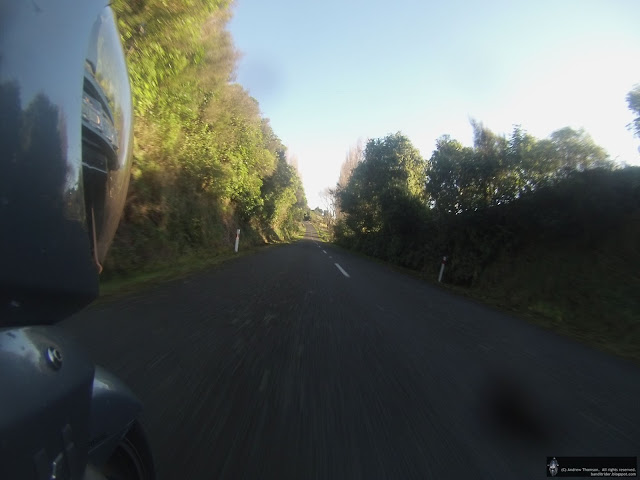 Just delayed a bit by another slightly mobile road block... 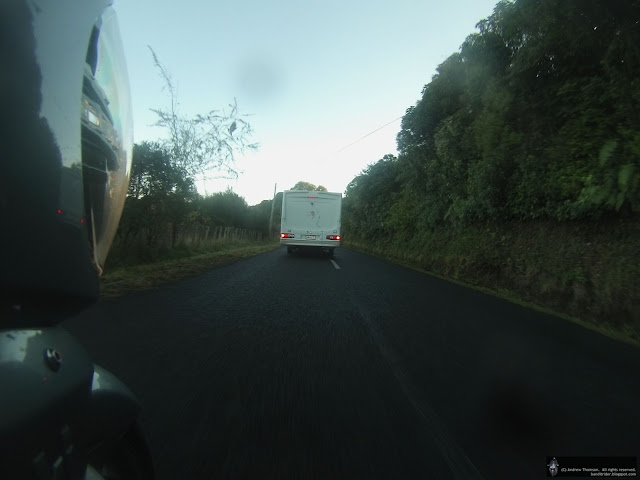 I made it through to Cheltenham without running out of fuel but finally got the low fuel alert on the way towards Feilding.  I decided that I had plenty of gas so instead of going into Feilding I carried on home via Colyton and Bunnythorpe. 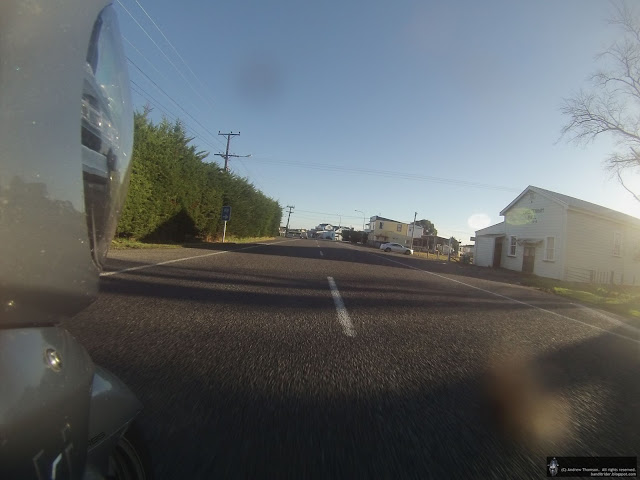 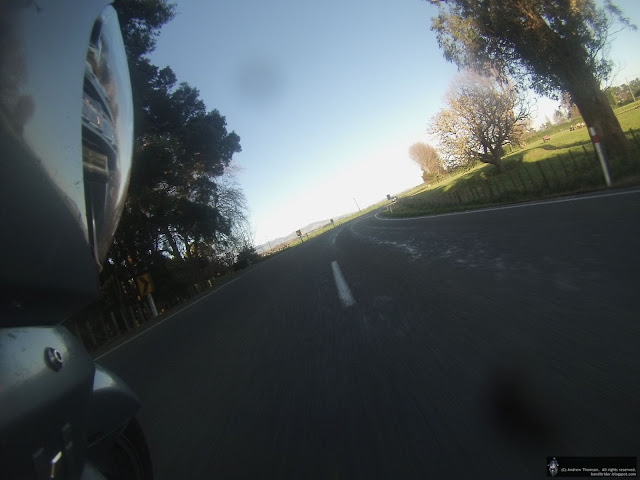 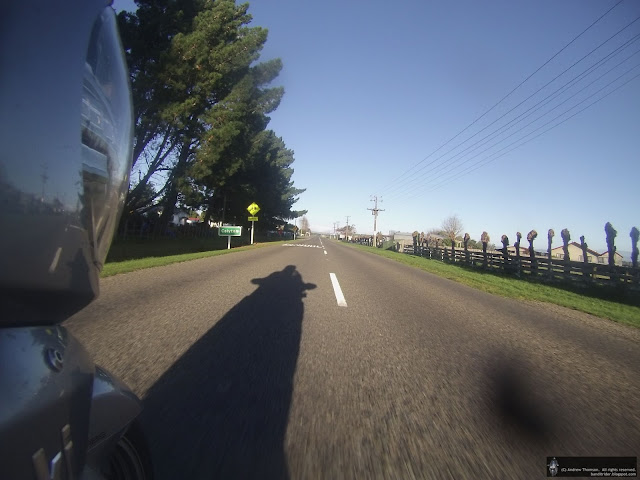 I was home just before 4 after around 330 fun filled kms and soon relaxing with a coffee and sifting through all those pics...

Posted by Andrew Thomson at 7:49 pm