Day 7 was another decent sized run of about 600km from Christchurch to my sister's place in Richmond via a few little deteours here and there.

I left my motel around 8am and pointed the Tenere West.  My first stop was for fuel in Springfield but I just made it a splash and dash and was soon back on the great West Coast Road.

At one stage I caught some traffic (including a HP car) stuck behind a truck but he quickly pulled over.  The cop then did a dirty on me by pulling over, letting the 2 cars past and then pulling in behind to check me out.

This meant me watching my speedo like a hawk for about 15km until he pulled off - good thing I never speed.  He eventually pulled off just before light controlled road works that had me waiting for a few minutes before I could continue on.

My first diversion was to check out a short gravel road that I'd found listed on the Adventure Riding NZ Forum.  Waimakariri Valley Road takes you about 1.5km off the main road to a campsite by the river.  When I got there people were still cooking breakfast...

Here's some video of the ride in:


At the car park/campsite I stopped for some pictures and my warm gloves - it was a bit of a chilly morning and perhaps looking like things might get damp later on... 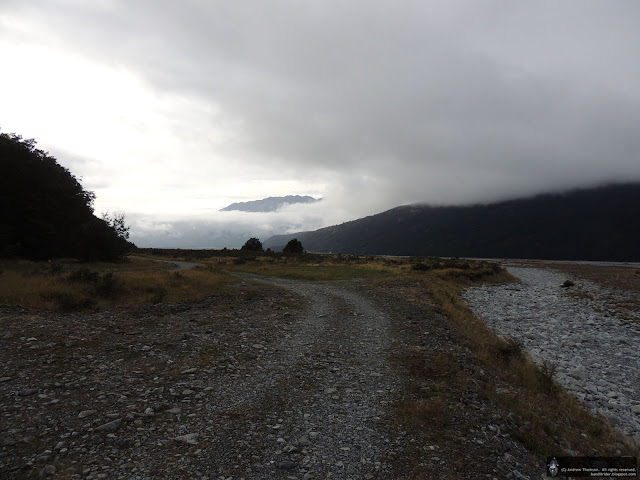 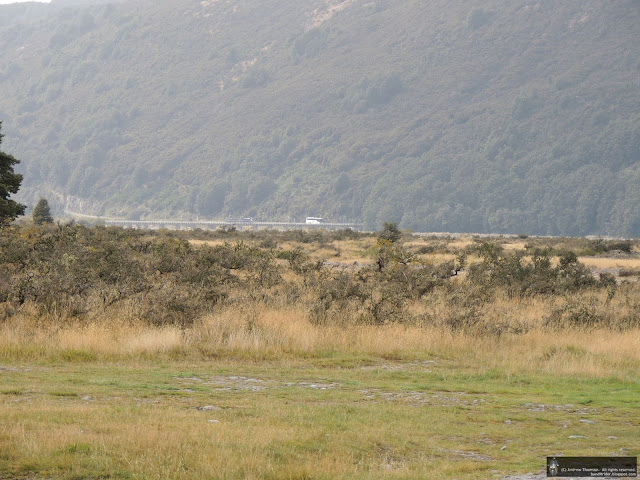 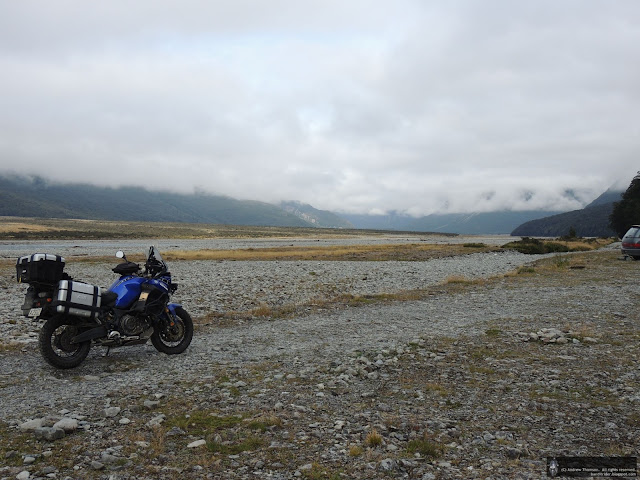 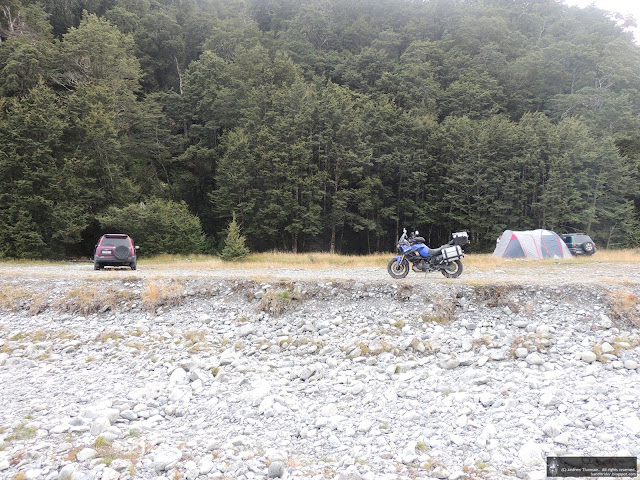 After the ride out I stopped again - I decided that I didn't like my thick gloves after all and just made do with the heated grips...

Next up was more of the magnificent West Coast road through Arthurs Pass and then onto Otira.

At Jacksons I left the West Coast Road and made for Lake Brunner.  But rather than ride right through to Lake Brunner I turned off (after first missing the corner) to take in Bell Hill Road.  This was another road that I'd ridden before on last year's TT.  Once again there had been a checkpoint out there and I remembered the really nice, smooth gravel road and wanted to check it out again.

The road takes you through to Nelson Creek-Bell Hill Road and then out onto SH7 a bit further North East than the road through Lake Brunner would.  It also turns out that you can ride the full length of Bell Hill Road in less time that it takes to listen to Telegraph Road...


I carried on up SH7 through to Ikamatua before turning off again to sample another road from the Forum.  Waiuta and Blackwater Roads take you up to the Waiuta Historic gold mine site.  The last bit of the road is some nice gravel through native bush.


At the end of the road is the abandoned Gold mine and I spent a bit of time wandering around having a good old nosey. 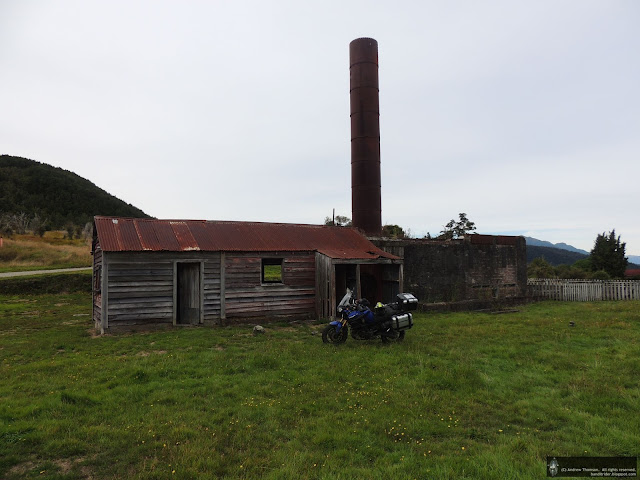 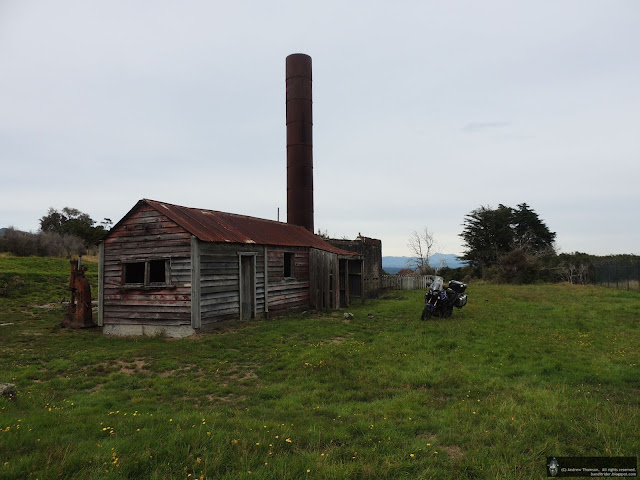 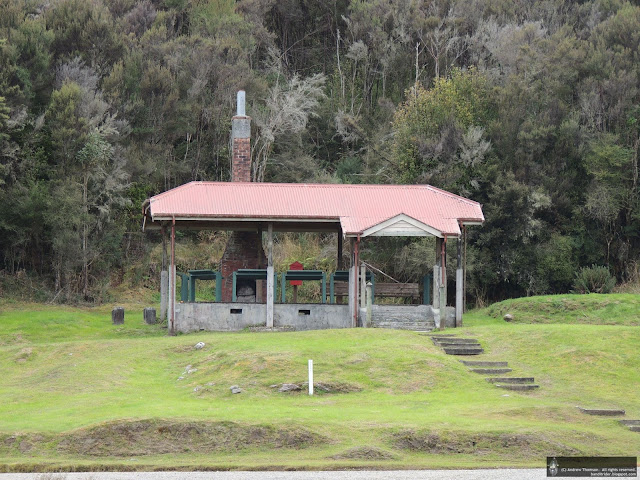 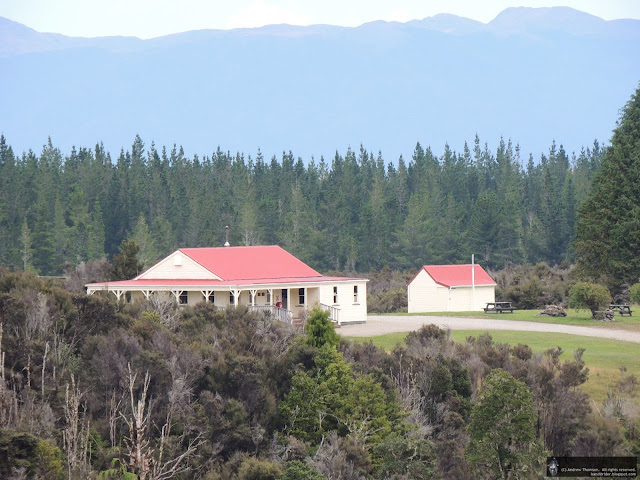 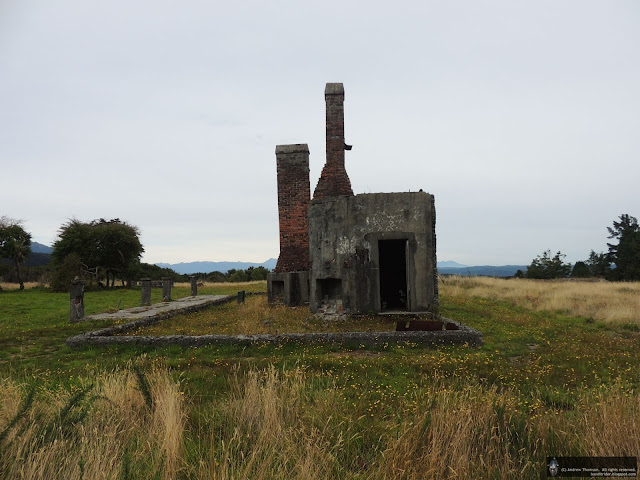 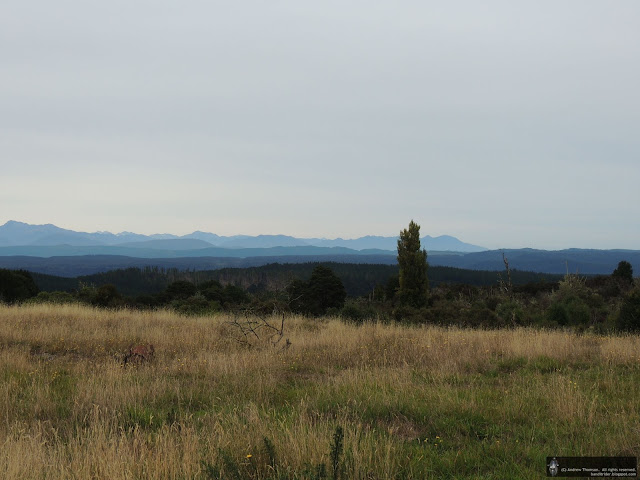 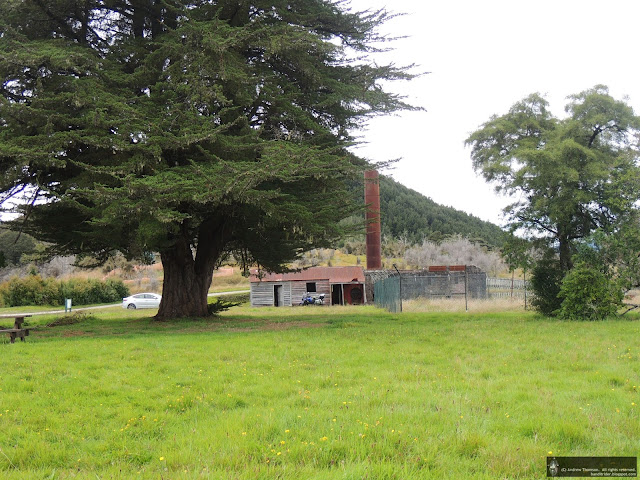 On the way back out to the main road I stopped again - on my way in I had noticed an old school on the side of the road so I thought I'd better have another poke around.  Good to see that the locals are trying to preserve the old school. 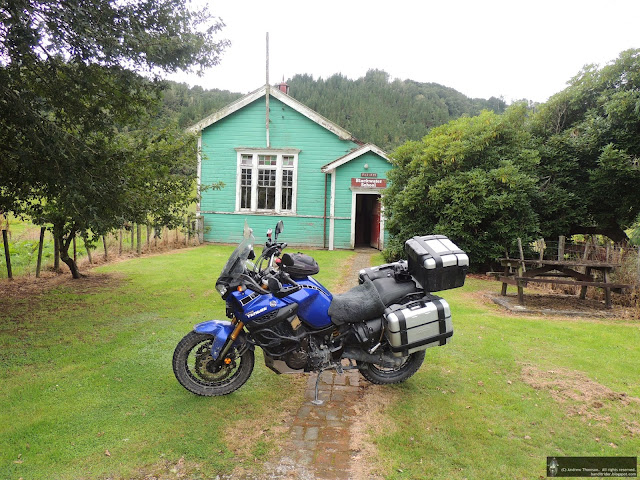 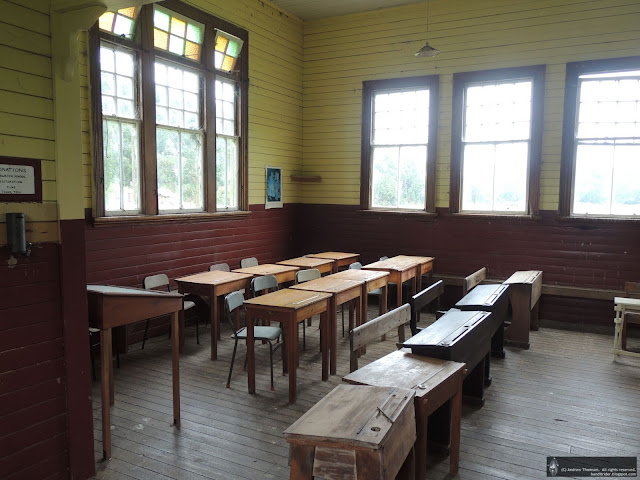 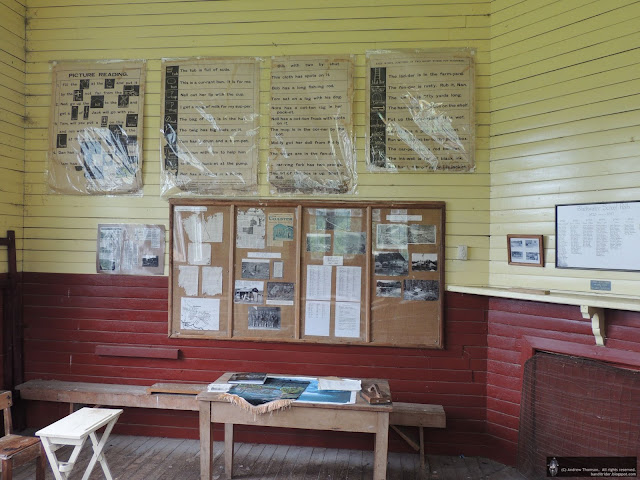 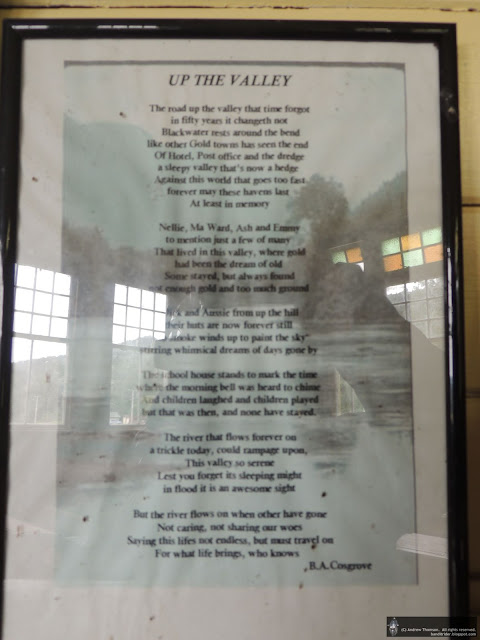 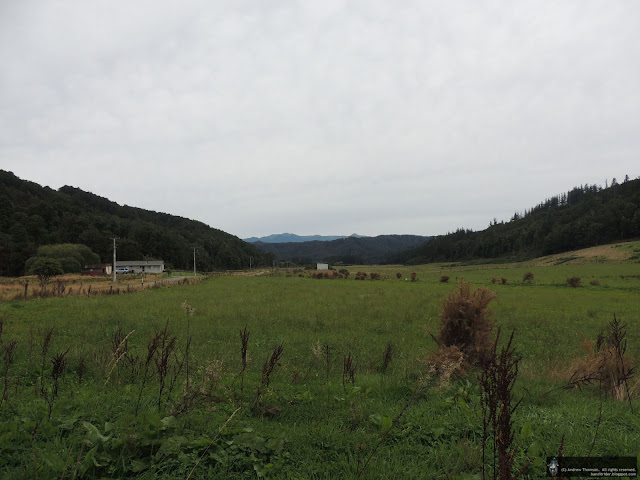 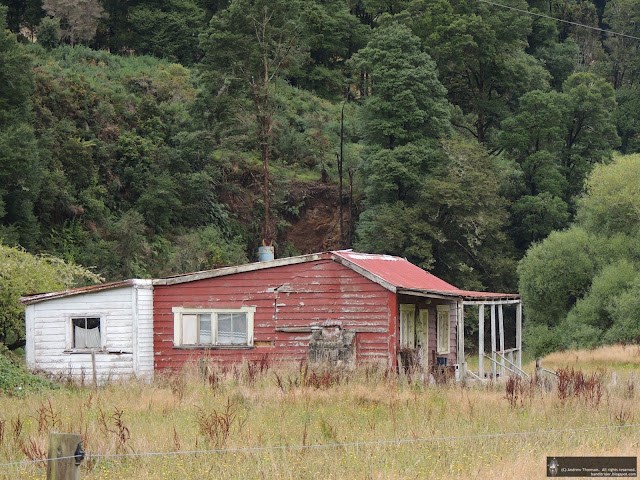 My next stop was in Reefton where, after fixing my tank-bags locking system, I was able to fuel up the bike and then grab a quick lunch for me.

Next was the magic bit of SH7 to Springs Junction and then the now quite busy SH65 to Murchison - SH1 was still closed by slips so all traffic South has to go the long way through Murchison and the Lewis Pass.  SH1 is now open once again - the roading guys are doing fantastic work there and making a killing...

Just out of Murchison I turned off for my last gravel excursion of the day.  This time it was to ride the Braeburn Track through to Lake Rotorua.  This was a lot of fun with 4 or 5 small fords and a really nice track.  There were also a few mountain bikers riding it in the other direction but plenty of room for all of us.


And the Lake is just a lovely spot. 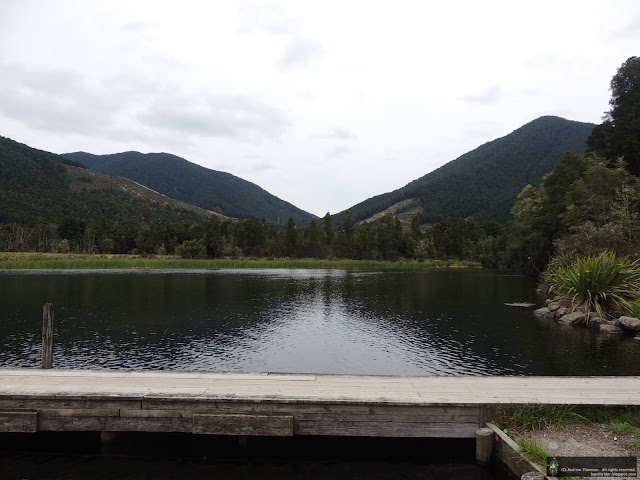 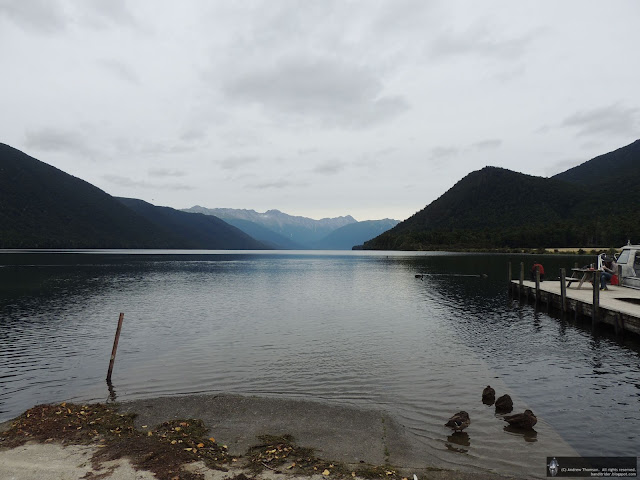 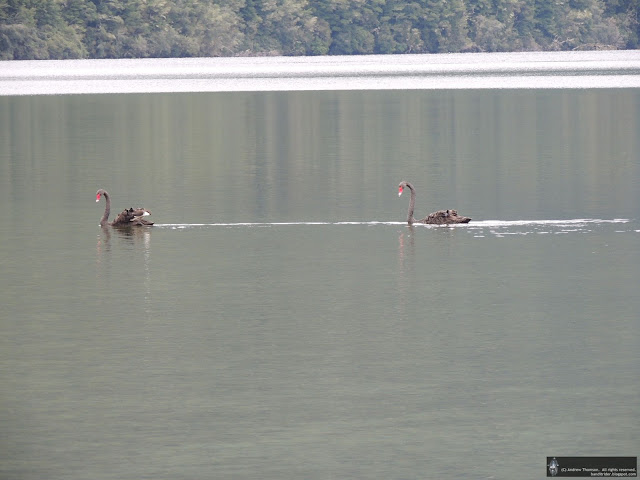 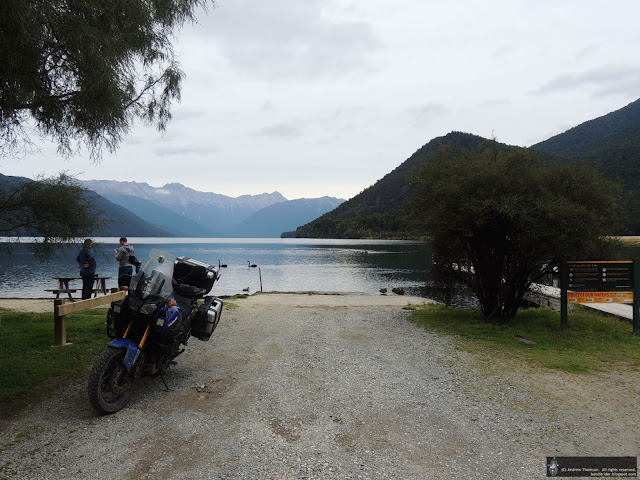 Gowan Valley Road got me back out onto the main road again and I settled in for a slow cruise into Richmond - once again timing my arrival nicely for afternoon tea with my nieces.

Posted by Andrew Thomson at 7:00 pm