While we were away down South, Colin and I had plenty of time to hatch plans for future rides.  I was dead keen to get my first WR adventure done before going back to work so by hook or by crook I was going to be going somewhere this weekend...

Colin hadn't managed to get in enough riding while we were away so he decided that he was a starter for some WR action too.  Unfortunately, his little WR fell victim to a stuffed battery so instead of trailering it up for the ride he had to bring his 800 instead.

We got away fairly late and I led us off (at a brisk WR pace - so no chance of a ticket then) to Ashhurst and then to Pohangina where we hit our first bit of gravel.  This stuff was reasonably thick and straight away I noted that the lightweight bike was definitely a bit more twitchy than the S10.  Still, she did everything I asked for and after we rejoined the seal we made for Takapari Road.

This is a really cool track up to the top of the Ruahine Ranges and offers up some truly fantastic views both sides of the ranges.  I'd been up a few times before on trail bikes and even once on the mighty Vee so was looking forward to taking a decent trailee up there...It was also a good chance to see what I'd forgotten about trail bike riding... 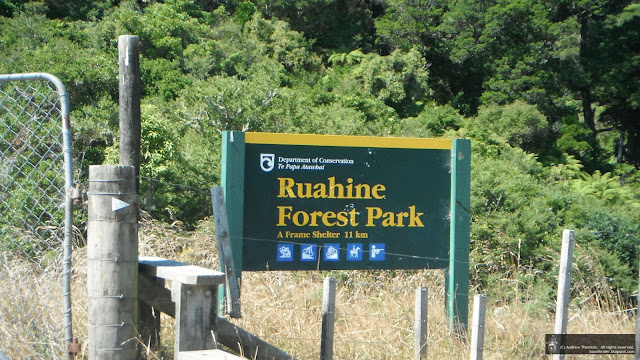 At the second gate I got away from Colin and pointed Mighty Mouse up the hill.  The track is fairly narrow and is used by the 4WD brigade as well so some care is required.  It is also quite rocky in places and there are a few places where you have to scramble up/down some steep, rocky bits.

The little bike loved it.  Except for some of the more open and fast bits I was mostly in 2nd and 3rd gear.  At those speeds it was pretty easy to change lines quickly and if you couldn't, well, the little beast just bounced over the stuff.  Soon I was starting to get used to things and working out when I should be standing or sitting etc.  Great fun!

A reasonable way up the hill is a slightly nasty ascent full of rocks and holes.  On my last ride up there a BMW holed it's cases (no engine protection) and cut short the ride.  The little bike dealt to the climb easily and I stopped to check out the view and make sure that Colin had no issues (of course, he didn't). 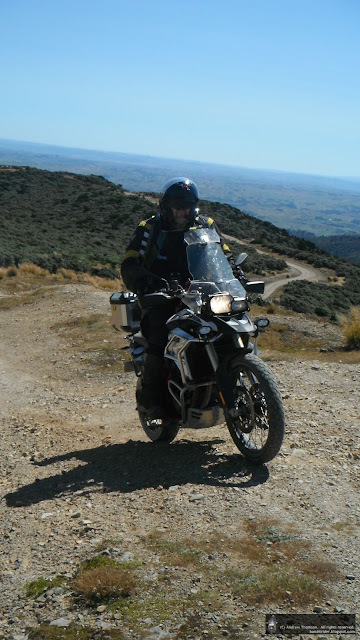 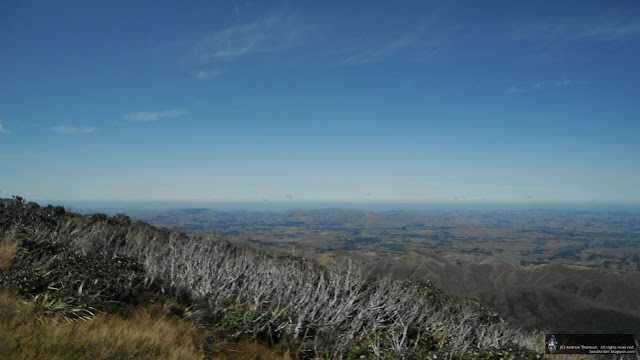 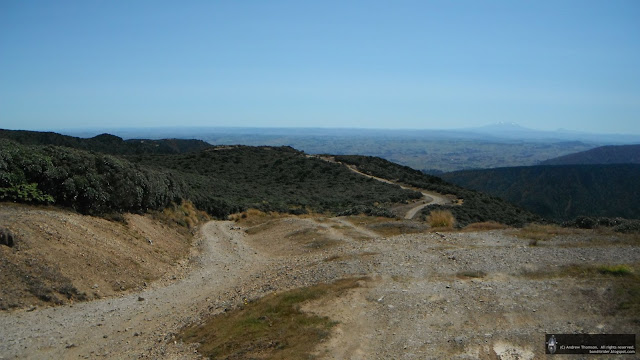 From this spot it's not far to the A-frame hut.  We stopped there and cooled off for a bit and decided not to go any further as I believe the going gets rougher (or it used to 20 years ago). 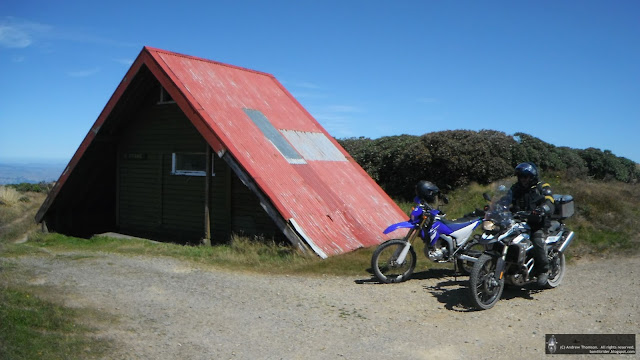 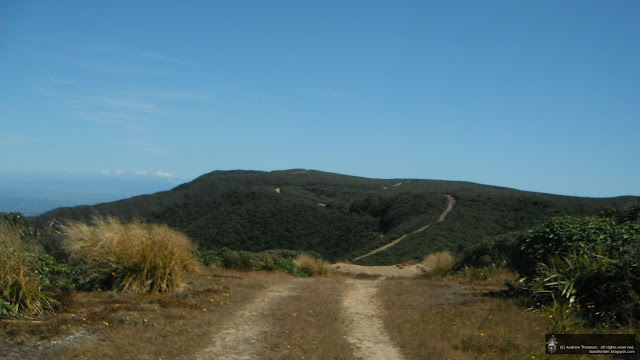 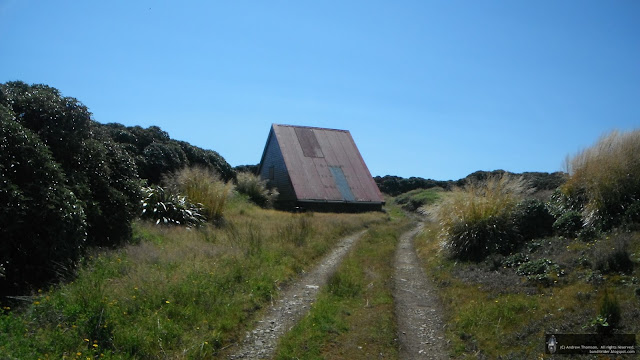 On the ride up I did have the GoPro running with it attached to my helmet.  I don't generally like helmet cams (I find them hard to watch sometimes) but I didn't have many other options - perhaps a chest harness might be the go?  Anyway, here's Mighty Mouse doing it's thing:


On the run down I was definitely feeling a bit more confident on the WR and did more standing, generally having a blast.  GoPro was switched to photo mode. 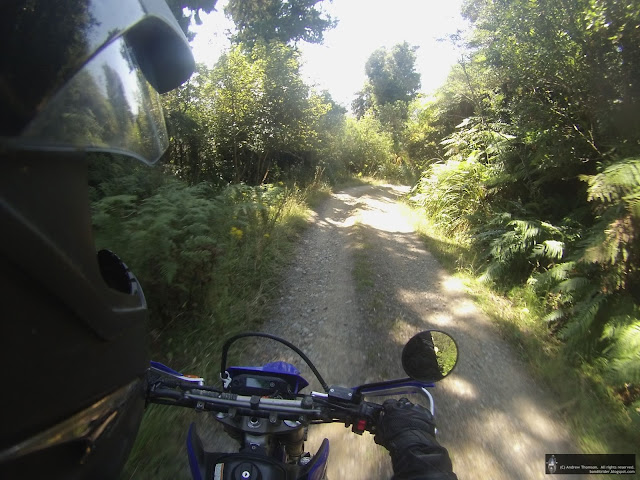 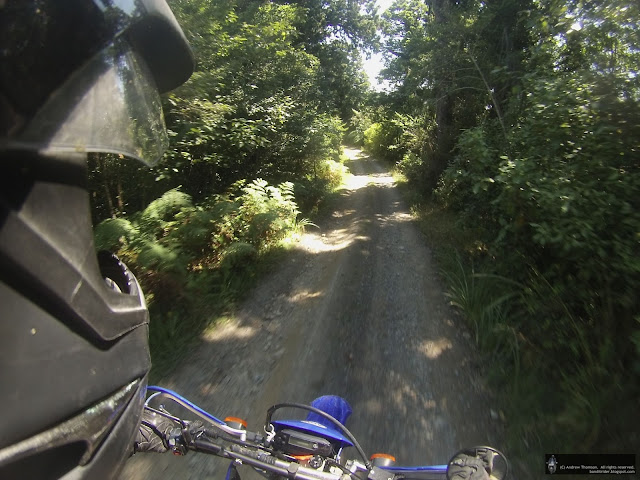 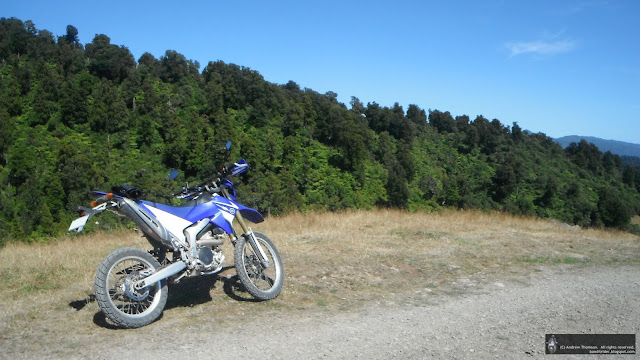 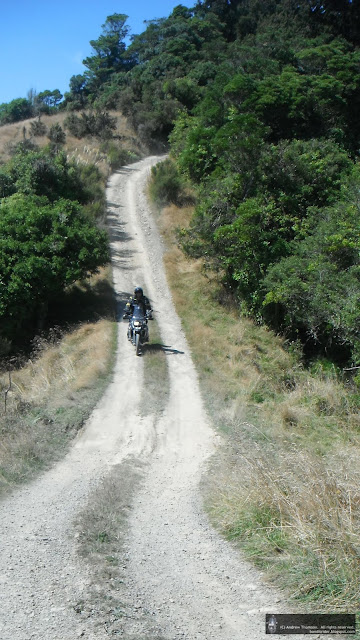 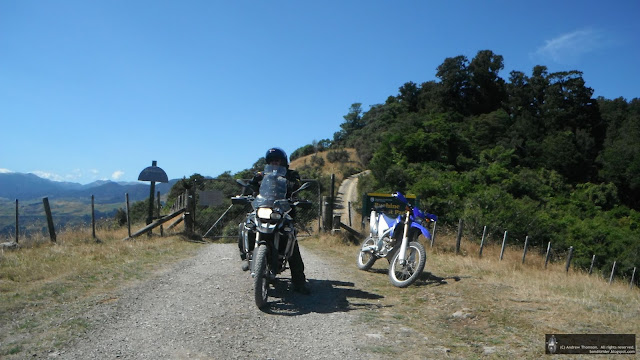 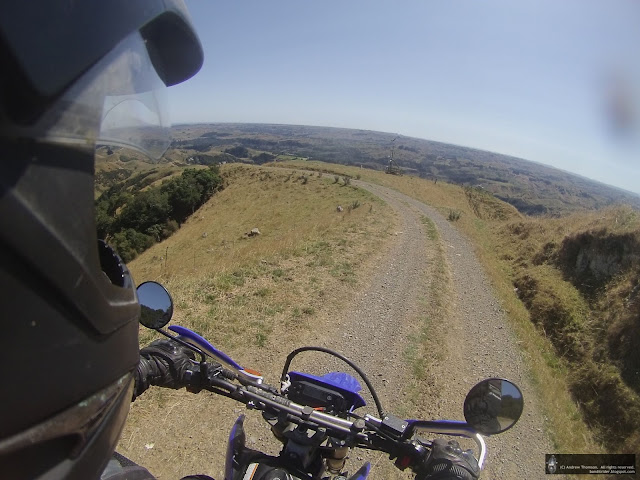 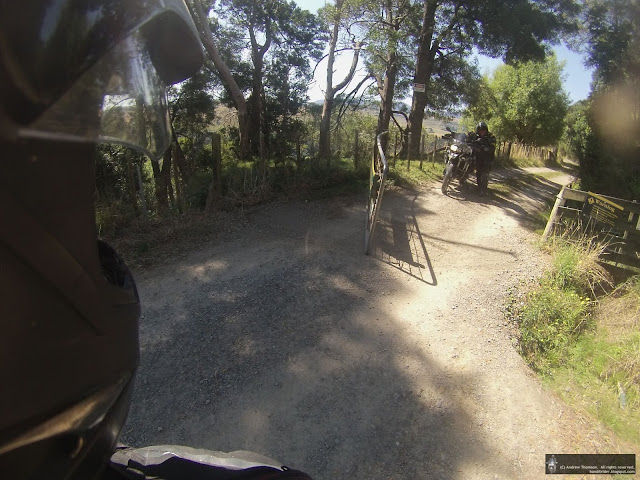 At the bottom we had a brief discussion on our next leg of the journey and also pondered on whether the little bike had enough fuel to carry out my devious plan.  In the end we went for it...

My devious plan was pretty simple: cross over to Apiti via a little bit of gravel before returning to Ashhurst via Ridge Road.  The gravel was a lot nicer on Makoura Road and had a big grin on when I coaxed the little blue bike up to the speed limit - on gravel.  What a demon... 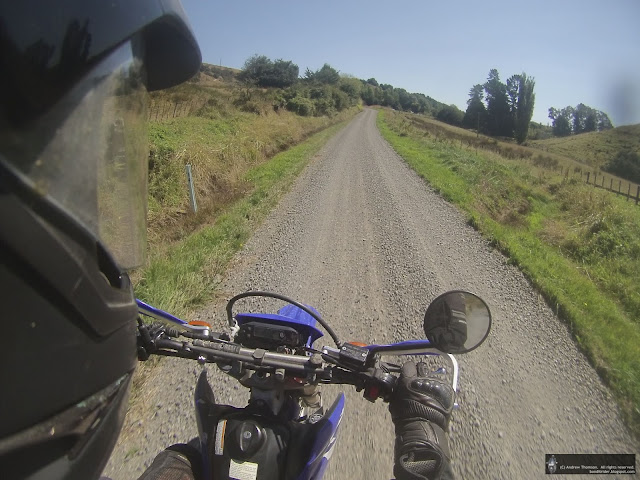 Ridge Road was awesome fun too.  The gravel was just right and the little bike ate it for brekkie.  I finally got the fuel warning come on at somewhere just over 140km but easily made the final 28km into Ashhurst where we had a late afternoon snack before I topped up the tank (6.6L!) for the short sprint home to Palmy.

Absolute blast of a day and the little WR and it's Shinko shoes did the job without any fuss.  Everyone needs a dirt bike in the shed! 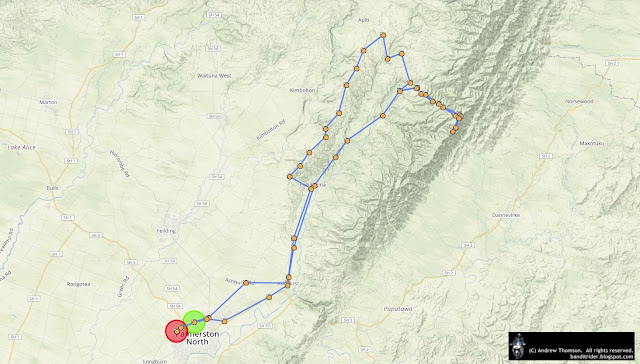 Posted by Andrew Thomson at 7:21 pm