Well, while it does get used in the car (primarily as a bluetooth speaker/mic for my phone), but I still have 3 motorcycle mounts.  And it just so happens that I have 3 bikes, one of which has no GPS - oh no!

After rummaging around in my boxes of bits and pieces I found a ram mount fitted with a u-bolt for attaching to round things.  I didn't want the GPS too in my face so rather than mount it quite close on the handlebars or cross-bar I'm trying it mounted to the bark busters.  This puts it just a little bit further forward - time will tell if it's a good spot or not. 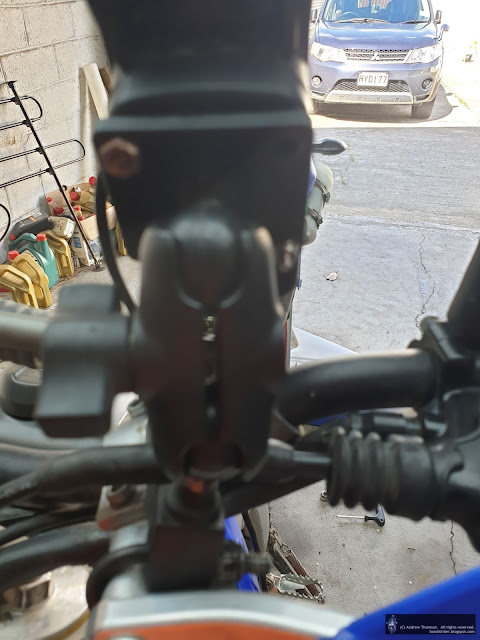 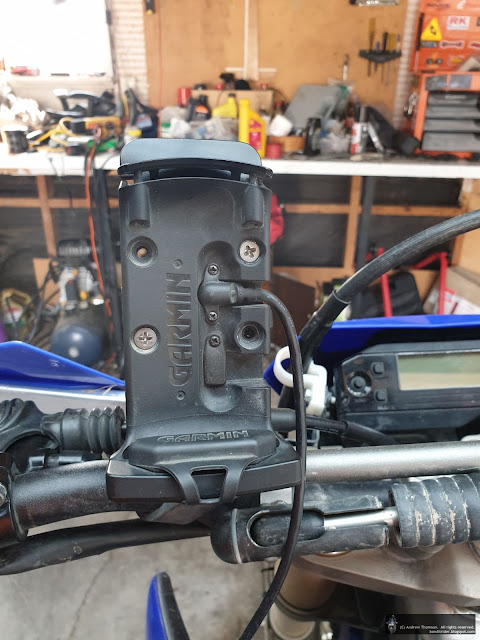 As you can imagine, it's not that hard to fit things to the WR.  To access everything it went something like this: 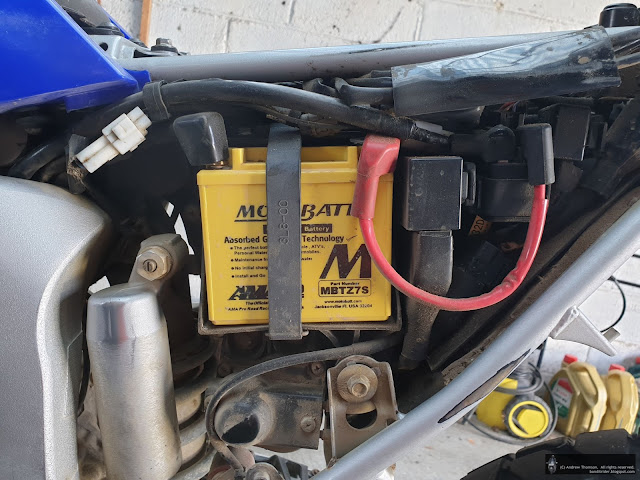 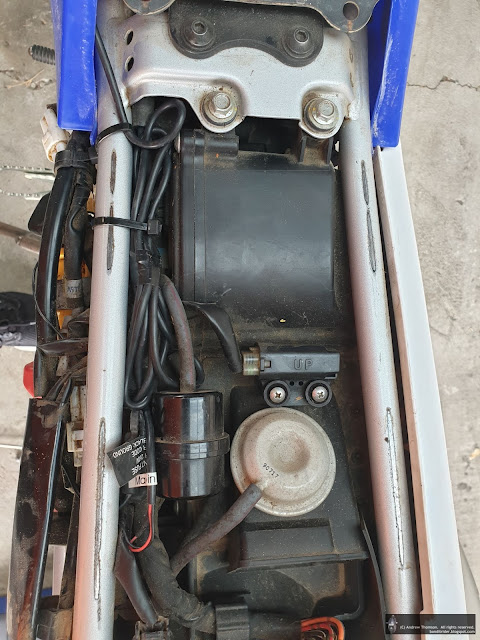 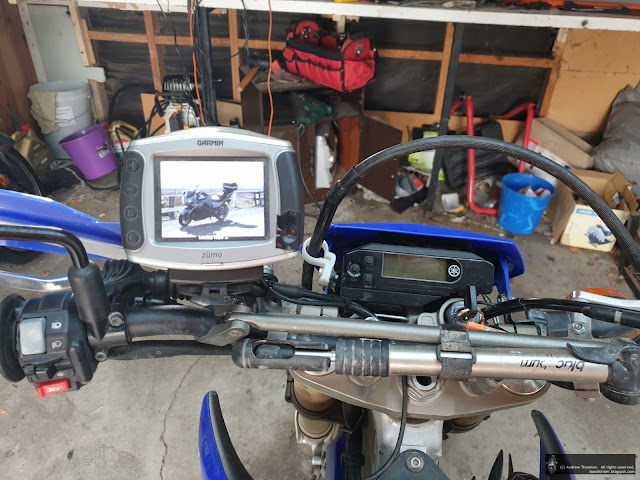 As its hot all the time, I'll need to remember to remove the GPS after every use - pretty sure my watch has a bigger battery than the WR... 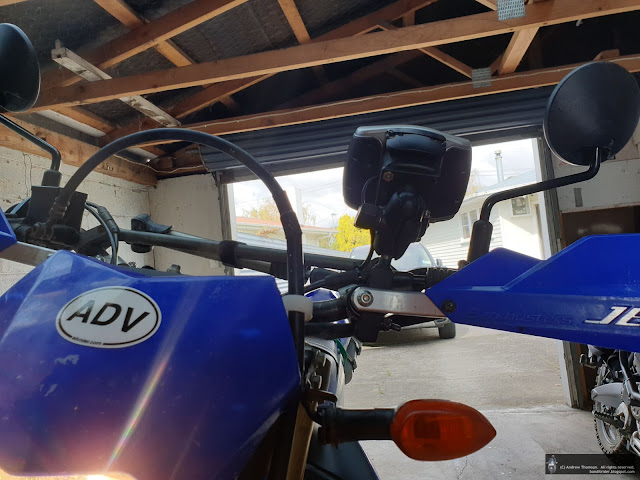