After the mammoth tyre wrangling of Saturday, Sunday was always going to be play day.  But, rather than scrub in those new tyres on the Ten, the neglected Connie needed a decent little run.

Colin and John rocked up to my place some time after 9am and after a bit of a natter we decided that we should go for a ride.

Our adventure started with the short squirt over to Pahiatua where the lads required some dino-juice for their horses and some pastry for their bellies - I may have had a sausage roll so that they didn't feel awkward...

Leaving our favourite BP in Pahiatua, we hit the road for Pongaroa.  While there was the odd stretch of damp road, it was pleasing to not be riding in a thunderstorm like the previous weekend.  But the ole 1400 Adv bike did have to negotiate quite a few sections of roadworks - some made up of nasty big, sharp looking gravel.

From Pongaroa we carried on along Route 52 to the Weber turn-off but turned right instead of left to ride the roughest sealed road in the country to Wimbledon and then North to Porangahau for a coffee stop and to open vents on our riding gear.

Next up was the quick squirt up to Waipuk and Waipawa before we got off SH2 and took in the delights of Middle Road and on into a sweltering Havelock North - luckily the pub was nicely air-conditioned and had the odd cold drink to pick from while we had a munch.

After lunch we carried on across to Hastings for fuel before tackling the Napier-Taihape.  Apart from the heat and the odd slide on hot tar, the ride across was pretty magic.  Across the tops there was actually a nice breeze that helped cool us off a bit and the view of Ruapehu was magnificent.

At one bridge crossing, the lads pulled over for a breather while I ignorantly carried on.  Well, not quite, I noticed them pull over and figured it was just for a drink so I carried on up the hill for some photos and to see if I could also get a picture of them going past. 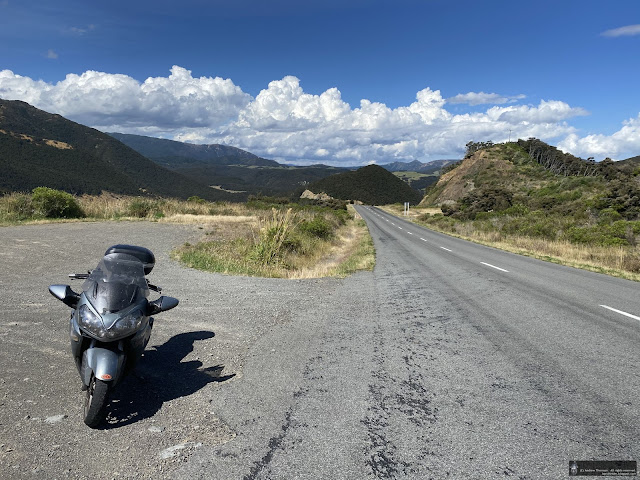 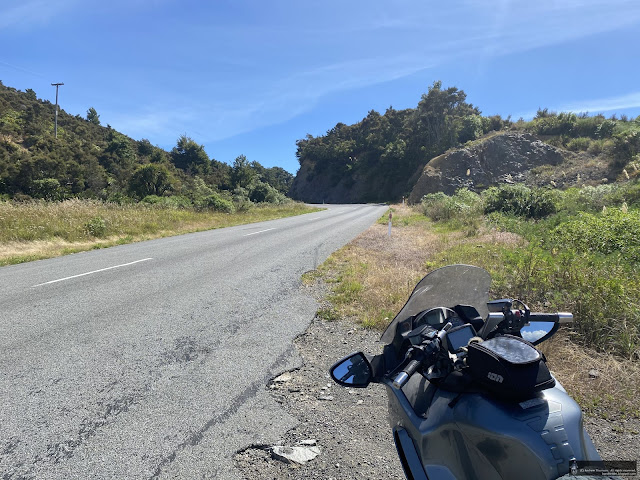 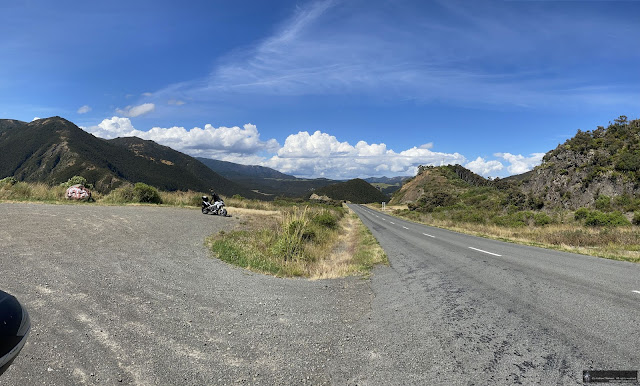 With the guys taking a bit longer than expected (our game plans perhaps not quite aligned) I started wondering about punctures or potential BMW warranty claims so I turned back and caught them just getting ready to roll again...

A wee while later we found ourselves in Taihape where it was definitely time for a cold drink again - yes, it was warm out.

From Taihape we tootled down SH1 before enjoying Vinegar Hill through to Cheltenham and Colyton where I turned off for home and the others carried on South.

For me it was a nice little 520 odd km ride while the other guys would have ended up with nearly 700 - nice.

Posted by Andrew Thomson at 8:09 pm