After two weeks of recovering from throwing my poor little Honda down the road it was time to get out and do another Friday night ride.

At the usual time I met up with probably 6 or seven others at Ashhurst and after the usual about of crap talk we had to settle down and decide where we were heading.  We finally settled on the Saddle, Topgrass Road, Oringi, Hopelands and then back to Ashhurst.

I led off over the Saddle with a snarling GSX-R600 (no muffler) behind me and had a great run although there were a few dampish corners and others with loose metal on them.  After a brief re-group Al led us off along the ranges.  Riding up one small hill we came upon a lot of unmarked and nearly invisible new seal.  It was difficult to see as the road was also slightly damp and after having a wee moment Al actually pulled over to see if he had a puncture.  After a bit of cursing at the idiots who had done the resealing but not left signs out or swept the road we carried on.

I led again and missed one crucial turn but we still ended up at Oringi and onto the very nice ride through Jacksons Road.  After another quick regroup we followed Al again as he took as through Hopelands.  Riding through here we had to put up with a couple of showers but the ride was still enjoyable.

A short ride through to Woodville and then through the gorge to Ashhurst and the ride was done.  At the pub I caught up with a few more of the others before calling it a night and heading home. 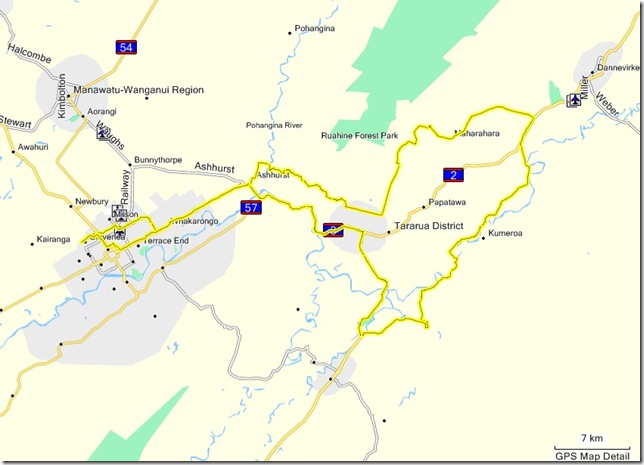 Posted by Andrew Thomson at 5:13 pm