From the wet North...


Today is our second day on the road as we take on the Manawatu Ulysses Four Points again.  Yesterday we picked up our first card in Rahoutu after being blown around on our way up the Naki.  From there we made our slow (traffic) up to Te Kuiti and weather stayed pretty good apart from a few little spits here and there. 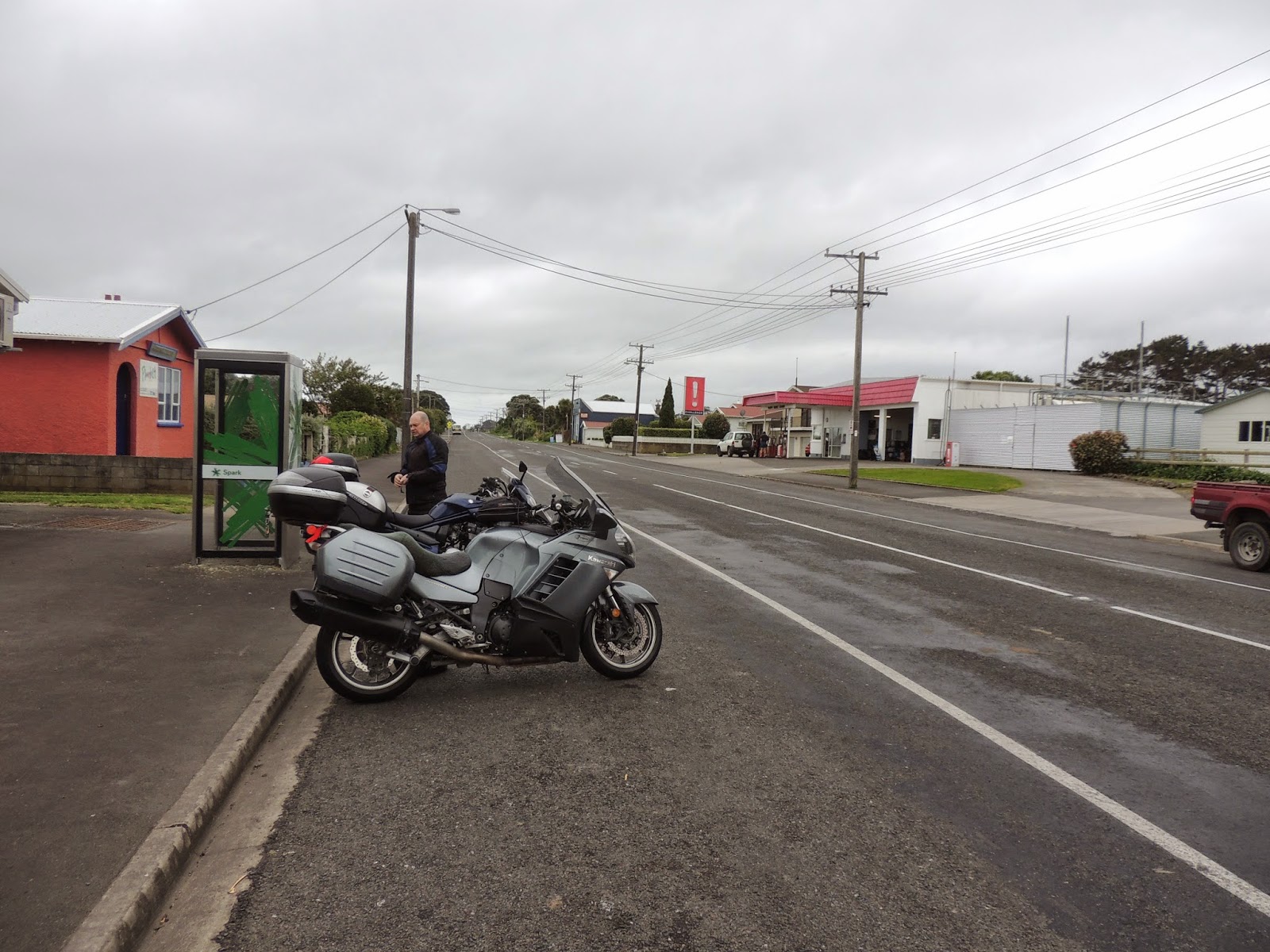 North of Pirongia we had some excitement when the same map in 2 different GPS units sent me one way and Mark another.  We eventually hooked up again before heading through to Glen Murray and it was through here that we started getting the odd shower and stopped to change our visors.
The worst bit of the ride was when we hit Auckland during rush hour.  The GPS units again split us up and we both spent a lot of time getting lost, hot and angry.  We did eventually reach our final destination of Helensville around 6:30 and went in search of a motel and food.
This morning we had a great ride on mostly dry roads to Wellsford where we stopped for a nice cooked breakfast.  While we were inhaling bacon the rain caught up with us and as I write this in Pahia it is parked up with us at our motel. 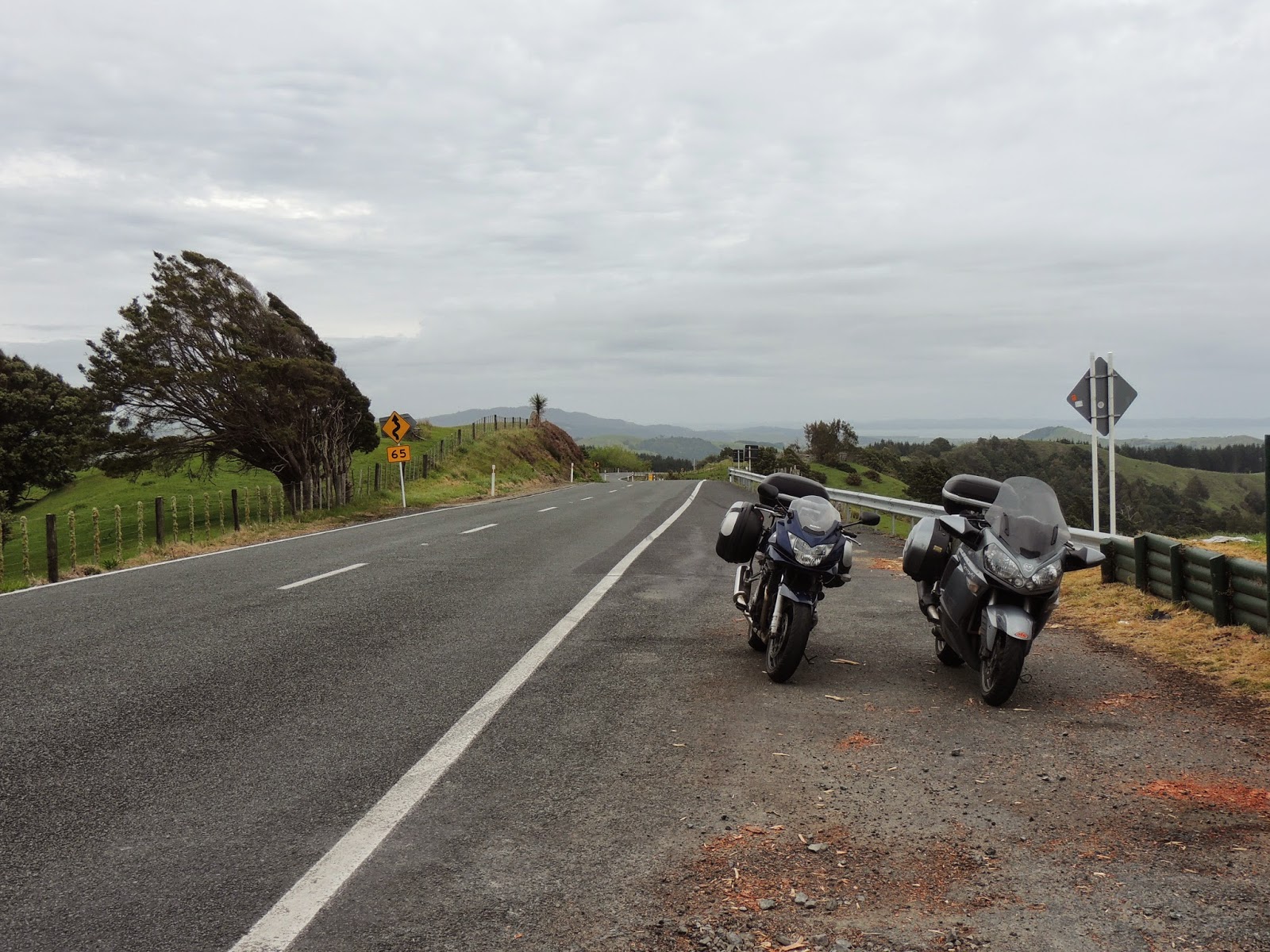 Regardless of the weather we still had a good ride through to Dargaville and up through the Waipoua Forest to Rawene where we road straight onto the ferry for the short crossing.  Then it was more wet twisties through to Ahipara and Kaitaia where we got fuel and decided to skip going right out to the Cape.  Instead we just rode to Houhora and picked up our second card, turned around and made a dash for the Bay of Islands.


Checking the weather forecast for tomorrow and hoping for better in the morning...
Posted by Andrew Thomson at 5:00 pm