Today was our monthly BRRBT ride and after a bit of overnight rain the day started off a little bit grey and there was the odd spit occasionally as I got the Connie out of the shed and my gear on.  When I got to the gas station where we were meeting there was already a few keen ones already there taking on fuel, coffee and the odd pie... 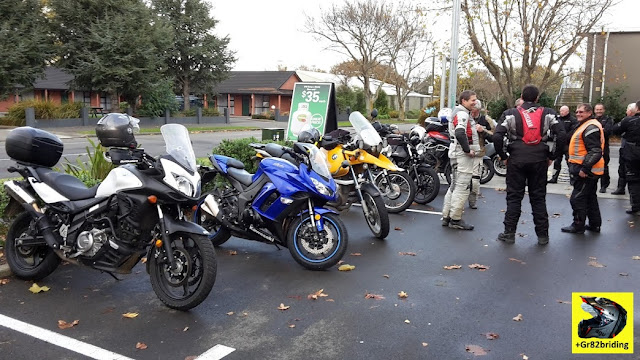 We hit the road at just after half 9 with a couple of stragglers just catching us as we left.  The ride up over the track was a bit of fun even though the road was a little damp in places.

I stopped at the turn-off to Mangamire as I had mentioned we'd be going that way but lied...I put the maps onto my GPS a month ago and when I explained the route to the troops in the morning I simply screwed up...

Never mind, we were soon on our way again as I led us into Pahiatua and then out and over to Route 52 and our next wee stop in Alfredton.  By now the day was getting better and better with blue skies replacing the grey. 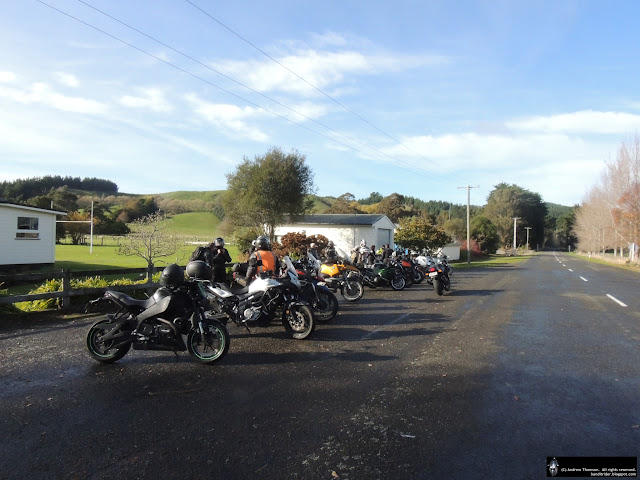 Next up was the short squirt down 52 and then into Masterton.  Heading South we settled into a SH2 licence preserving cruise that eventually took us to Featherston where some got fuel and we picked up with Neville who had been out playing on some gravel and generally in enjoying the heck out of his 1190R.

Now it was time to lap the Lake - the lake being Lake Wairarapa.  This is a neat ride as the rode gets pretty narrow in places and there is some nice stuff to look at along the way.  No pictures of the lake though as we didn't stop because someone was hungry.

Arriving at Lake Ferry we parked up (not the only bikes there today either) and got stuck into some tucker.  The weather out on the coast here can get pretty wild but you probably couldn't say that today... 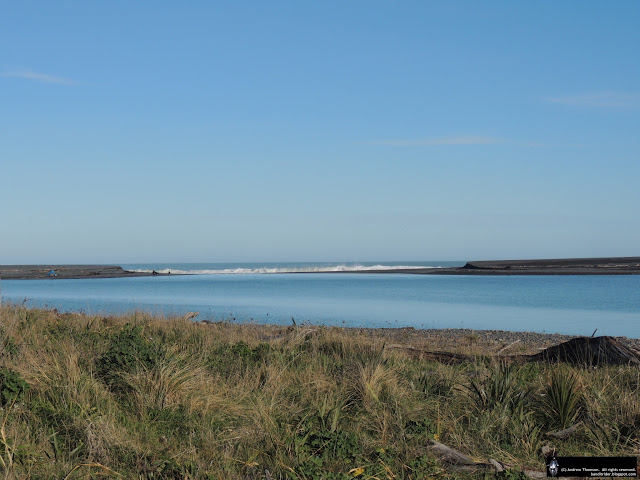 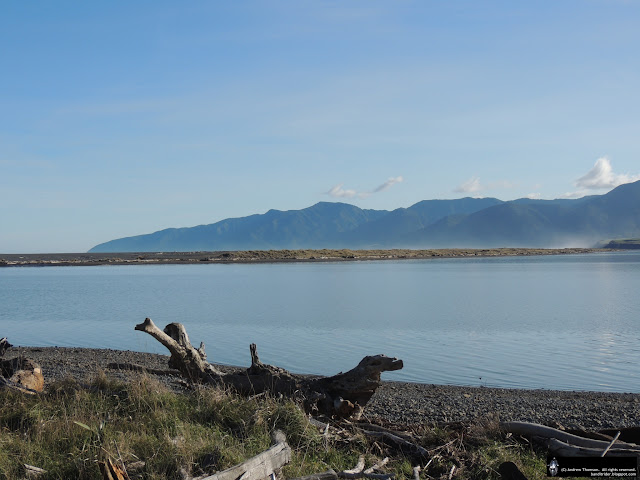 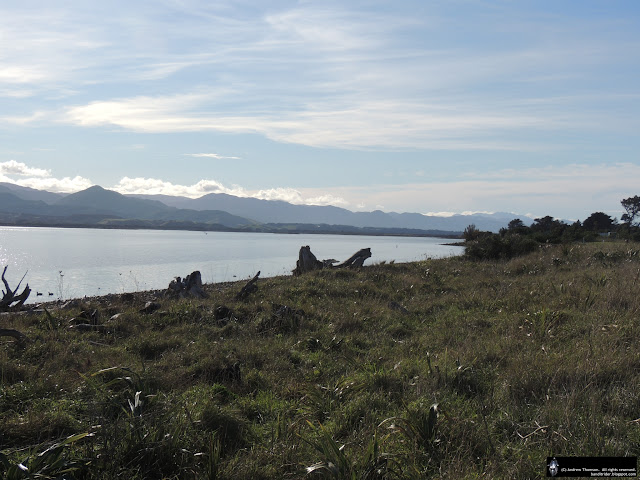 Lunches inhaled, we geared up again and made our way back to Martinborough and then headed out to take more back roads to Masterton.  We lost a few guys at Martinborough (they had places to be) and also a Triumph rider who was low on fuel - although we found him again when we stopped in Masterton for fuel.

After looking after the thirsty horses we said goodbye to a few more of the crew as they took a more direct route home while the keen ones explored Mauriceville before enjoying a squirt through Mangamire and then up over the track.  A bit of fun to finish off another great "winter" ride.