Staying up and seeing the New Year in is not a priority of mine but starting off the New Year with a pootle is always the best way to start the new year!

I'd had a call from Neil mentioning a ride down to Wellington to visit a mending Nev (damn Triumphs!) and that was enough to get me out in the shed checking to see if the Connie was all set for some action.  Naturally she was - after all she's only got 132,000km on her and no, she is still not for sale...

So, in the morning I got away a bit too early, filled up the tank and headed on up the track towards our agreed rendezvous in Pahiatua.  I knew I was early as the phone hadn't gone off to tell me Neil and the others were on the way, so I stopped at the top of the track for a few pics.  As you can see the weather was shocking again. 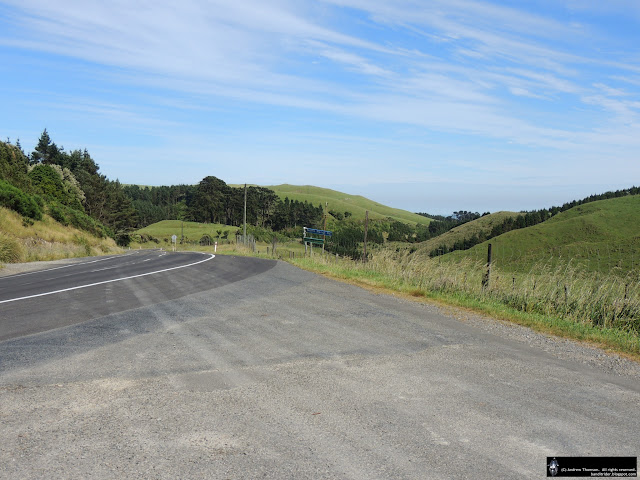 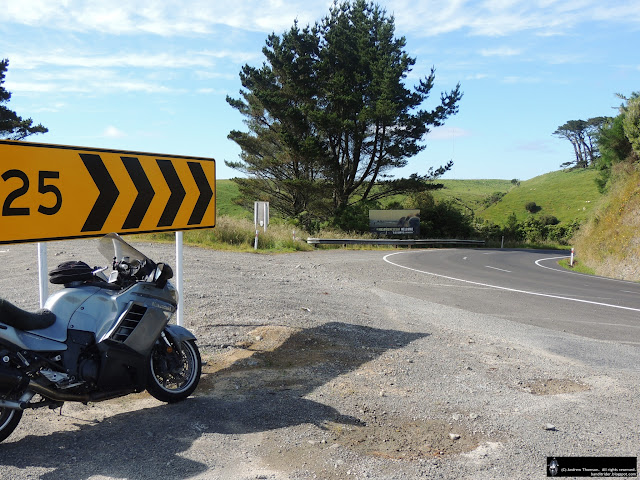 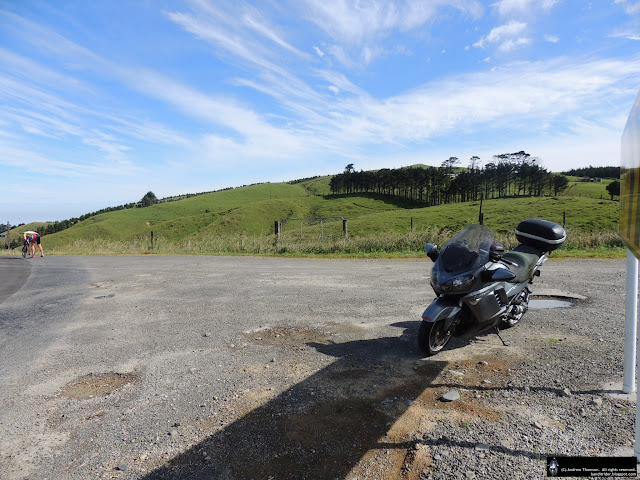 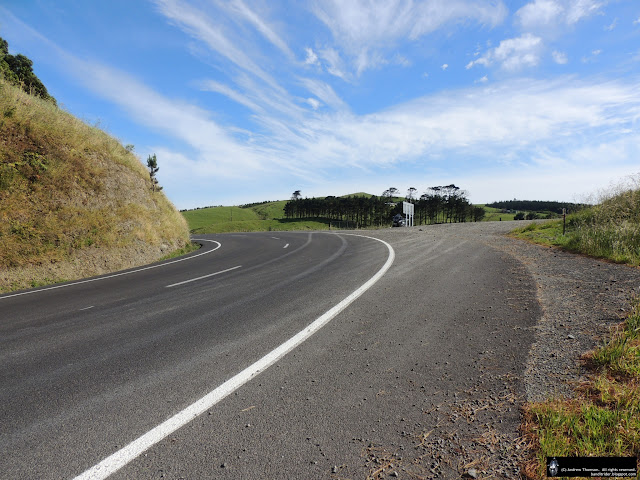 After a really nice squirt over the track I arrived in Pahiatua and parked in the shade while waiting for the rest of the gang. 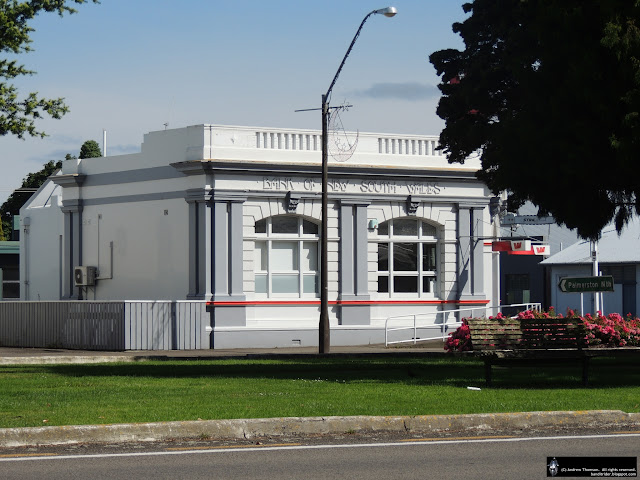 Eventually Neil rolled up followed by Ted, Colin and George and after the obligatory Merry New Year handshakes we were on our way again.  Neil led us out the back of Pahiatua on Mangoane Valley Road and then onto Route 52 for the trip down towards Masterton.

We avoided Masterton by riding East and taking the usual magic roads out through Wainuioru, Gladstone and Longbush.  By now things were hotting up and it was getting pretty close to lunchtimeo'clock so we joined the throngs in Martinborough for a cold drink and a fantastic feed.

After lunch I removed a liner and opened up a few of the vents in my gear before we carried on out towards Lake Ferry.  Rather than go out to the coast we turned again and rode around Lake Wairarapa to Featherston to top up the tanks.  Cruising around here was very hot work with Colin later saying he saw 32 degrees on his dash.

Bikes fueled it was time to tackle the 'takas and we actually had a pretty good run up and over the hill.  The surface was fantastic and chicken strips were removed.  We eventually got stuck in traffic towards the bottom of the hill and it was very hot work puttering down the hill and onto Nev's digs.

Luckily Nev had a nice cold drink for us (and some scones!) and it was good to see that he was starting to mend up following his accident.  He was very jealous of us and already planning his next ride once he's back in business.

Our trip home took us up the main drag for a wee bit before a nice diversion over Paekok hill (the tyres getting another work out) and also a couple of small loops off to the East of SH1 finishing up with the ride through Shannon and then (for me anyway) across through Opiki and home.


So yep, the year was started off appropriately with a nice (if hot) ride and I'm looking forward to more of the same in the coming year.

Happy New Year everyone!
Posted by Andrew Thomson at 7:41 pm