Last week most of the country got a pretty good hammering with cold temps, high winds, rain, snow, closed roads and all the drama - nice.  Yesterday things started changing for the better and today ended up being a right cracker!  No excuses for not getting out for a pootle then?

Absofreekinlutely!  With the more old Connie still awaiting the fitting of it's new shoes the Tenere was the one to get all the excitement.

I left home fairly late with not much of an idea on where I was going but heading out towards Ashhurst, all I could see was brilliant blue skies and this ginormous, big aerial thingee sitting up on top of the ranges.  Off to Whariti it was then. 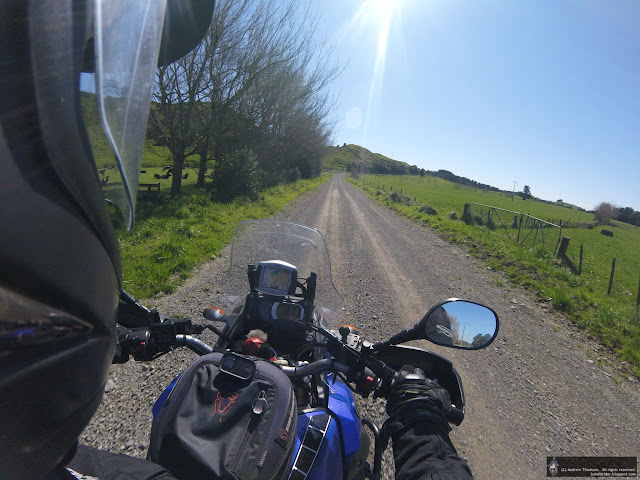 The road up the hill starts off as nice gravel but as you climb higher there are some rougher bits and it gets steep and windy in places.  Its also a good idea to keep an eye out for cars as its a nice place to go on a good day to take in some spectacular views. 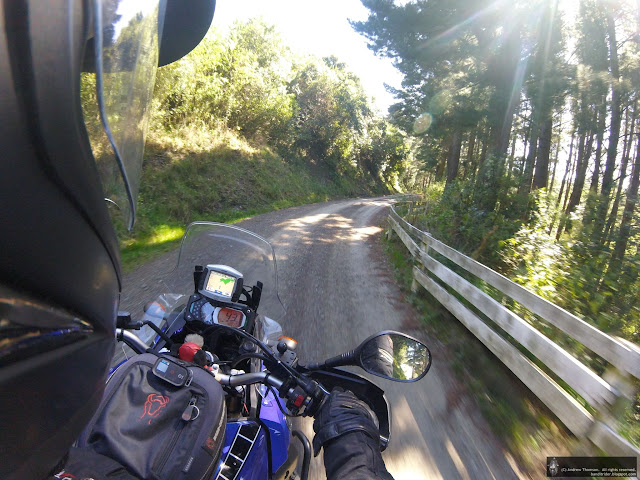 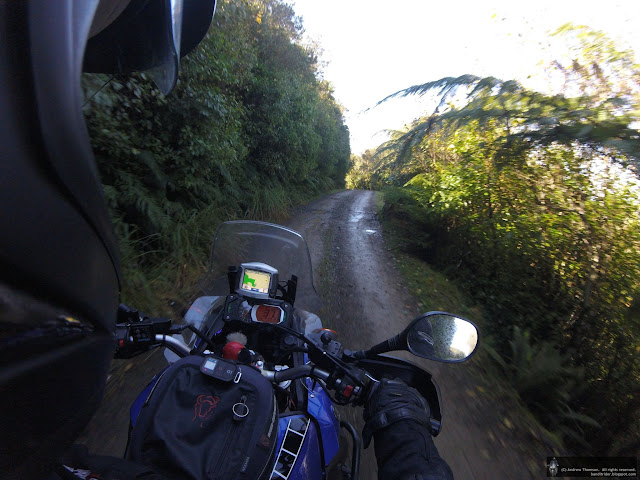 As you can see, the little GoPro takes reasonable photos.  What a shame that I only took my little point and shoot for the pics at the top.  Dumb move! 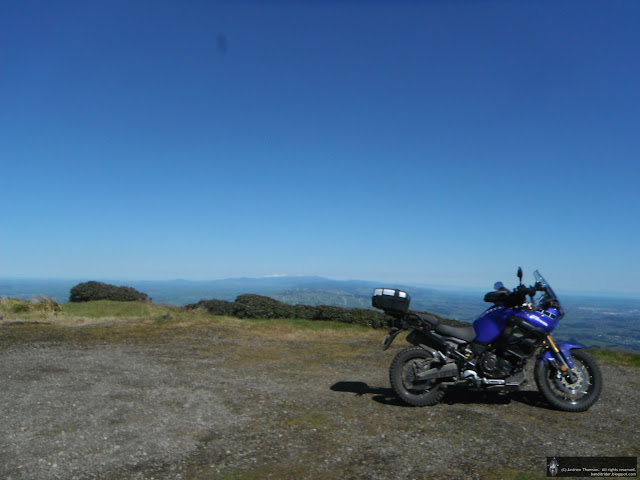 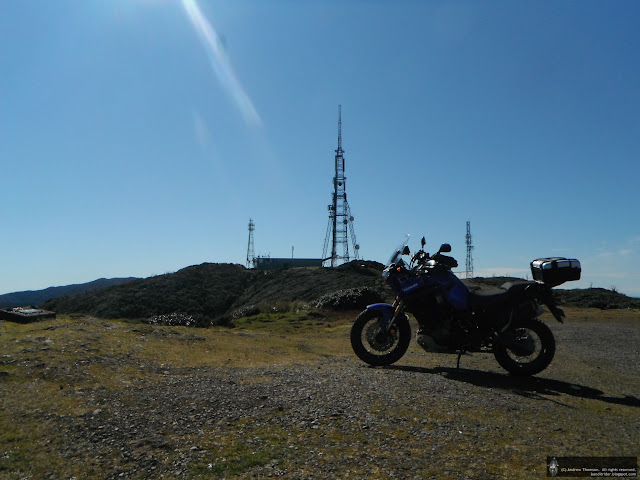 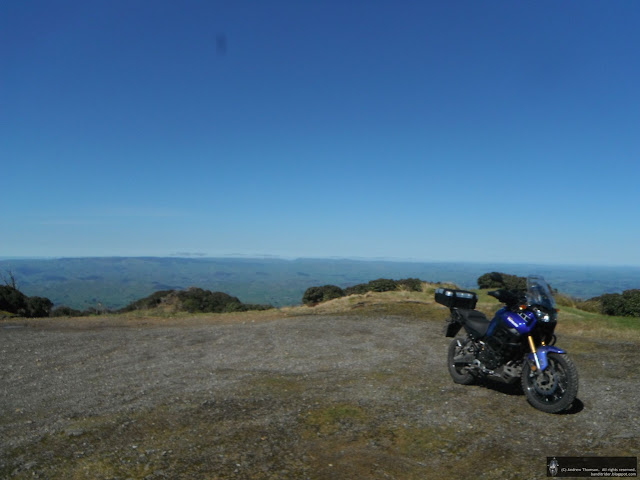 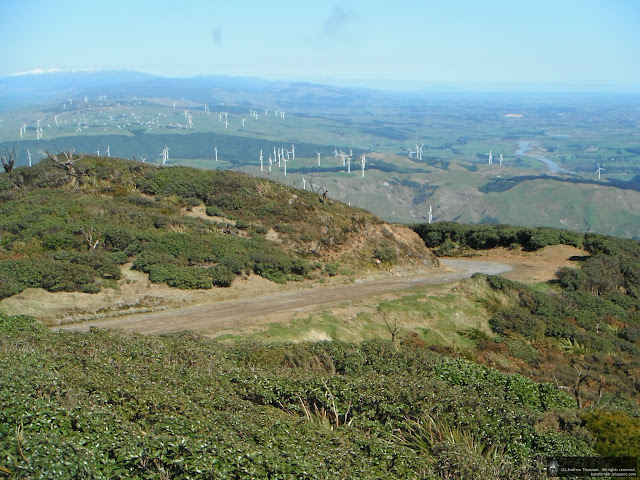 The trip down probably took me a little longer than the trip up.  I took things quietly over the rougher stuff as I wanted to have brakes when I needed them.  I actually had only one ABS moment when I braked a little harder and ended up with no brakes for half a second. 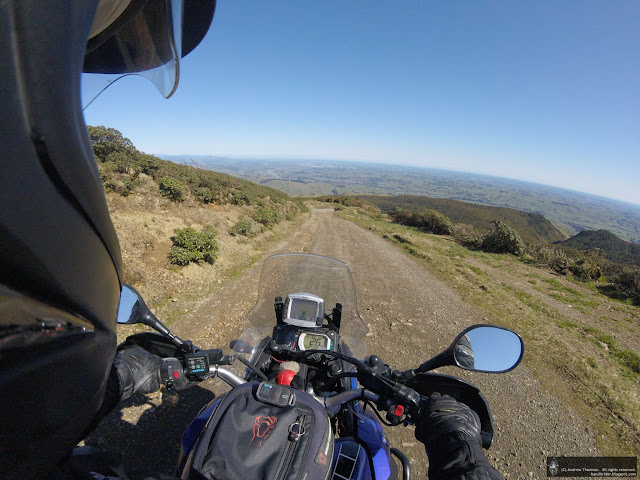 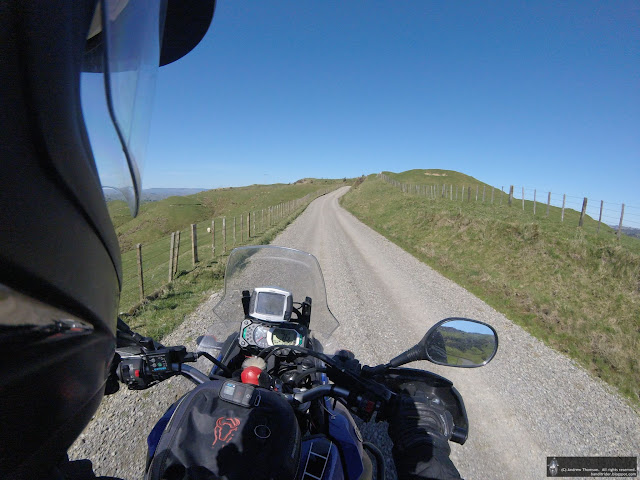 Hitting the bottom of the hill I carried on into Woodville where I parked up next to a 1600 Bemwa and grabbed some pastry wrapped roadkill for a quick lunch.

Seeing as I'd only done around 70km and it had only just gone half-past lunchtime, I reckoned that I should to try and find some more gravel.  I decided to ride through to Hopelands and then try out a few roads I'd ridden past before and ignored.

My GPS track tells me where I went but darned if I can really remember (well the road names anyway).  I took a lot of turns and only stopped to make sure that each road I took didn't have "No Exit" written under it's name on the road signs.  I ended up finding some great gravel that eventually spat me out on the Pahiatua-Pongaroa Road. 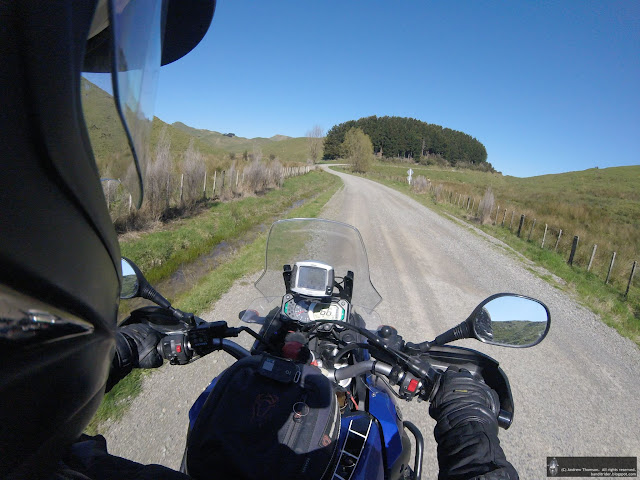 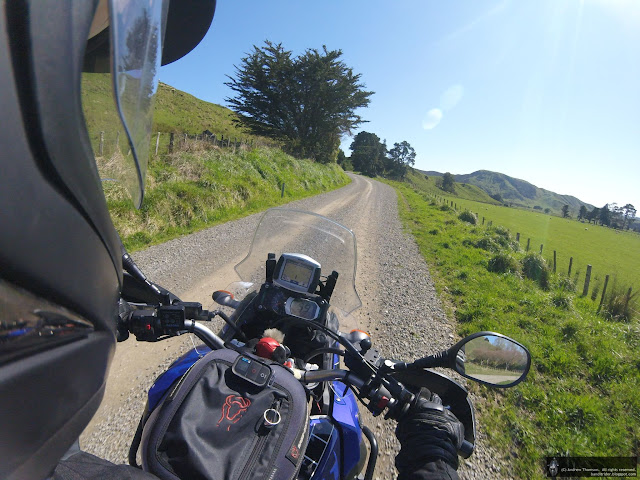 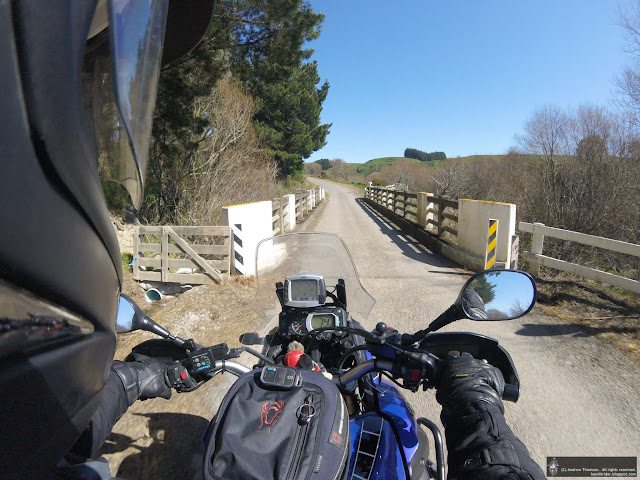 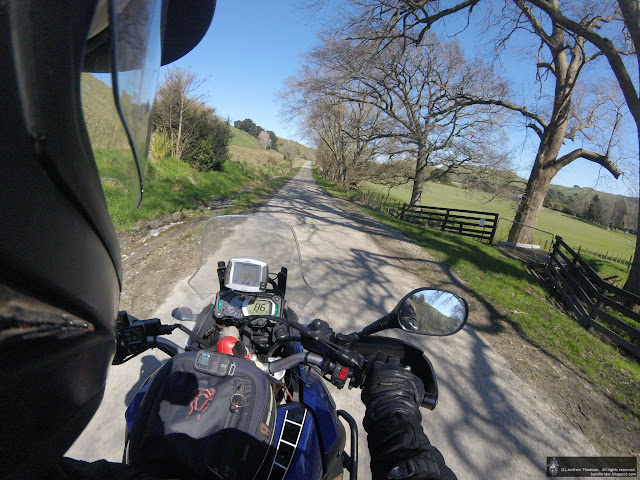 Back on SH2 I started making my way towards home.  But in Mangatainoka I spotted a turn-off to the left and decided to explore it - hey, the sign didn't have "No Exit" on it...

Well, as it turned out, someone needs to fix that sign...Yep, I got to ride this short bit of tar in both directions...

Back on SH2 yet again, I decided that I'd had enough and pedalled my way back home via Meanie & Monies (important motorcycle related chit chat) for a date with the lawn mower.

Brilliant little ride on a brilliant Spring day - so has spring finally sprung?