Popping out for some greasies

On Saturday morning I got a phone call from Colin F who asked me if I was keen for a little ride over in Hawkes Bay on Sunday.  I'm not good at coming up with excuses on the spot so ended up saying the first thing that came to mind...yes...

Come Sunday, me, the Tenere and her bald rear tyre fuelled up in town and rode around to meet Colin where he was busy adjusting his chain (what's that?) on his shiny new Africa Twin.  After a bit of ogling at bikes we got organised and Colin led the way out of town and up over the track.

We made our way over to Pahiatua and then turned towards Mangatainoka but rather than terrorise the good people of Mangatainoka, we turned off to take a series of skinny (all sealed) back roads through to Oringi where we hooked a right on SH2 and followed this to Dannevirke.

In Dannevirke, we turned onto the Weber road and took this as far as Mangahei Road.  This led us on a great little cruise through some familiar countryside.  Meanie, Monie, Rodney and I rode this in November as part of the C1K.  The difference this time was dry roads so we could enjoy the scenery more without having to worry too much about the slippery road surface.


A little further up the road we got off the C1K route and hit our first bit of gravel.  Colin got away on me a little here as there was a bit of gravel on the road and my rear was giving me a little bit of trouble in the slower stuff - locking up a little easily and generally slithering around a bit.  Coming off the gravel I had a close encounter of the avian type.


Not sure what he was up to - he should have been 100m further up the road where three rabbits ran across the road in front of us.  Perhaps he had already had his elevenses?

More sealed roads kept us heading generally Eastwards to our lunch stop in Porangahau but before we got there we got to take in Old Hill Road.  This is gravel most of the way and is really worth the ride.  You get taken up reasonably high and get spectacular views of the countryside and out towards the Coast.  Unfortunately the GoPro cannot swivel on it's mount to snap these views but here are some of the best bits.


And here's a few pics from another day when the Connie clambered up the sealed section of the road just above Porangahau. 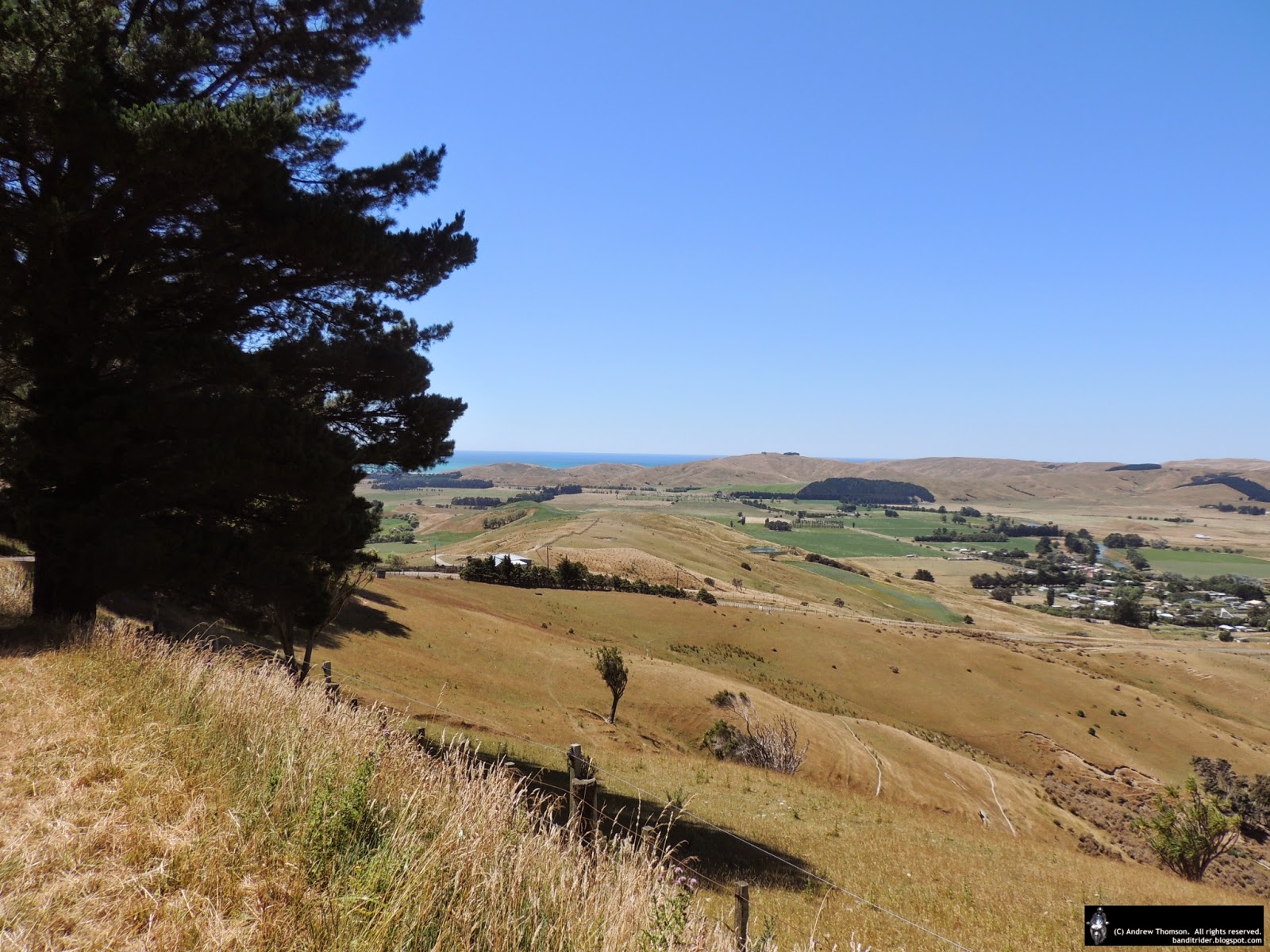 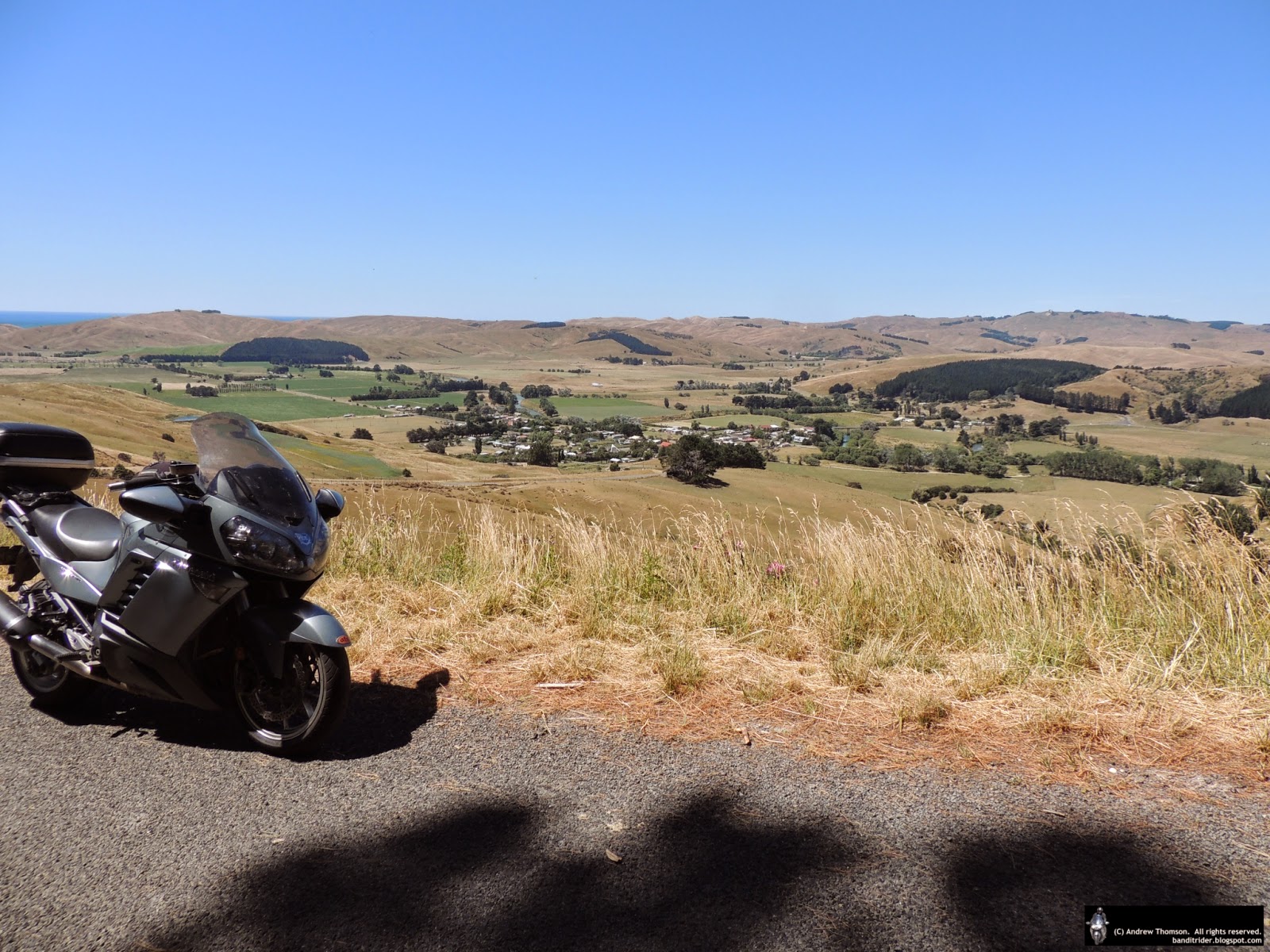 Dropping down the hill we hit Porangahau and pulled into the pub for a really nice fish and chip meal. 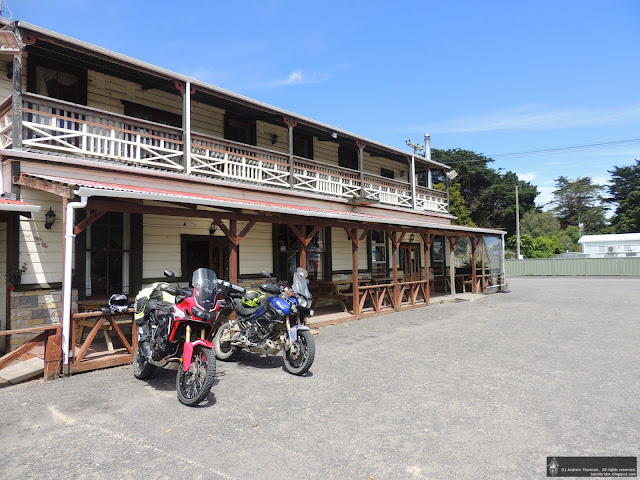 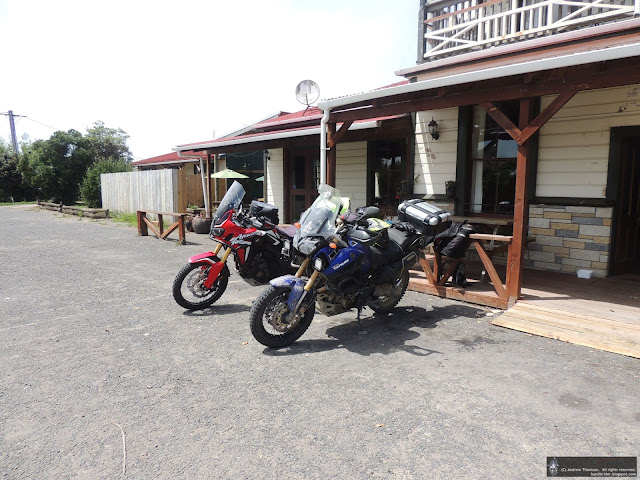 We couldn't sit around forever so after packing away our greasies we remounted and headed South on Route 52.  We rocked and rolled our way back through Wimbledon until we hit the Akitio turn-off.


Rather than make for Akitio we turned up Waione-Horoeka Road which heads towards the Wahi Falls.  But instead of going to the falls we turned off on Towai Road which climbs up on top of the ranges for a another great view in all directions.


It can get pretty windy up there (the GPS said 600m where we stopped just below the summit) but not on this day. 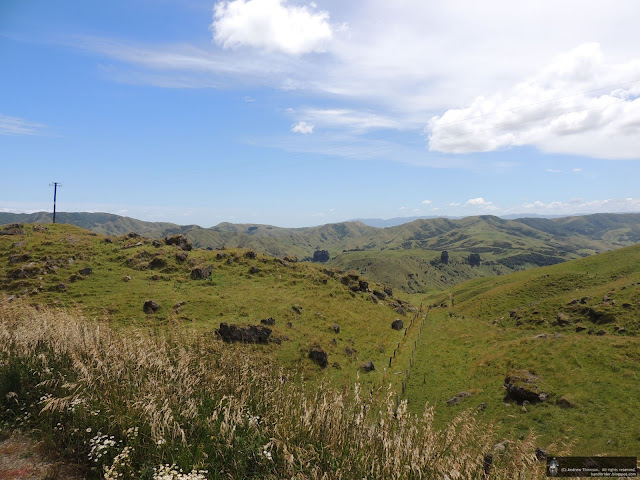 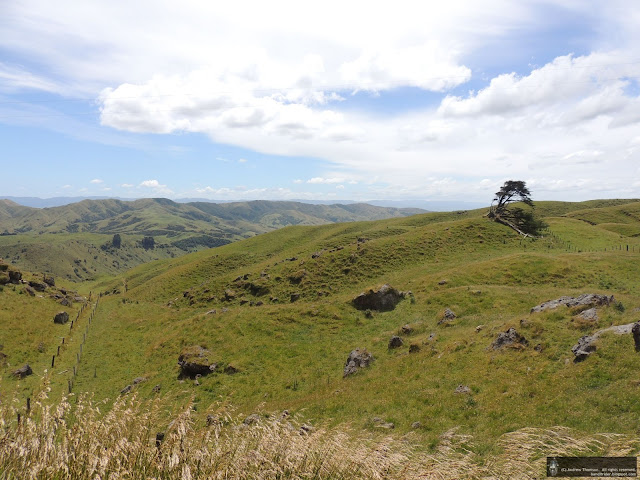 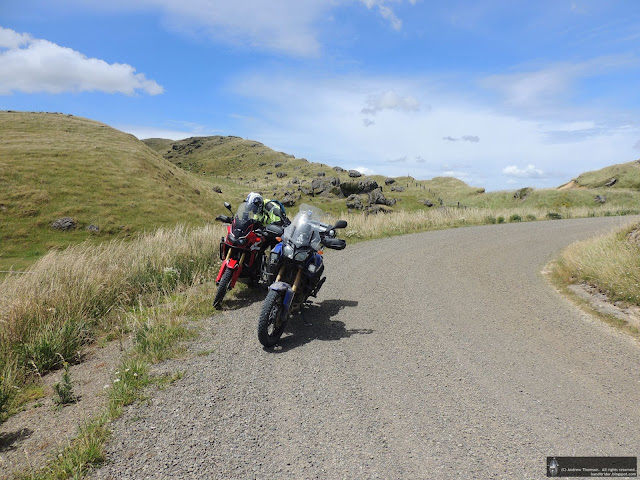 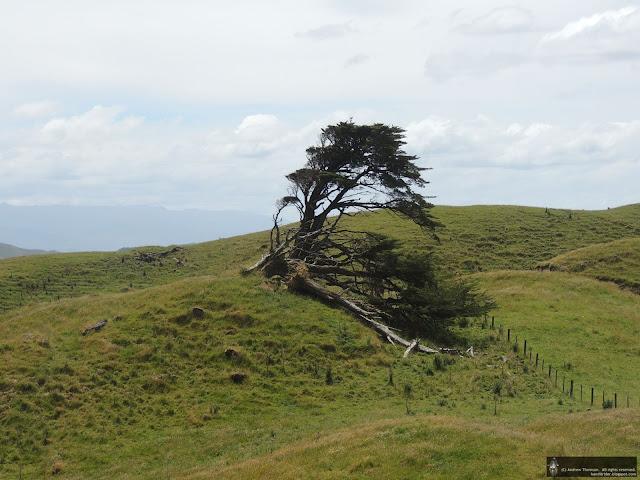 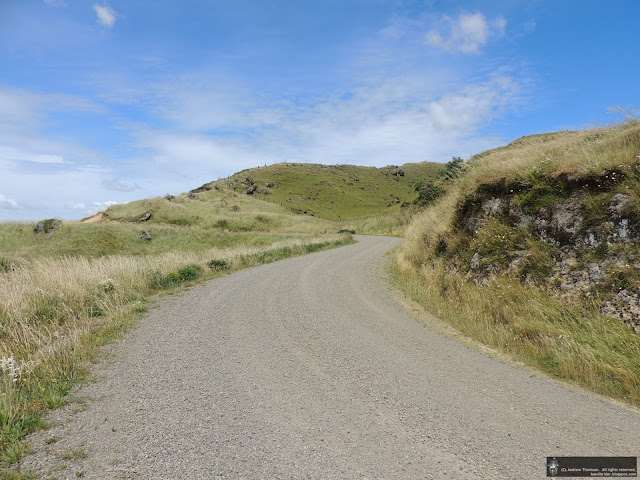 After dropping down the hill we ended up at Makuri and took sealed roads all the way back to Pahiatua.  in Pahiatua we attempted to find some coffee but although we found 4 cafes, none of them were open at afternoon smoko time on a Sunday...

We ended up cruising back over the track to Palmy where we found a coffee at a local BP which was doing a roaring trade in icecreams - hot day again in Palmy...

Anyway, it was another great day out - good to catch up with Colin and make some more devious plans...

Posted by Andrew Thomson at 7:55 pm