I was up early on Anzac day so I could attend the Dawn Parade.  This meant that by about 9am brekkie was a memory, the dog had been walked and I still had plenty of daylight left to get the lawns mowed and...well, why not go for a little pootle?

Ever since acquiring the littlest Yammy I'd been keen to hit North Range Road on it.  This "road" is punctuated by numerous bog holes, puddles that you can swim in and all sorts of slippery obstacles to drop into and then have to climb out.

I first started riding it around 20 years ago on a variety of machinery: DR400, XR250 and even a mountain bike.

Since then some of the road has been upgraded as part of the installation of the wind farm but there is still a decent section of bogs etc.  The mighty DL went through twice and it was a mission on the big bike, I even had a wee whoopsie...


The only reason I hadn't taken the WR up sooner was the current tyres - they're pretty tame (but so far have handled gravel no worries).  I have a set of knobblies in the shed to go on but I in the end I was more interested in riding than spooning on tyres.

After filling up the bike (it took as much as the lawnmower tin had, leaving me to conclude the WR is far more economical - I get far more kms out of the WR) I headed for the track.

It's about here I should mention the weather.  It was fairly grey looking but I decided that I wasn't going to let a bit of rain hold me back either...man, I am hard core...

After an interesting squirt up the track (I even passed a car!), I stopped at the top of the hill to turn on the camera and start flipping some stones.  There was light rain but the fog and drizzle made it hard to see so I soon had to lift the visor and suck it up.

The gravel was nice and easy with just a few greasier looking corners that the WR laughed at.  And then I hit the start of the "interesting" section.  There will be video later although unfortunately not a lot of this section as the camera was soon obscured by rain and crap.

In pretty short order I was testing the WR's wading abilities (very good) and my faith in those Shinkos.  20 years off a small trail bike meant that I'd forgotten just how good they are at going anywhere.  On some of the gnarlier bits I often stopped and hummed and harred before picking my route through.  Oh, and those shinkos were great - I was surprised at how well they gripped climbing up out of hollows on greasy looking clay.  They only really gave me any concern on really muddy or grassy bits.  Man it was fun! 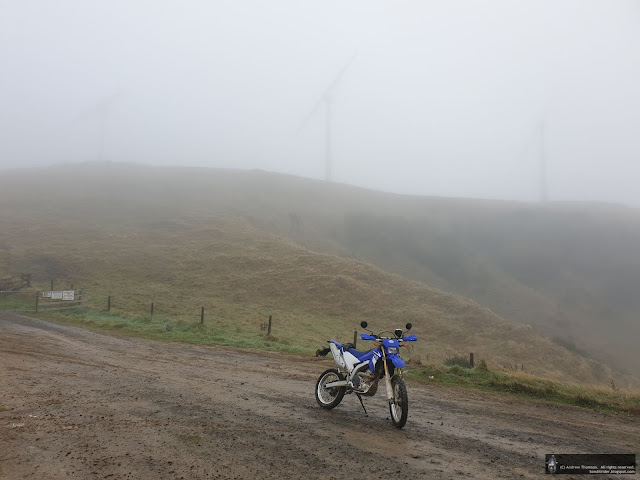 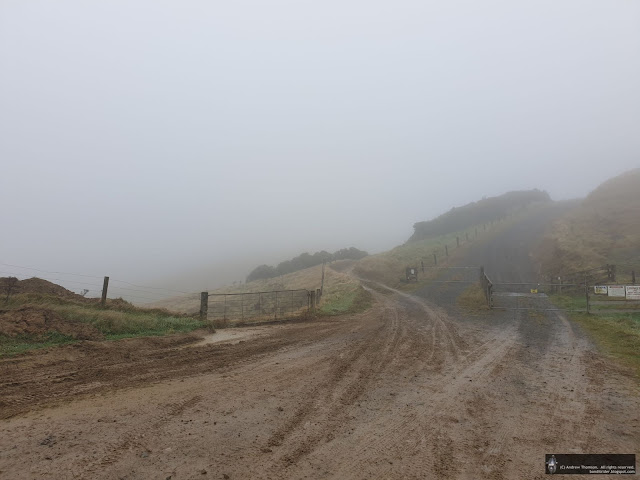 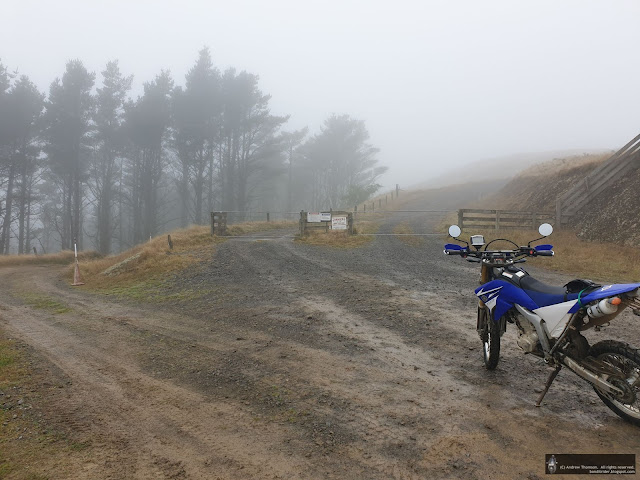 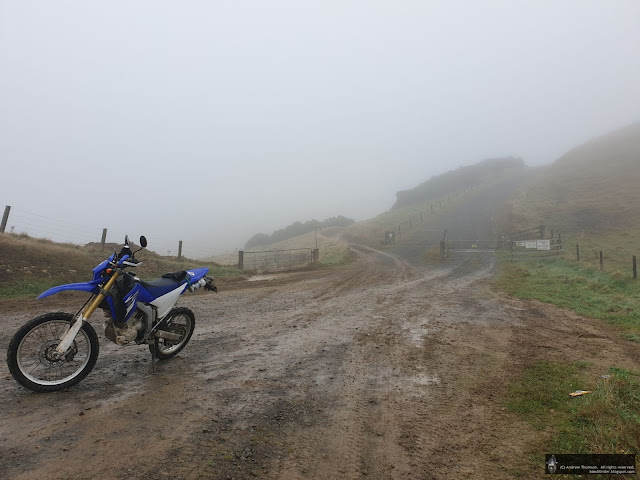 The pics above were taken just after what is probably the roughest bit and the next section was fairly flat but still had a million and one "lakes" to either avoid somehow or wade on through.  About halfway through the sky cleared a bit and I stopped again for a peak at the view. 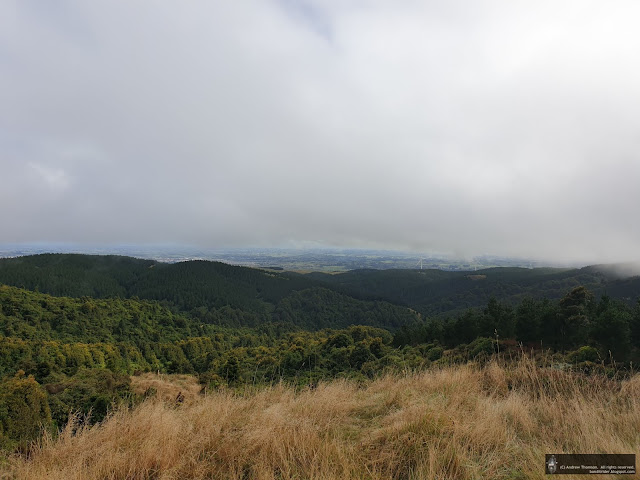 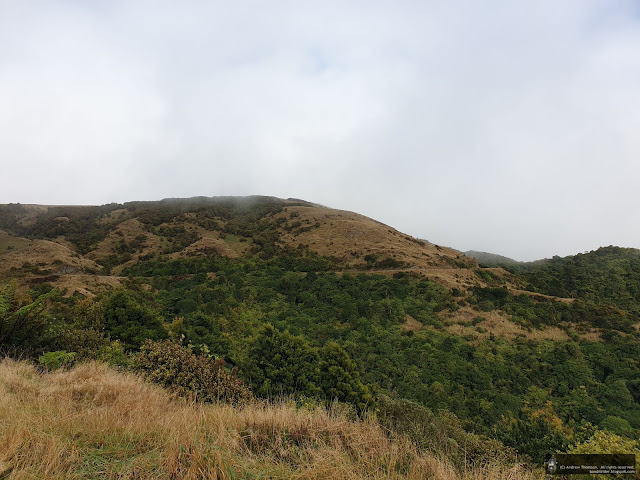 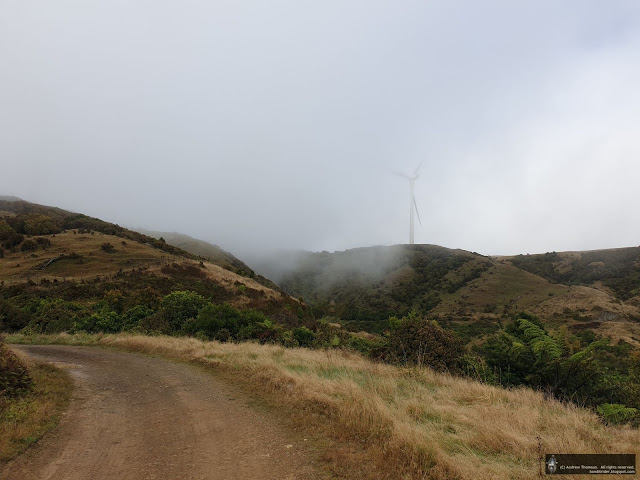 Eventually I got out of the "mud" section and onto decent gravel.  It was great to be able to ride a bit quicker - I'd got reasonably warm working my way through slow stuff.

One gate later (and now on Hall Block Road - the road changes it's name halfway through) the mist cleared briefly so that I could see sunshine out towards Woodville/Pahiatua.  By the time I stopped to take photos it clagged in again... 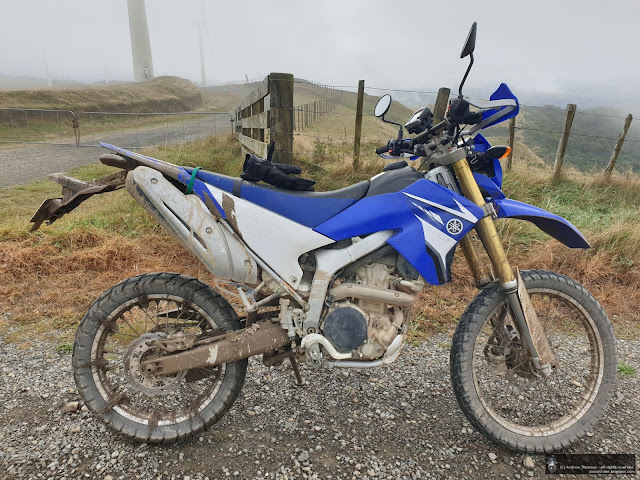 The last bit of Hall Block is a 5km descent (great on a mountain bike) down into Ballance and then I was back onto seal again.  Here's some video (I still hate helmet cams - must sort that out) of the trip across the ranges...


Before heading home I decided to pop down to the river for a few more pics. 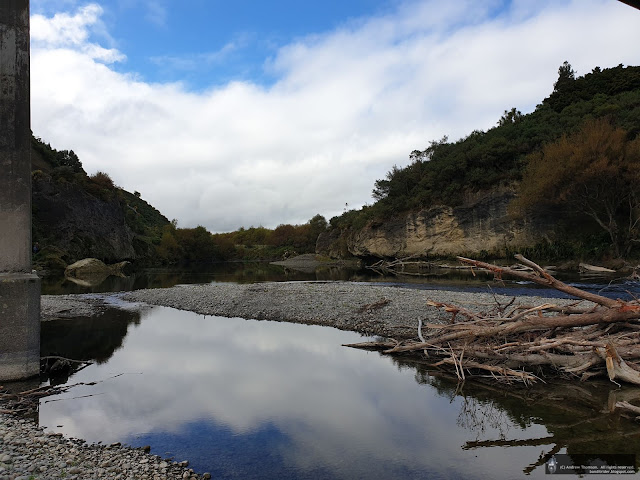 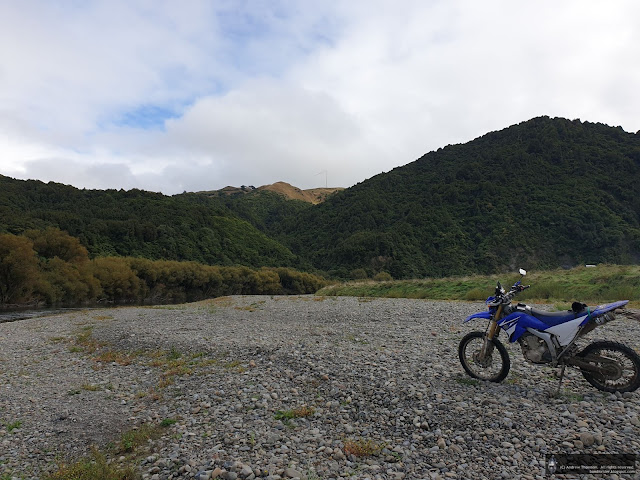 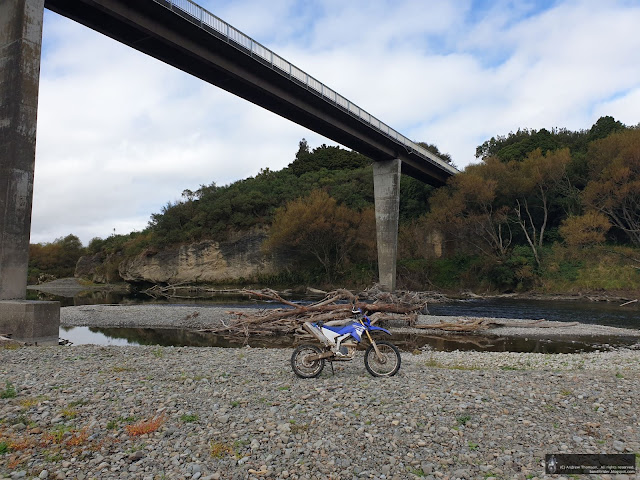 And then I even took the opportunity to further test out the Shinkos abilities on grass.

When I had stopped laughing, I carried on home via the Saddle (even passed some cars on there too!) and a quick cuppa at Mark's.

Well that was fun - you should see my riding gear...at least the WR is clean again... 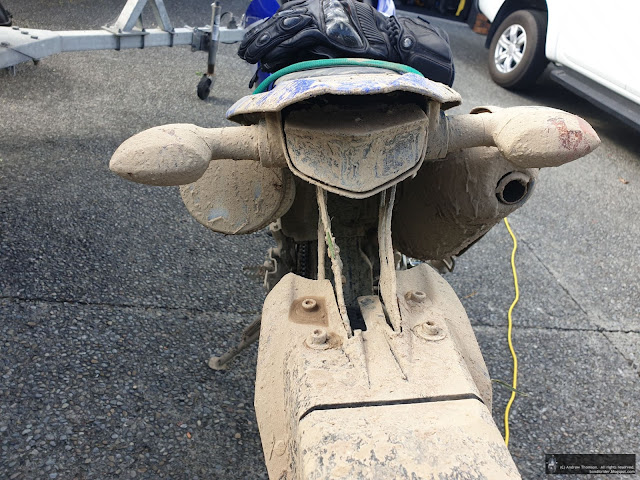