Or perhaps it was last weekend...I went for a ride, and have only now gotten around to blogging it...

Last Sunday Colin came up on Judas late in the morning and needing a ride.  It wasn't the nicest day but at least it wasn't raining or blowing its guts out so off we went up to Taihape.

The ride up was all on seal - a quick flick over a dampish Vinegar Hill and then straight up SH1 soon had us parked up in front of the Soul Cafe and tucking into something warm.

While there, I messaged Glen who is just up the road and still recovering from a trail bike vs slippery tar incident, and he was working in his shop so we popped down to see him.  Good to see him vertical and working on one of his projects.

We finally got away from there around 2pm and made our way across the Napier-Taihape as far as the turn-off to Mangaohane Road.  My lying temperature gauge had been reading a nice and comfy 8 degrees but somehow it didn't feel like it to me.  Colin confirmed my suspicions, saying that he'd been seeing lower than 3 and had ice warnings and things coming up on the dash.  Instantly I felt colder.. 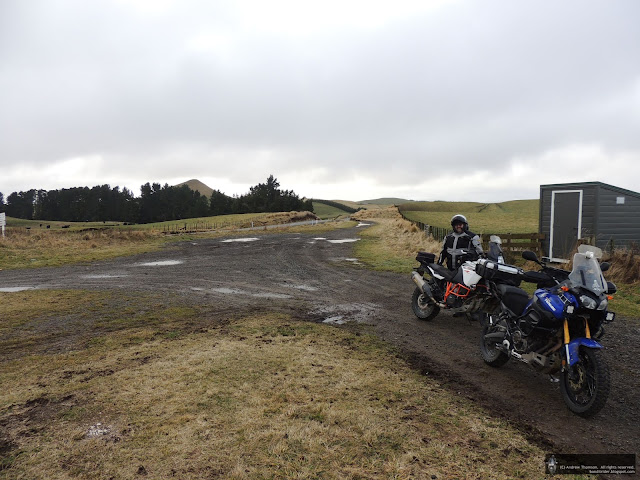 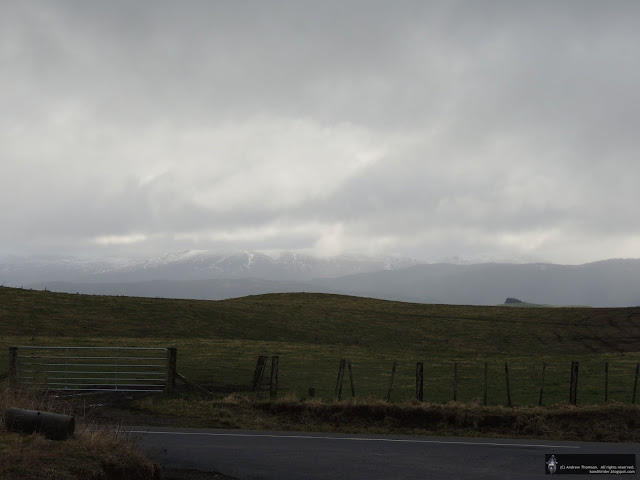 Now we were finally onto the gravel and while there was a little deep stuff as we got going, it soon changed to some pretty fast and fun stuff.  Just a few slippery bits where there was exposed clay. 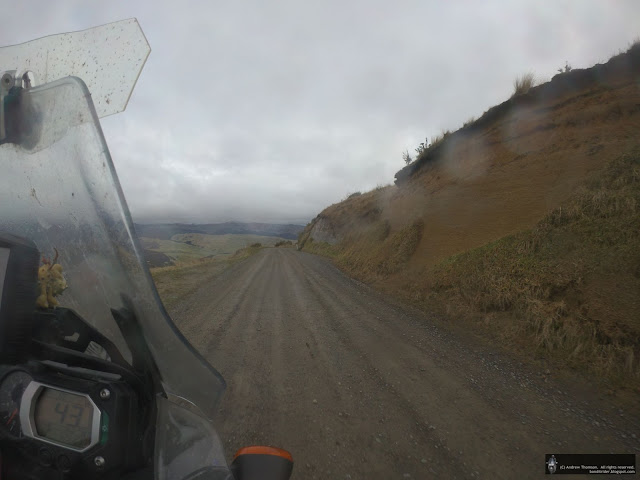 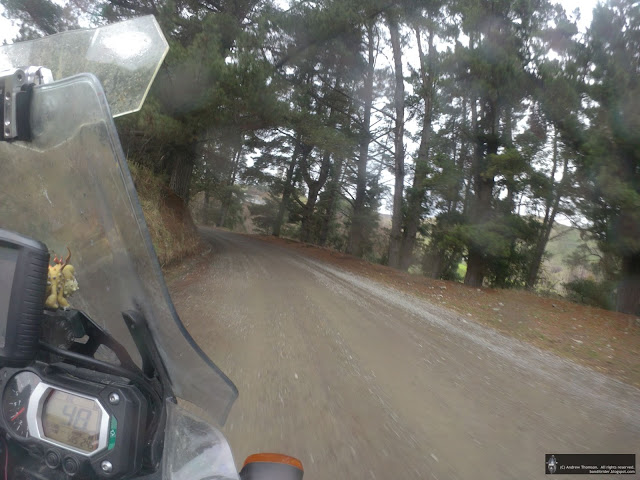 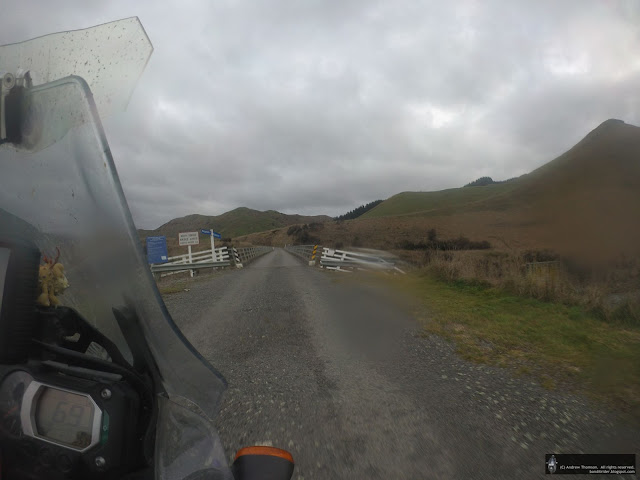 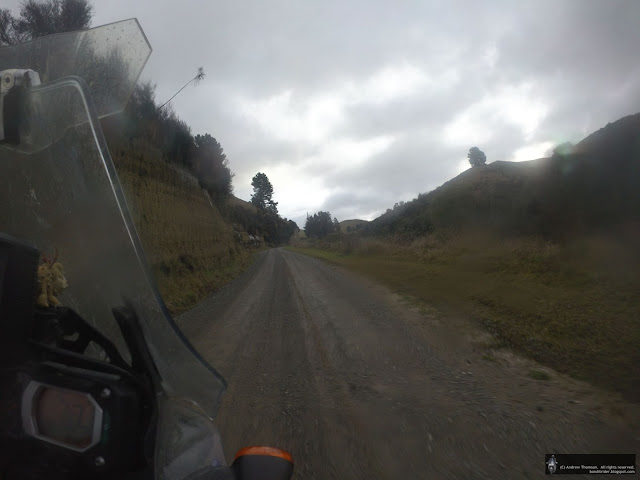 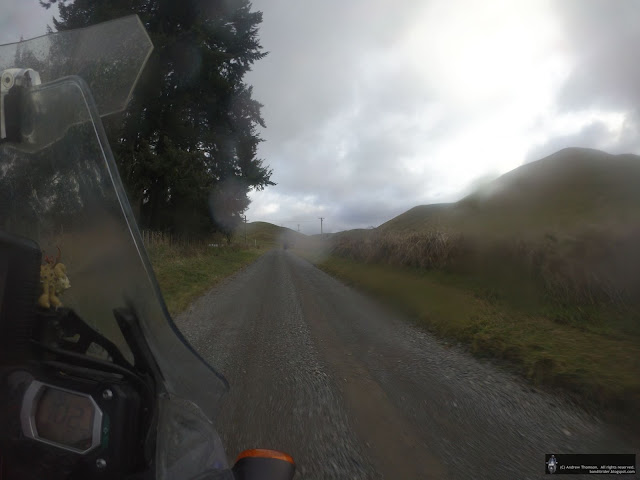 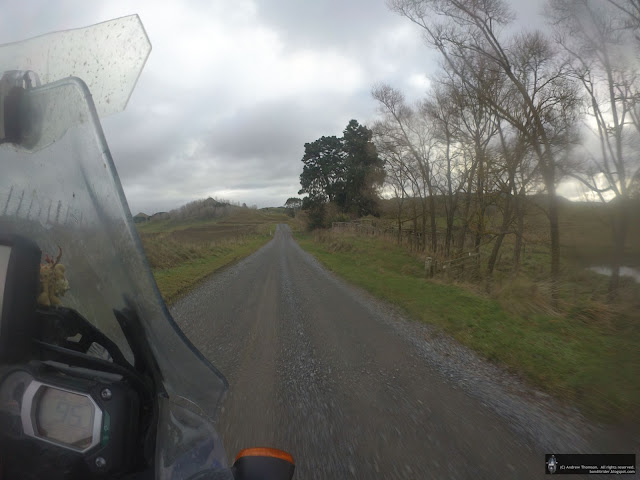 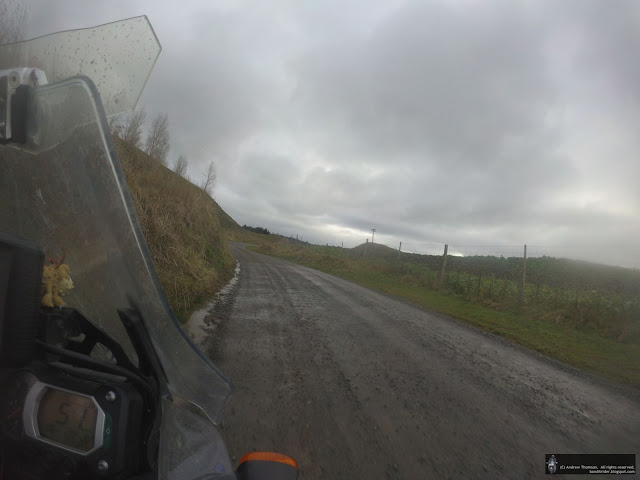 Next up was Pukeokahu Road which was more of the same good gravel but just a little tighter and slower through to Taoroa Junction. 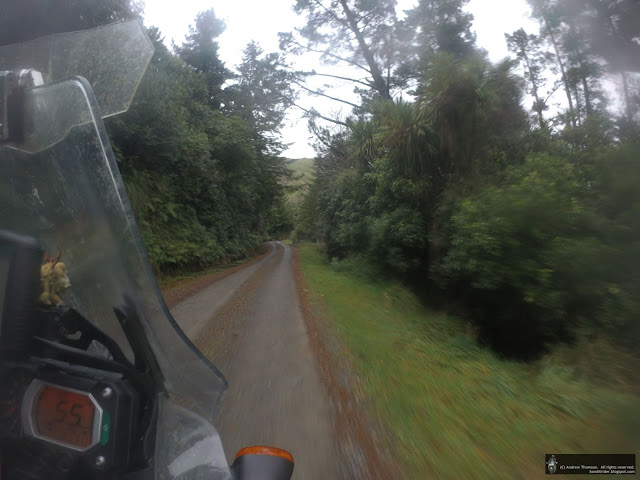 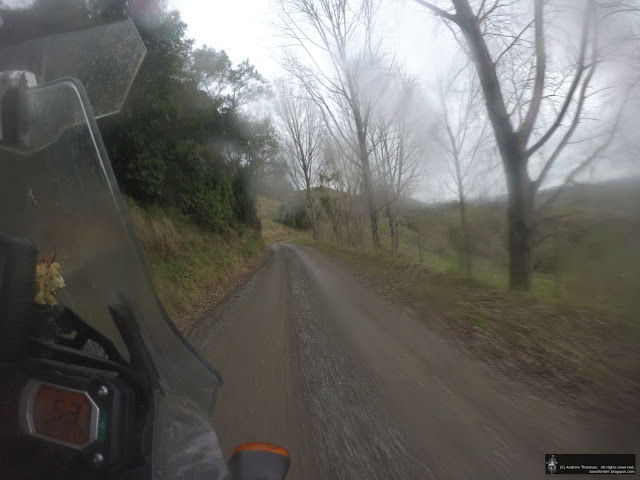 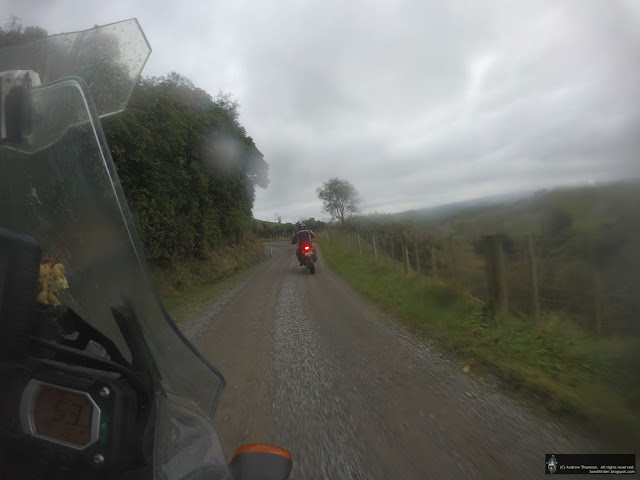 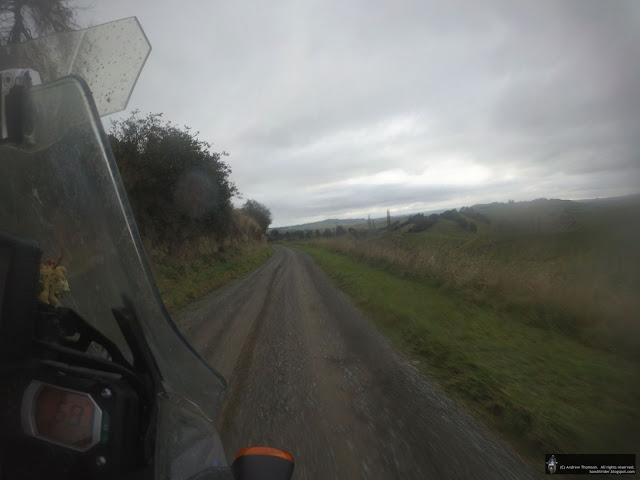 And that was it for the gravel.  We had about 15km of slippery back roads to get out to SH1 again and then another trip across a much slipperier Vinegar Hill and into Feilding for a cuppa with Dad.  We even found some rain just out of Feilding. 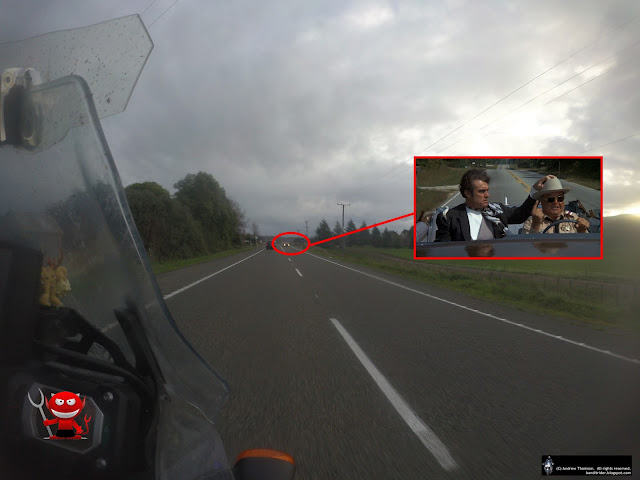 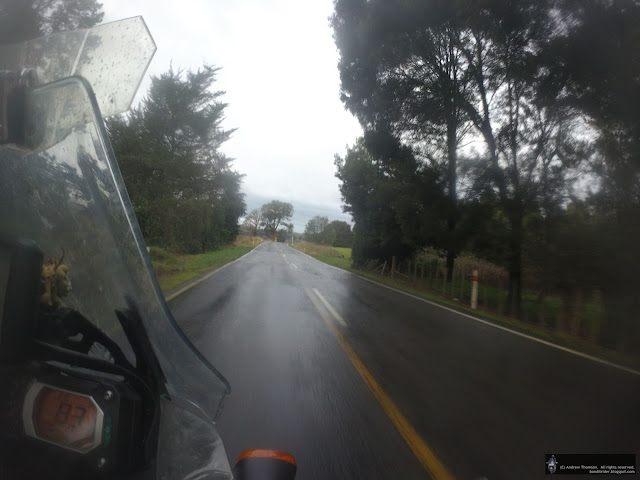 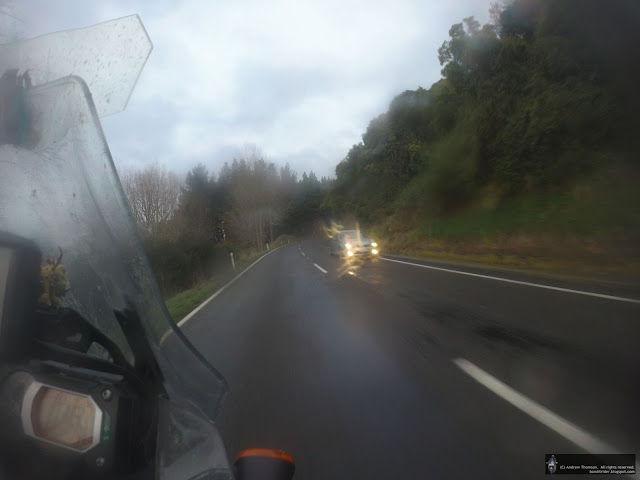 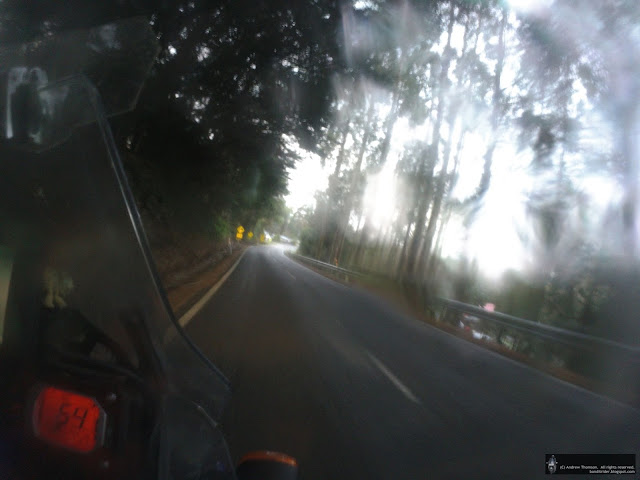 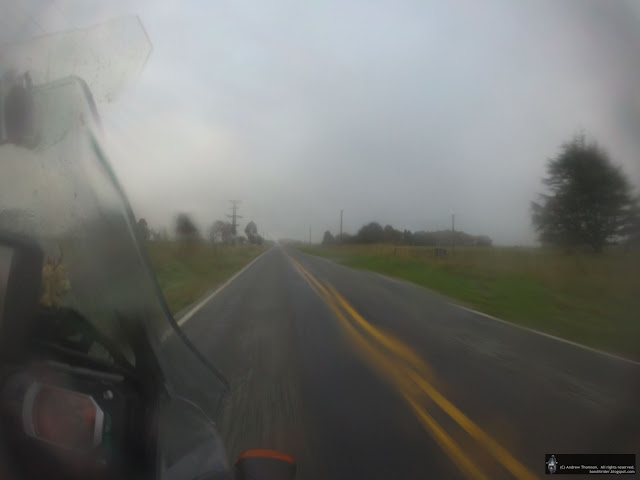 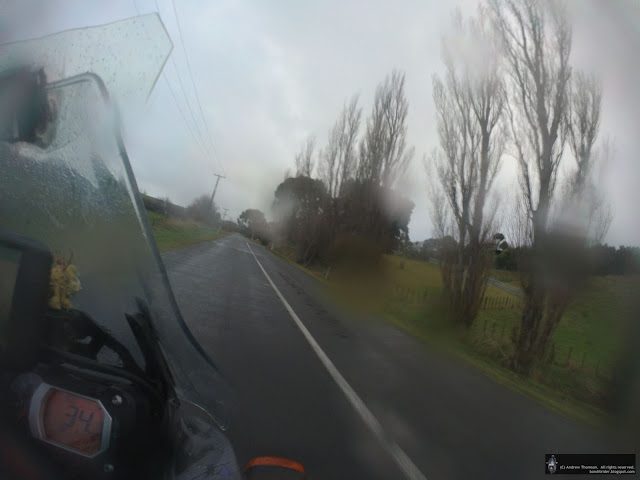 A fun little ride but fairly chilly - especially the ride home from Feilding at about 5:30ish.  Glad to get the fire on when I got in!

Posted by Andrew Thomson at 3:31 pm