Day Two of the Dusty Butt started a little later than the first day as the planned distance for the day was a bit shorter than both days 1 and 3.

Colin and I got away a little ahead of the others but as were we heading out of town we got turned around by some other riders.  Apparently the gate that led us to the route over the hill towards Roxburgh was locked...bummer.  We rode back into town and Rowan suggested we head for Roxburgh to pick up the purple line.  We then bumped into the ride organiser and basically got the same message.

So off we went, pounding the tarmac as best as possible before turning off just before Roxburgh and quickly getting onto a short bit of gravel and then a farm track.

There were a heap of bikes attacking the route at the same time so you had to keep your wits about you when changing line but it did help with all the gates.

The higher up we got, the more the tracks started to deteriorate into reasonably deep ruts.  The views down into the valley were pretty stunning though, but you will need to take my word for that as the riding was of more importance than photography.  You'll get the idea from the video hopefully.

By now by rut-riding was getting a little better (I still don't know how some of the guys on the bigger bikes managed) and one of the coolest bits of the ride was dropping down the hill over a lot of very large rocks.  They were reasonably smooth but you did have to pick your line through them carefully to avoid hard drop-offs or just heading into more nastiness.  This was pretty technical stuff but the WR was great at it - I was standing on the pegs and puttering around using whichever route I thought was best.  Great fun!

Eventually we came down off the hill into a forestry section (Piano Flat I think).  This too was great fun as the surface was awesome.  A grader had been through but it was kind of a mix of dirt and gravel, quite soft but actually with a reasonable amount of grip.  Wicks were turned up and it was great fun braking and slithering around into the corners and nailing it out of them.

I was mainly by myself but at one stage an XR650 passed me and I thought "sweet, we're on!"  I gave chase and got to enjoy two fast corners before we hit an uphill section...


Finally leveling out at the bottom, we were now on good fast gravel.  Time to eat a lot of dust...More gravel and some seal got us out to our fuel and pie stop in Lumsden. 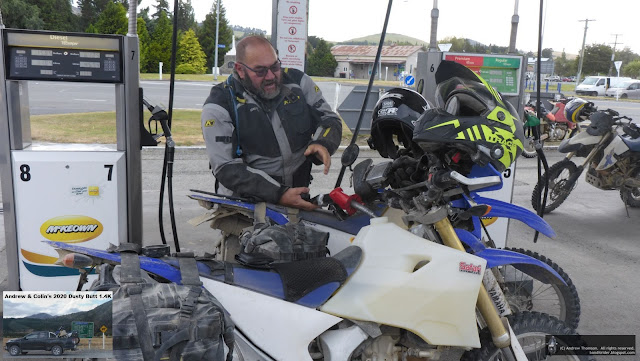 Leaving Lumsden we had to endure quite a long sealed section which included some of the busy SH6 which is the main route from the bottom of the island to Queenstown.  Camper vans and tourists all over the place...

But at least this got us into what was probably both the highlight of the day and the entire trip.  A short, steep bit of gravel got us up onto Nevis Road and some of the best riding ever - and the most amazing views.

The route through the Nevis had everything:  Nice gravel/dirt roads, water crossings, steep climbs and descents and the further and the higher you went in: ruts, rocks and wind.  We were only getting started in the below pics! 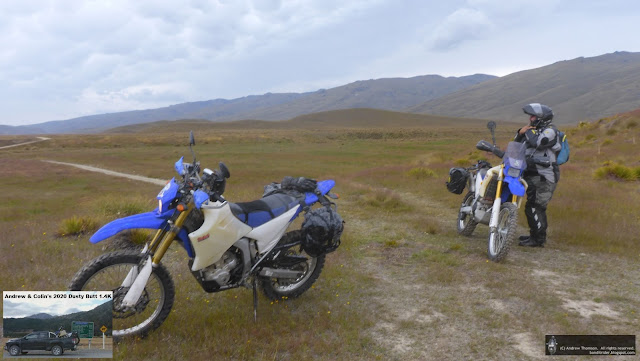 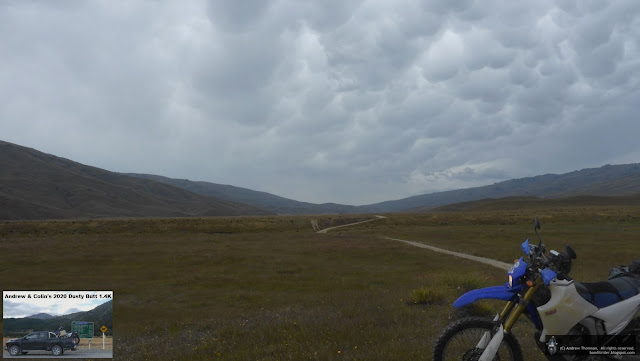 Most of the water crossings were pretty easy and not too deep, but the one below was a decent one.  I actually looked at a crossing to the right of this but thought it looked too deep and when Colin made it through this one, I decided to give it a bash.  Colin got some great photos of the action and there is video too...

Somewhere along this valley a certain Mr Birch went through on us (you can see me giving chase in the video) and we got to leap frog him and his mates a few times on the trip through.  It's safe to say he makes everything look pretty simple...

Eventually we started climbing into the hills again and started seeing all the neat rock formations that the area is famous for.  Having not ridden there before, I was keeping a sharp eye out for the "obelisk" as I needed that picture!

But after a chat with Colin I discovered that we had a fair ways to go before the obelisk so it was head down and attack the ruts with vengeance!

After passing Mr Birch again (I don't care if he was stopped!) we started clambering around Old Man Range and came to a decent gravel road and a gate.  Rather than follow the purple line through the gate we carried on up the hill to finally visit the obelisk.  It's a reasonably impressive rock: 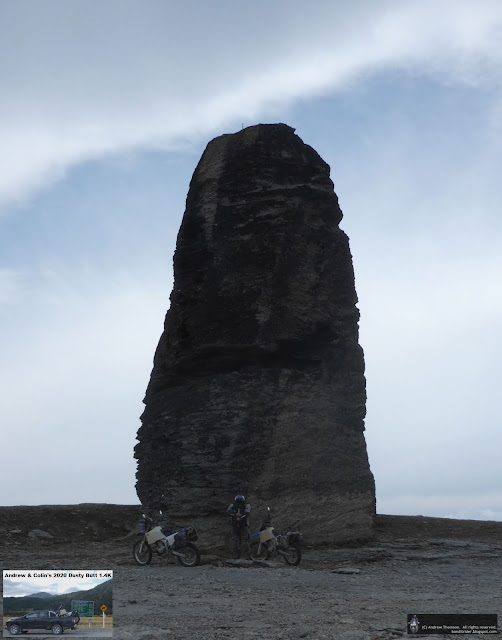 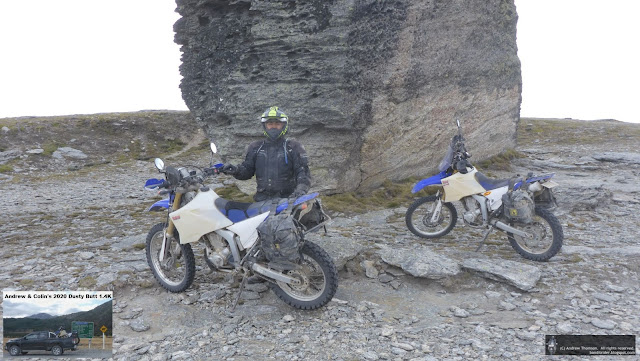 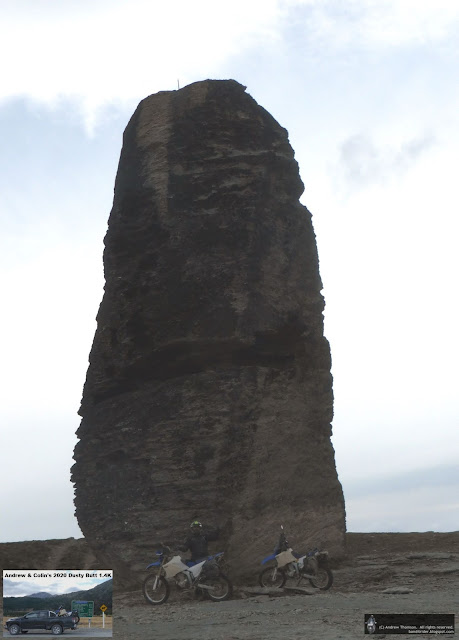 It was a bit of a shame that it was such a hazy overcast day (it was blowing like made at the obelisk too) as the view from 16-1700 metres up was amazing! 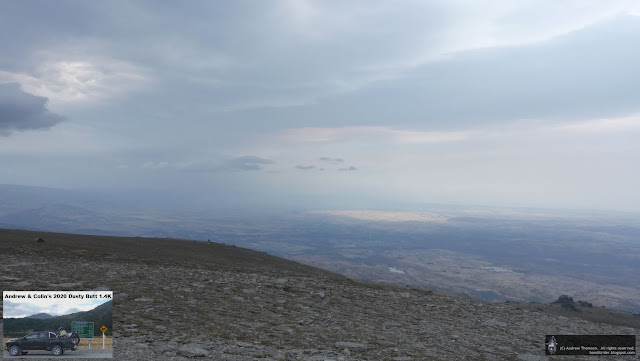 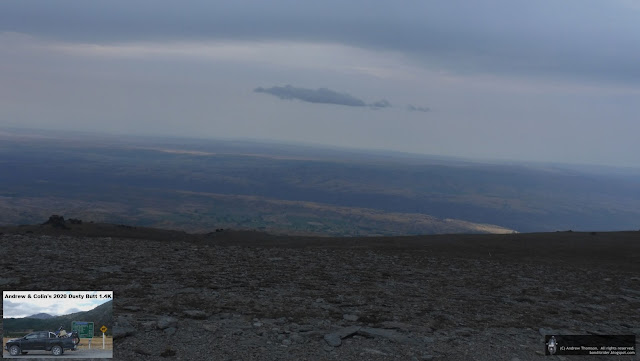 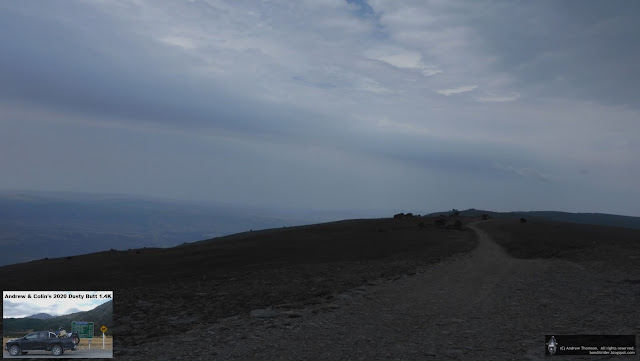 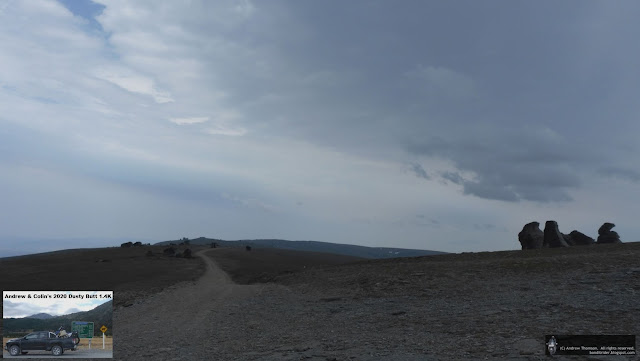 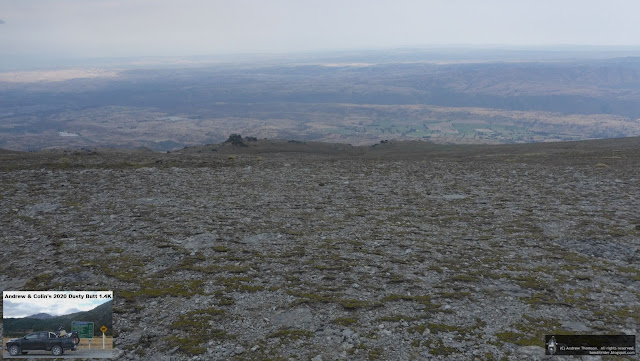 Returning to the gate we now just had to descend down the hill and cruise into Alex again.  The road was a lot better - good gravel, nice and wide - but there were some decent drop-offs if you decided to miss a turn. 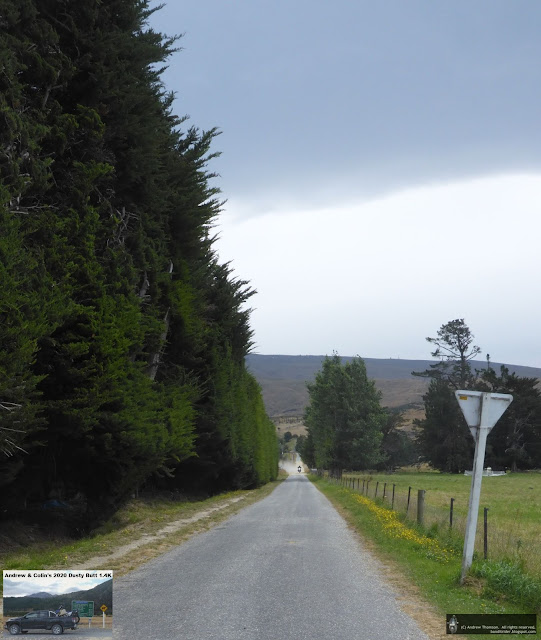 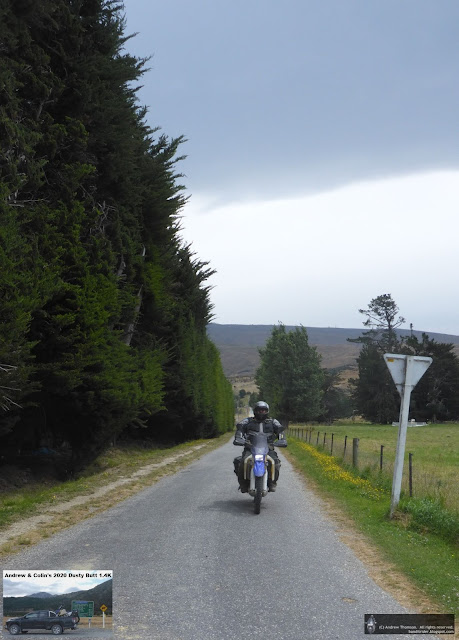 Back in Alex it was great to get washed up and on the right side of a cold drink before yet another pub feed with the team.  What a day!

Posted by Andrew Thomson at 7:55 pm