Late last week Brian mentioned that Lloyd and he were keen for a pootle this weekend and I only had to mention Fields Track and the keeness level came up a notch.

We've been having some damn hot days lately so rather than pick a dry day we had to try and pick the coolest day for the ride.  On Friday the forecast for Saturday was 31 (ugh) and Sunday looked like around 29 - Sunday it is then...

So this morning I geared up, gassed up and went to meet the other two at Brian's place.  It was already pretty warm so rather than waste too much time yapping we suited up and hit the road with our first stretch taking us across to Wanganui via some nice back roads. 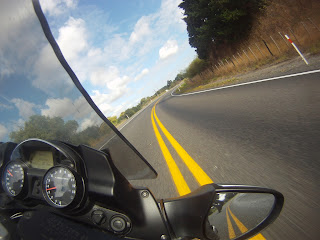 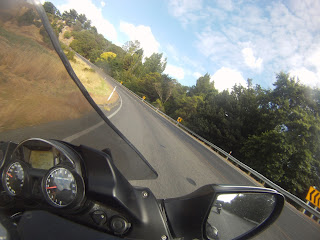 I usually divert around Wanganui but I missed my turn just out of Fordell so we ended up dropping down into town.  This ended up being a good thing as Lloyd's VTR was feeling thirsty.  Both the "wee" bikes topped up while I sat baking in the sun.

Soon we were on our way again and it was great to be getting a bit of air over me, but things were still pretty hot as we hit the Paraparas - watch that hot tar guys... 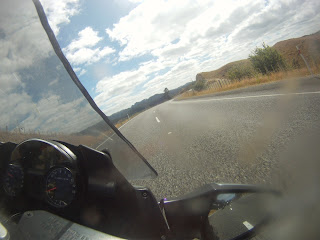 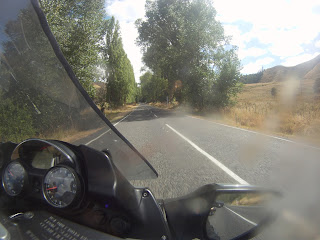 After a good run up the Paras we slowed up as we started up over Fields Track.  This great back road really demands plenty of attention (although the views are spectacular) as there is often loose metal, hot tar and various four legged hazards. 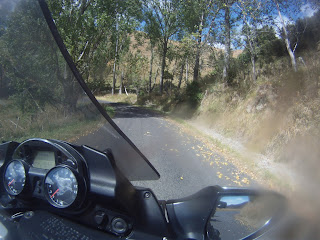 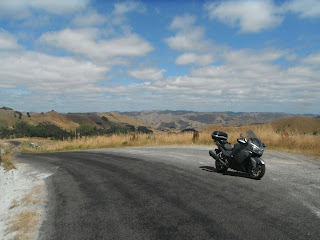 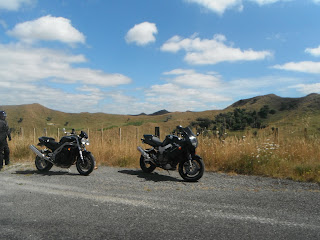 Dropping down into one sharp right hander I had to use the stebel to give some young goats a bit of a hurry up but luckily they were pretty keen to keep out of our way. 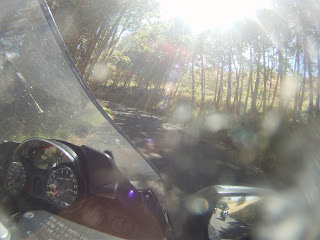 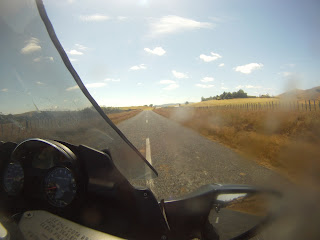 Once out of the tight stuff the speeds came up a bit more and a few more gears where pressed into service as we made our way towards Waiouru.  Along the way the guy below gave me a bit of a pucker moment - although it was funny to see it trip up on it's own feet and skid off the road on it's butt... 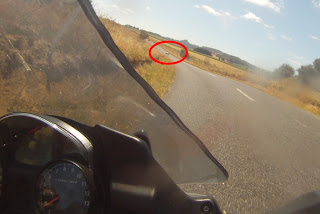 Once out on the main road we made our way to Waiouru and then turned South on SH1 to start the ride home.  In Taihape it was time for a lunch break and a nice cold drink.  Brian and Lloyd also needed fuel for some reason... 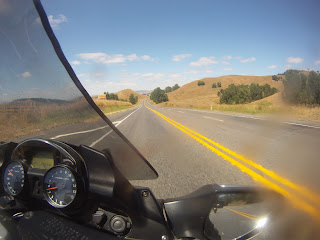 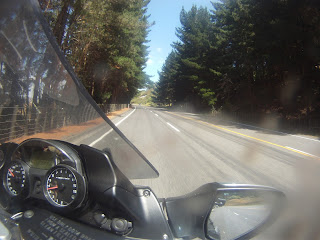 During lunch Lloyd had raved about the Paras and Fields Track (something about corners I think) so he was keen for more diversions on the way home.  Funnily enough I was easily persuaded to turn-off at Mangaweka to take in the road through to Rangiwahia and Kimbolton. 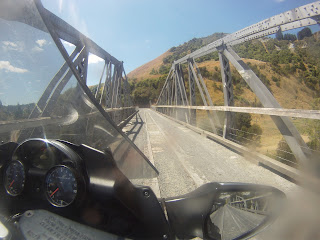 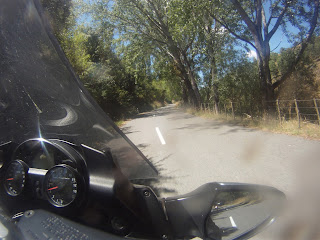 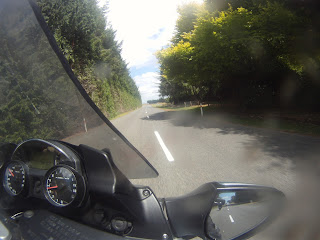 We had a good run through here with only one sheep out on the road and a short section of new seal to slow us up a bit.  Just out of Kimbolton I managed to get into a small bird's flight path and the poor bugger exploded on contact with a Concours headlight. 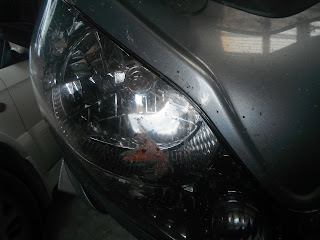 The rest of the ride was just a quiet pootle home where it was good to get out of hot riding gear and find another cold drink.  The Connie did the approx 340km on it's tank but is going to need fuel for the next ride - where to next?