Lost in the 'naki

So I had decided that today it was the DL's turn for some action, the question was: where to?  I'd had a couple of ideas on a few places I wanted to explore in my search for new gravel but I decided that I didn't want to go too far today...

I ended up deciding on aiming towards Wanganui and then to check out Kai Iwi beach - somewhere I'd never been before.  Rather than plan my route and load it onto the GPS I decided to wing it...

Leaving home at about 10 I sort of fell into a slow but steady pace and found myself just enjoying the pootle and the views as I rode across towards Wanganui.  Dropping down into Turakina I spotted the sign indicating the turn-off to Turakina Beach and decided seeing that I was intending on checking out one beach, well why not two...Who knows, I may even find some more interesting roads to Wanganui...maybe I should have used the GPS software...

So I pootled out to Turakina Beach but rather than ride down onto the beach to get a photo (and perhaps to get stuck) I just turned around and made my way back to Turakina.

In Wanganui I stopped to buy a couple of sandwiches and some fuel and then finally made for Kai Iwi.  Turns out it's a pretty nice spot: 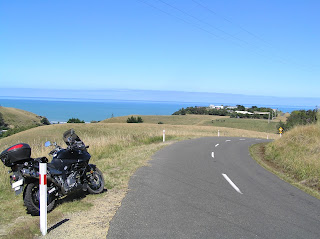 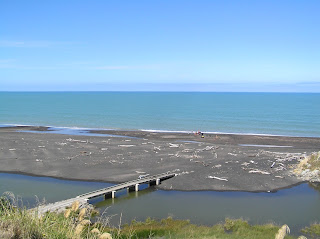 After a quick nibble and a drink I remounted and decided to try to head further North but to also try to stay as close to the coast as possible.  And finally I found an interesting road:

Unfortunately the gravel only lasted for about 5km and I ended up being spat out on the main road again.  So now where?  Well, I decided to keep heading North and made for Waitotara.  As I was dropping down the hill into Waitotara I noticed a road sign pointing to the left (and towards the coast) with a number of interesting looking place names on it.  But once I had turned off and gone around the corner this is what I saw:

Yes, the road doubled back under SH3 and was going to take me inland instead of towards the coast.  Oh well, it was a new road anyway...Maybe I should have used the GPS software... 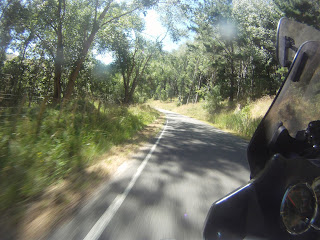 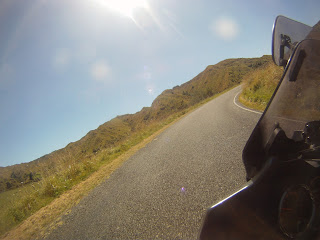 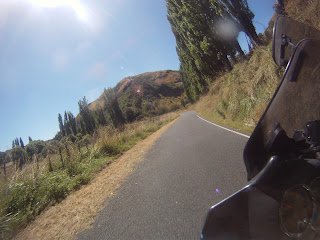 Waitotara Valley Road turned out to be a bit of a cracker.  It was good seal that just went on for ages, even as the road slowly got narrower.  I was expecting gravel at any stage... 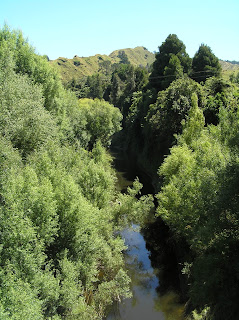 And then finally, after my wee photo stop I was on gravel.  The gravel continued on for about another 10km until I came across this:

It turns out that Waitotara Valley Road is a dead end!  And so after approximately 60km I got to turn around and ride it all again. 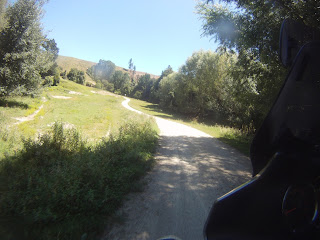 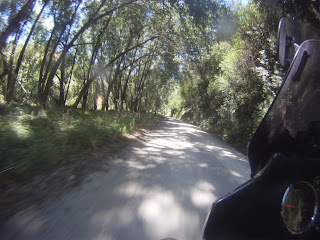 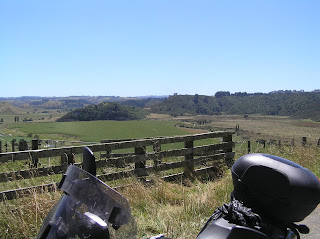 Funnily enough the ride out was just as good as the ride in and it didn't seem to take as long so I was soon back out at the main road again.  By now it was after 1 and I was feeling pretty hot under all my gear so ripping along the main road to cool off a bit was pretty nice.

Trundling home I took in a bit of the Turakina Valley, had a quick stop in Marton for sandwich number 2 and to drain my water bottle before the final wee leg back home. 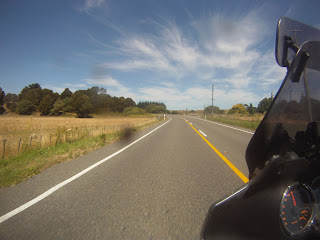 So for a pretty poorly planned ride I ended up having a blast, found some new roads, got a few pics and put another 360km under the Vee's wheels.  Good stuff!