This morning Brian rang and said that he and Lloyd were heading for Castle Point for a ride and did I want to join them.  Dilemma - I had a new tyre on the Vee needing to be put to the test but Brian and Lloyd were road riding...

I put my thinking cap on and decided that with a careful choice of route I could go to Castle Point and take in some gravel to test the new rubber.  In the end I told Brian that I'd see him in Castle Point and then loaded the DL up.

The tyre took a wee bit of getting used to as I headed up over the track but I guess it was just that new tyre feeling as I settled into things fairly quickly.  For my first taste of gravel I took in Tararua Road and once again had to get used to riding on gravel again and on the new tyre.  I think the damn grader had been through at some stage as there seemed to be plenty of gravel to slip around on.

In Pahiatua I gassed up and then made for Alfredton.  It's all seal through here so I just cruised on down before stopping just out of Alfredton at the turn-off to Castle Hill Road. 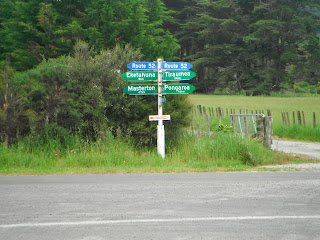 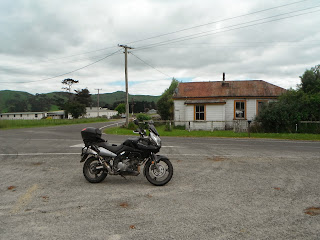 Here I fiddled with the Go-Pro to see if I could get it to take piccys for me but after ten minutes I had absolutely no joy so turned everything off and started on my way through to Tinui.

Last time I came through here it was with the BRR team and the gravel had been graded leaving it very slippery.  Today it was a lot better and I really enjoyed the ride.  Another thing I noticed was the logging that had been going on - there were quite a few pine plantations that had just been harvested with logs lying awaiting pick-up and some serious hardware parked in paddocks.  Rather than take pics of this I tried to find something better to photograph. 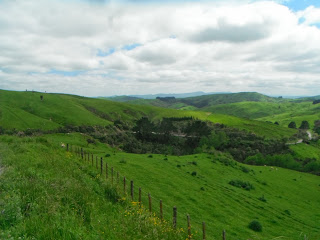 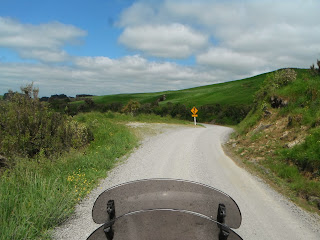 In the end I discovered that it's only about 90km from Pahiatua to Castle Point so taking in a bit of gravel certainly gives you a good short cut.  This meant I wasn't surprised to find out that I'd beaten the other two there so went for a ride up to the car park for some more pics. 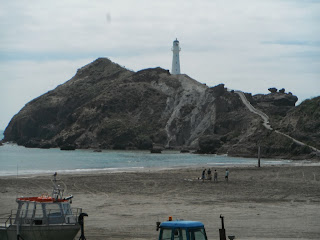 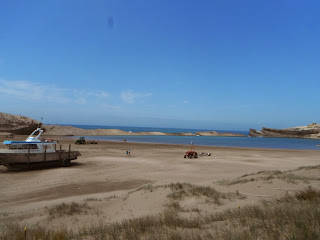 Then it was back to the shop to park up and order some lunch while I waited for the guys. 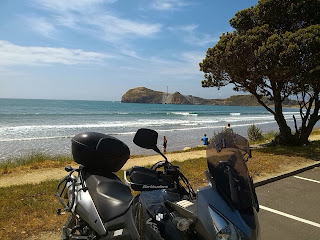 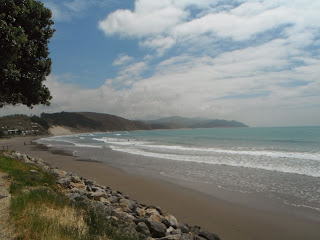 About ten minutes later the guys turned up and we caught up over lunch before deciding on the route back.  Rather than retrace my steps I decided to ride with the guys as far as Eketahuna and then go in search of more gravel.

We had a good ride back towards Masterton and then turned off to take Route 52 up to Alfredton.  Brian and Lloyd missed the turn and as I didn't, I ended up getting away on them.  When I got to Alfredton I was really puzzled that they hadn't caught me up.  I waited about 5 minutes and then decided that they must have taken another turn-off further South and that they were probably wondering where I'd got to.  As I turned into the gas station at Eketahuna I found myself pulling in behind a certain bug-eyed Trumpy and VTR so my suspicions were confirmed...

Just out of Eketahuna I turned off the main road and straight onto more gravel to take me over closer to the ranges.  I had a great ride up Cliff, Quarry, Mangaroa, Mangaraupiu, Kakariki, Pukehoi and Kopikopiko Roads (even if the graders had been at work again) and got to take in some more great scenery. 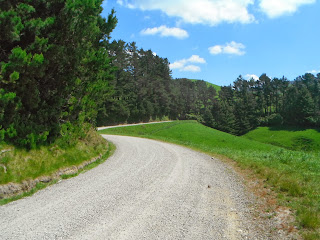 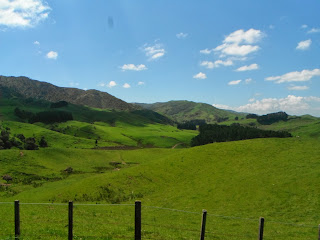 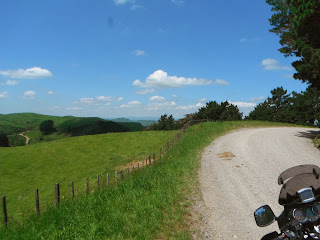 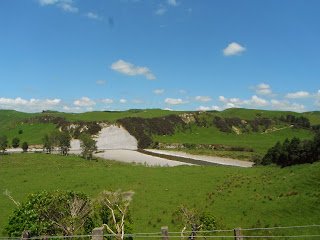 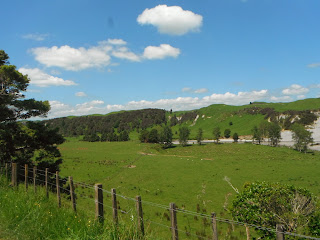 Kopikopiko Road eventually got me back onto tar at Nikau Road and I settled in to cruise home for a well earned cold drink.  Fabulous day out on the big Vee! 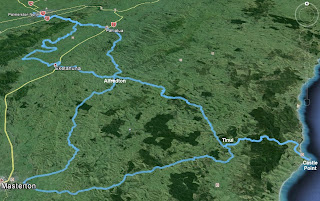