Today was the Woodville Moto-X GP and with a free ticket in my pocket I really thought that I should go and make an appearance.

I rode over on the mighty Vee as it's the closest thing I've got to an MX bike but resisted the urge to enter any of the races and went to find a decent vantage point.  I'd arrived just as the last of the practice/qualifying sessions were ending and settled in to see if I could get any decent piccys.

I'm not that up with the MX scene but obviously anything with a motor and a couple of wheels is worth watching.  The sounds of both two and four stroke singles getting their necks wrung as the dirt flies out off the back tyres is also a great experience.

One of the first races was the 125's and with 40 bikes in the race the first corner was absolute carnage - there must have been 10-15 bikes caught up in the melee.  Everyone wanted the hole-shot eh?  The fallen riders were still keen though and in the mad scramble to get going again some even picked up the wrong bikes... 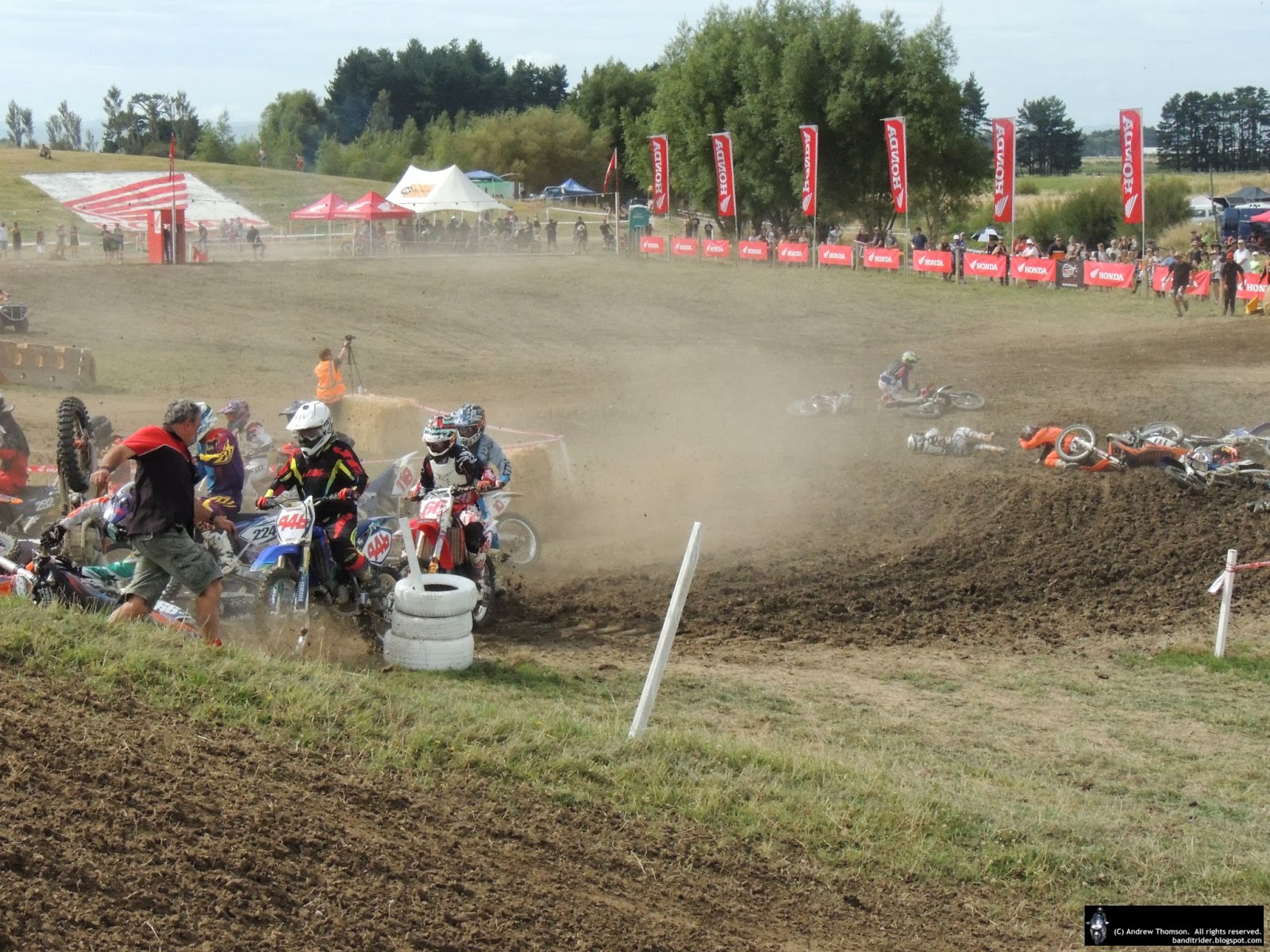 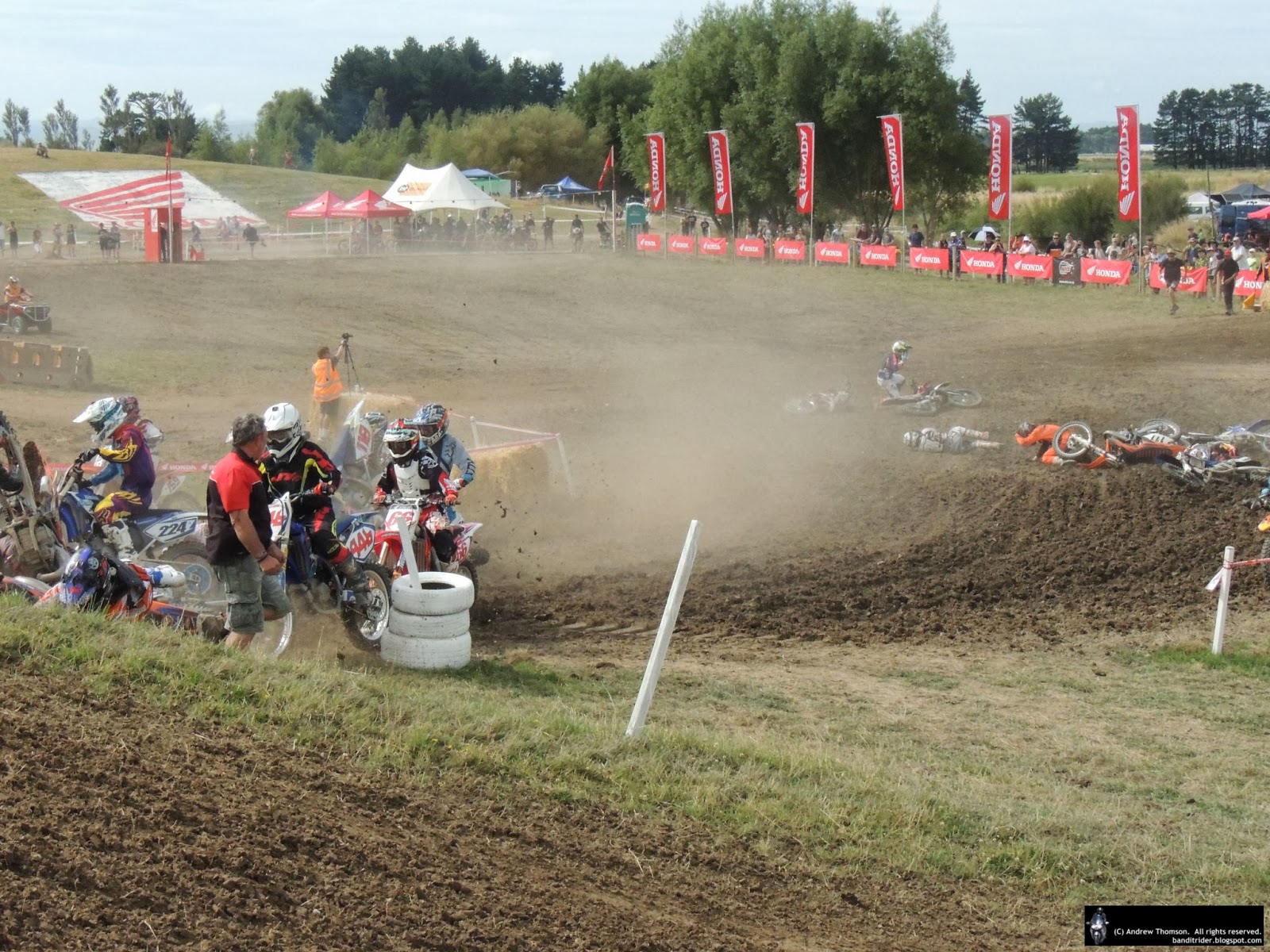 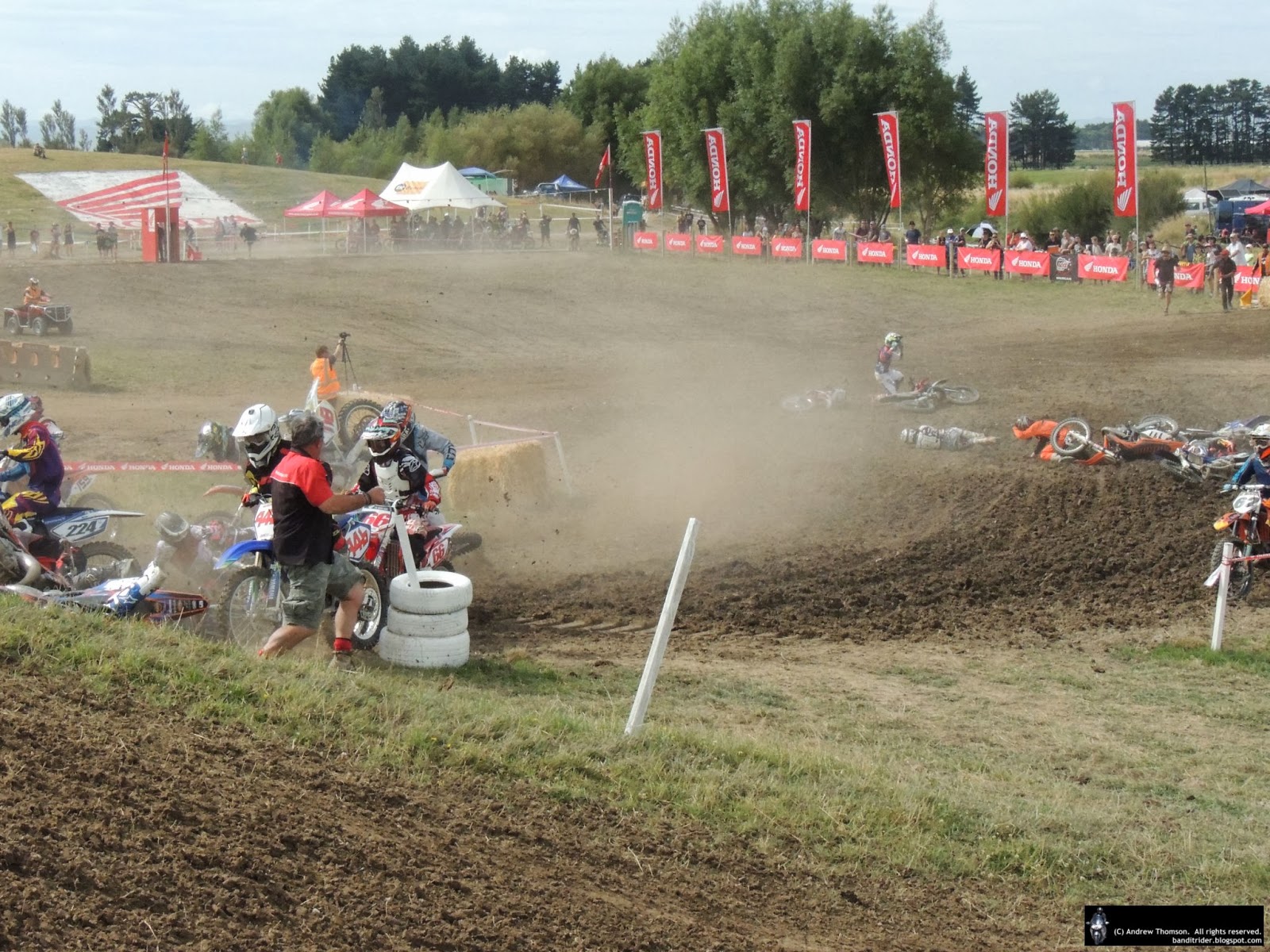 Soon it was time for the big boys and man those MX1 bikes make everything else look slow!  Big four strokes yelling their heads off - outstanding! 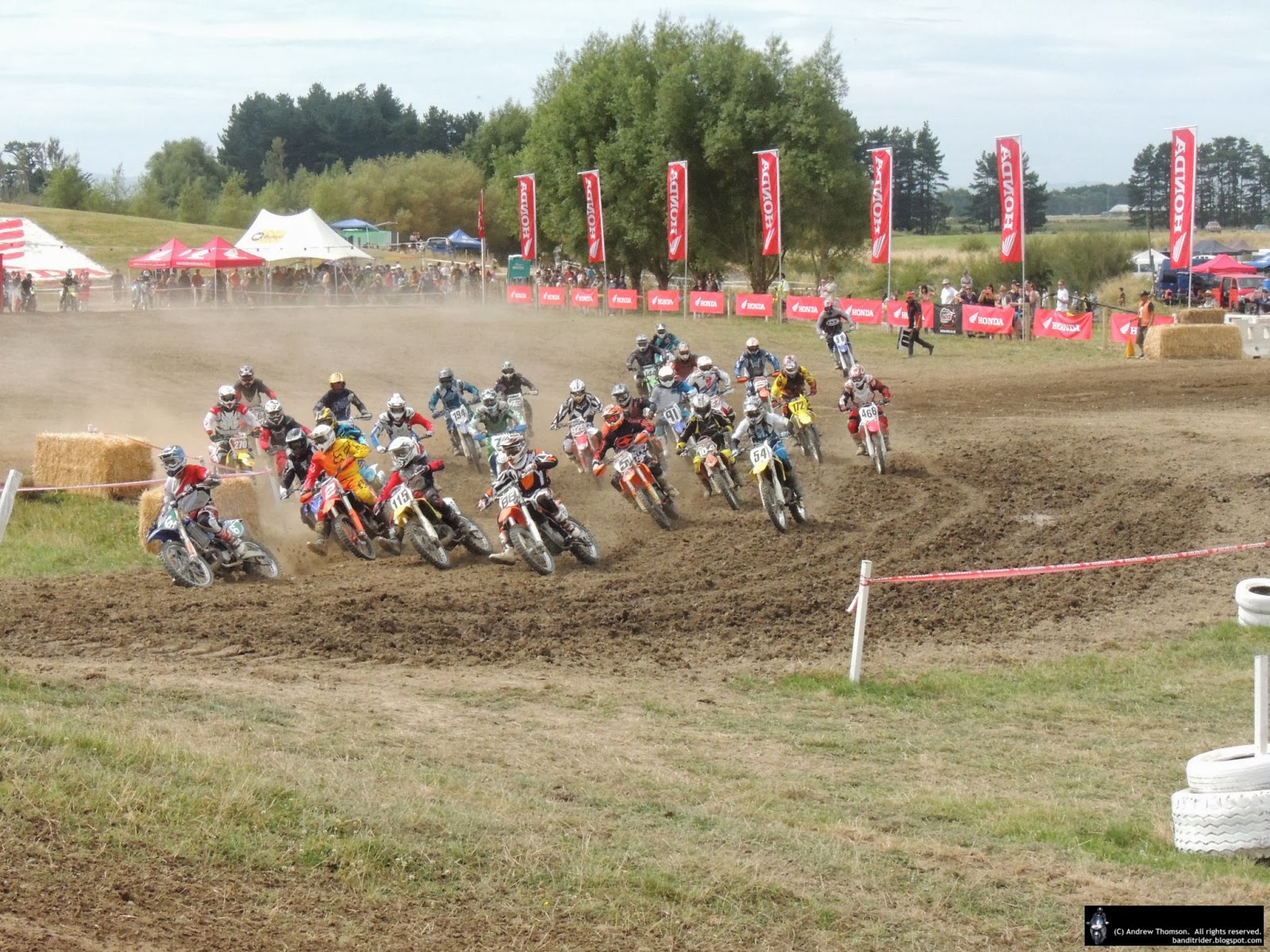 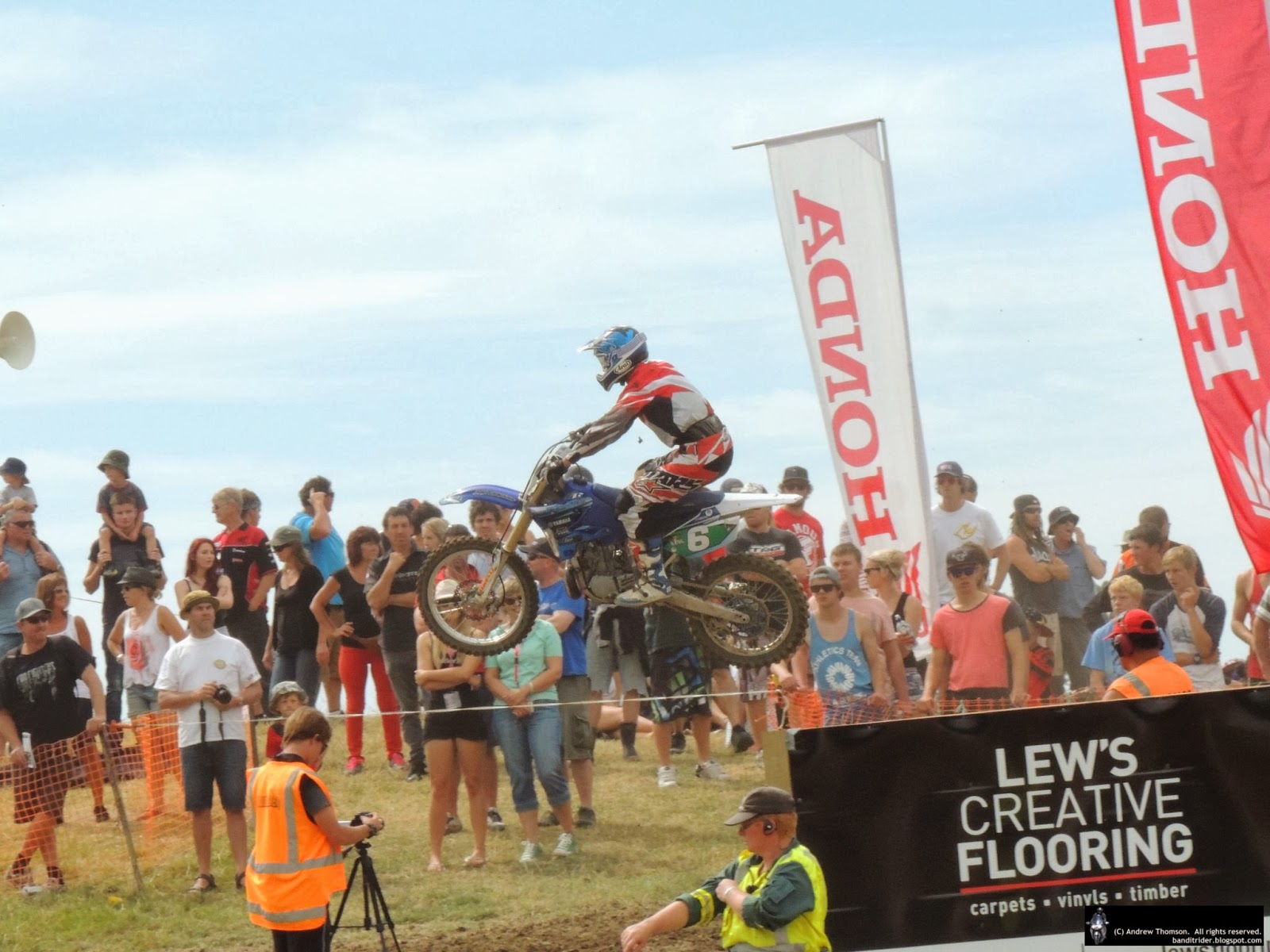 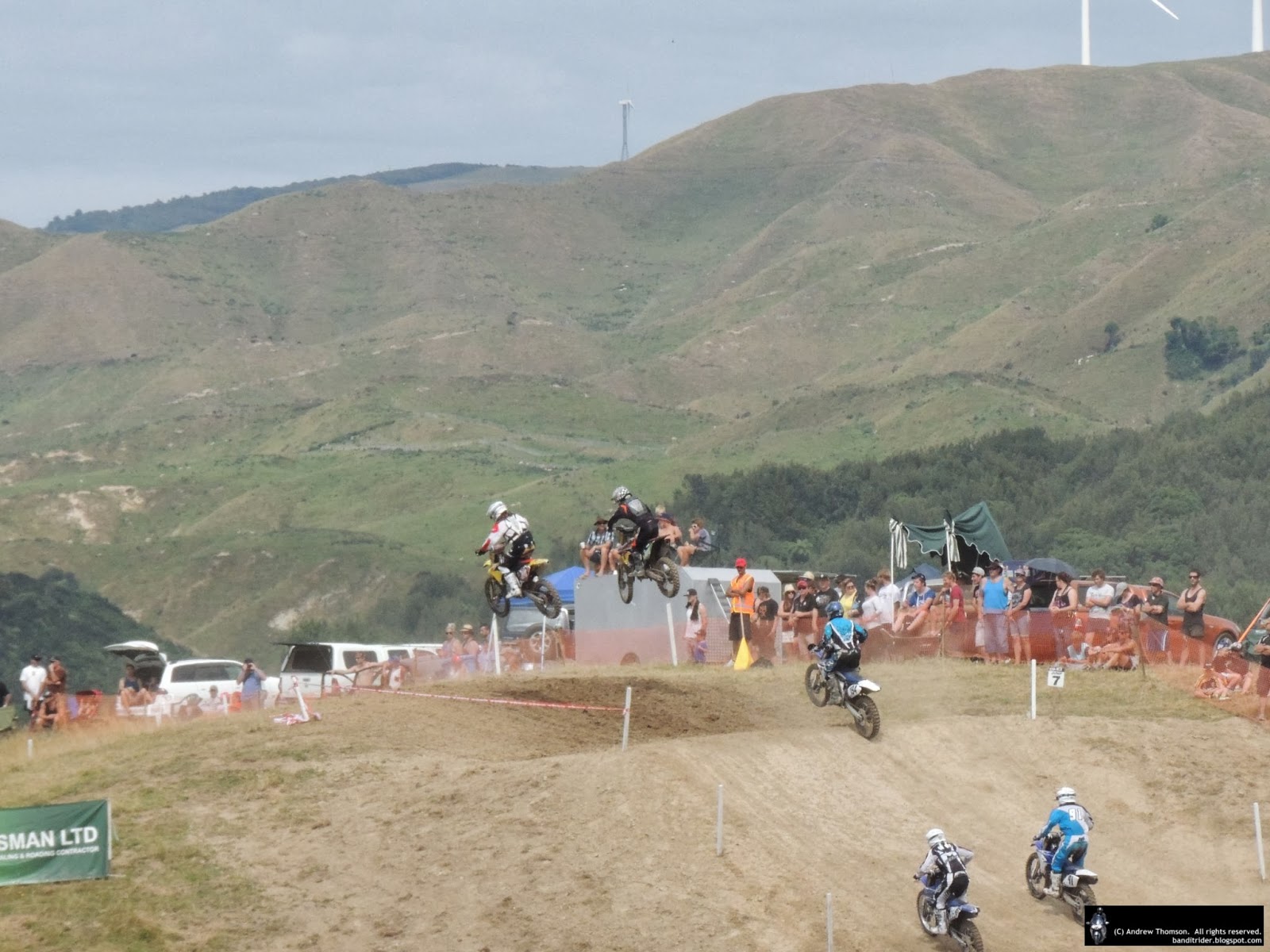 When the MX2 boys came out there was once again a big field and this meant one thing - more carnage at turn one! 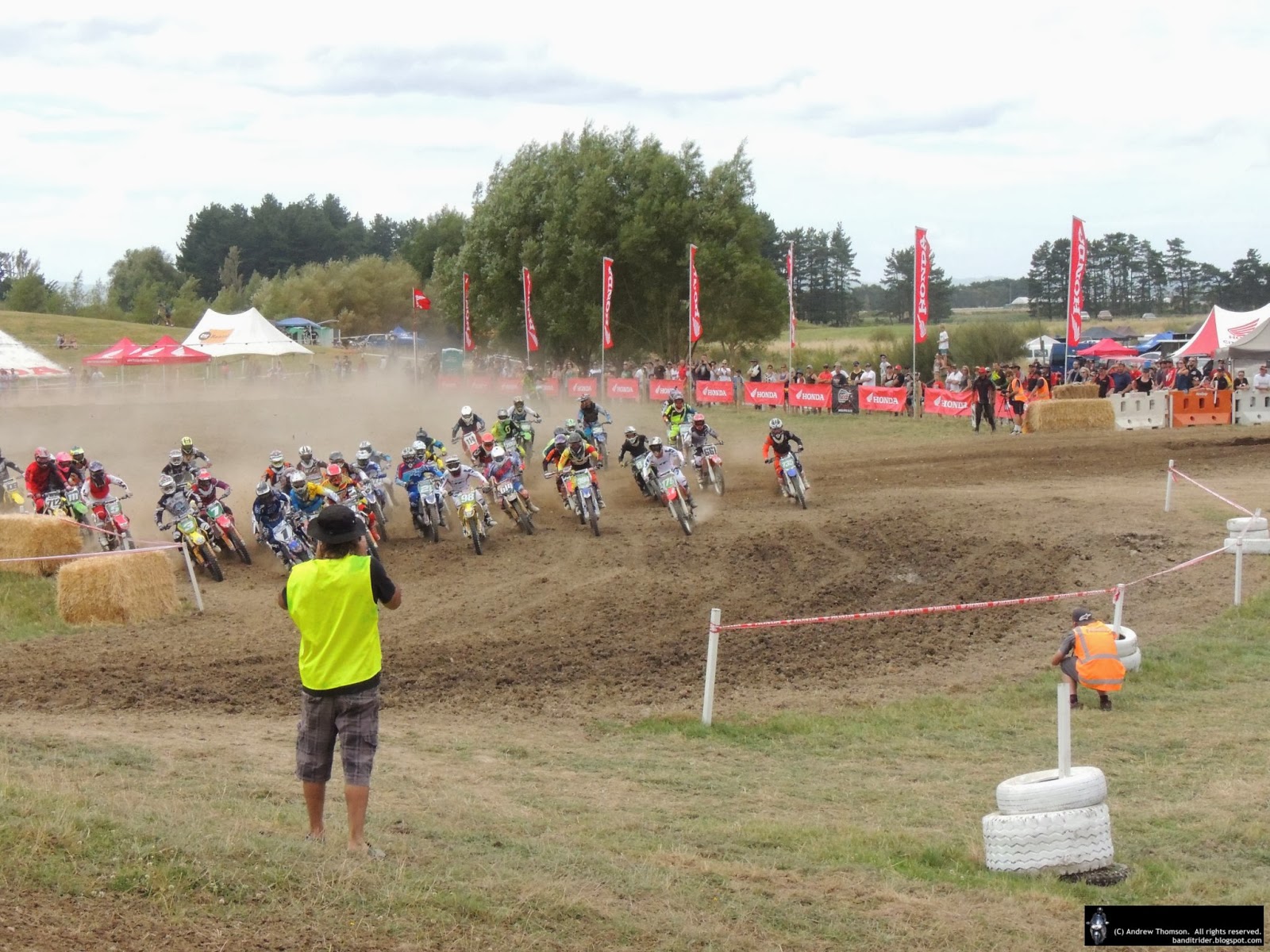 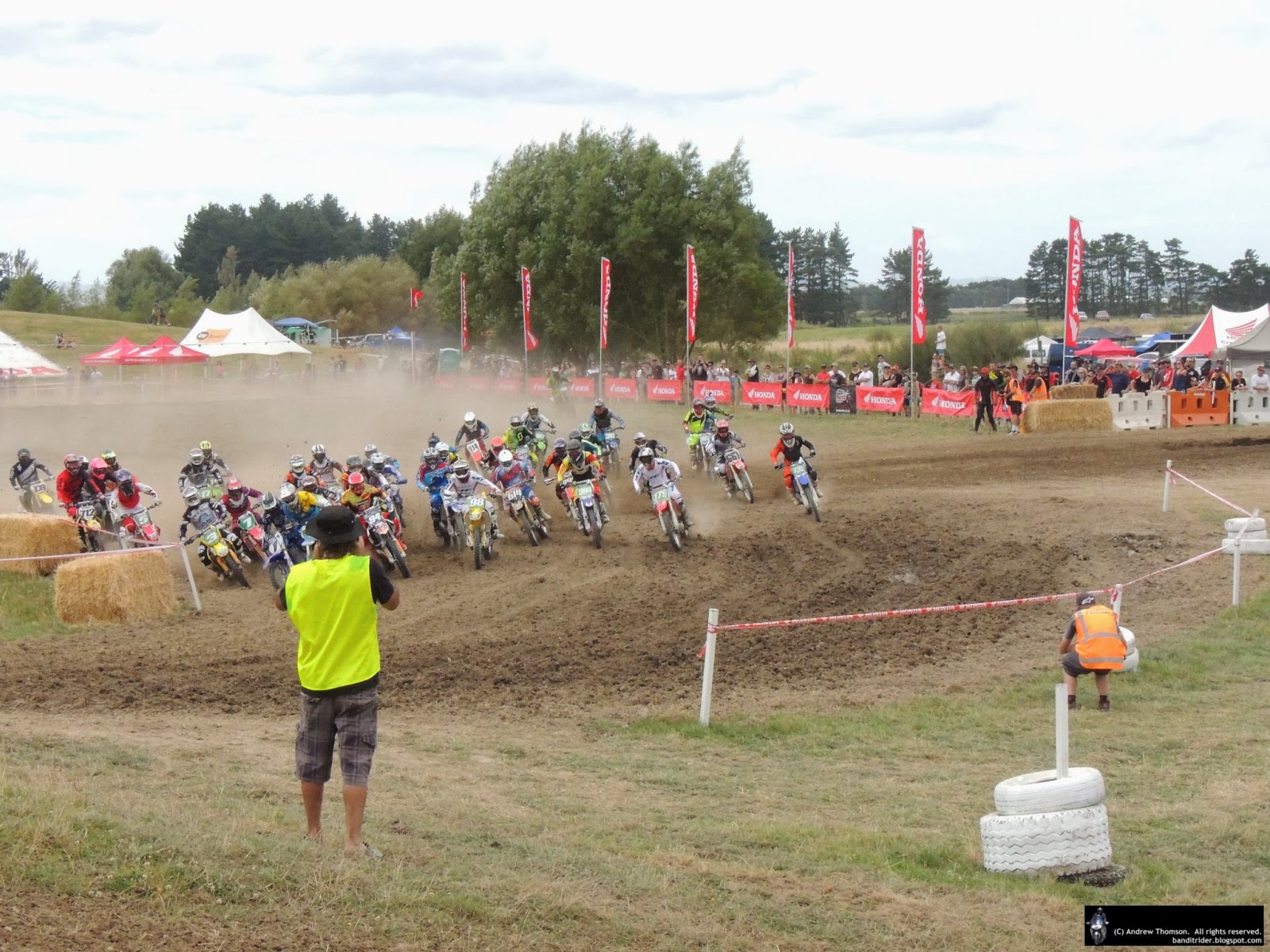 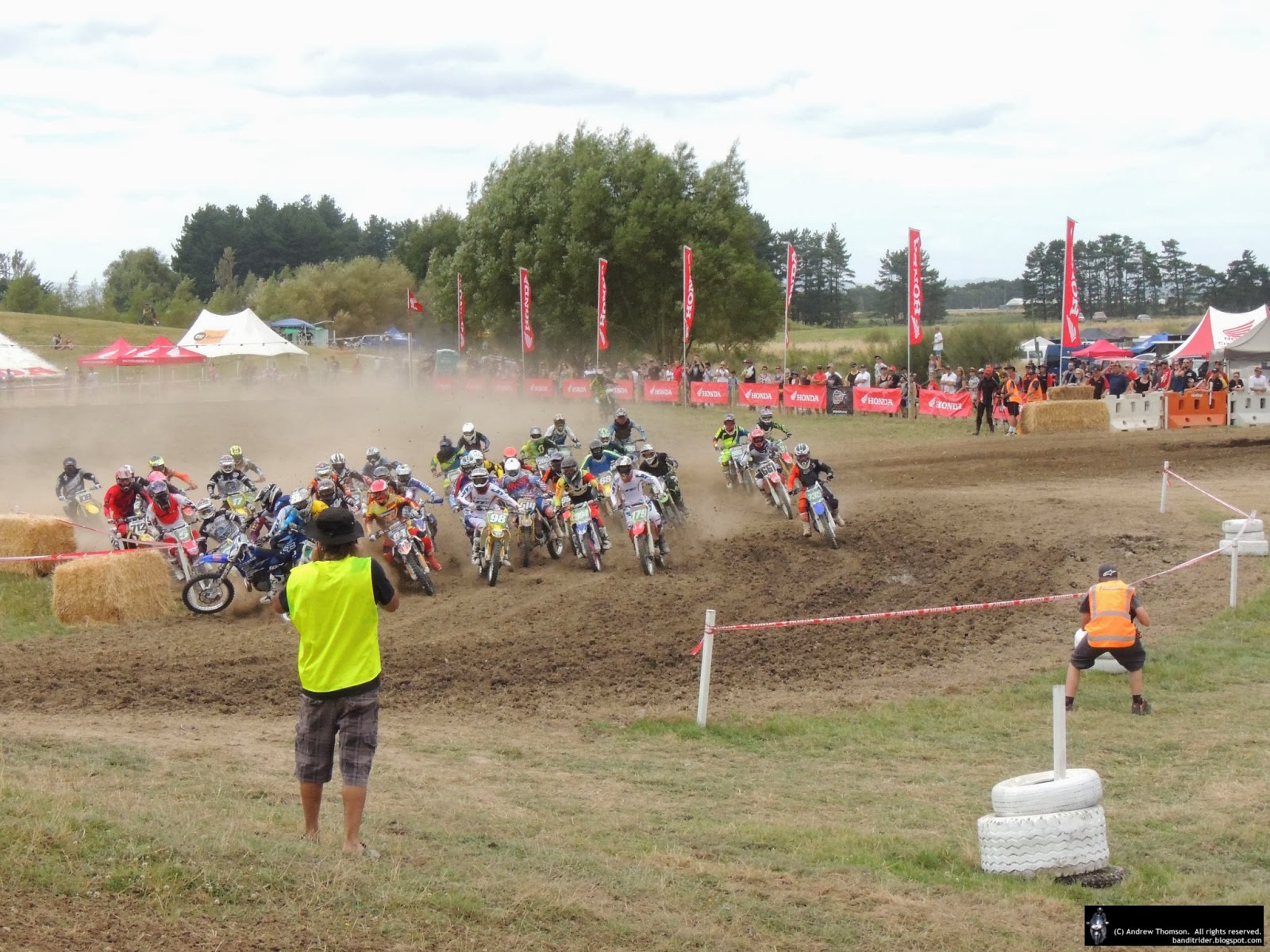 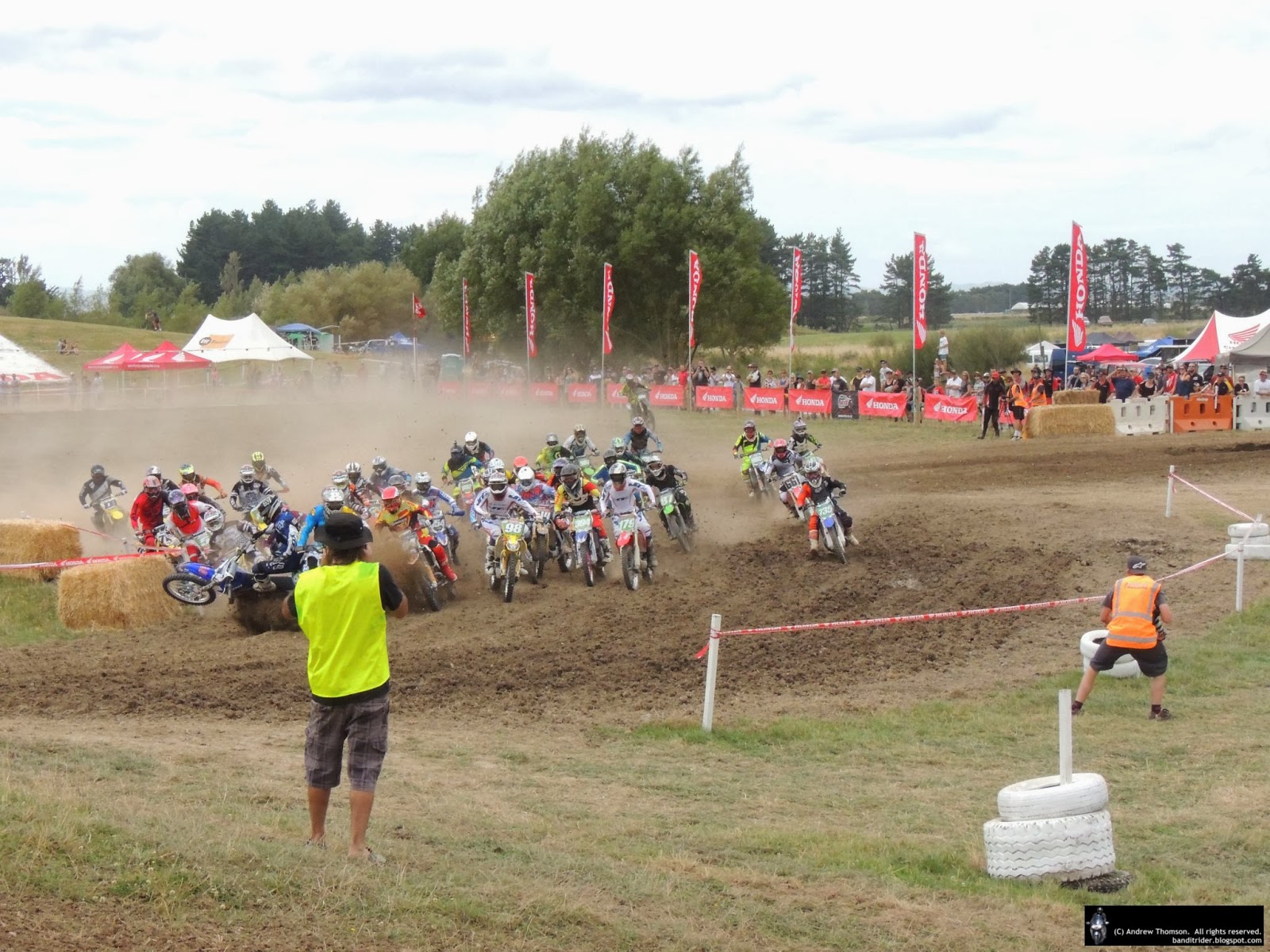 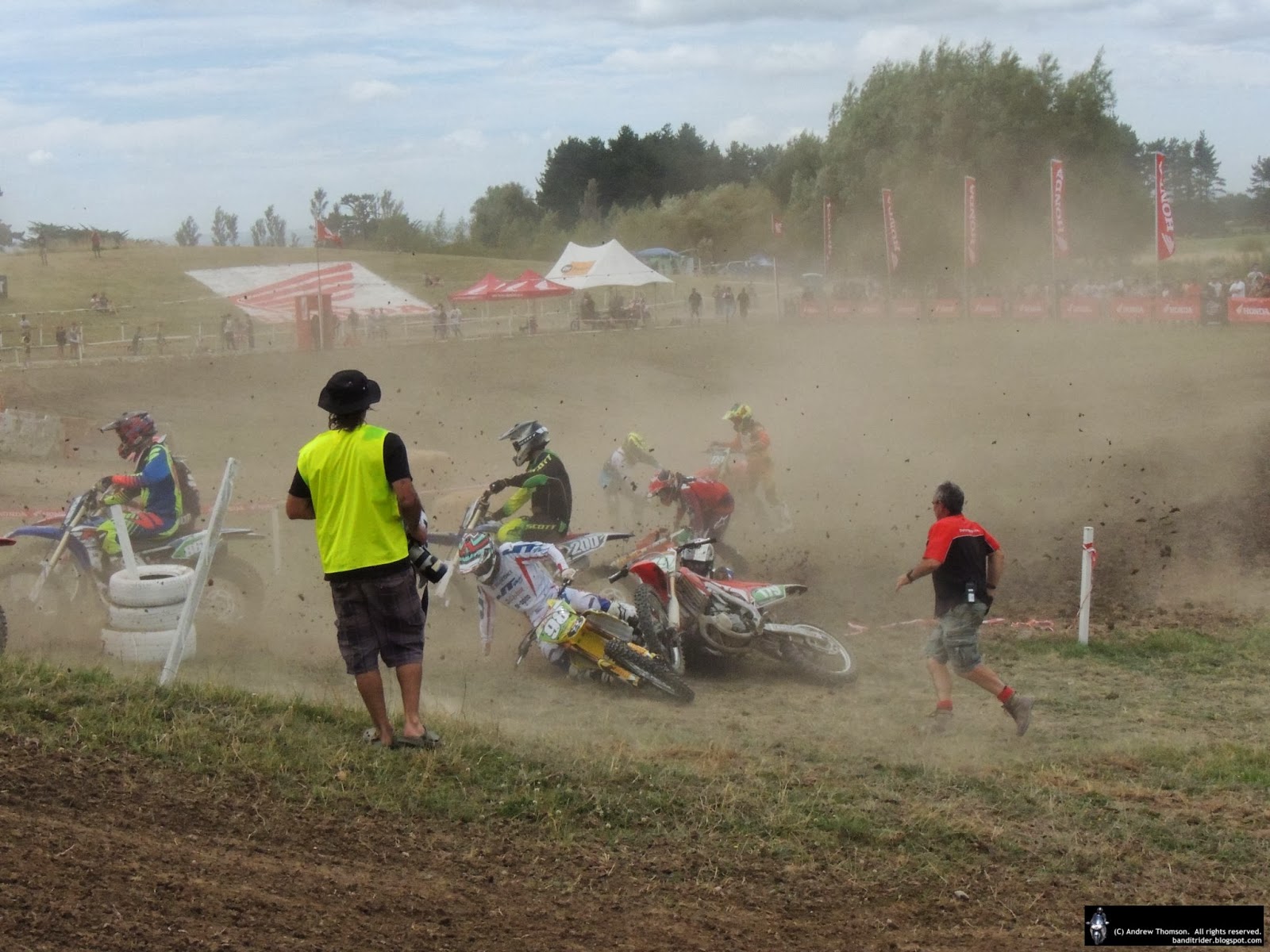 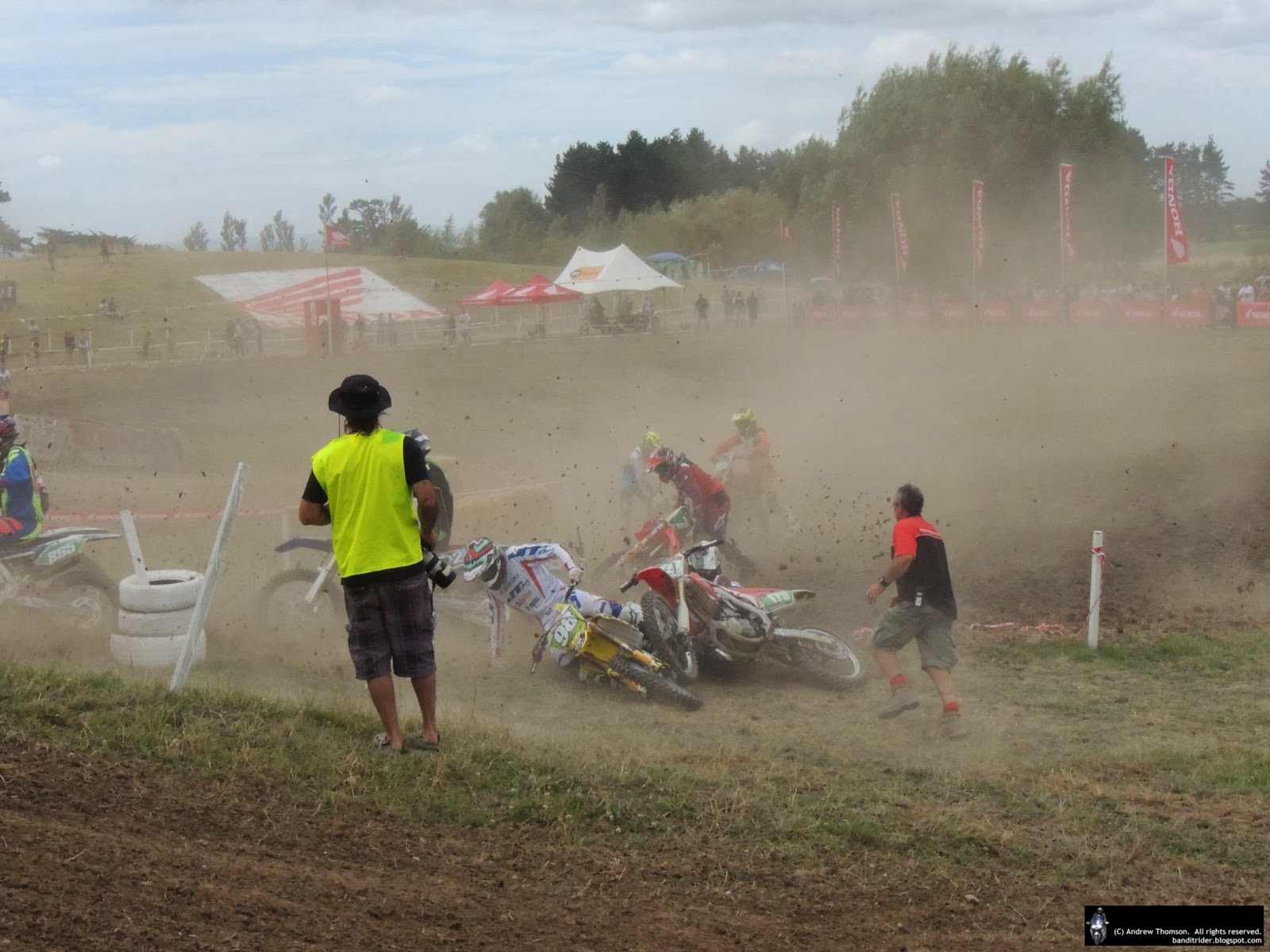 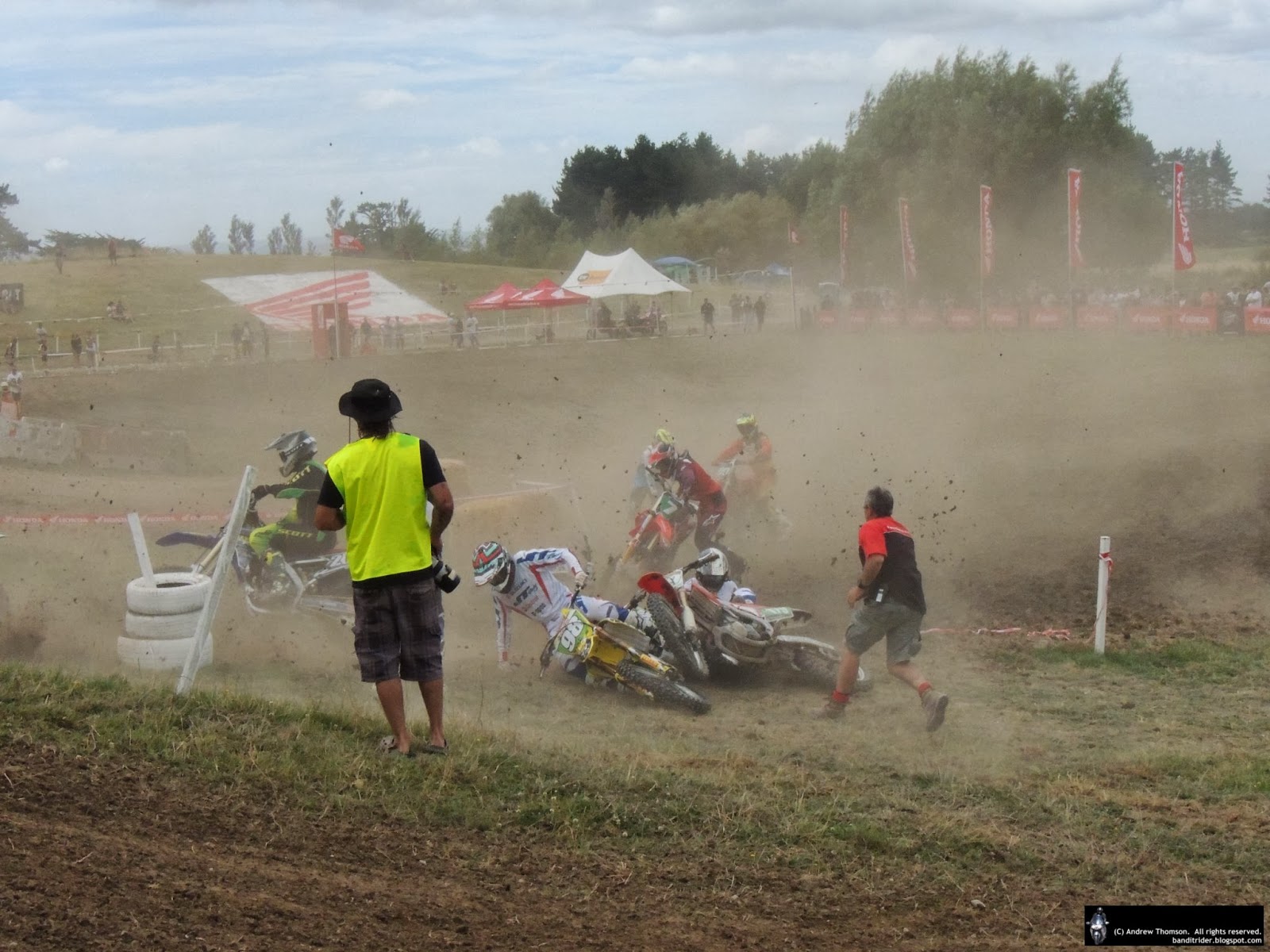 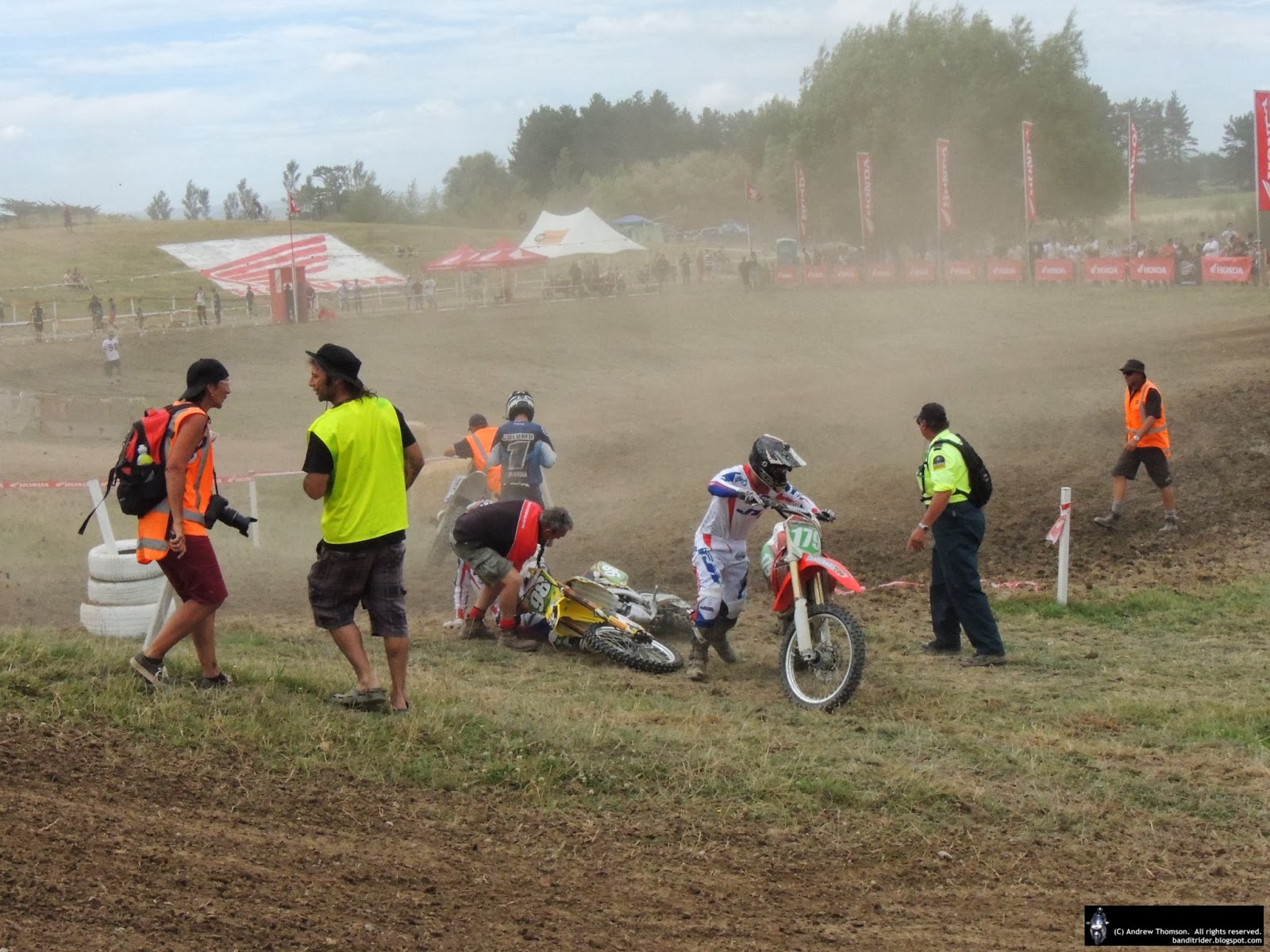 These guys were not that much slower than the MX1 guys either.  Great racing. 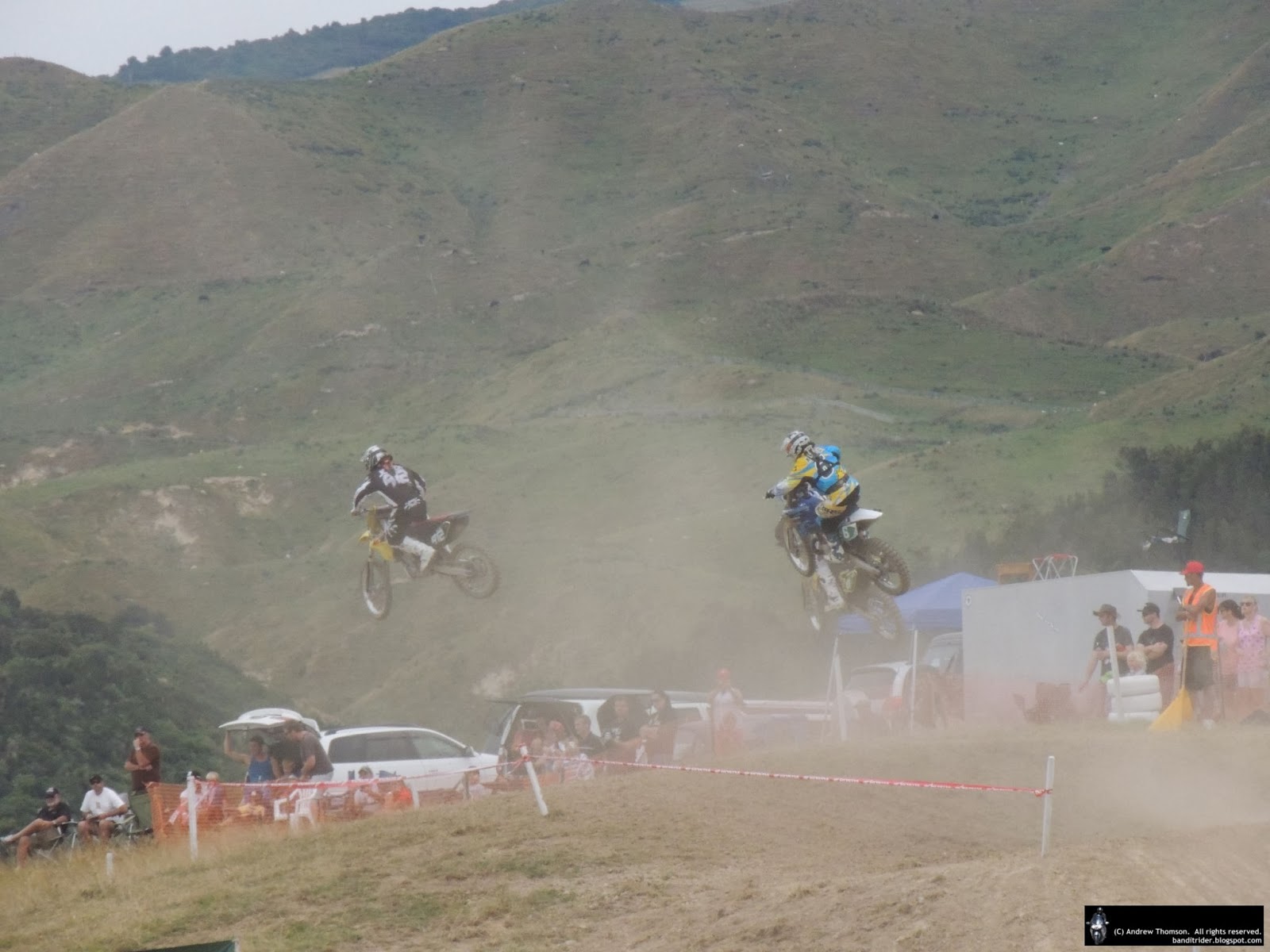 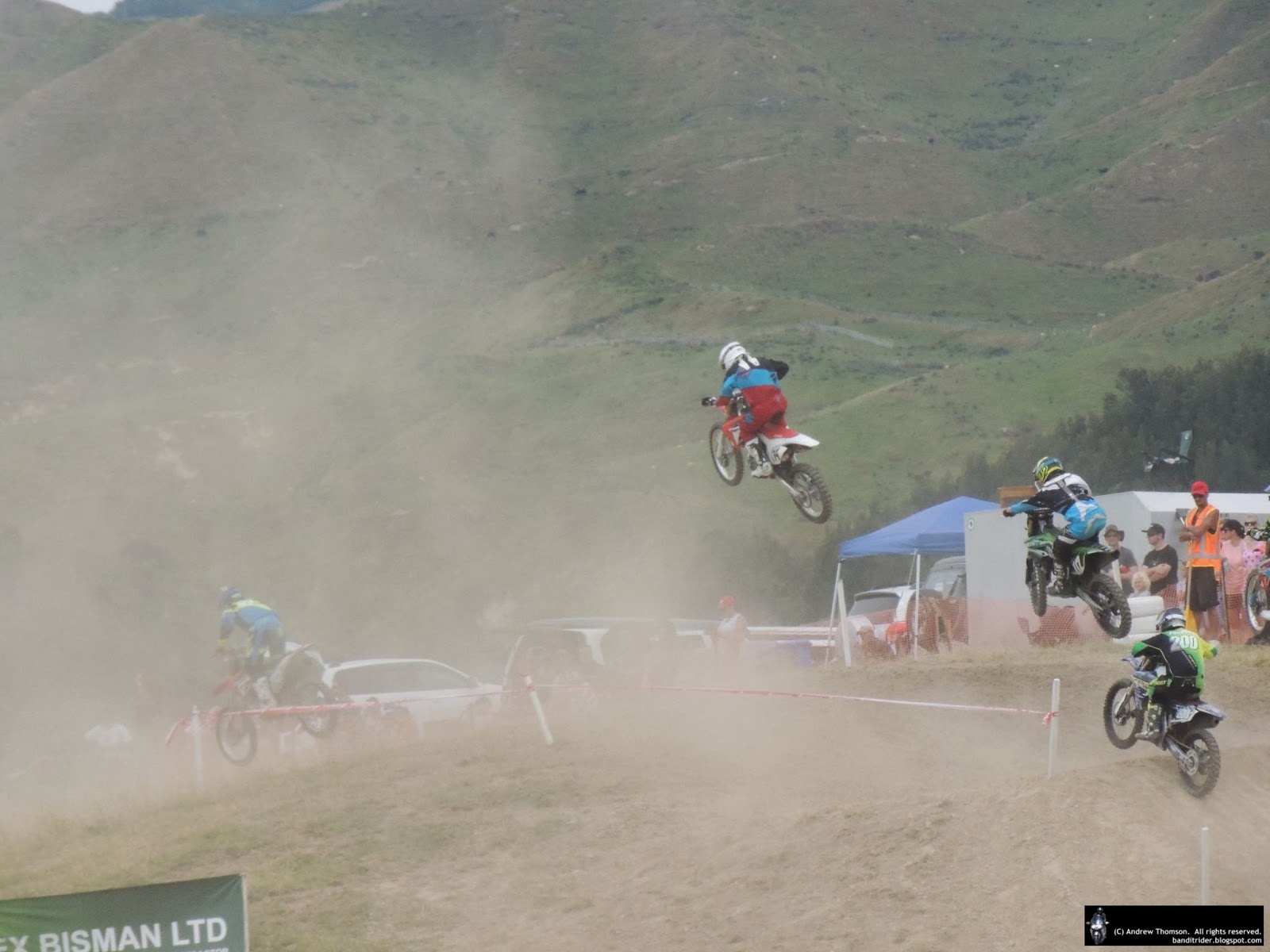 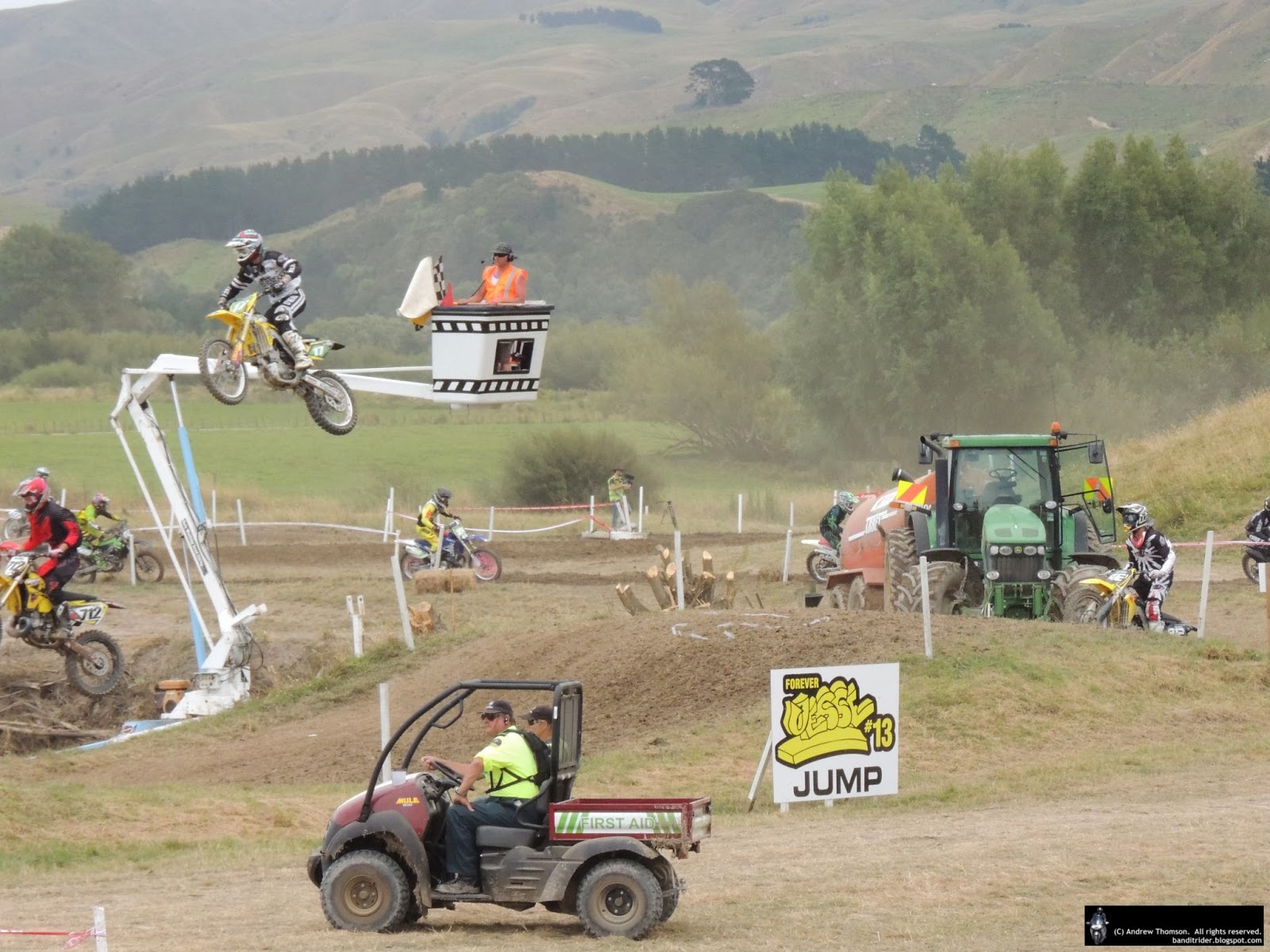 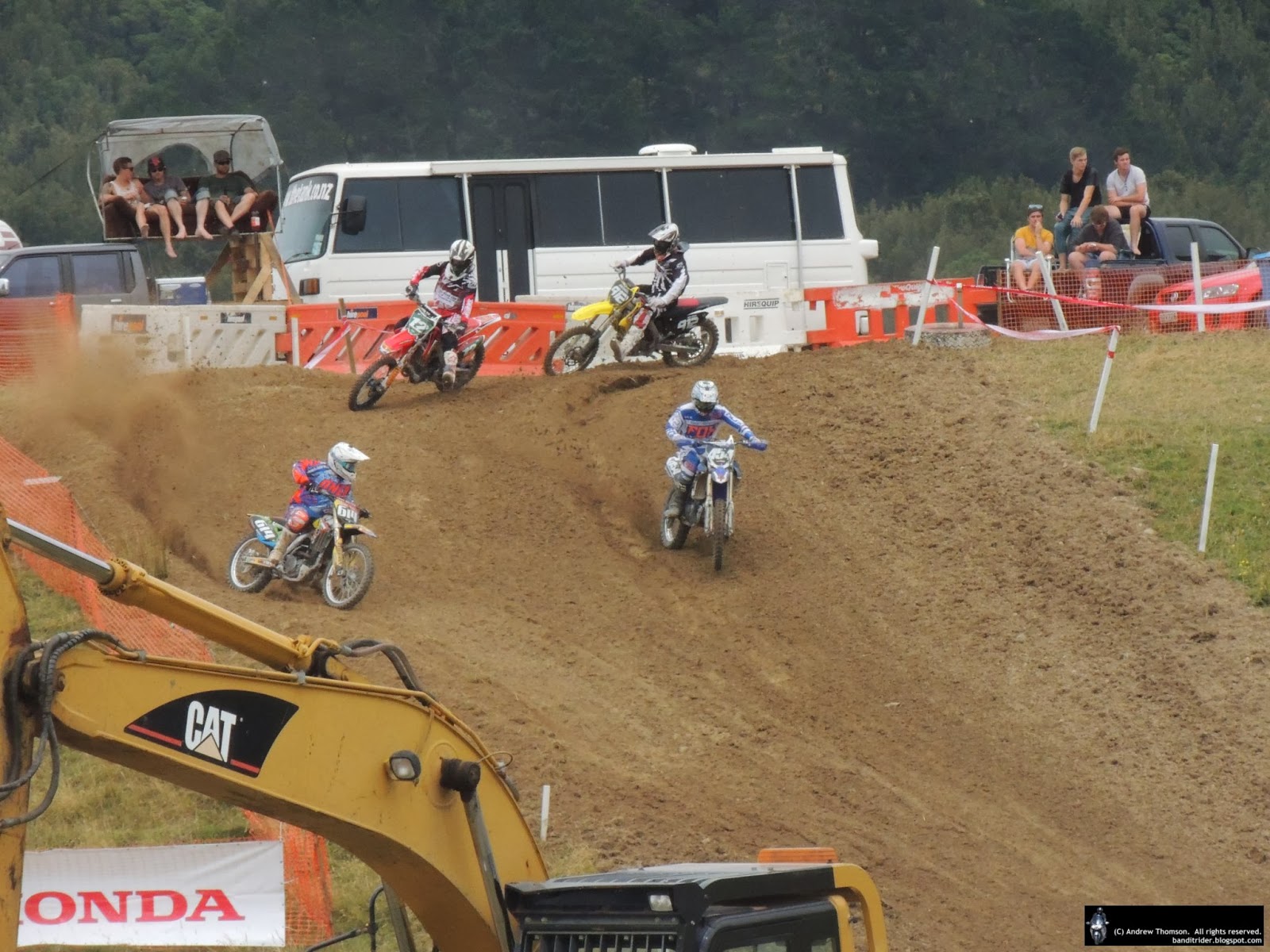 After a few more races it was time for one of the crowd favourites - the first of 2 river races where the course takes riders in and out of the river.  This is a great way to clean the dust off I 'spose but ya strides end up getting a bit wet.  An electric start is also quite handy.


I got quite a few good sequences here so put together this little slideshow too:


By the end of the river race I had chewed up one camera battery and pretty much had enough of the sun so decided to leave everyone to it before the weather changed.  I got just a few spits of rain on the way home but did arrive home to a Connie sitting on a flat tyre - bummer...

A heap-o-pics here.
Posted by Andrew Thomson at 3:14 pm