This afternoon it was the Connie's turn for a bit of an outing - all be it, not much of a leg stretch for her.

The weather was pretty good with little wind and a fairly mild temperature and I geared up and rode over to Feilding to see if I could encourage a BMW rider to join me.  No dice, so I carried on without him and started off out of Feilding.

Naturally I had the GoPro with me and naturally it decided to play up on me - I had intended to snap pics throughout the ride but only ended up with four shots from the very start of the ride.  So here you go, a little piece of Fielding: 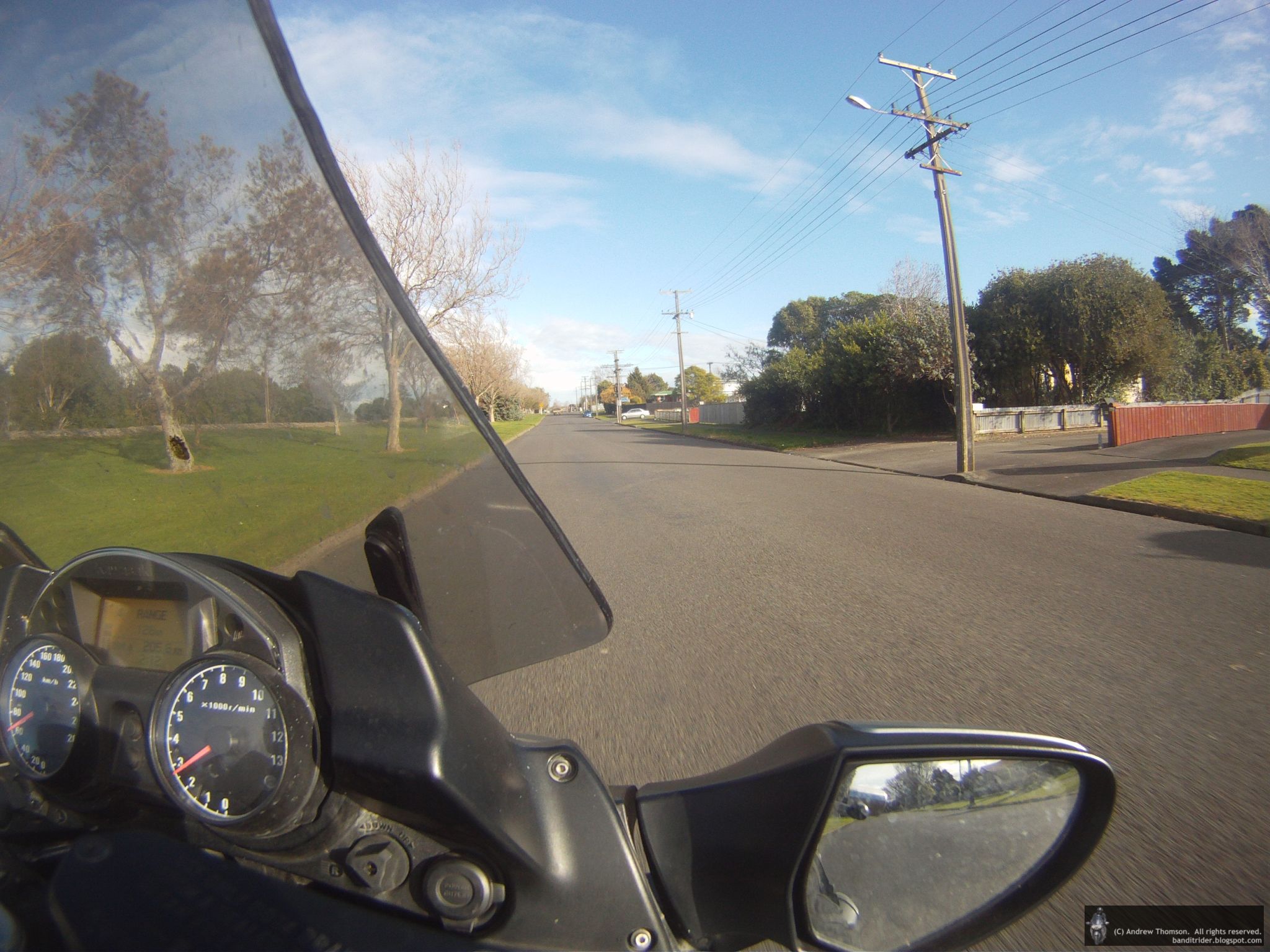 I hope you liked it, that's it for the rest of the post...

My little jaunt took me on out to Kimbolton where I then turned off to make for Apiti.  The road was in pretty good condition considering that we are in the middle of winter.  Usually there is crap all over the road in places and sometimes there is even grit laid on the road where ice can be a problem.  I only had to avoid the odd patch where farmers' tractors had flung mud off their tyres onto the road and some minor road works where slips had occurred.

The weather also stayed pretty nice and I got some nice views (but no pics) of the snow on the ranges.  As I was getting closer to Ashhurst I did end up in a small, light shower but it was pretty much over before it came to anything significant.  The road however was fairly wet all the way into Ashhurst so I must have just missed quite a dumping.

I arrived back in Palmy right on school finishing time so there was traffic all over the place and some really bad driving too.  I had one one pull out of a park and have a good go at me.  Luckily I was awake and managed to avoid her while giving her plenty of abuse via my Stebel...

After this little bit of excitement I managed to get home without getting in anymore scrapes and put my baby to bed.  Not the most exciting ride but it killed an hour and a half or so and brought up 106,000km on the odo.  And yep, I'm still looking forward to the next 100,000km!

Posted by Andrew Thomson at 8:35 pm