Yesterday was our monthly BRR Adventure ride and after the weather we had over Friday night and Saturday it was always going to be an interesting ride...

To say that we got a bit of rain is a slight understatement.  The entire lower North Island got hammered and in Palmy we experienced a fair bit flooding (other areas got even worse).  On Saturday I had to drive through some surface flooding to get across to my parents' house in Feilding and then on the way back got turned around by two roads that were flooded and blocked off.

This is a (poor) picture of the bridge over the Mangaone Stream very close to my house.  This one was taken early one morning with the stream running under normal conditions - you can just see the bridge in the picture. 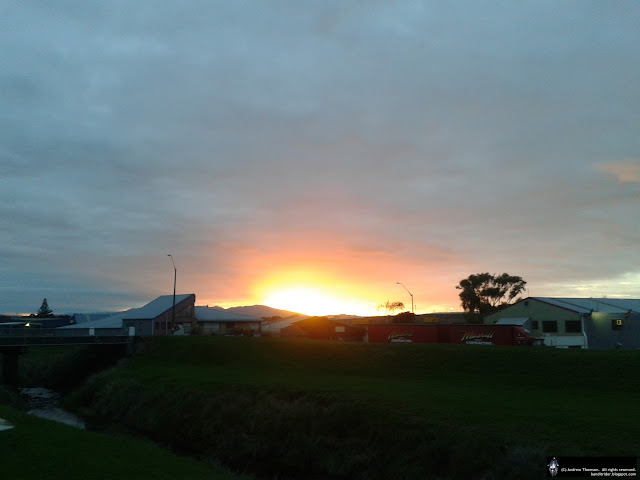 Here it is (with the Vee parked on the same bridge) at around 8am on Sunday morning after the level had dropped overnight by approx a metre (I looked at the marks the water had made in the grass to guestimate the 1m). 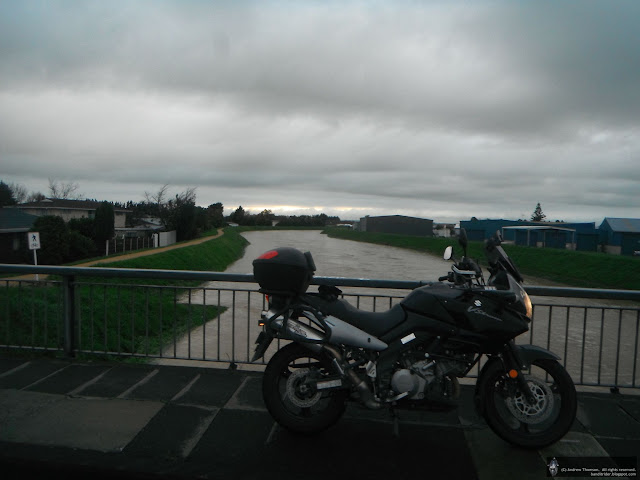 Anyway, with stories of closed roads, slips and flooding I simply couldn't miss the ride - it was going to be very interesting to see what sort of damage we came across.

I left home about 8am and rode into town to pick up some lunch.  While picking up my lunch it started to rain - a pathetic misty rain, not at all like the rain of the day before.

Cruising out to Ashhurst I saw plenty of flooding with plenty of water in the paddocks and some houses and vehicles that definitely had had water through them.  I also had my first bit of excitement when I had to ride through about a foot of water in one of the low sections of the road.

Meanwhile Colin L and Ross were making there way up SH1 to Palmy.  SH1 had been closed earlier with plenty of flooded sections but they got through ok and then attempted to try to go over the (closed) Pahiatua Track.  They managed to get around the fallen tree below (alternate route around it) but eventually were stopped by a little slip... 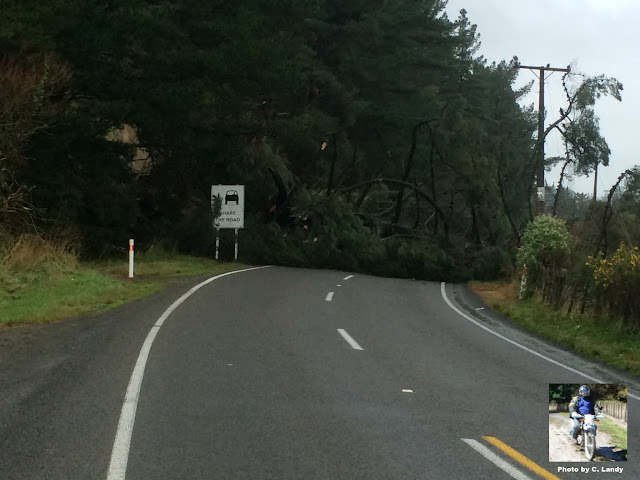 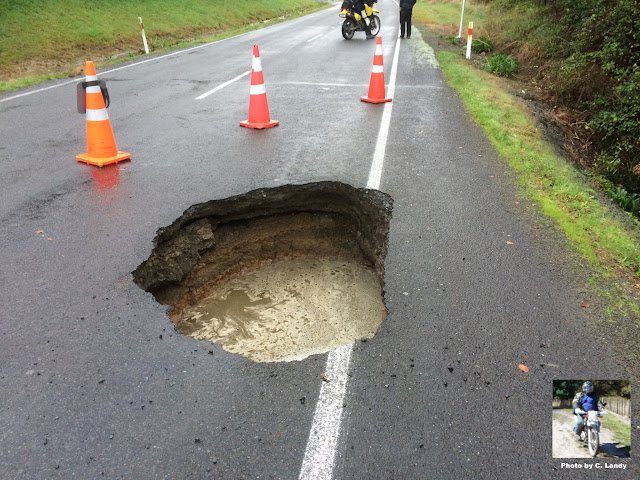 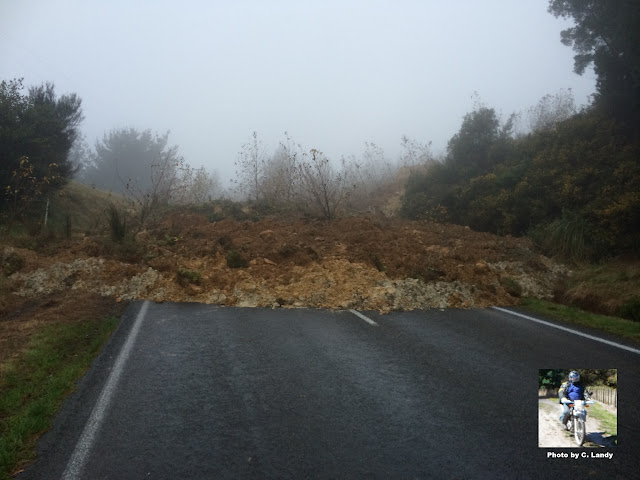 Here's the damage from above:


The Manawatu Gorge was also down due to slips so our only route over to Pahiatua was the Saddle.  The Saddle had actually got off lightly with few slips and just a fairly rough section of road works at the bottom of the hill on the Ashhurst side - no problems for Adventure bikes!

I had heard that the road from Woodville to Pahiatua had also been closed for a period due to flooding so wasn't quite sure what the ride into Pahiatua would be like.  It turned out that it was fine but of course there was plenty of signs of flooding in the paddocks by the road and the river was pumping.

Pulling into the garage I filled up the bike and grabbed something hot to eat and drink - it was fairly chilly out.  Pretty soon the rest of the guys (the brave 8) showed up and the garage did a good trade in hot coffees while we caught up about our interesting rides in.

I think that's enough excitement for Part One eh?
Posted by Andrew Thomson at 8:21 pm