Crikey!  What a hot day today!

But, it was New Year's Day and that normally involves a ride.  I hadn't any major plans on where I wanted to ride so I checked in on the Tagorama page and spotted Phil's tag in Rangiwahia and decided that a trip around the Pohangina Valley was in order.

After a quick stop in Ashhurst to check in with Meanie, I carried on out around the Pohangina Valley East Road.  There was a bit of traffic on the road but it was in good condition so I managed to keep the old average speed up quite nicely.

Nearing Apiti my intercom ran out of juice (no charging following by ride the other day) so I had to do the rest of the ride without music.  After some more good back roads I finally arrived in Rangiwahia to nab the tag. 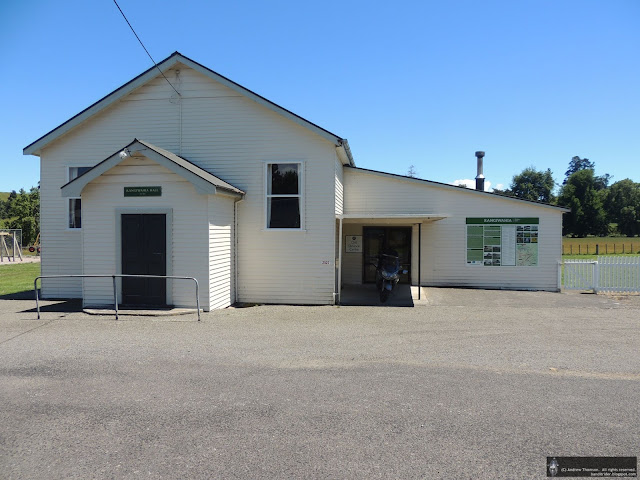 Now it was time to head back home via Kimbolton, Cheltenham and perhaps even Fielding and to find a new tag for the game.  Eventually I spotted an opportunity somewhere along the way...

Anyway, after about awww, maybe 170km, I ended up at home in a hot sweaty mess but having given the Connie her first run of the New Year.  Looking forward to many more...

Posted by Andrew Thomson at 6:35 pm