Yesterday was round two of the Suzuki summer racing series, run at Manfield just a week after round one in Taupo.  It was a pearler of a day and a good opportunity to imitate Chillertek with my not as flash camera... 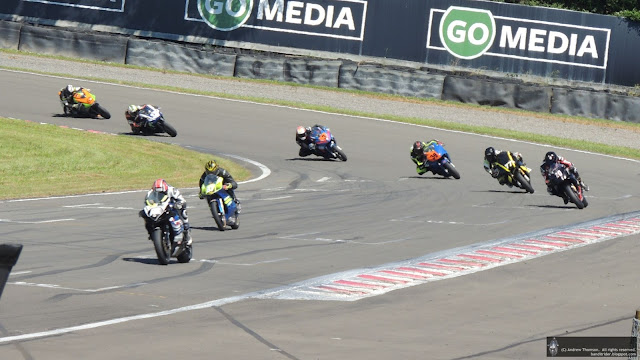 I'm definitely no expert at photography but I do love getting the chance to have a bash and try and get some cool action shots. 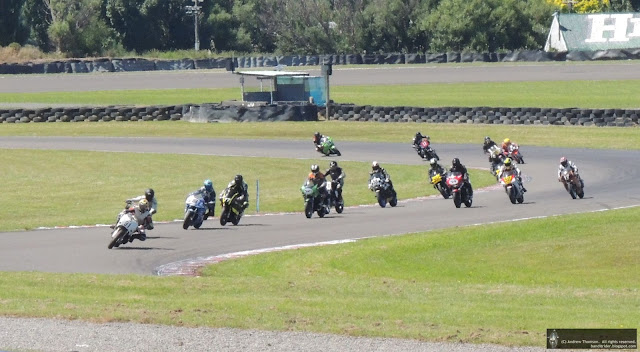 Dad and I rocked up just after ten as the action was getting underway and we got to see some really good racing in quite a few classes. 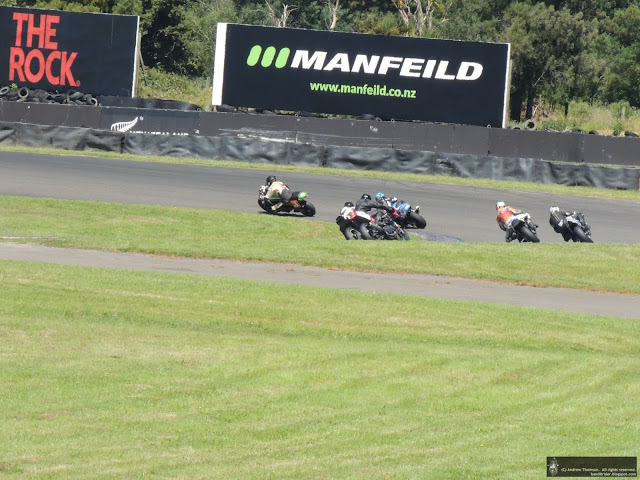 It's always good to see the top F1 bikes but there was some fantastic racing with plenty of fairing bashing in the F2, pre-89 post classics and even the Suzuki cup (150's) racing.

One of the highlights was to see Avalon Biddle out showing the guys how to ride.

In race 1 Avalon managed to sneak to the front but then the race was stopped by an accident.

This let Damon Rees through for win number 3 in the series.  In the second race Avalon got an awesome start and took the lead straight away.

But unfortunately, after leading for just over half the race, she lost the front in the first corner and took a trip into rough stuff.  Luckily, no injuries, but she probably has no chance of catching Rees at the last round in Whanganui.

Back to some of the other stuff.  How about the Suzuki cup racing - pretty tough when everyone on the same bike!  Obviously this lot still have some learning to do so there were some exciting lines getting taken and positions were swapped around a lot.

Plenty of Brapping from the 'tards: 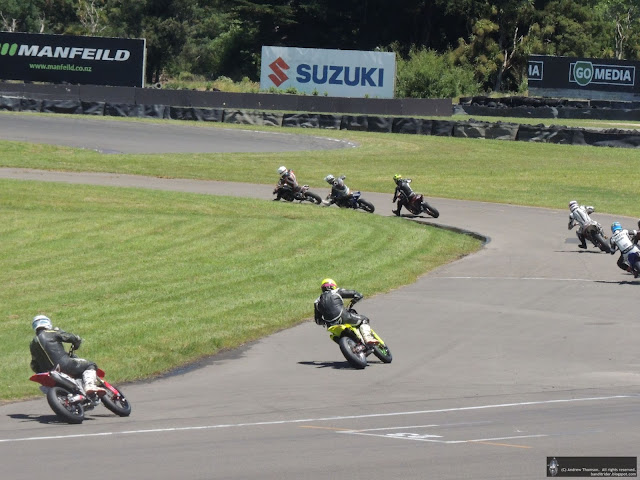 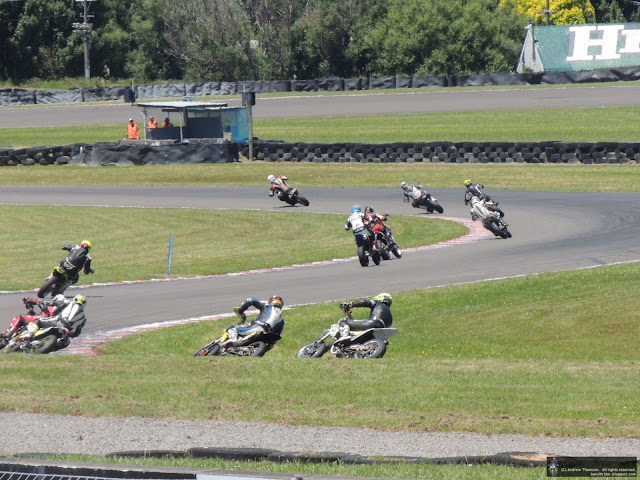 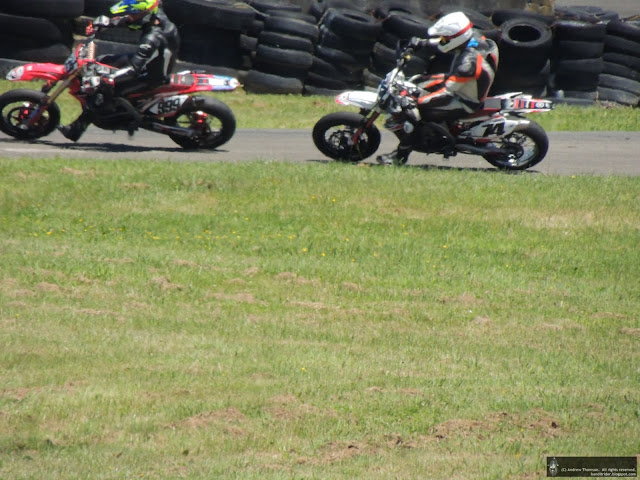 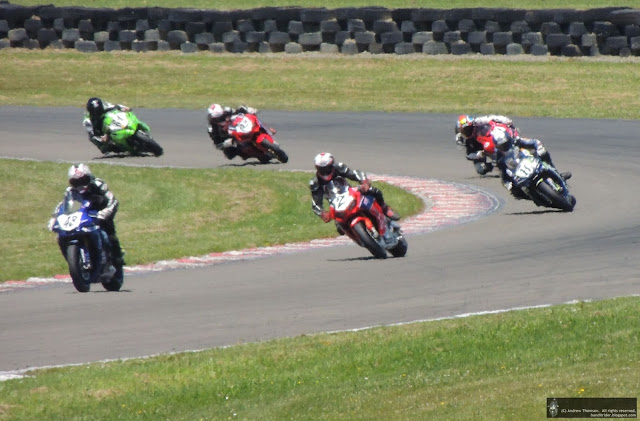 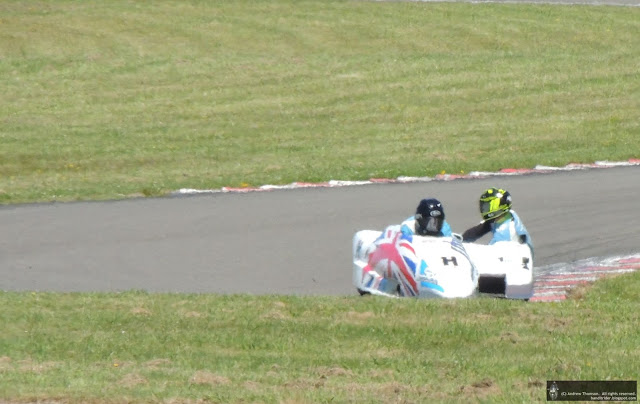 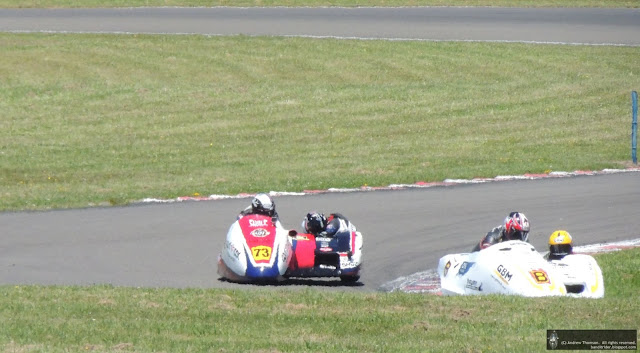 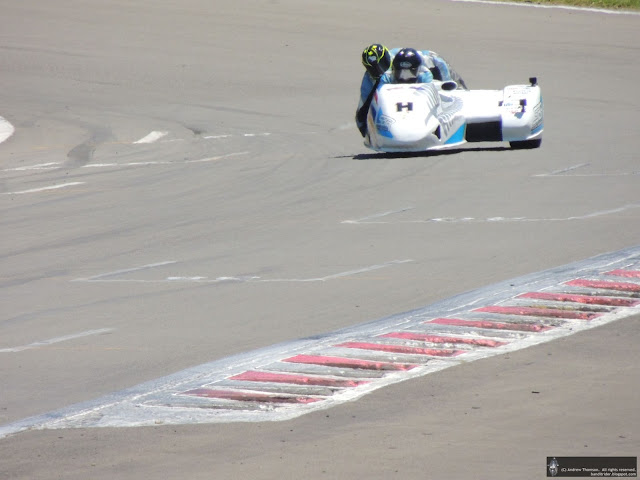 More pics here.  But how about one more of Avalon :) 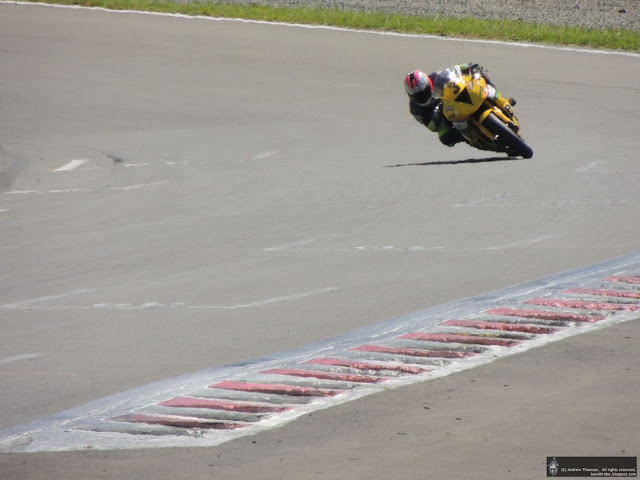 Next round is at the Cemetery circuit on Boxing day...
Posted by Andrew Thomson at 7:26 pm

Email ThisBlogThis!Share to TwitterShare to FacebookShare to Pinterest
Labels: Motorsport