Top of the South Adventure - Day 3

I had another big day planned for Thursday - this time over the hill in Golden Bay exploring more little back roads.  So the ride started off with a quiet pootle over to Motueka for fuel before tackling the mighty Takaka Hill - sometimes its very nice when your adventure bike comes with a 1,000cc V-twin...

In Takaka I turned to East and made my way through Pohara on then took the badly storm damaged Able Tasman drive through to Totaranui. 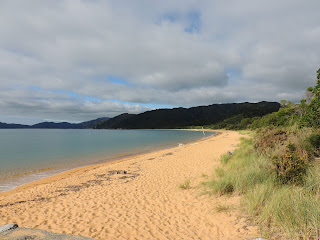 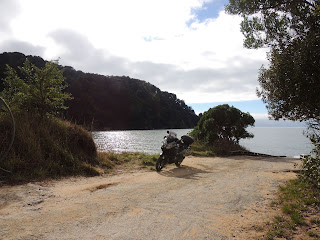 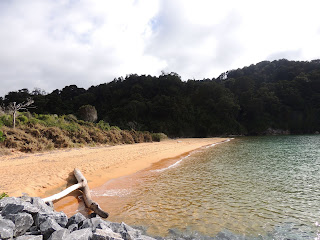 After a wee wander around and cruising up and down the only road it was time to retrace my steps back to Takaka and then head further on up the road to Collingwood to top off the tank and get some snacks.

From Collingwood I carried on further North until I got to Pakawau where I turned off to begin a proper adventure.  Pakawau Bush Road pretty quickly turns to gravel and then according to GoogleMaps it turns into Dry Road.  Dry road gets very interesting (and not just because of the recently graded roads), it takes you into an area called Westhaven and riding through here you have to cross a number of causeways - zoom in on the below map to see:

Here's a few pics I took on the way back out: 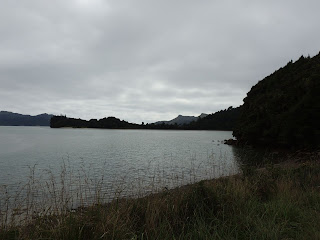 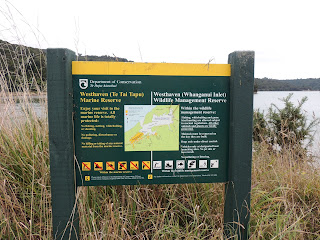 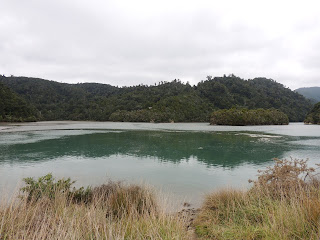 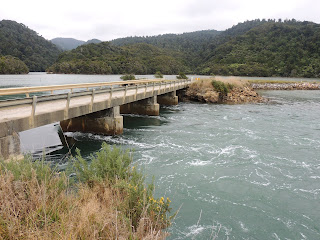 Eventually I caught up to the grader (what is it with this trip and graders?) and the road got better with some nice fast gravel that the DL seemed to enjoy immensely.  And then I came up against this: 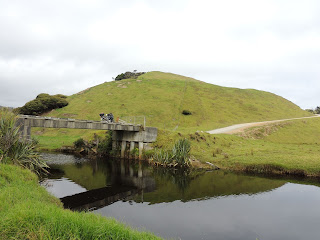 It was easily negotiated and after letting some guys through on quads I was on my way again.  I ended up passing the quads and eventually came across another little obstacle.

After bravely crossing a very small part of the river (see below) I baulked at crossing the main flow - it was probably more than possible on the DL but being on my own I decided that dropping the bike in the middle of a river would not be a good idea. 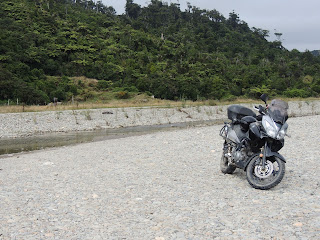 The quads caught up to me and had no such qualms: 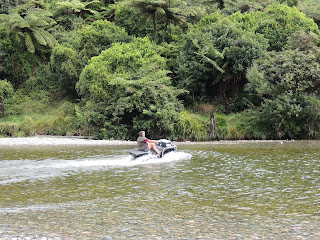 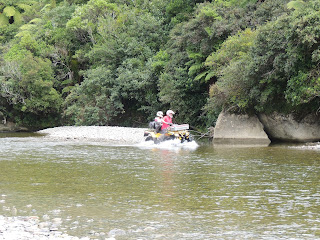 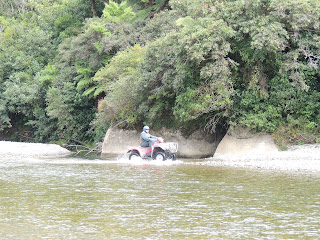 Maybe next time I'll be there with a bunch of others and will be able to explore further South but I had to settle with a few more pics and then turning back for the return trip. 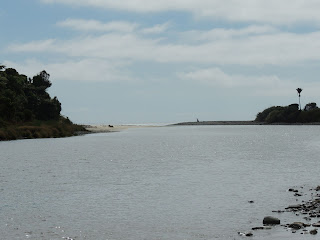 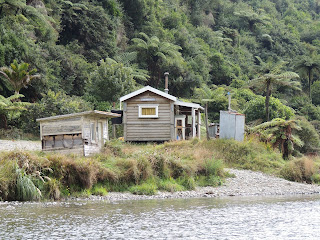 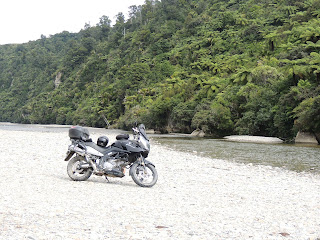 On the way back I decided to turn the GoPro on again and also to stop and take a few more pics: 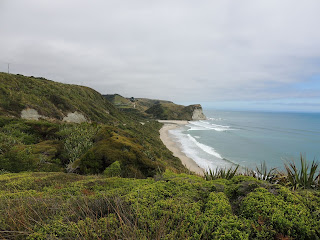 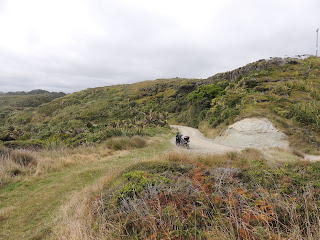 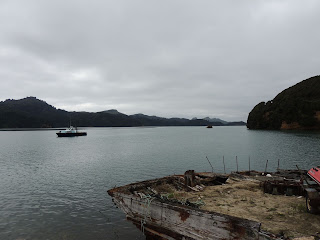 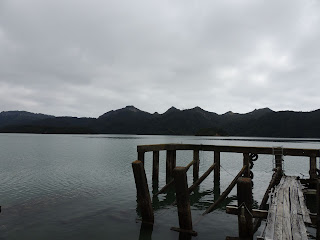 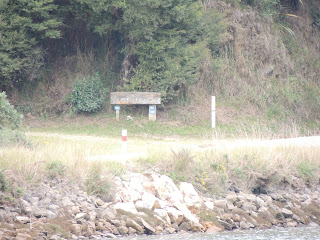 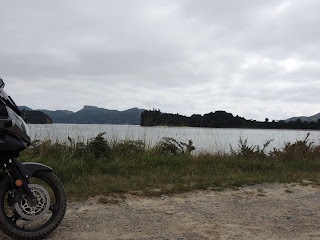 After more good riding and another close shave with a grader I was finally back out on the main road where I turned back towards Takaka and my last little side trip.

This side trip was to visit a check point from a previous TT2000 - one that we chose to avoid then - the Cobb Dam.  This meant taking Cobb Valley Road which follows the Takaka River upstream to the dam and while the scenery is pretty spectacular, the road is very narrow - check out the video of my return trip below. 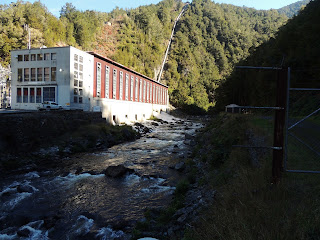 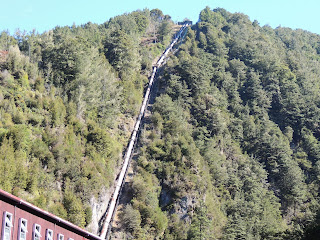 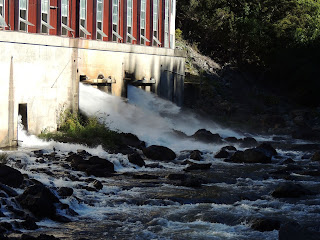 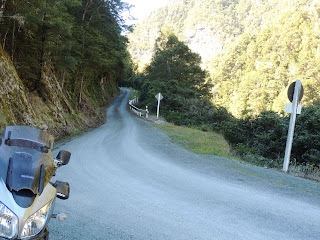 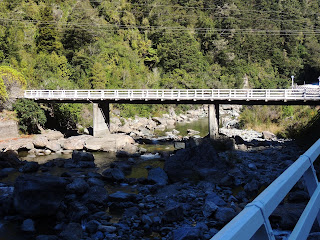 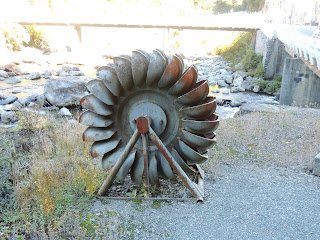 Back out at the road it was finally time to turn and head back to base for the night, but first of course, Takaka Hill needed to be dispatched once again - bummer!  I have some video of this so I may upload this once I have checked that it is postable...

Another fine day's touring (approx 420km) done and dusted!  The map below is from my GPS track as GoogleMaps could not plot the route out to Cobb Dam - strange as it knew where the damn was and the road is even sealed!

Posted by Andrew Thomson at 8:09 pm