Top of the South Adventure - Day 4

With Friday being a public holiday the girls were off school and Dan had put down his hammer so the DL got to have a rest and Dan's boat got wet.

After launching at a very popular busy boat ramp we slowly made our way out the harbour. 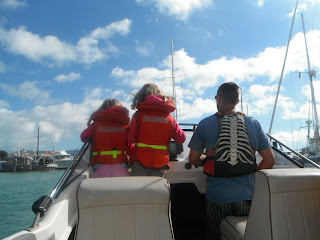 And then got to let some ponies loose 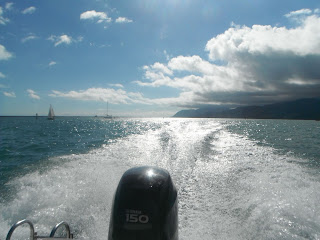 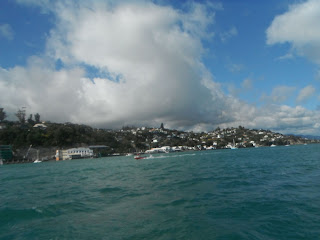 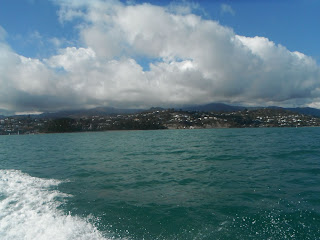 After a bit of stooging around it was time to get a bit more serious and try for a fish.  We parked up with another group of boats and sat around for a while waggling some baits in the water but unfortunately to no avail.  But we had a nice picnic lunch packed so it was time to find somewhere to enjoy it. 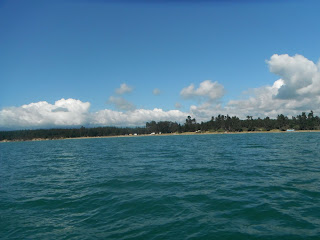 And entered the estuary between Rabbit Island and Mapua: 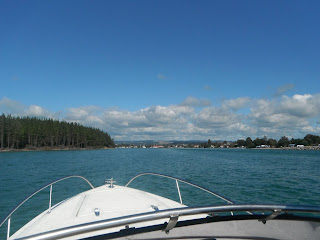 And then we found The Spot.

After unloading supplies and passengers the boat was anchored and the picnic was set-up. 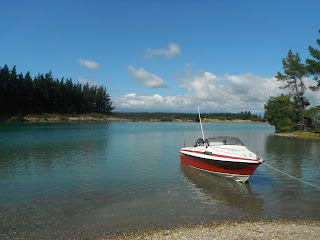 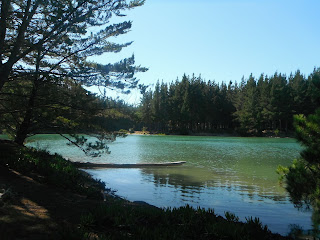 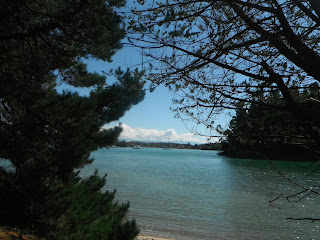 With full bellies we then spent a fair bit of time relaxing and exploring the island. 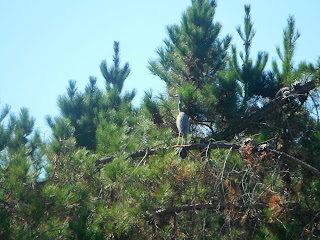 There was even someones old dugout canoe that was worth investigating. 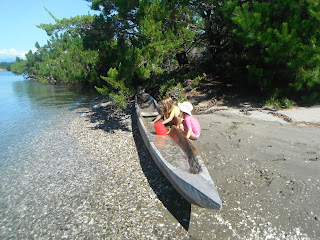 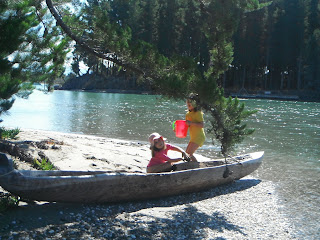 As the tide was going out and water surrounding the island getting shallower we had to eventually get while the getting was good otherwise we'd be stuck on our deserted isle for a bit longer than we wanted.  The boat was loaded and pushed out into deeper water and we made our way out into the estuary.

After a few doughnuts in the boat we headed back out to sea.  Exiting the estuary the wind and tide had produced a few good waves and the girls enjoyed bouncing our way through them.  Eventually we got onto calmer seas and made our way back to harbour.

An icecream on the way back to base topped off a great day out in the boat with family!

Posted by Andrew Thomson at 8:08 pm

Email ThisBlogThis!Share to TwitterShare to FacebookShare to Pinterest
Labels: Off Topic, Pictures