The poor old Connie has been a bit neglected lately but with a nice day put on today it was time to get her out and give her some exercise.  Earlier in the week the tag had been moved from Makuri to Apiti so it looked like a trip around the loop was on the cards.

After a quick bite in Ashhurst I was soon onto the familiar Pohangina Valley East Road for the trip around the valley to Apiti.  As always it was a great little ride and the autumn colours were very nice.  I should have had the GoPro onboard taking snaps - there were some nice views out across the valley too.

Arriving in Apiti I spotted two familiar bikes but rudely pulled up short of them so I could nab the tag picture.

The two other bikers were Mr & Mrs H from Wellington so I wandered over and caught up with them for a while before we all saddled up to go our separate ways.  I got away just before them and as I was riding along had an idea:

It wasn't a bad spot to park either. 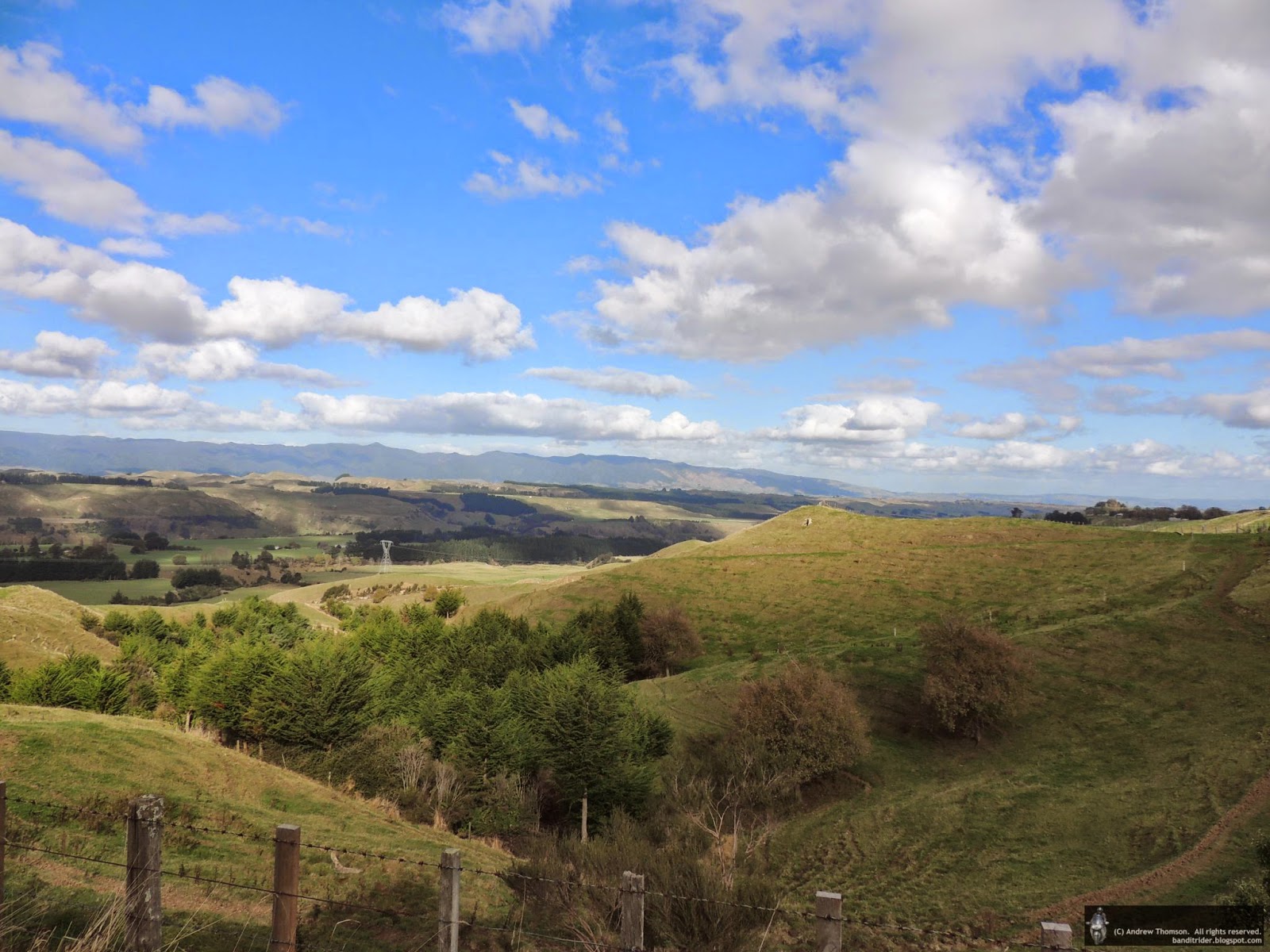 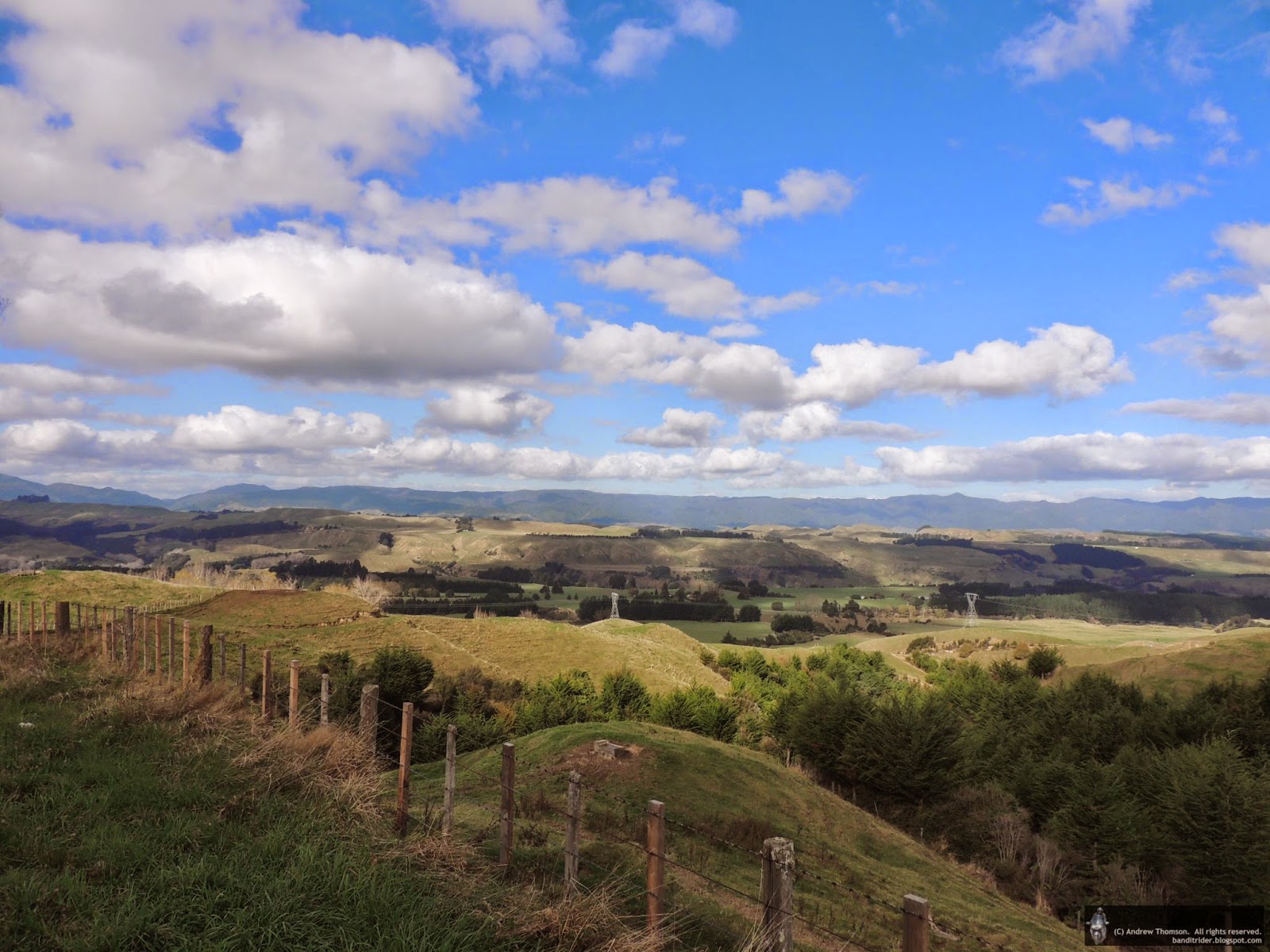 Now I'd better be a bit careful in explaining the next bit of the ride so I don't give away the new tag's position.  Suffice it to say, getting to the tag involved more great riding on fabulously winding back roads. 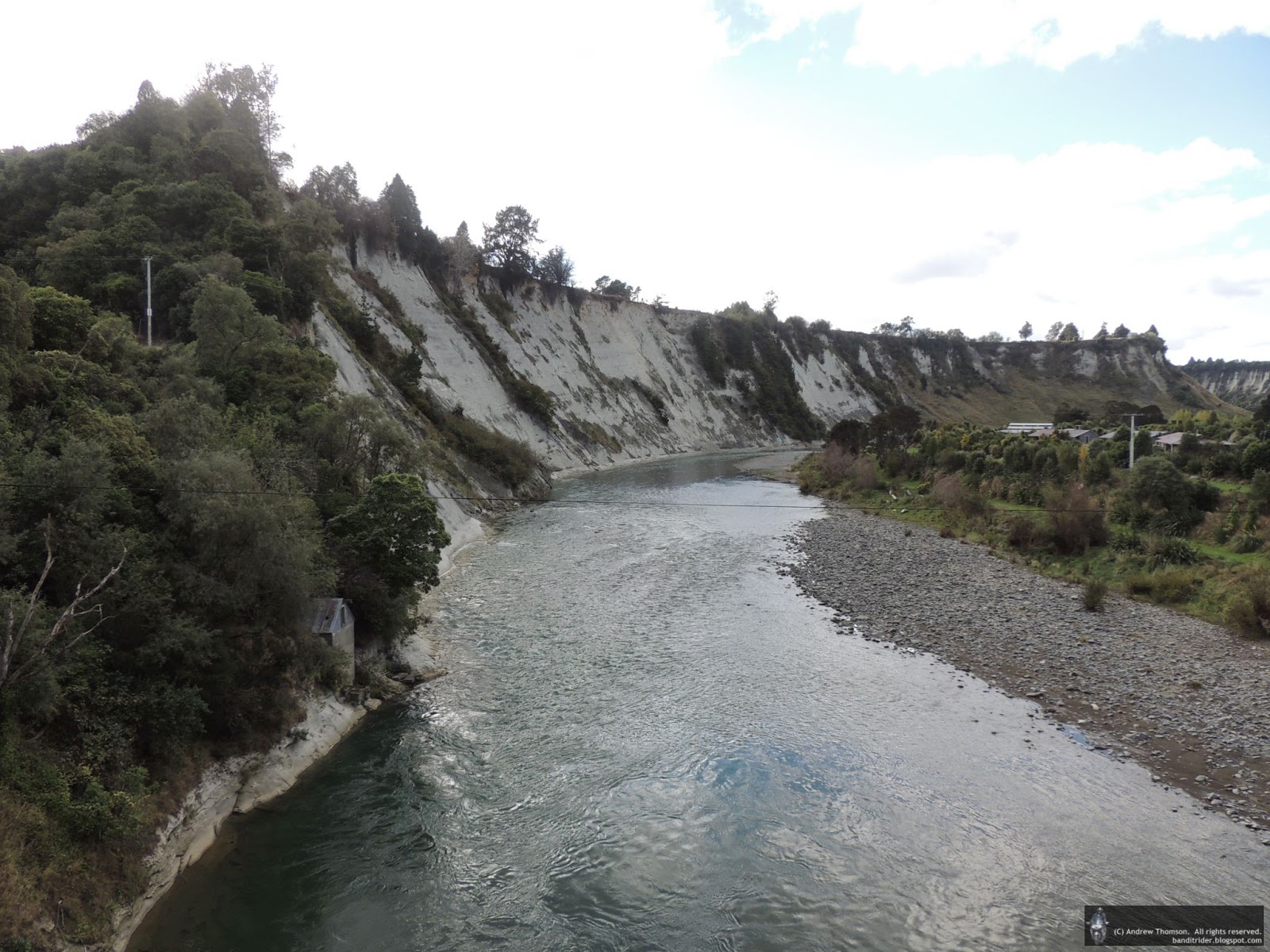 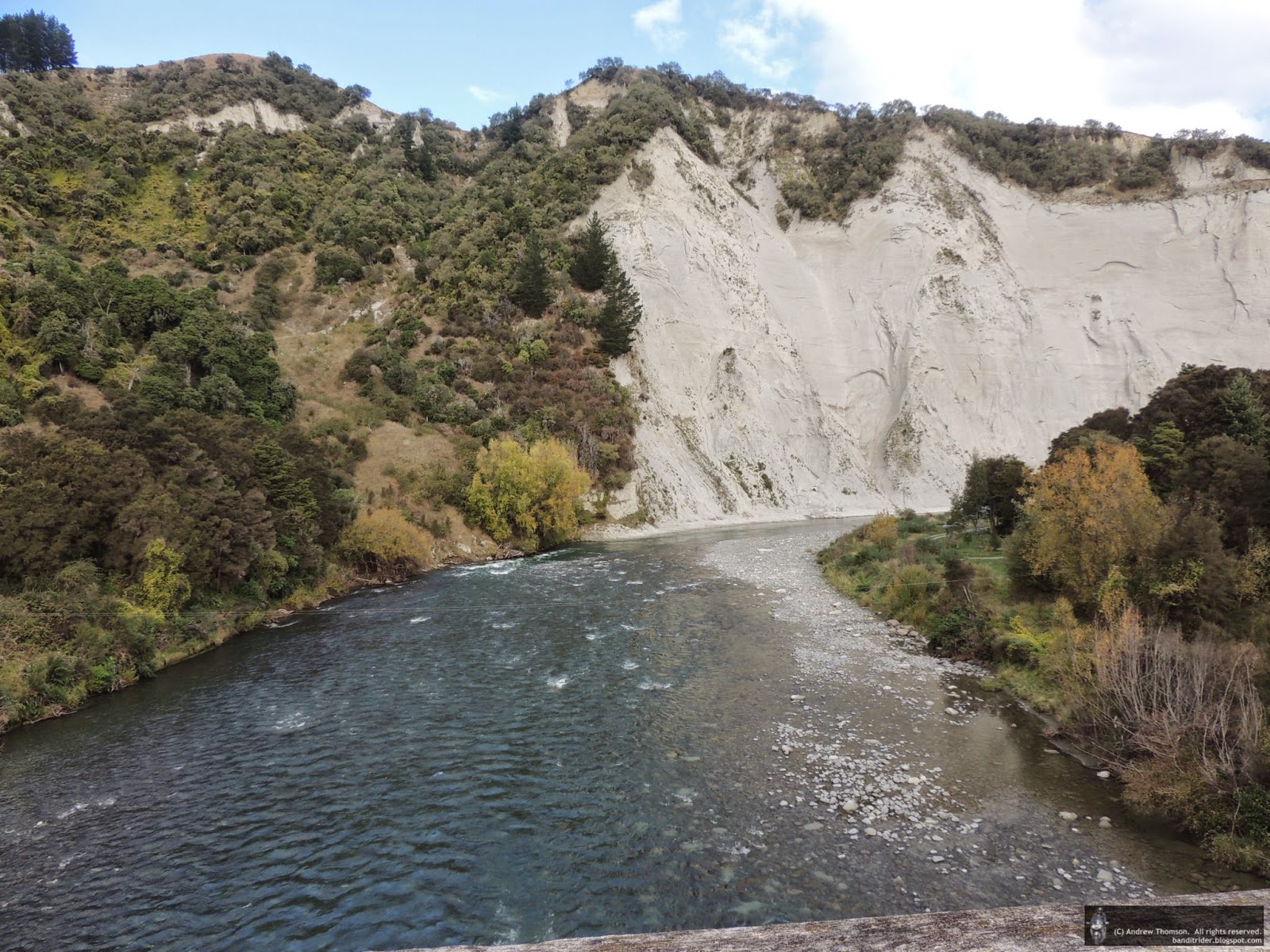 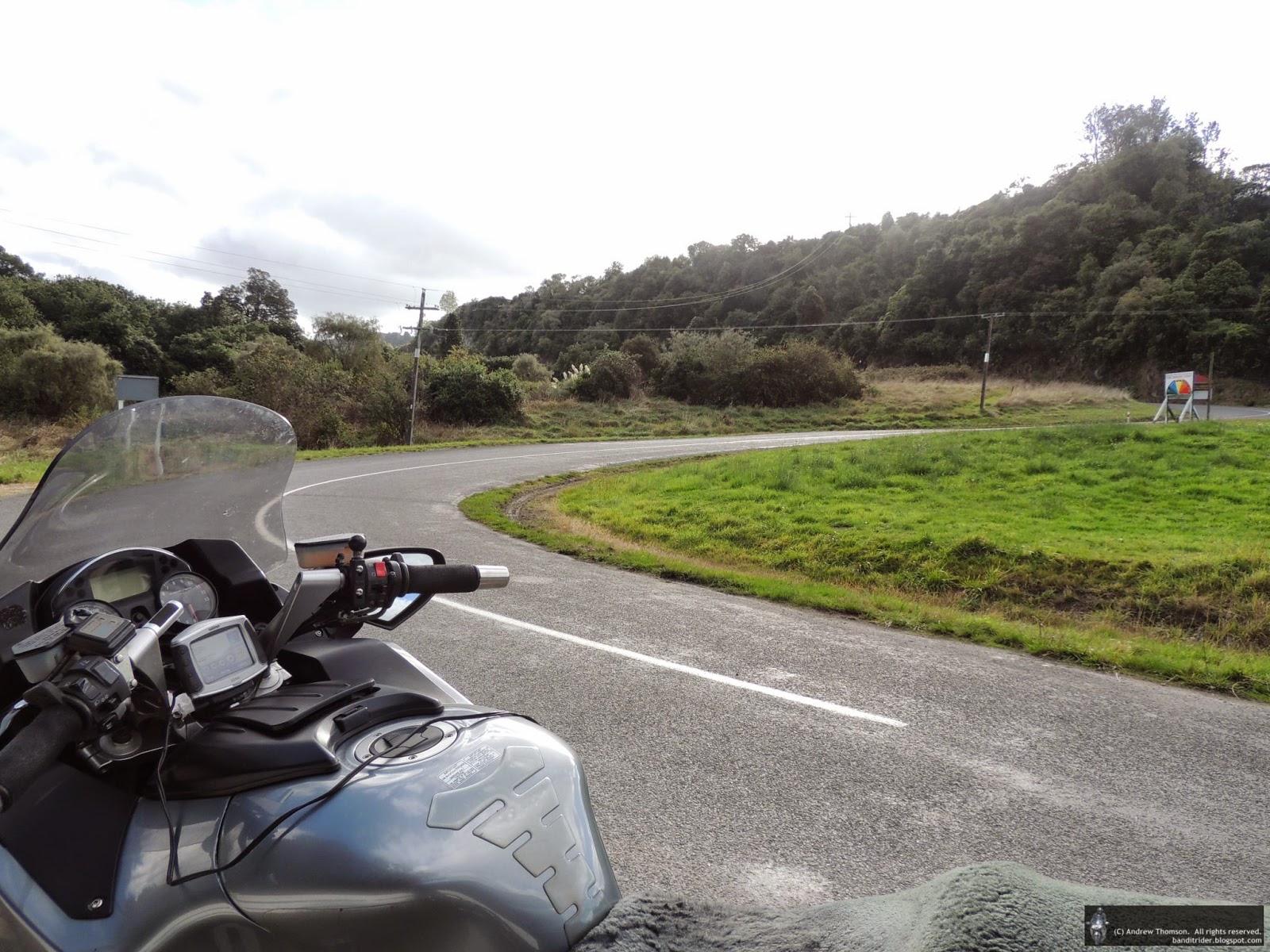 From the secret tag location I made my home via a bit of dangerously boring main road before once again diving off onto some more interesting back roads (some may have even been the same ones I took earlier) for the short squirt home.  A nice little ride of oh, about 240km...