This morning I had a call from Neil who was escorting Colin back home from a trip up to Auckland.  They were coming down the Para's to Wanganui and Neil wondered if I wanted to join him for a squirt up the Wanganui River road which he had heard had been sealed all the way through.  Funnily enough this tweaked my interest as it is a great ride through some fantastic country and last time I had done it was on the DL with the Back Road Riders - this time could be the Connie's first trip through to Raetihi.

After walking the dog (who was then most disappointed to see the bike being wheeled out of the shed) I saddled up and made my way over to Wanganui.  I had left a bit later than planned as I was trying to find the GoPro housing but failing miserably.  This meant that I ended up taking the direct route so had to behave myself with plenty of traffic on the road and the fuzz out in force this weekend.

In the end I pulled into the gas station at Wanganui just a few minutes ahead of Neil.  We gassed up the bikes and then ventured to the cafe across the road for an early lunch before our squirt up the river.

On the road and turning of onto the river road we had our first surprise in that there had been a bit of logging done since last time with a lot of the pines being taken out on the first little climb to the below rest area. 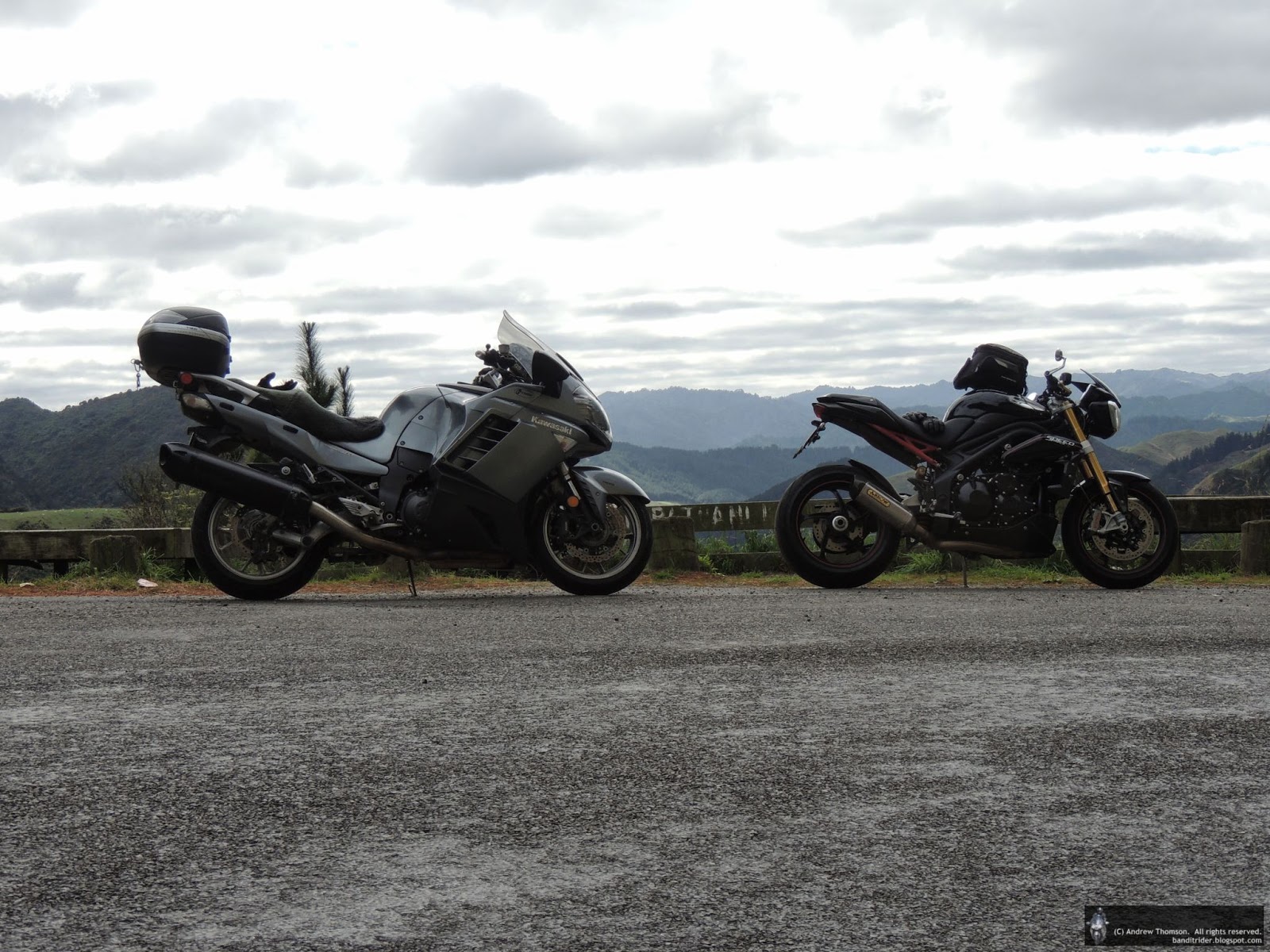 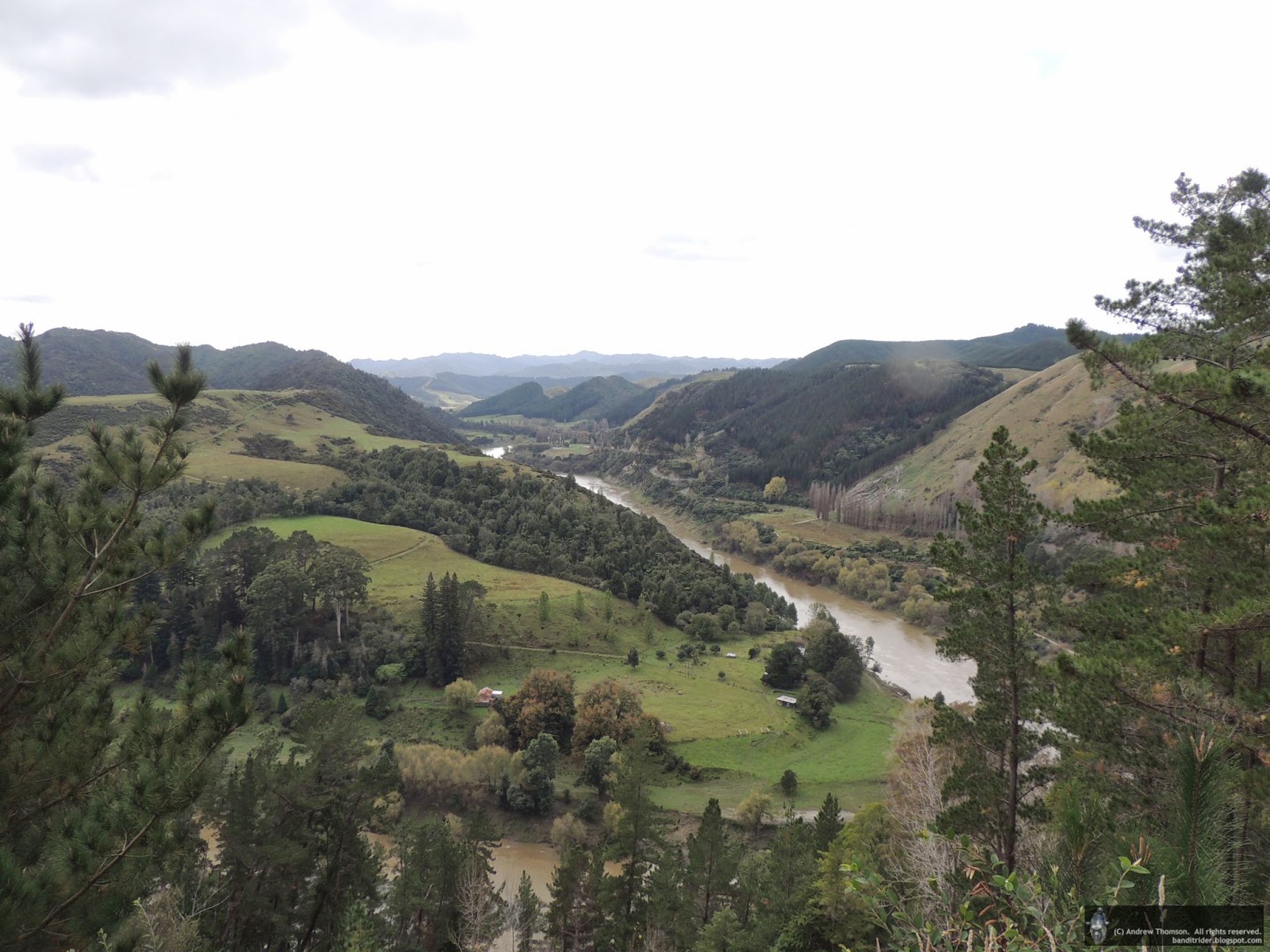 Before we hit the road again I was forced to swap bikes with Neil so did that and took off with a roar out of the arrows can.  From here on the road is pretty narrow and definitely pretty bumpy in places.  Adding to the hazards are all sorts of livestock on the road and other vehicles using more than their share of the road.  Besides that, the ride is fabulous and the views stunning all the way up the valley.

When we hit the recently sealed section we ended up slithering around on all the loose metal that the road workers had left behind.  In some corners it was pretty bad with some bigger stones that may have come off the banks.  I had a couple of wee moments on the Speedy but managed to keep it upright and was pleased to see that Neil was doing the same thing on the Connie. 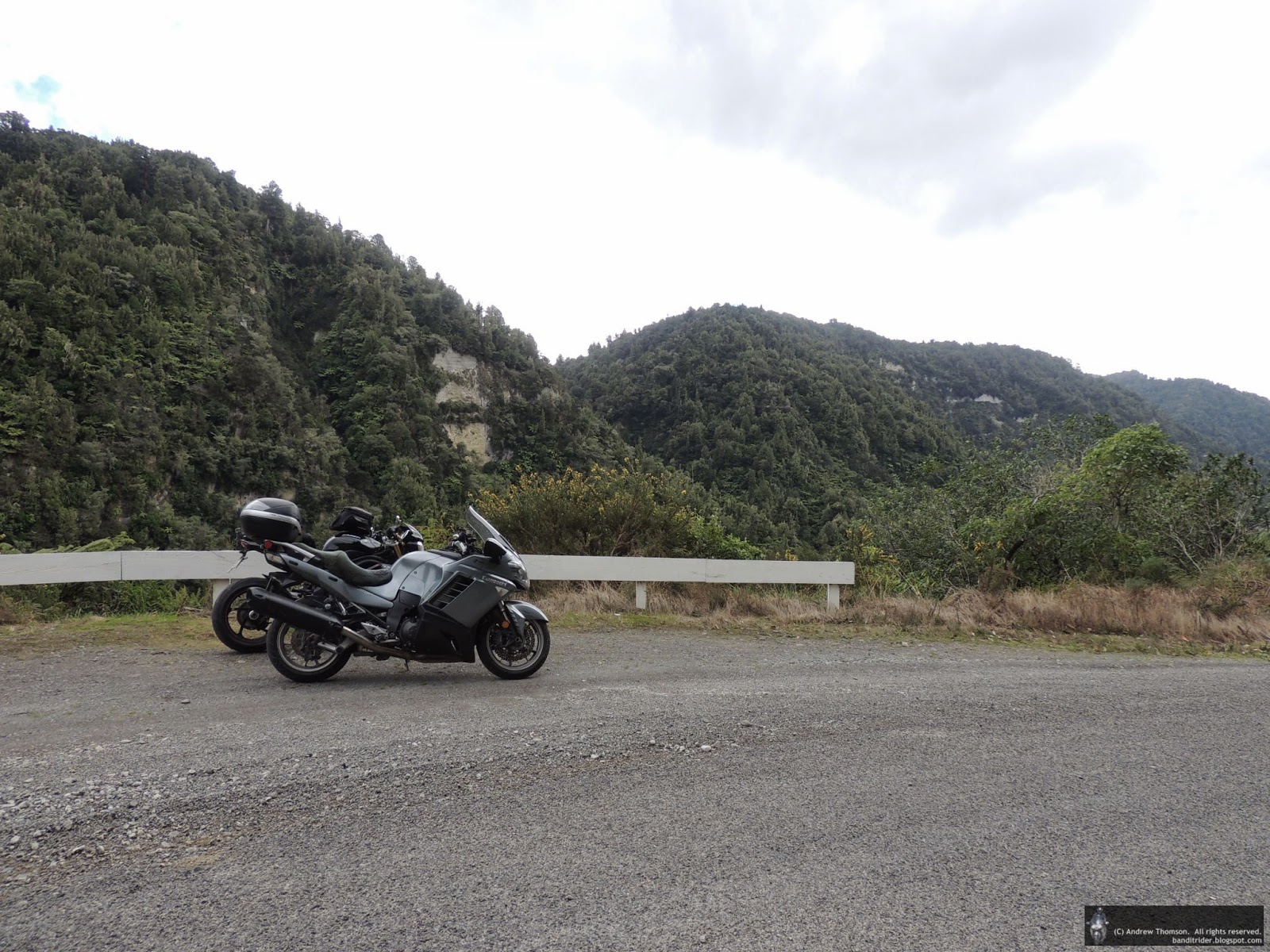 Back on the Connie for the last of the slippery stuff into Pipiriki and I was probably a bit more at home on the heavier bike.  After Pipiriki there are more great corners to tackle but there were also tour buses towing trailers coming the other way which we had to steer clear of a few times - I think they must own the road.  There was also still a few more sites worth the odd pic. 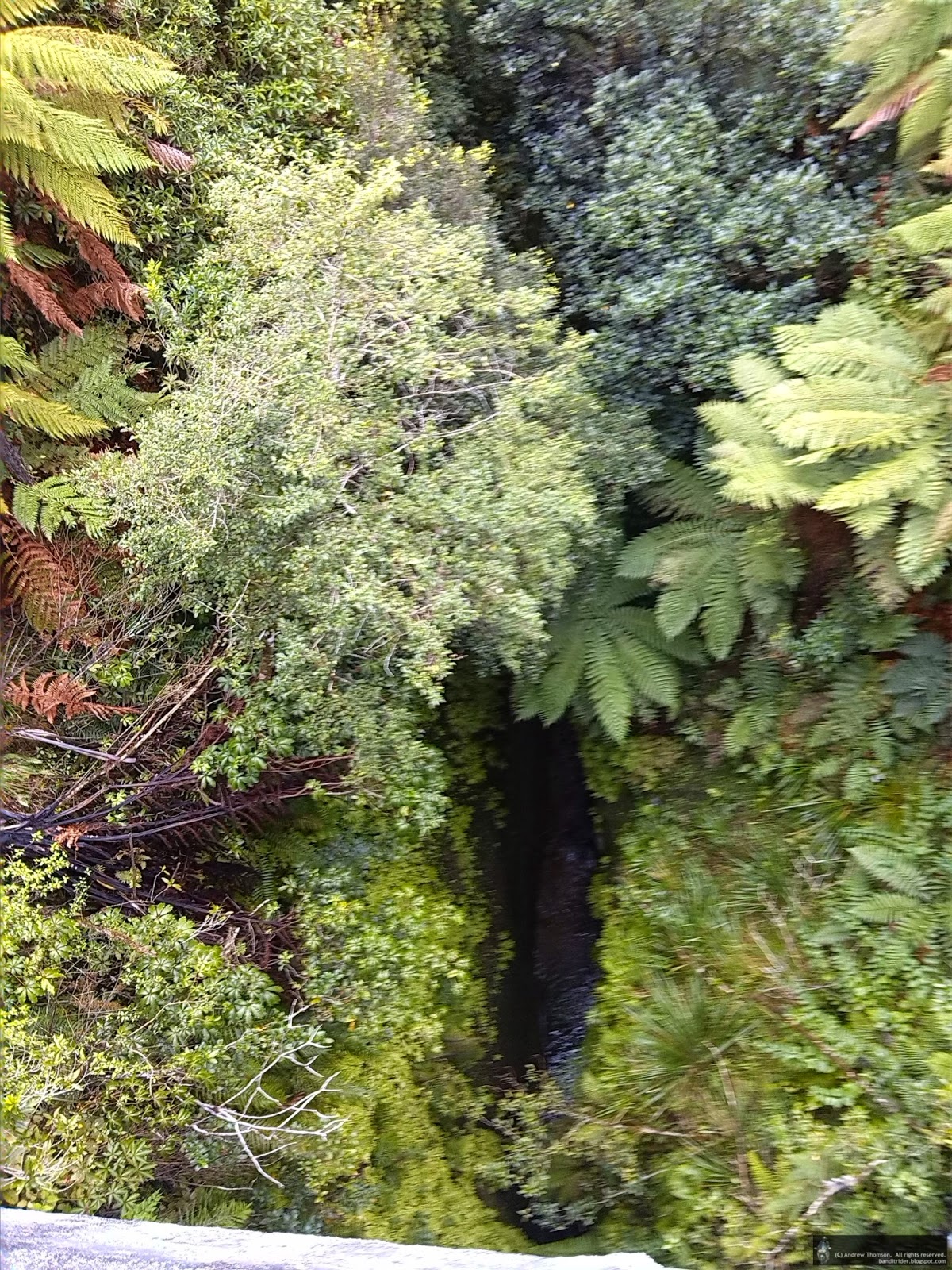 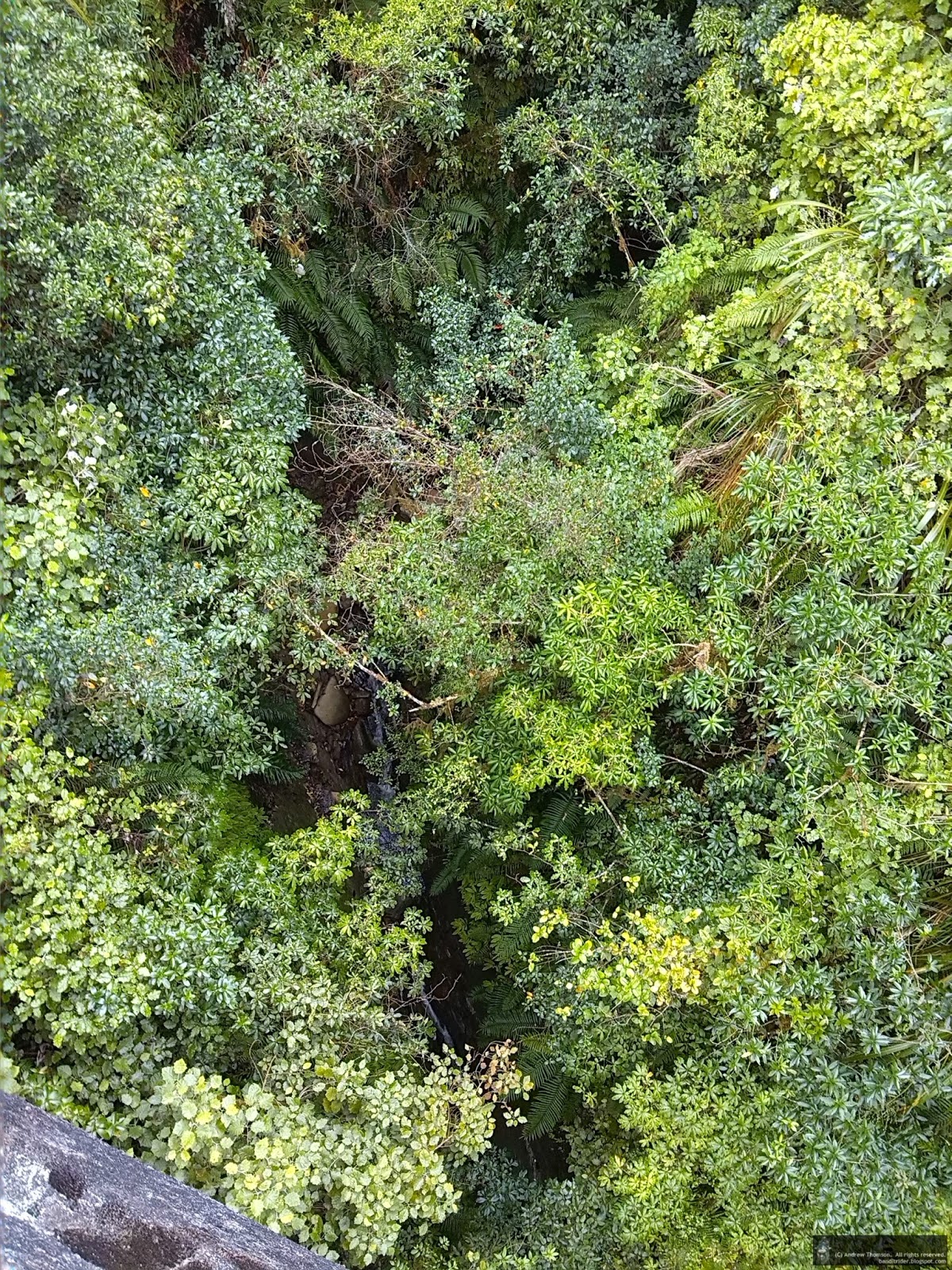 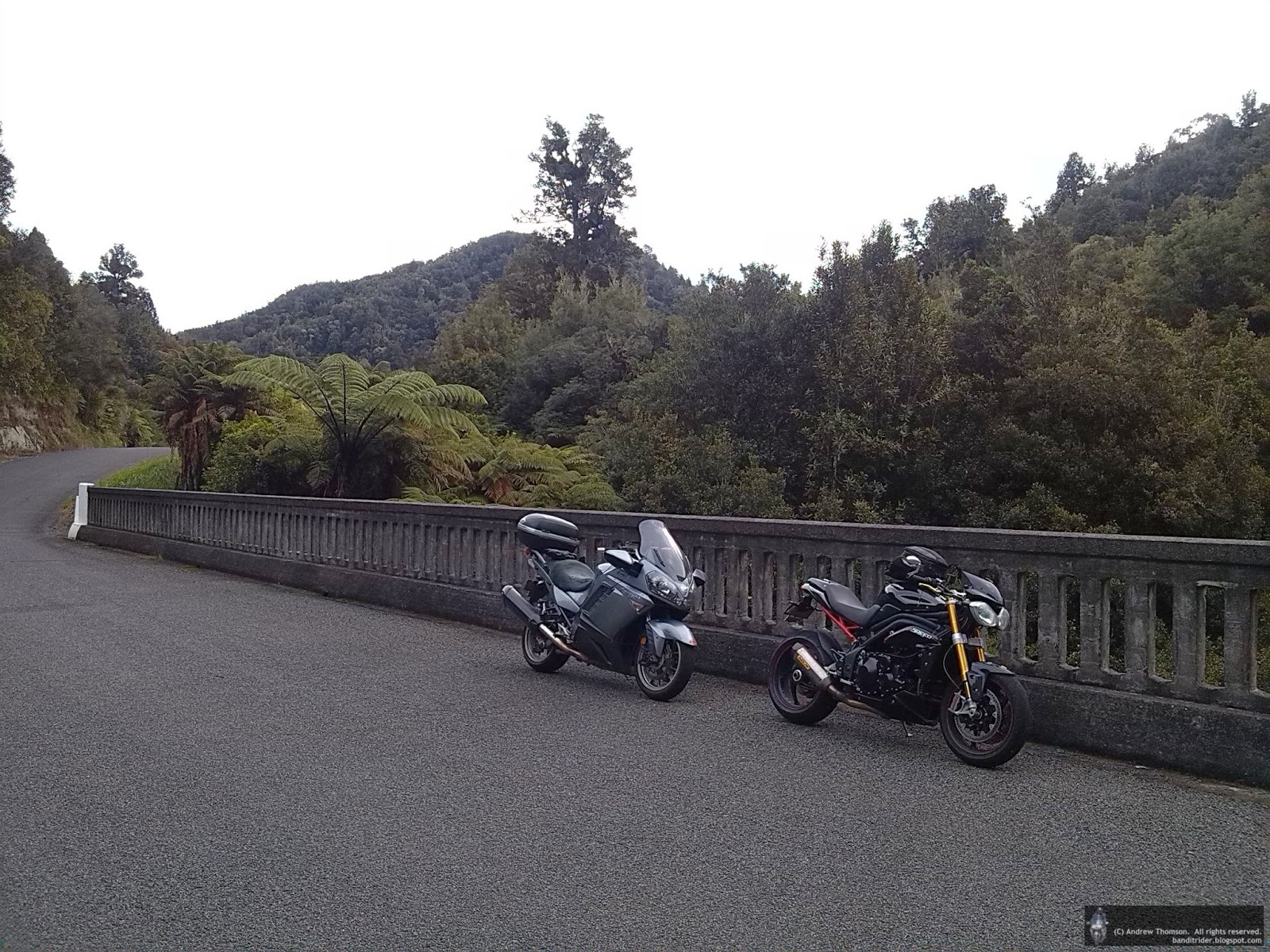 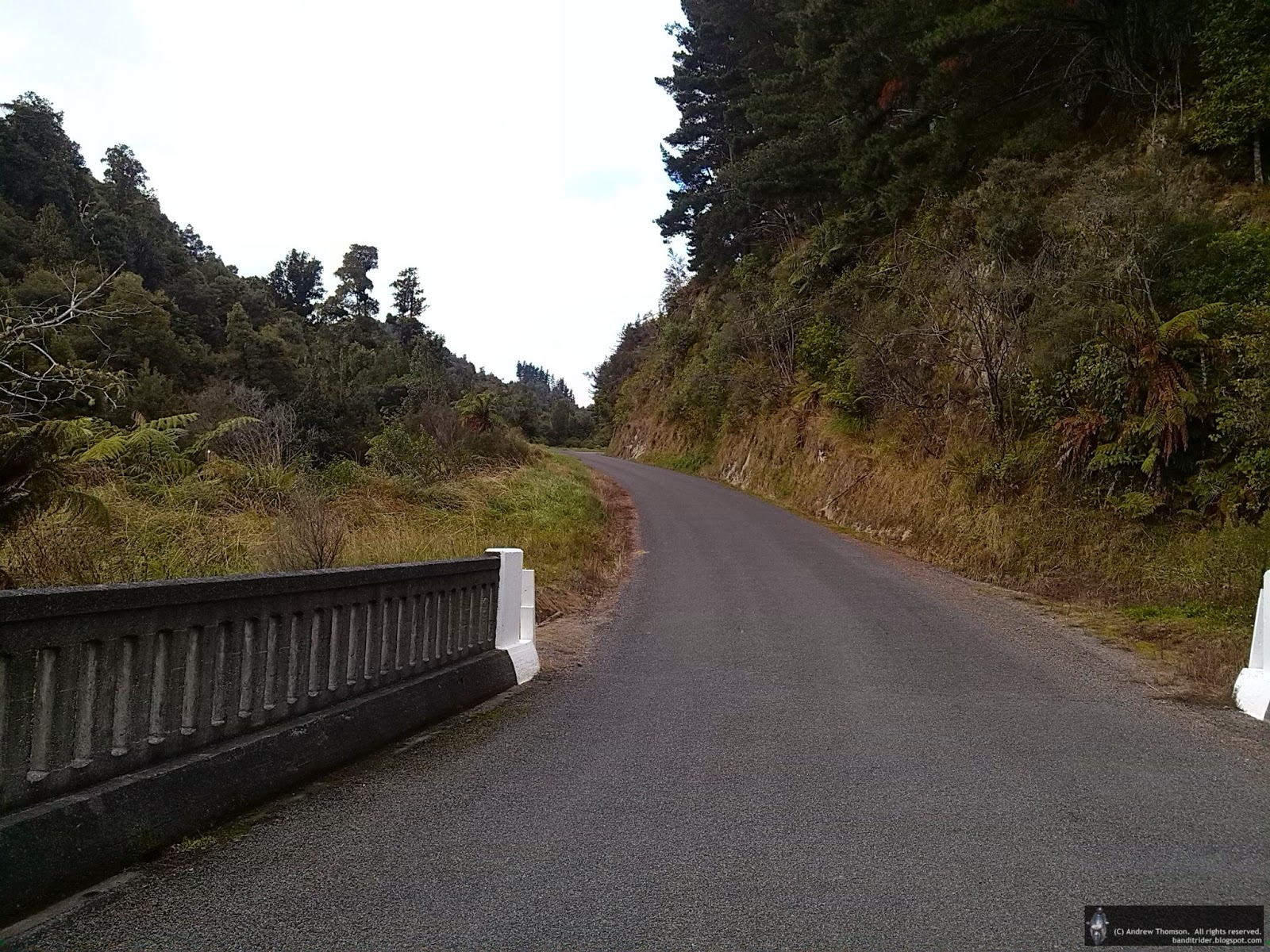 Just one more little winding uphill and we were then onto more smooth and open riding for the last 10km or so into Raetihi where it was time for another coffee. 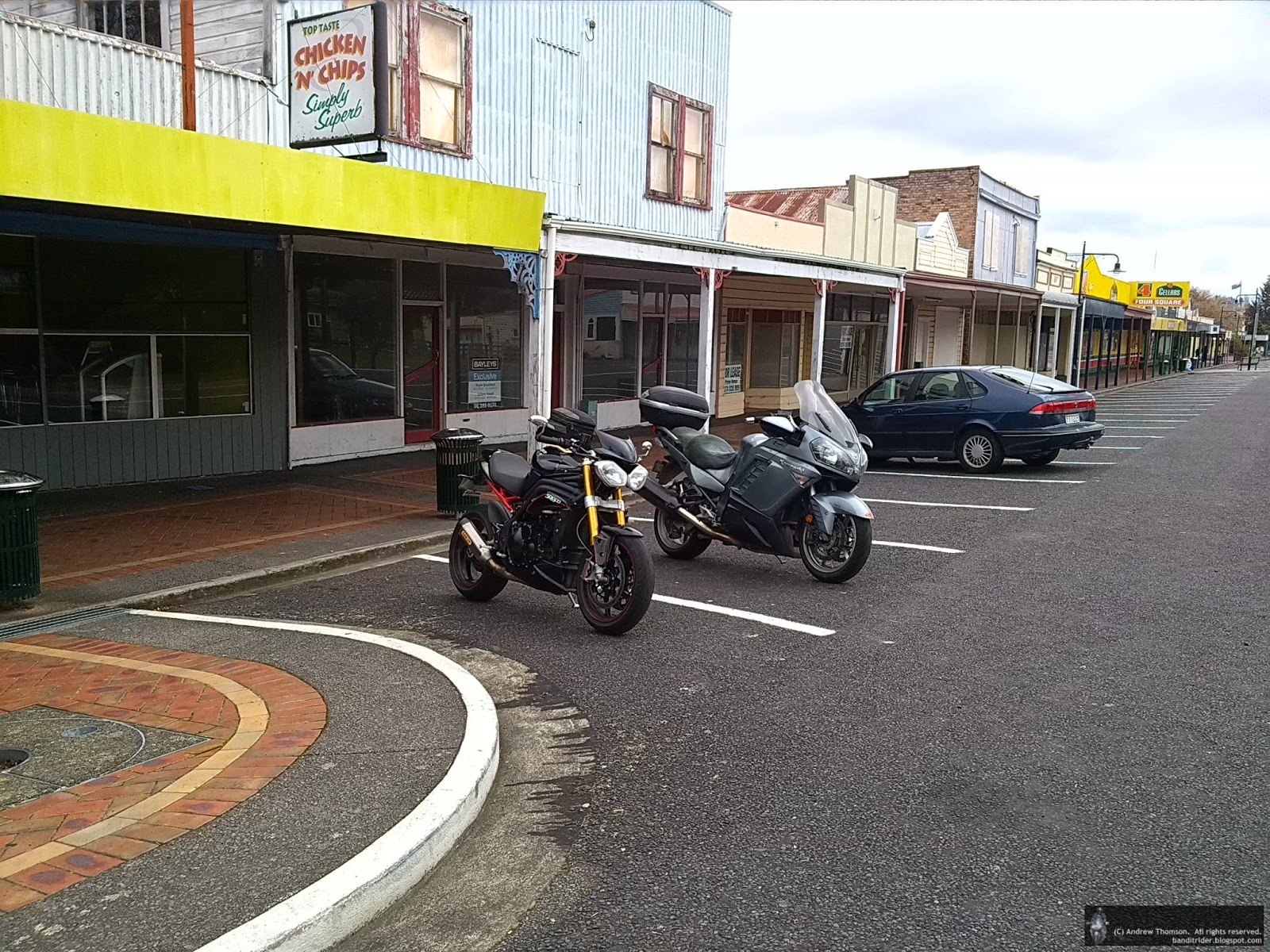 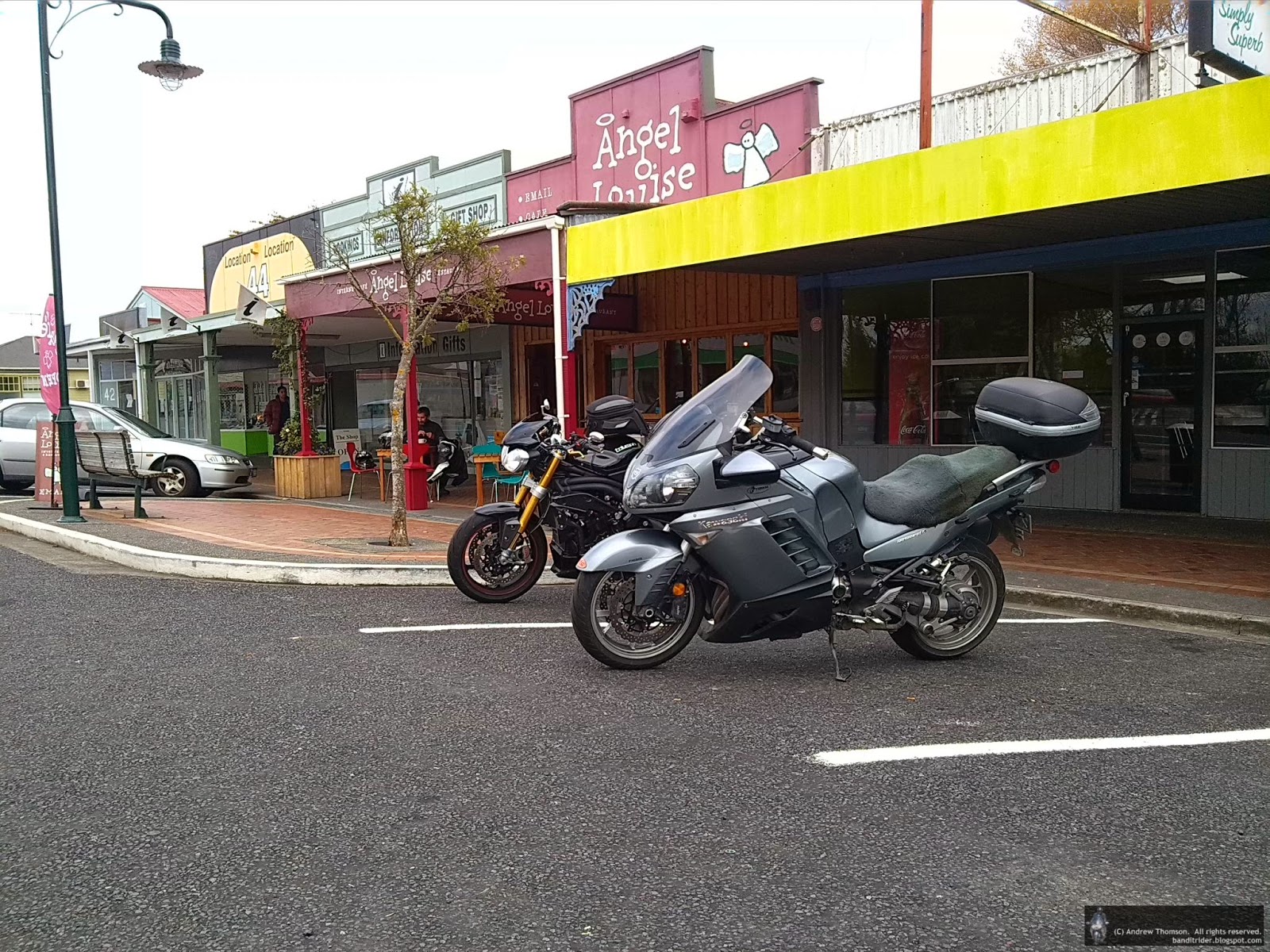 Coffee sunk it was time to send Neil on his way back to National Park and I was forced to head off home via the Paraparas - bummer...

Yes, I can confirm that the Paras are still in superb condition and I had a great ride down them (I shouldn't mention the sheep on the road in a couple of places) before turning off to take my usual short/long-cut home via Okoia, Fordell, Marton etc.  Another fantastic day out on the Connie - it is going to suck going back to work tomorrow...