Today was the annual Woodville Lions Coast to Coast and it's a ride that generally doesn't escape my attention but this year was I wasn't feeling too flash so as I left home I wasn't really sure how much of the ride I'd do.

But anyway, I still wanted that badge so I fuelled up the Tenere and pootled on out to Himatangi.  I wasn't the first out there and there was till plenty of time for others to roll up and fill in all the parking spots in the pictures below. 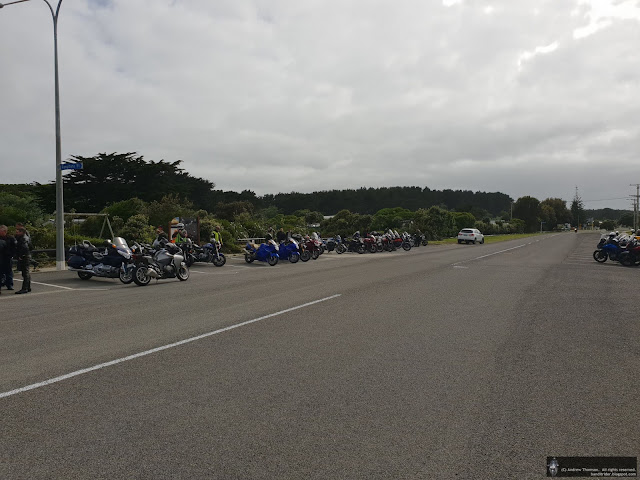 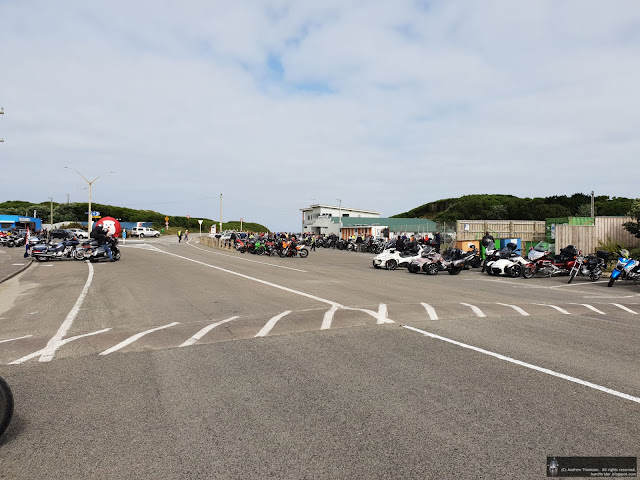 While waiting it was really good to catch up of Colin W who is still punting his little Weestrom around the countryside and also a couple of the other old BRR Blacktop riders.  I also had a chat to an Aussie Tenere rider who was over here and had joined the ride on a borrowed bike.  He loves his S10 too and has around 115km on it.

By the time of the riders briefing I was still quite surprised at the turnout - it was a primo day but the numbers were definitely down on previous years.

I was up near the front when we left Himatangi and we fair pootled into Foxton before crossing over to Shannon and then riding up to the outskirts of Palmy via Tokomaru and Linton.  Bypassing Palmy, we headed out to Aokautere before turning up over the track.


We had a short stop at the Ballance Bridge to form up all the bikes for the ride into Woodville where we make up a part of their Xmas Parade.  Kids love bikes :)

This was my economy from Palmy-Himatangi-Ballance...


After a quick bite and another chat to Colin and Tim I decided that I wouldn't go out to Akitio and instead wandered around for a little before doing my disappearing act. 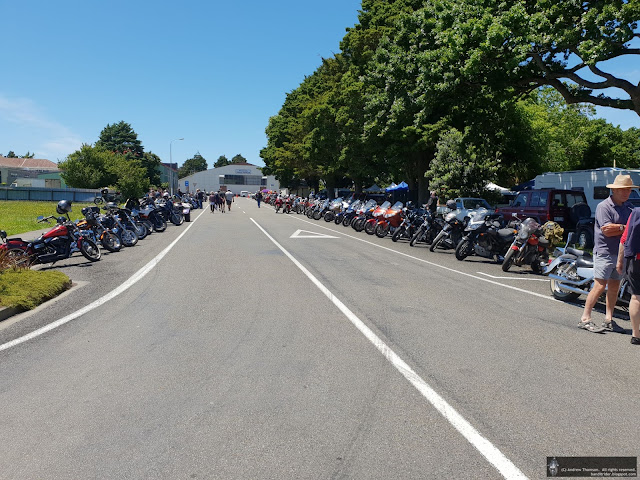 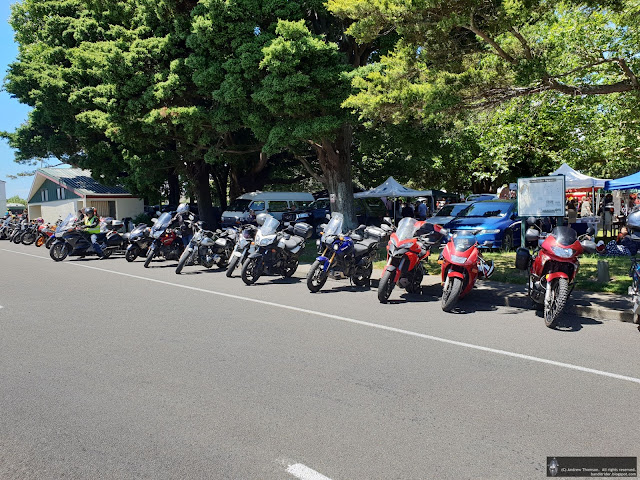 While I still wasn't feeling the most energetic, I did decide that I needed a small gravel fix so after retracing my steps back to Ballance, I located Tararua road and flipped a few stones. 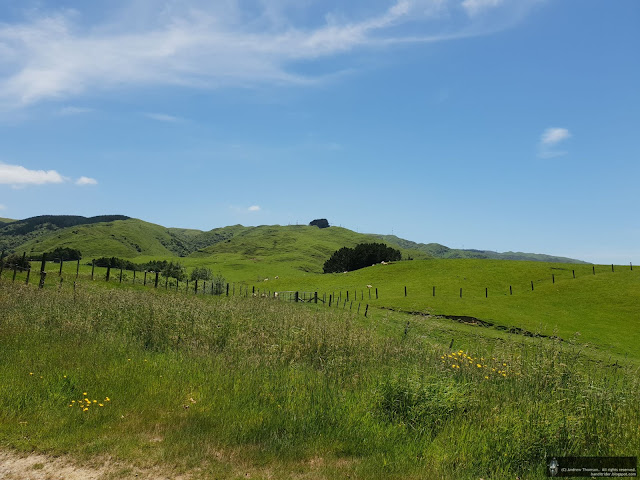 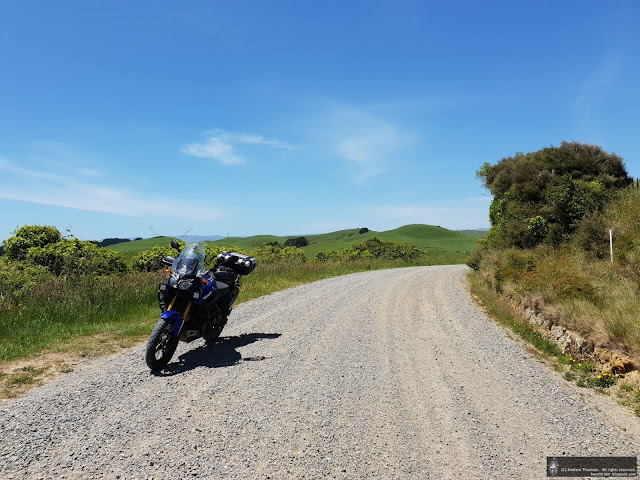 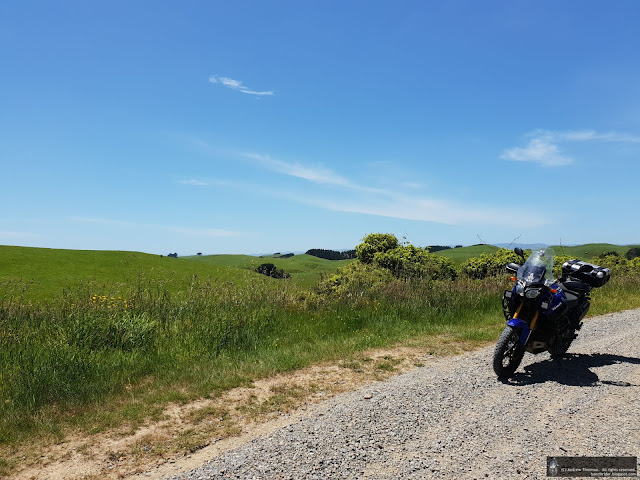 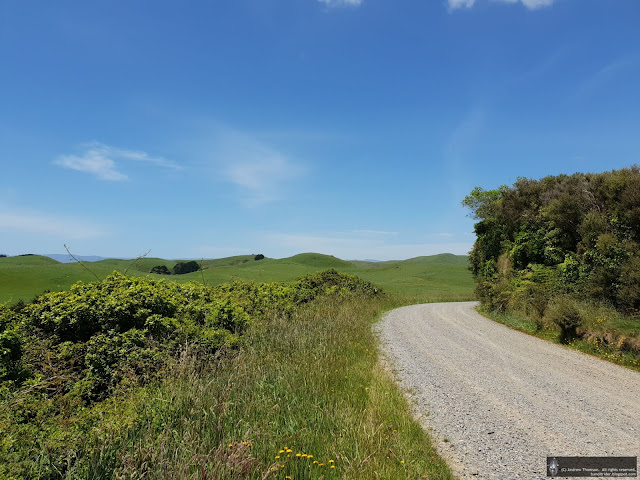 Another squirt (this time "squirt" is more accurate) over the track and pretty soon I was home parking up the bike and going in search of a cold drink. 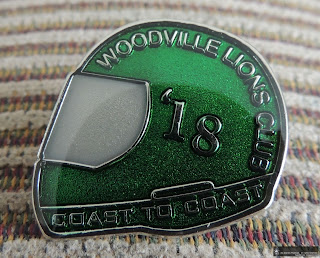 Posted by Andrew Thomson at 3:20 pm

Email ThisBlogThis!Share to TwitterShare to FacebookShare to Pinterest
Labels: Coast to Coast, Videos