On Friday night Colin rang to tell me that he had a visitor.  And he wasn't just some mate or random off the street but a bloke from Austria spending 7 weeks touring NZ on a hired KTM.  The KTM was supplied by some geezer who apparently can pedal pretty handily...

We hatched a bit of plan on Friday night and I met up with Colin and Roland in Sanson for a trip up Turakina Valley Road.

We set a pretty good pace on the first sealed section of Turakina Valley Road, avoiding quite a lot of wind downed branches and the odd bit of loose metal before running into Nev and his mate just before the first bit of gravel. 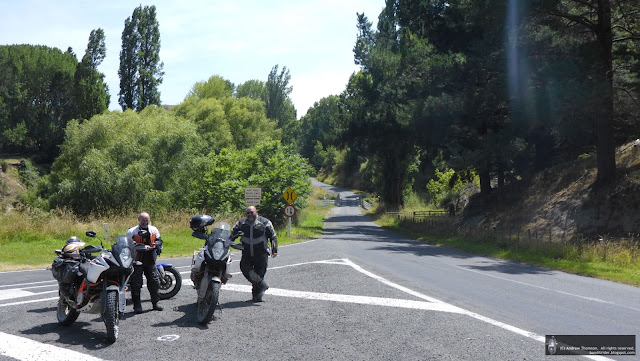 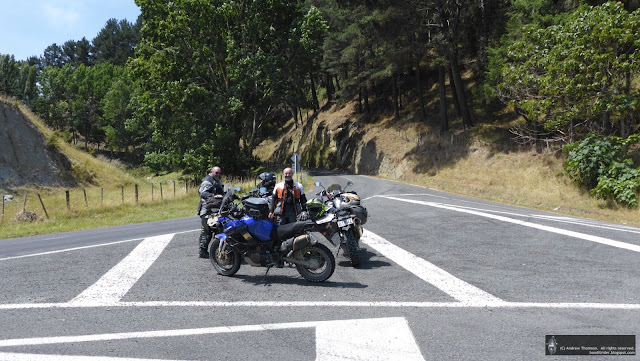 After saying gidday, we tore into it.  Well, talk about dust Trev!  The road was very hard and dry with plenty of marbly gravel to slither around on.  My worn out rear wasn't liking it too much, especially in some of the nastily corrugated corners.  I stopped to turn-off the TC and this helped a little but it was still pretty "interesting" in places.

I was playing TEC with Colin leading the way and the dust kept us separated quite a bit but I eventually caught Roland when we came across a farmer moving a mob of sheep.  We had warned him about stock on the road (particularly dopey sheep) and he was taking it cautiously.  I slipped past him and showed him how to push through the mod - they were going the same direction so we would have been behind them all day if we didn't do this.

Eventually we got to that nice corner where you can get a decent shot of Ruapehu and stopped to show it off to Roland. 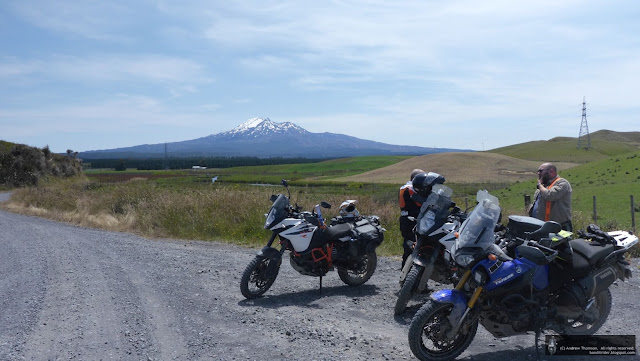 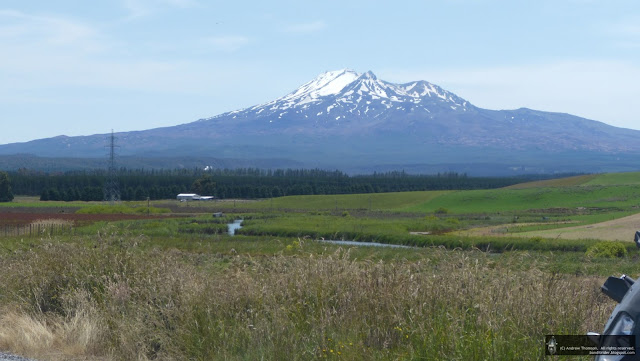 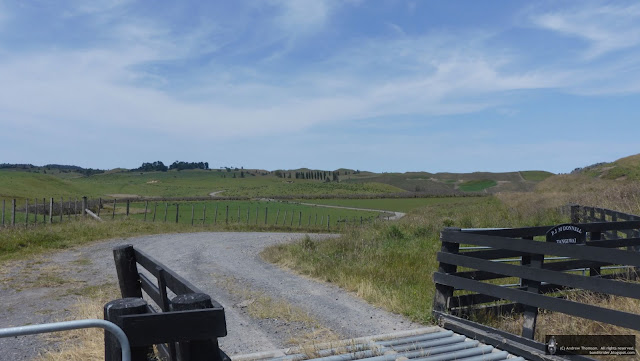 Photos taken we retraced our steps a little to take Owhakura Road to start to make our way down Fields Track. 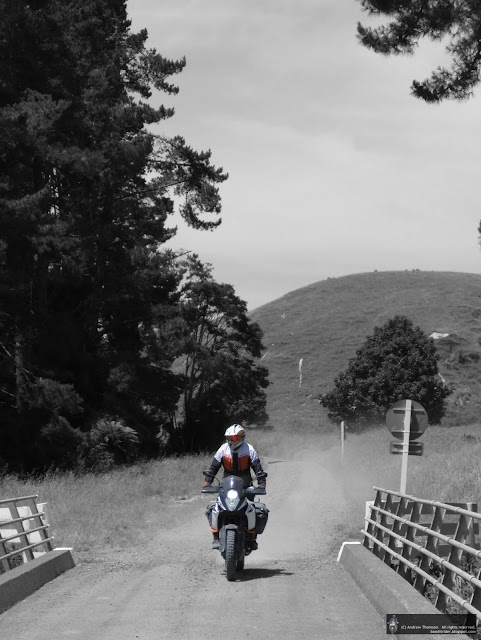 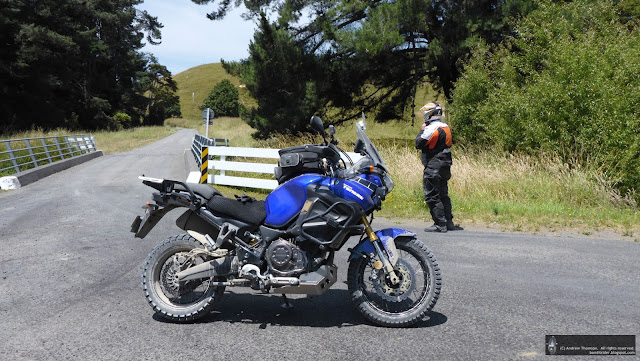 We had a little excitement in there for a while (more marbles) but the ride down on the windy seal to Kakatahi was fun.  At the turn-off to Whangaehu Vally Road we stopped again to show Roland the weird hole in the rock. 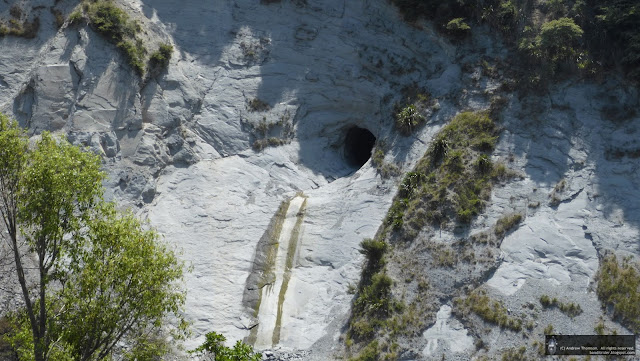 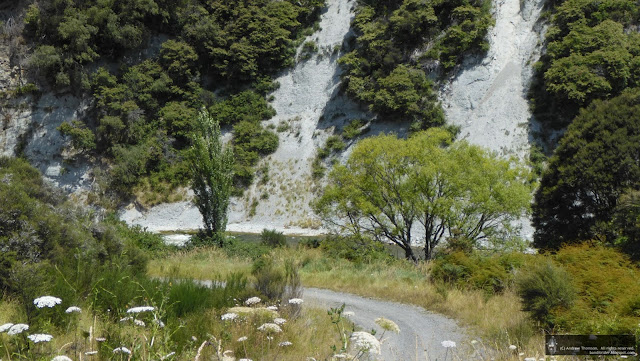 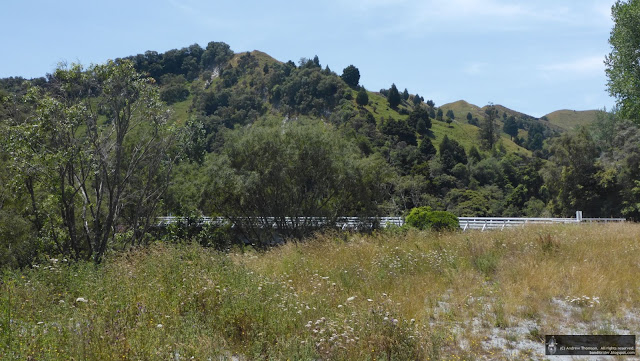 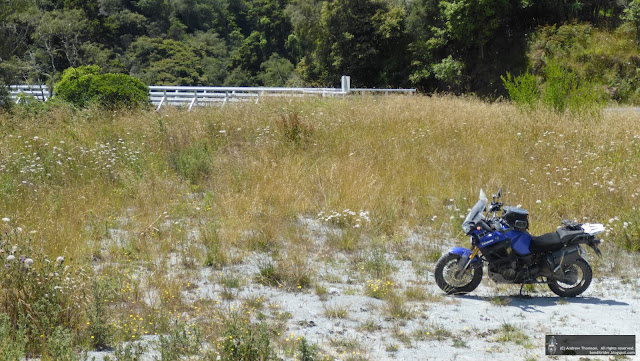 The ride down the valley was similar to Turakina Valley Road and there is more seal but it is a really nice, picturesque little valley with plenty to see. 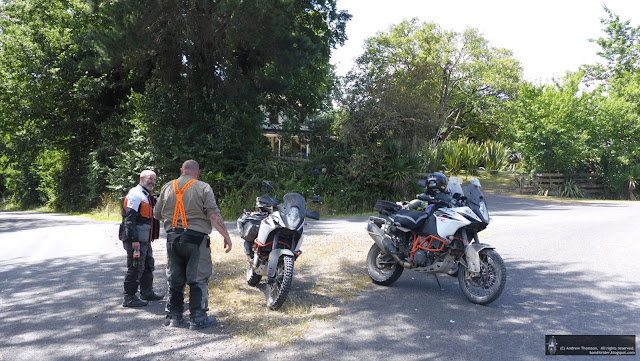 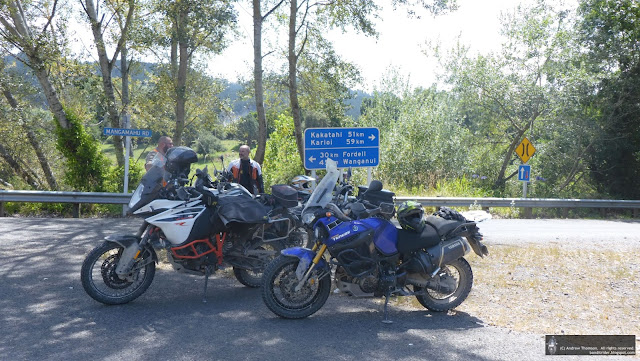 We returned back to Sanson via Fordell for a cold drink before I went my way and the other two another way.  A pretty decent ride (although pretty warm and I definitely could have done without the dust!) and I hope Roland enjoyed it.  He is now in the South Island picking up some of the magnificent Adv rides down there before returning to do more of the North Island.  I'm pretty sure he'll enjoy himself...

Posted by Andrew Thomson at 8:16 pm