Starting the year on the right foot

Just prior to New Years, Colin had decided that we needed to get out on the little bikes - something about a conditioning ride for the Dusty Butt...

We decided that we were going either New Years Day or the day after.  I then caught up with Colin on the phone on New Years Day and he initially a little doubtful about the weather as it was a bit grey and overcast down his way.  We had pretty much decided to put it off a day or two and carried on yakking about other stuff for a while until we finally decided to put our Nike's on...

I had most of my gear sorted but needed to load up the ute and put some diesel in it before hitting the road to Colin's.  My timing was perfect though - I arrived just in time for some roast lamb sandwiches...

After lunch, we finally got our act together and tore off on the little balls of fire that are our magnificent little WR's.

We had to deal with a fair bit of the windy tar of Akatarawa road before turning off to tackle Odlins Road.  The very first section involved a little scramble up over some decent rocks and this kinda set the tone for the rest of the road.  Here's what Adventure Riding NZ says about it.

Riding in it took us quite a while to get our heads around the track and just what the little bikes could get away with.  I was pretty much never getting out of second gear and first got a work out climbing up out of hollows and over tricky rocky sections.   But in reality the little bike just laughed at everything and I had no issues of the binning kind.

We were working hard though so needed a breather to check out the scenery every now and again.  If you're interested I saved the GPS coordinates wherever we stopped for photos and they're shown on the map at the bottom of the post.  These ones are from Photo Stop 1. 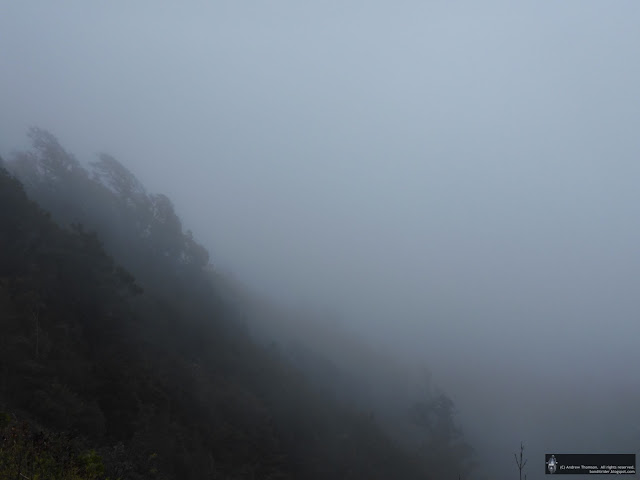 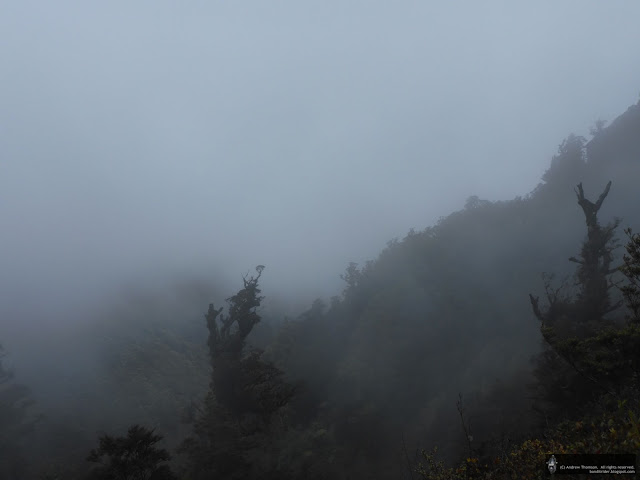 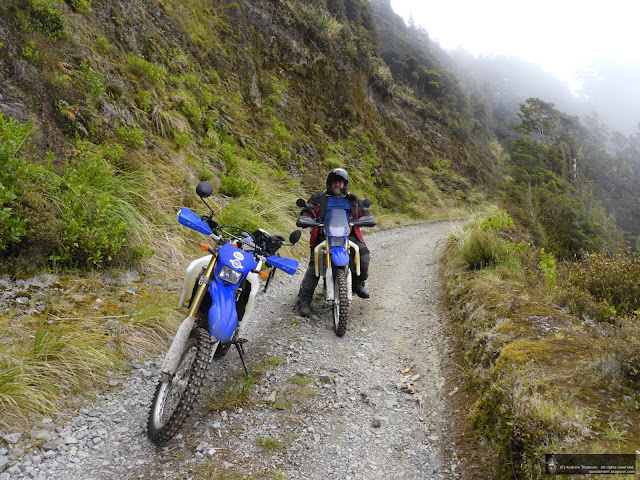 Just a bit further on we came to a bit of a clearing where there were three families in 4WD's who'd driven in to have lunch at the hut.  All the 4WD's were ones that don't do the school run - they were the muddy, scratched and dinged up type that actually gets off road.  No RAV 4's or CRV's...

After a bit of a chat with them we carried on down towards the hut and got into some more "technical" sections where taking it quietly and then nailing it was the way to go.  The track in general is pretty rocky and so you're always trying to pick the best line so you're not bouncing off too many sharp rocks and the bush is trying to take over so standing up can be tricky in places.

We also met a very serious looking Nissan Patrol coming the other way, luckily in a bit that was just a little wider than a Patrol.  Down the hill a bit we finally made it to the Hut. 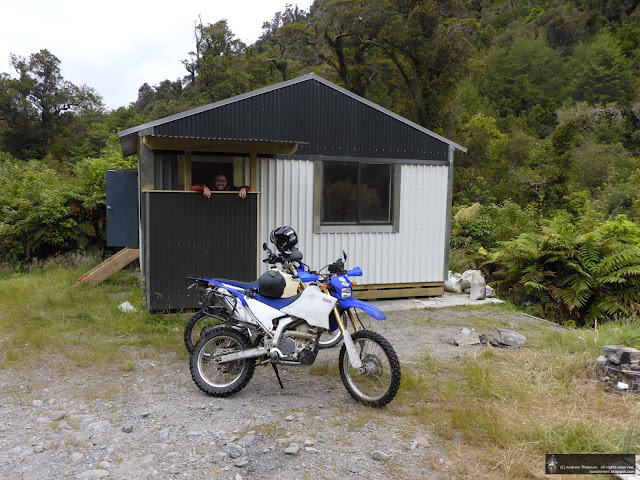 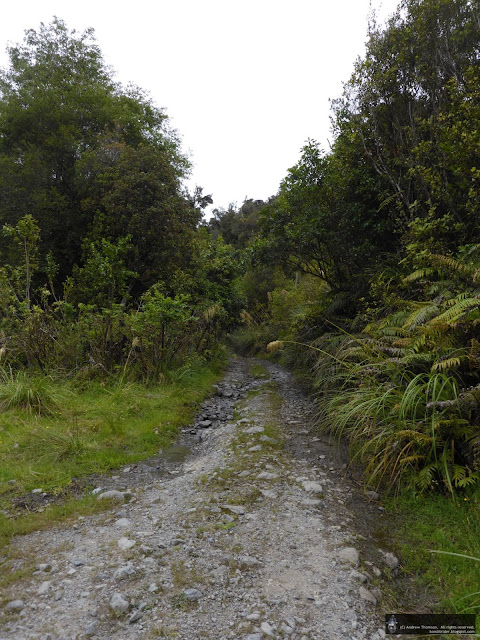 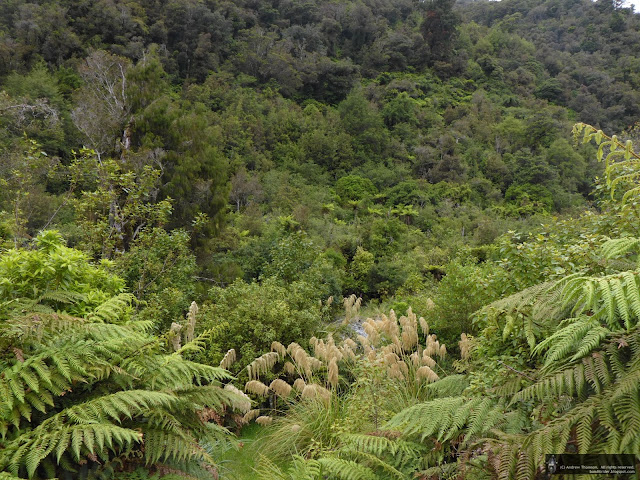 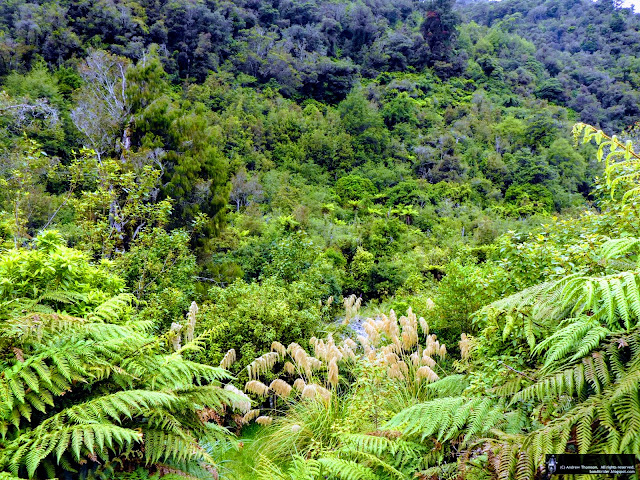 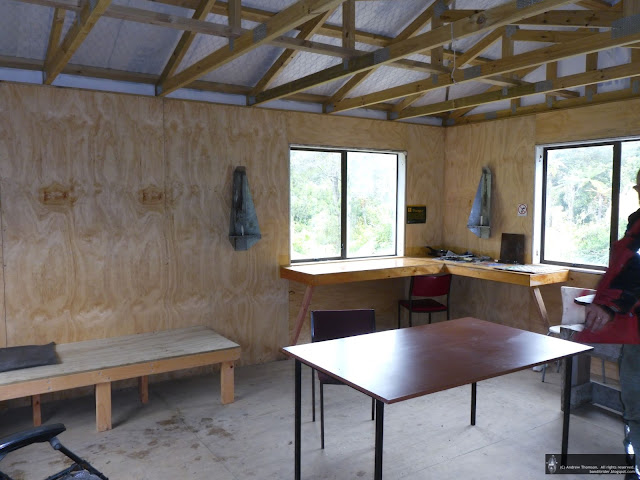 After a decent breather (and opening all the vents in my jacket) we rode a short way down the hill to the river.  Apparently the track pretty much ends there (or gets even worse) and we didn't really like the look of the drop down into the river anyway - I walked down and we probably would have been fine but hey, we didn't need to die or drown the bikes... 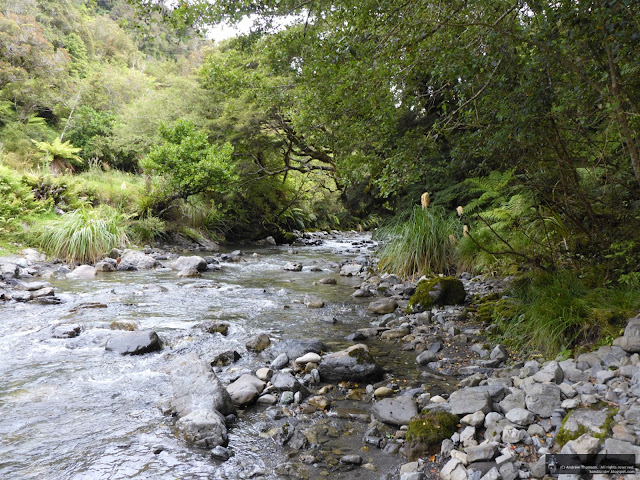 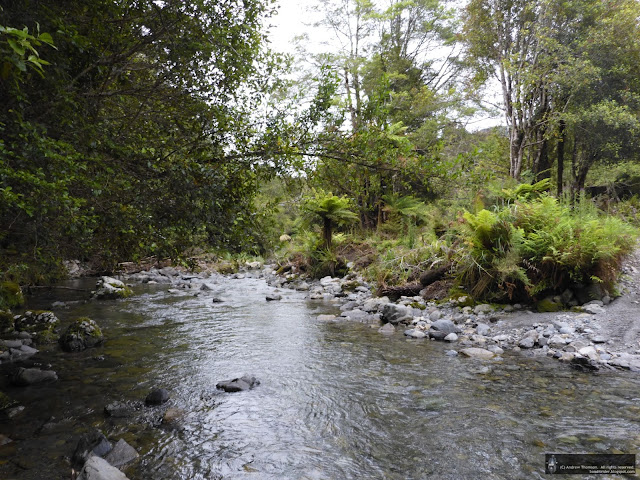 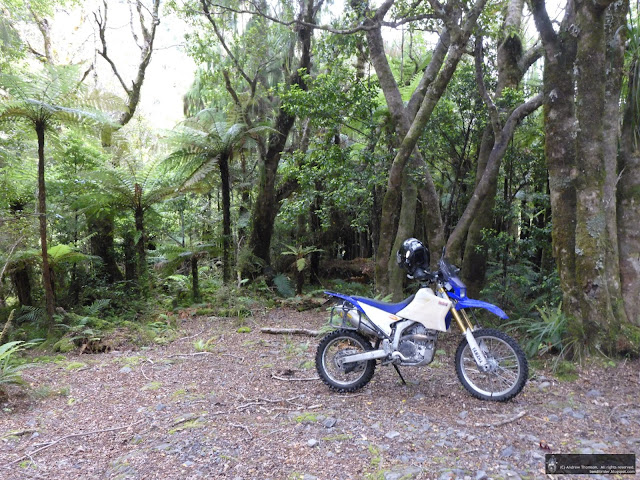 Rested up, we attacked the track going back.  Both of us seemed to have really got our heads around what we were doing and what the bikes can do so generally I was a gear higher all the way back, only using first for the really tricky stuff.  We were also more relaxed and were not getting nearly as hot and bothered - it was great! 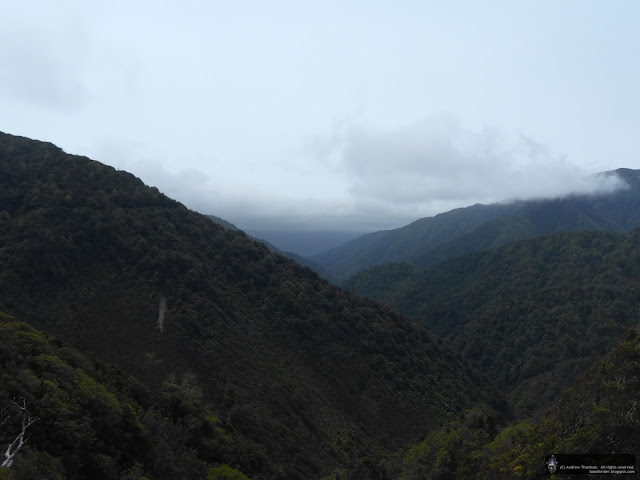 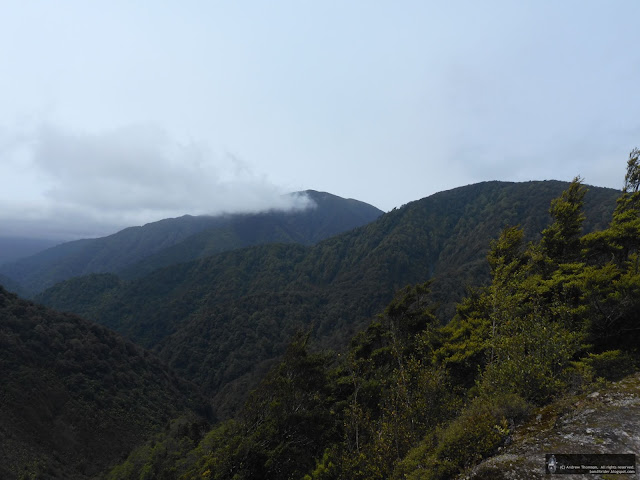 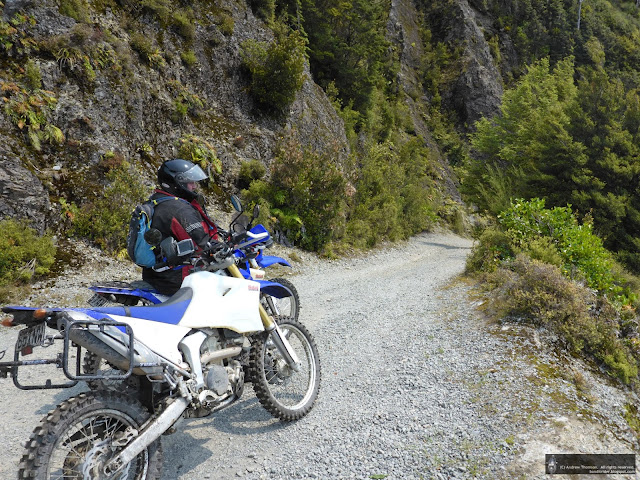 Somewhere in there both the bikes both had their fuel lights come on (I'd already done about 100km on my tank before the ride) but looking at the levels we still had oodles of fuel so back at the road we decided to carry on over the Akatarawas and come back via the Pram track.  This meant more tar and dodging oncoming vehicles on the damn narrow road through to the start of the track.

The Pram Track was a whole lot easier and even 4th gear got used in places.  A little ways in we parked up for a breather and a chat with a couple of other guys out there enjoying the tracks. 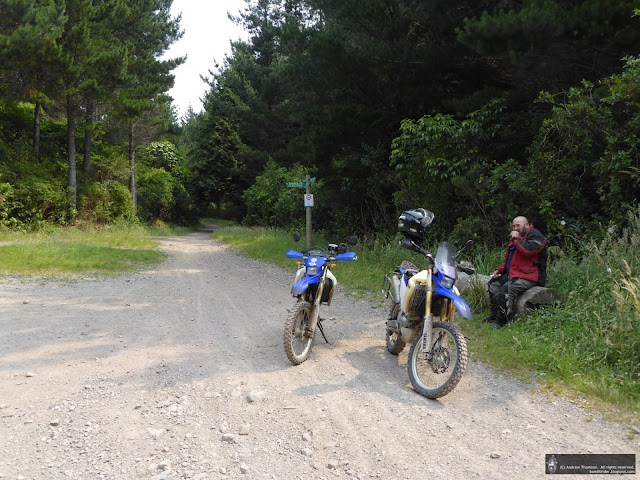 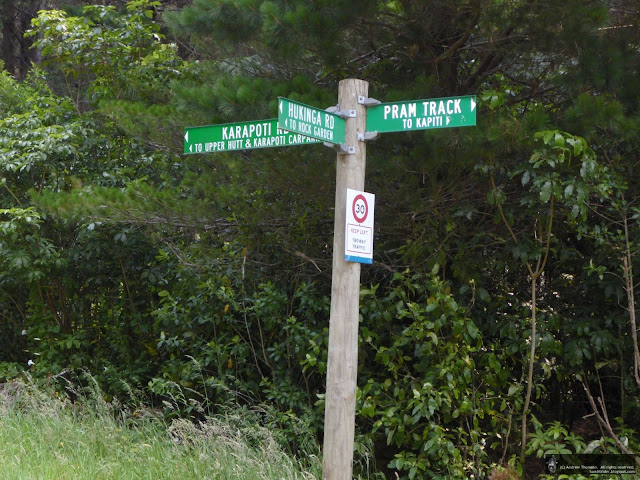 Rest over we crossed a river and got back into it.  In fact we crossed it or another one (I had no idea where I was) a few more times (once where it was reasonably deep and swift) and blasted up and down quite a few hills before finally dropping back down to the carpark on the Paraparam side. 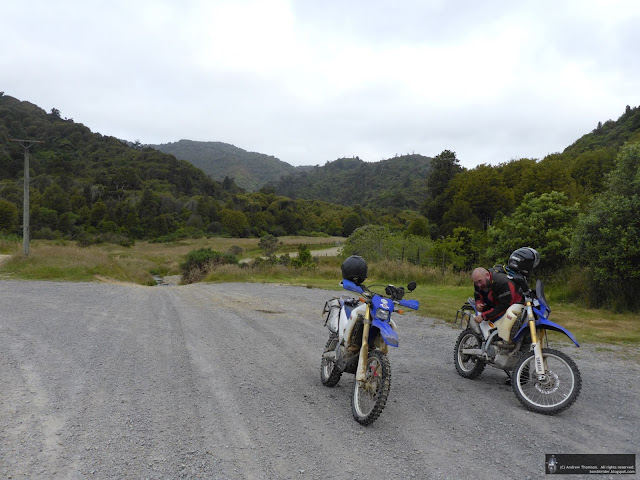 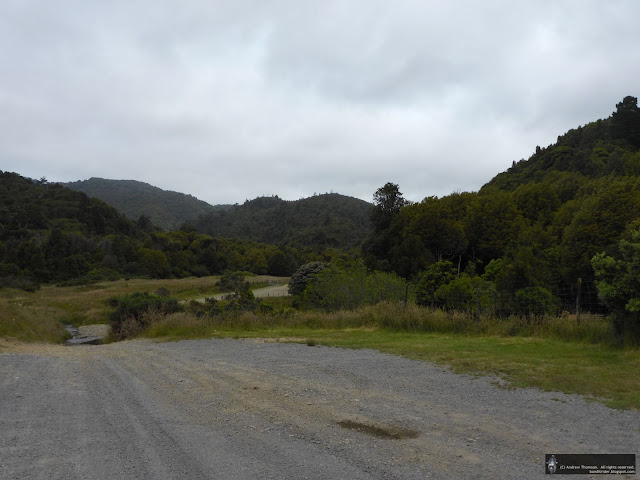 By the time we got back to Colin's, we'd ridden around 120km and were fairly knackered - I'm still getting over some of the soreness in my legs - but had had an absolute ball!  We even still had plenty of fuel - gotta love those Safari tanks and the incredibly economical little bikes!

Absolutely some of the best (and cheapest) fun you can have on two wheels!