Fifteen days on the road and I 'spose it was time I should think about heading home...

With a 2pm sailing I had plenty of time to get to Picton so I decided to take my time and get in one last dose of gravel around Port Underwood.

After my last fill of South Island Super I cruised across Nelson and found myself at the bottom of the Whangamoa's.  This and the Rai Saddle are always a favourite and although there were a few sections of roadworks to get through it was just as good as I'd remembered.

In Havelock I ignored my normal turn-off (to go through Queen Charlotte Sound) and stuck to the more boring ride on SH6 until the turn-off to Spring Creek.  At Spring Creek I went straight ahead and started making for the Coast.

After pootling through Rarangi the road quickly becomes narrow and windy, eventually the seal ends and you're riding on narrow, windy gravel.  In places the road was a little corrugated and there was even the odd soft bit from the previous day's rain.

Along the way the road rises and falls and takes you past a number of little bays, the first of those that I stopped at was Robin Hood Bay. 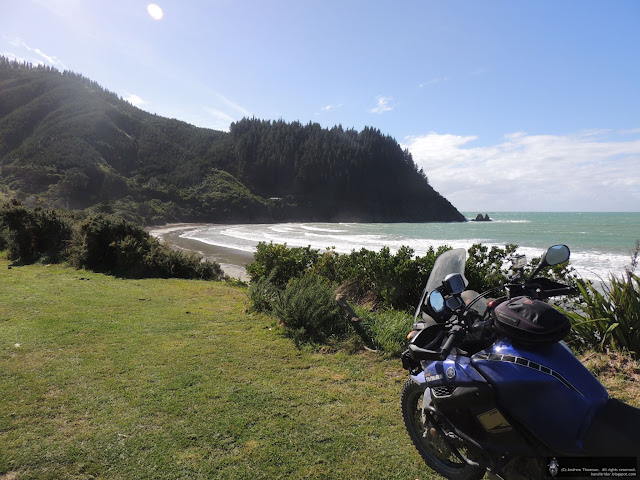 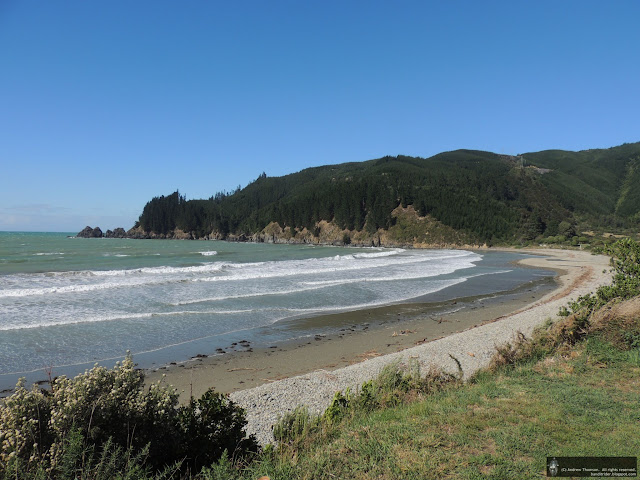 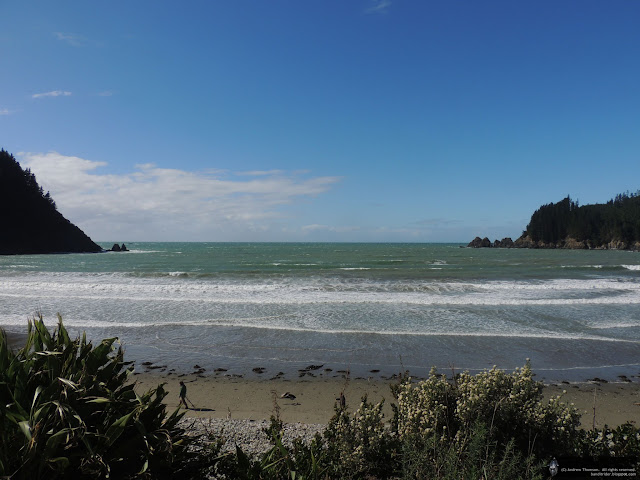 As I'd left Rarangi there was the odd car on the road but after about ten minutes it seemed like I was the only one about.  One little surprise I had was when a couple of wild pigs (mmmm, bacon) clambered out of the drain and ran across the road in front of me - I don't see that very often... 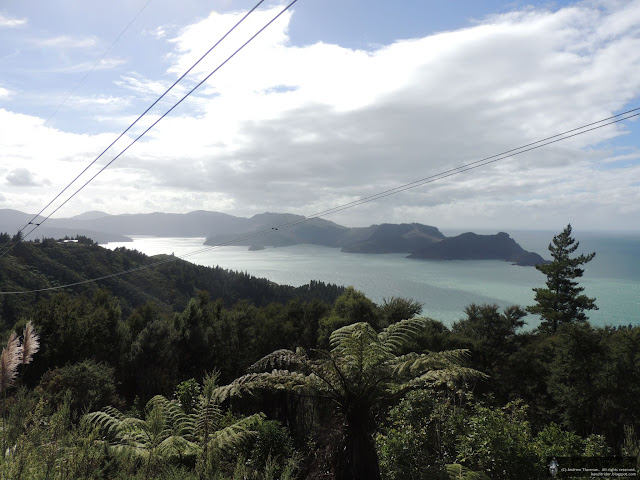 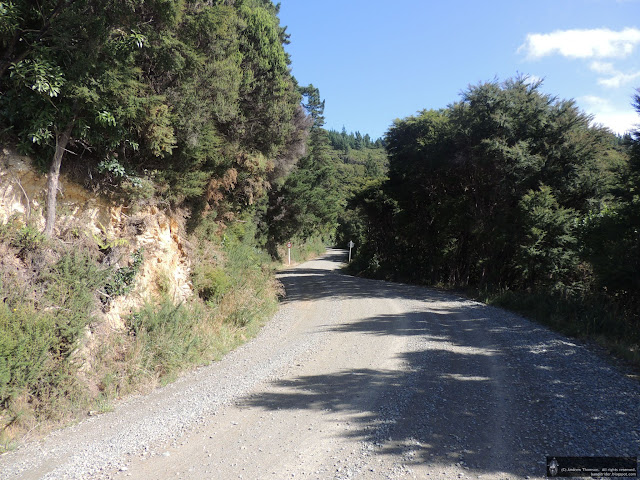 The last little bay I stopped at was Oyster Bay which is just around the corner from Hakahaka Bay - a checkpoint on the 2016 TT. 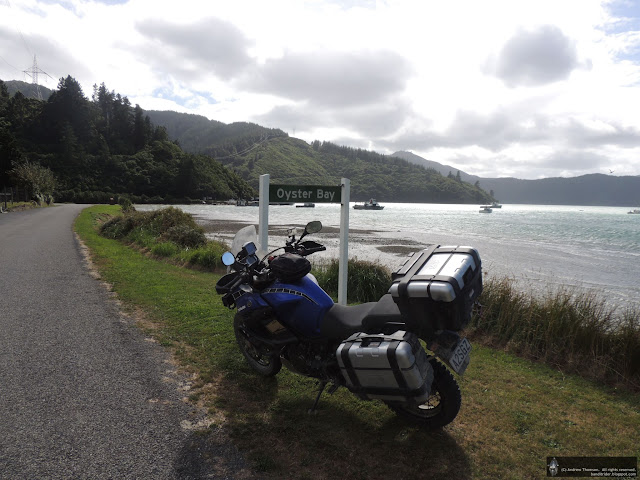 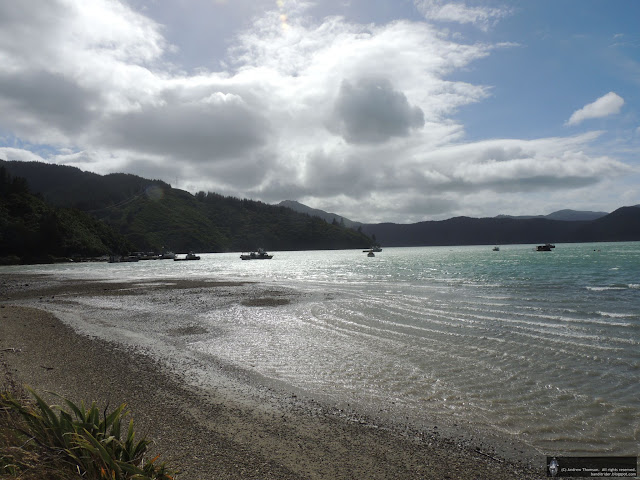 From Hakahaka Bay the road was seal again and eventually had me Picton with plenty of time on my hands.  I parked up at a cafe for a while but quickly got bored so rode up to the lookout to kill a bit more time.


Sight-seeing over I dropped back down the hill and queued up for the ferry parking behind a GSX250 "Tourer" that had been exploring over in Golden Bay. 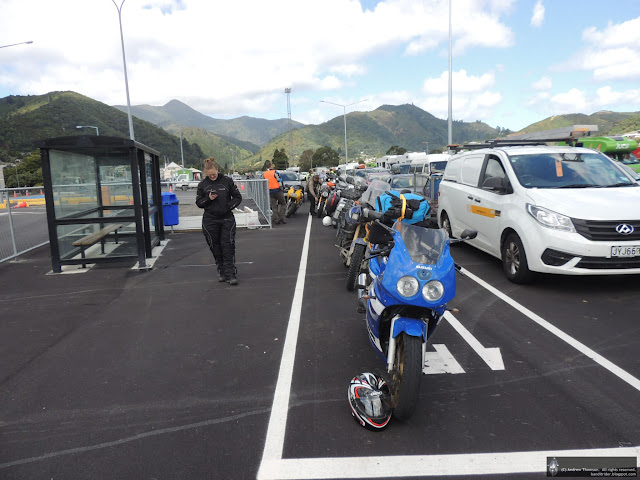 While waiting, all the passengers received texts/emails informing us that the ferry was going to be about an hour late due to the high winds - great.  I spent the time yakking to the girl on the 250 and an English visitor touring the South Island on a Wee-strom (he was having a ball and already planning to come back next year).  Bike riders always seem to find something in common to talk about whereas the cage drivers just sit in their cars looking impatient and unhappy...

The crossing wasn't too bad although there was the odd bump out in the middle.  Arriving in Wellington over an hour late meant that the traffic out of town was a lot better than normal and I also got to ride on the new bypass a Parapram - it hadn't been open when I came South.

Apart from one nasty incident when I thought I was going to see some boy-racers die in a head-on (not quite sure how they got away with it), it was a quiet ride home and I think I was parked up around 8:30pm after nearly 6,500 fantastic kms.  What a trip!