Righto, enough stuffing around town, time for some more riding...

The morning was fine and clear (if a little chilly) as I left Invercargill and headed West.  The first 60km or so was nice, easy and traffic free tar as I took a new to me (except for a few km I did on the TT) road through Otautau and Orawia before rejoining the Southern Scenic Route once more.

Today my plans including visiting 4 different Southern lakes as I had discovered in my planning that this involved gravel...

The first on the list was Lake Hauroko and to get there involved some very nice, smooth and fast gravel before dropping down through some native bush to the lake itself.  The scenery was terrible. 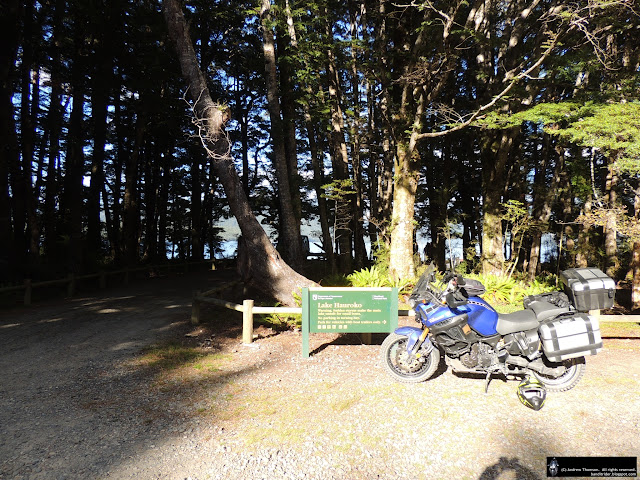 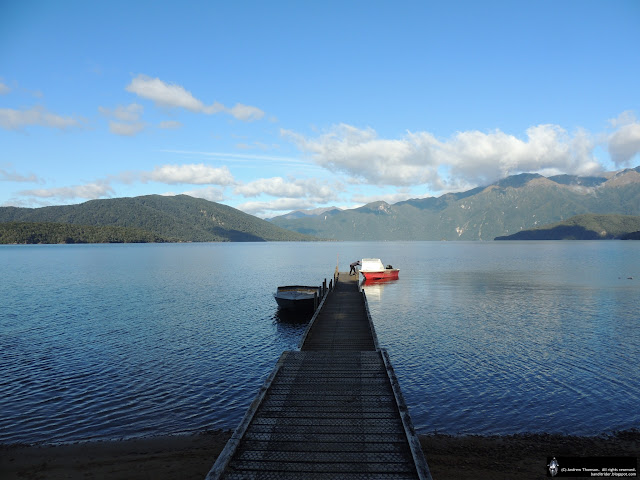 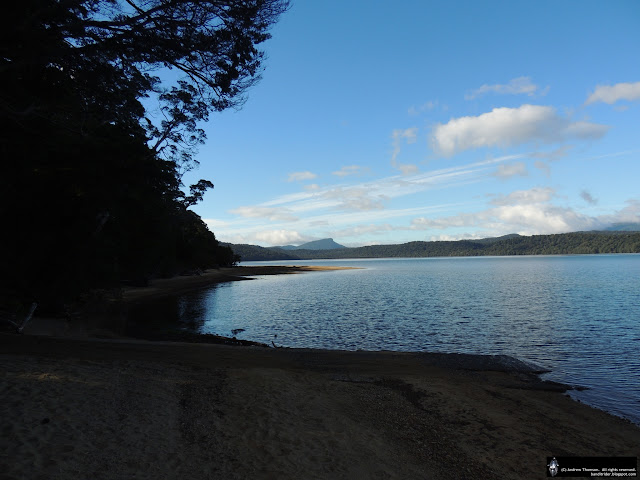 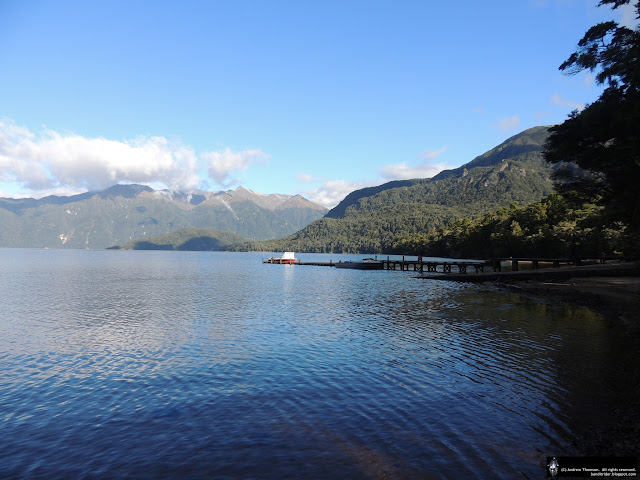 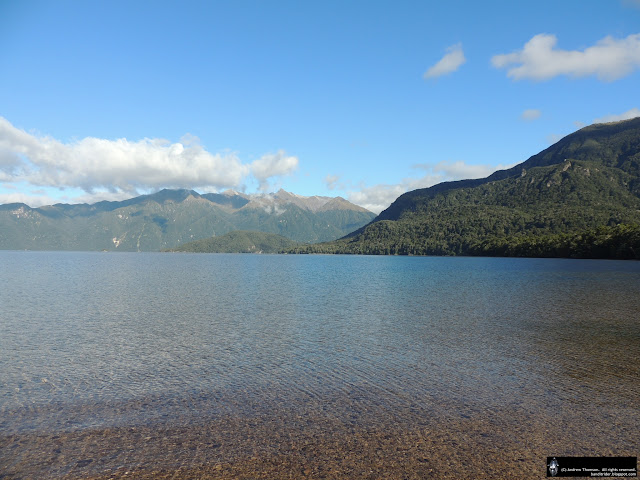 After a bit of a wander around to soak up the serenity (and being surprised at not getting eaten by the famous Fiordland sandflies) it was time to turn around and head back to the main road again.


About 20km up the road it was time to turn-off and find the next lake on the list - Lake Monowai.  The gravel was pretty good on the way out there too:


I even managed to find a couple of views worth capturing. 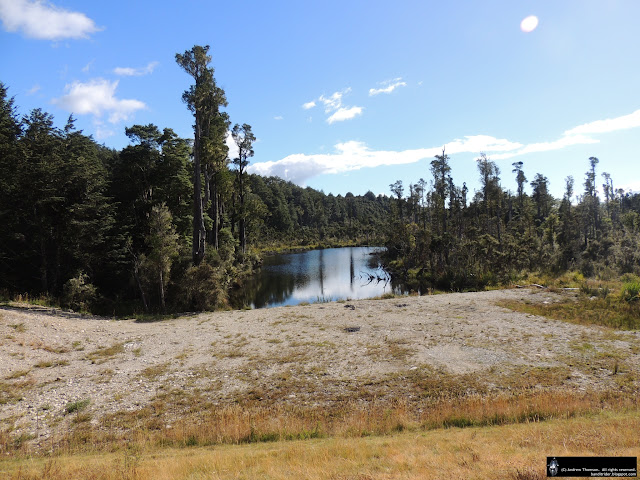 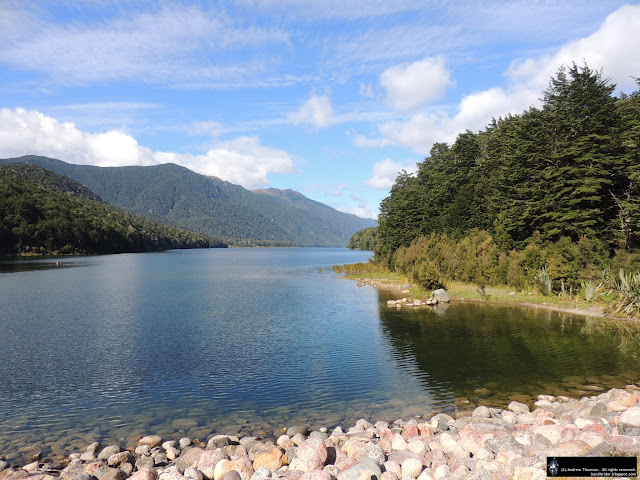 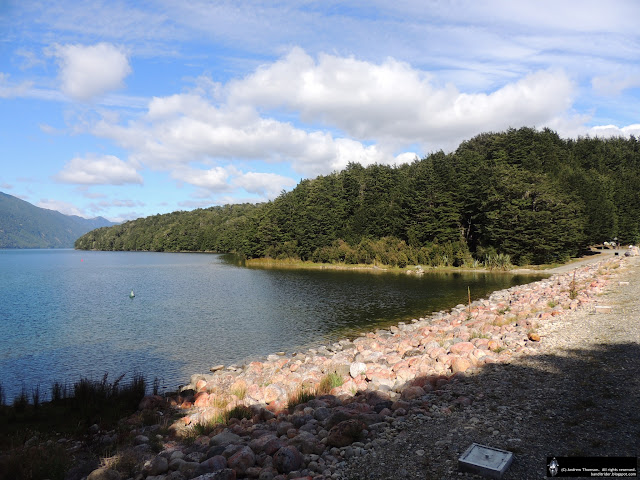 Another U-turn and repeat of that nice gravel got me back on the road North.  By now I was thinking about fuel and tucker and made a little navigational whoopsie.  It would probably have made more sense popping into Manapouri but I hadn't put that in the GPS so instead rode past the turn-off that would take me up to my next lake and stopped in Mossburn before retracing my steps to head on out to the Mavora Lakes.

Once again it was a gravel highway most of the way, although there was plenty of traffic in the form of locals, tourists and cyclists.  The video shows the ride up past the smaller Southern Lake and then to the Southern end of the larger Northern Lake.


Apparently you can go further up the around the lake but have to take to the beach in places and the word sand also crops up when talking about the route - probably not Tenere country.  Another herculean effort on my part managed to capture a few passable pics. 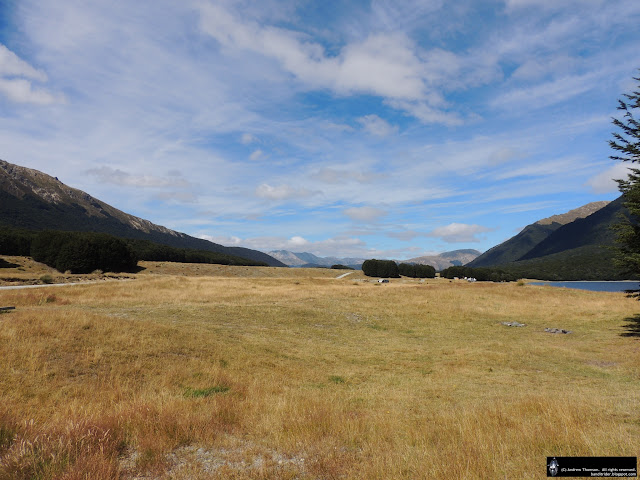 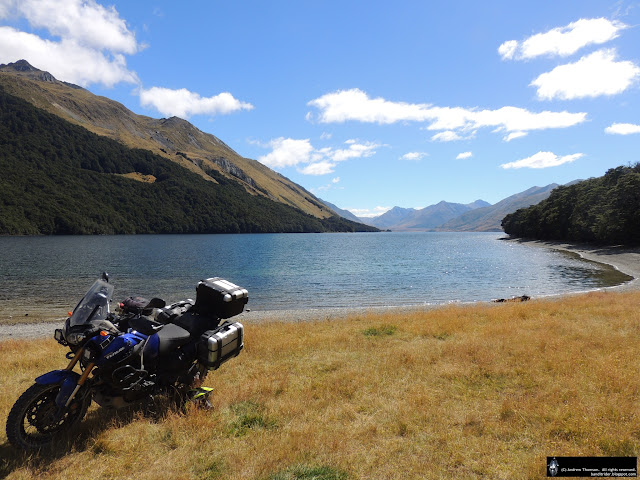 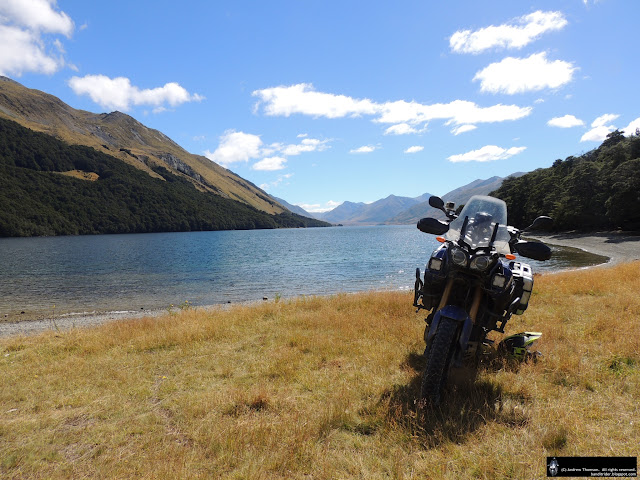 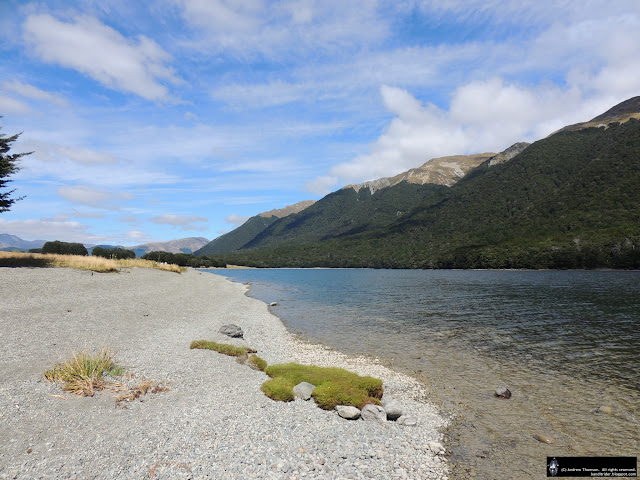 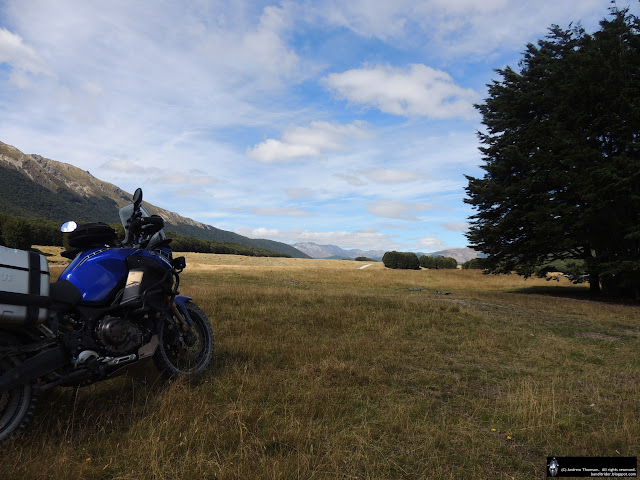 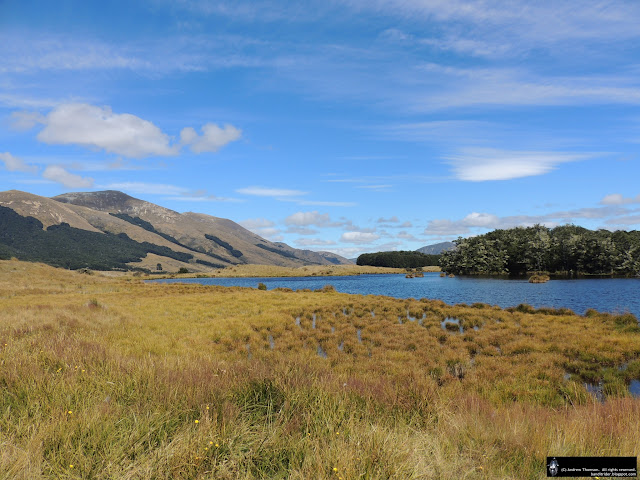 Returning back out the lakes road, I turned left instead of right to make my way through to Walter Peak Station on the shores of Lake Wakatipu, the last lake of the day.

The ride out to the station was just more (a lot more) of the same good fast gravel I'd experienced so far with a few fords and a couple of tighter little bits thrown in for good measure.  I had to struggle to edit this video down from 45 minutes of awesomeness.


Down at the waterfront I stopped to finish off my lunch and chat to an older chap who reckoned that the Tenere must have been a bit more of a handful than his old IT175 from once upon a time.  He might have been right but I know which one I'd prefer to tour on...

The station is well set up to take money off overseas tourists and while I was there I watched (from a non-paying distance) a guy show the punters how to work a dog and bring in a (small) mob of sheep.  I had to laugh a bit as everything went so smoothly - I reckon the sheep were well versed in what they were expected to do (I wonder how many times they do it each day) as the dog had them off the hill and through the gate into the yards faster than I typed this sentence.  Good dog.

Oh, and pictures were taken too... 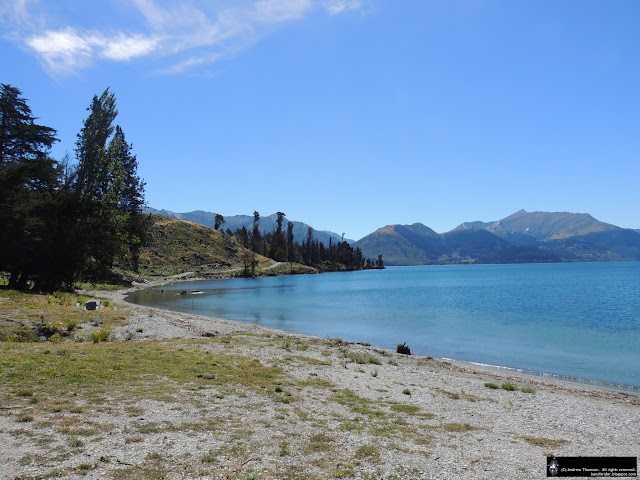 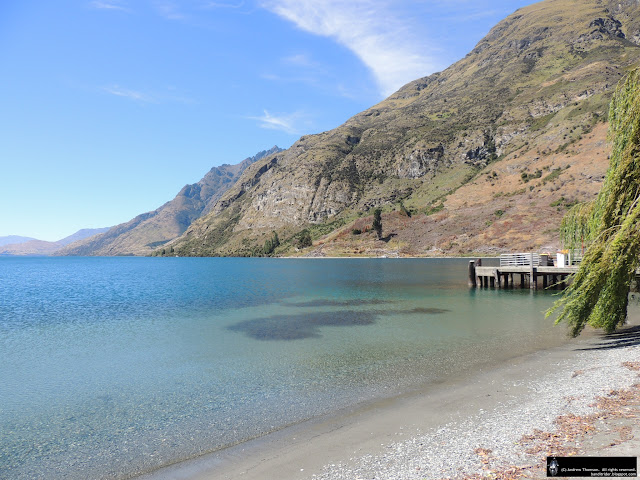 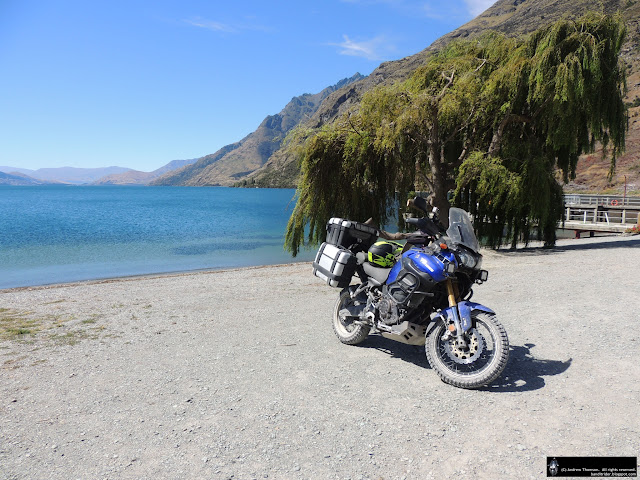 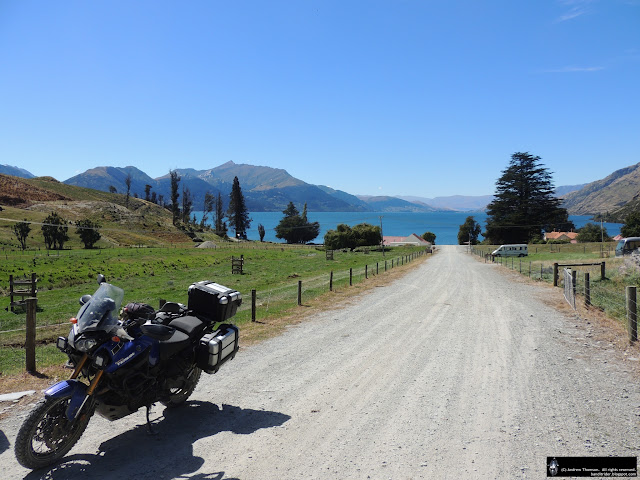 And now for the really unfortunate part, because the Tenere is not amphibious, I had to turn around and ride all the way back on that 70 odd km of fabulous gravel - life is tough...

At least I found a few more places to stop for pictures... 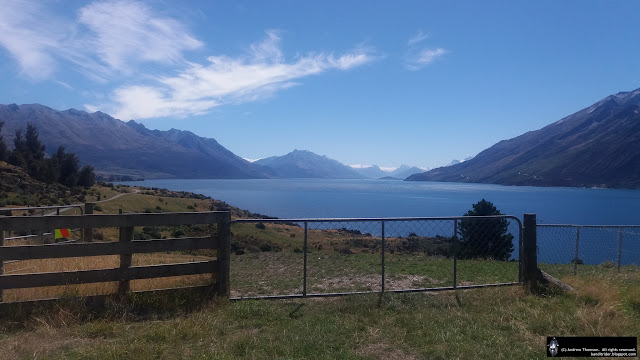 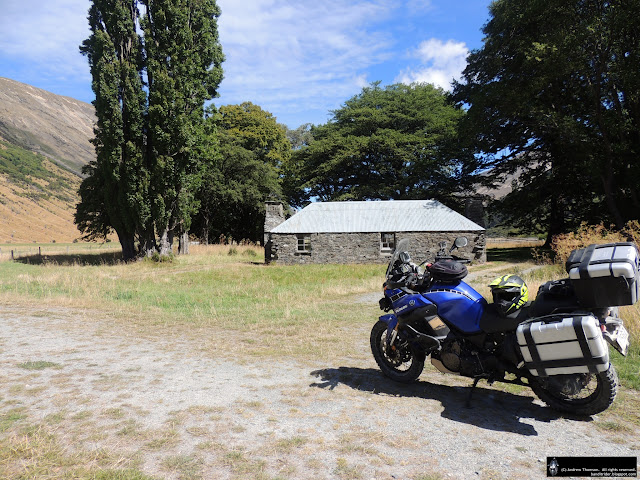 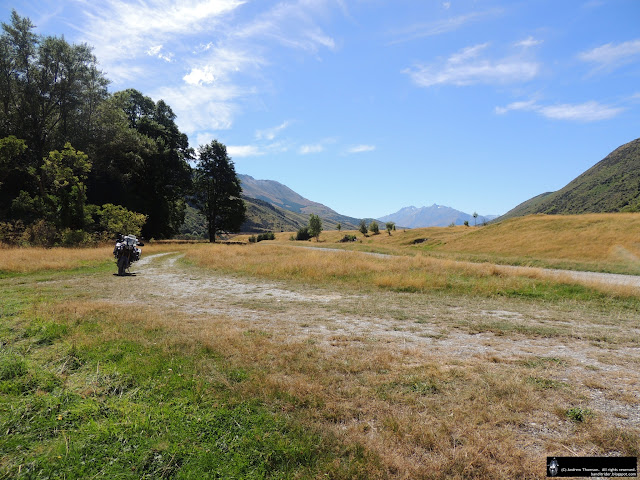 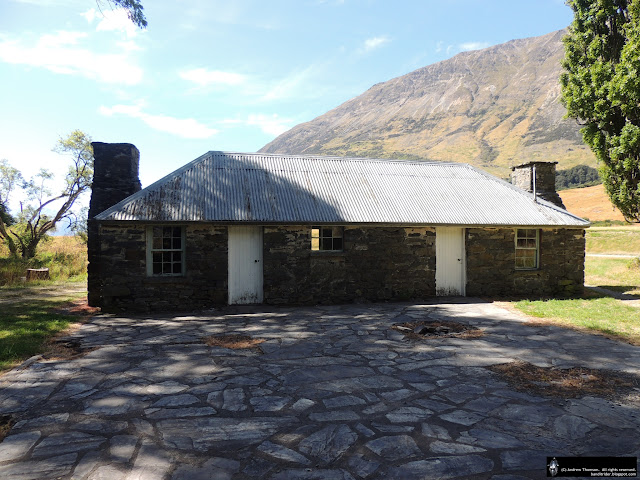 After splashing through the fords again, throwing dust and stones out the back of the bike and avoiding a few kamikaze sheep (where was that dog when I needed him) I made it back on to the tar for the quiet trip through Mossburn and then onto my stop for the night in Kingston.

There, at my motel, it was time to wash the dust off before a nice dinner after a another fantastic 550km in the South.