Ok, so I'm home now and have proper internet so it's time for some proper write-ups of the trip.  Here goes day one... 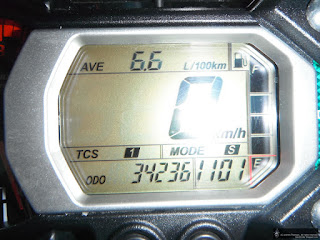 As per my usual routine before a trip, I did not sleep well so got up early and was on the road by 5:30.  The roads were pretty quiet until Paraparam where the traffic became its usual nightmare – there were parts were I was idling along and having to slip the clutch…

That extra half an hour definitely came in handy as I finally hit the ferry terminal just before 8.  Already waiting were two other bikes and I discovered that one of them was Adrian (on a KLR650) and that he was on his way down for his first TT.

After loading I parked myself up to get comfortable and was soon joined by Adrian.  On the way across I discovered that he was intending to do the Molesworth so we decided to ride it together.

Off the boat we made our way across to Blenheim where the plan was to fuel up for the trip across the Molesworth.  Unfortunately the petrol station had other ideas as their pumps were out and the operators had no idea how to get them going.  We flagged it and instead made for Seddon for fuel.

Leaving Blenheim the bike’s temperature display was showing 30o so it was a reasonably hot ride down to Seddon.  We did manage to find fuel in Seddon and then backtracked a couple of km to turn up the Awatere Valley.

I was pumped to finally be getting the chance to ride the Molesworth but behaved myself and followed Adrian up the valley and onto the gravel.  Eventually I went past Adrian as I was riding a little quicker than him and loving the great road.


Riding up the valley there was a lot of traffic (something I hadn’t expected) so eyes needed to be kept in the peeled position. It was still hot too but the riding was fantastic. Along the way there were plenty of opportunities to stop for a breather and to take photos. 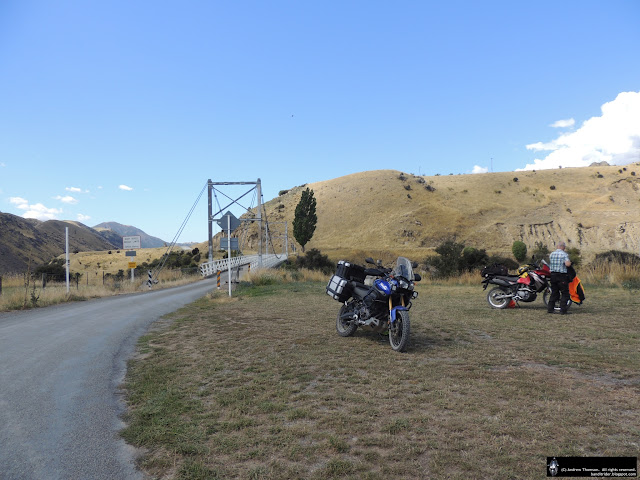 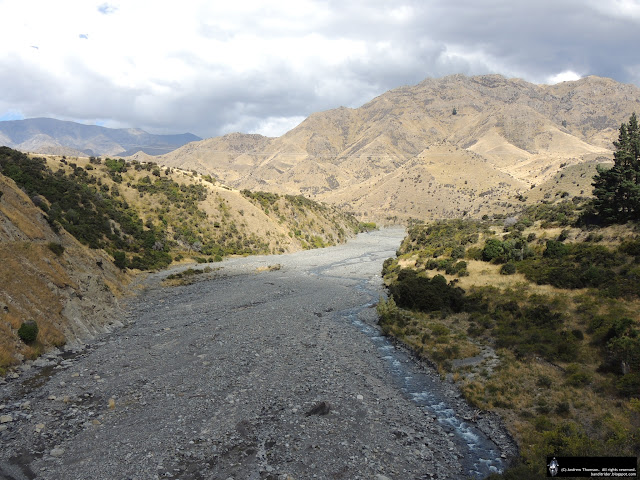 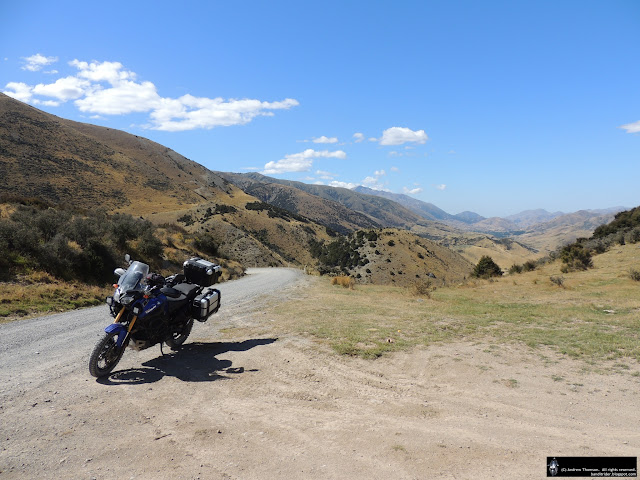 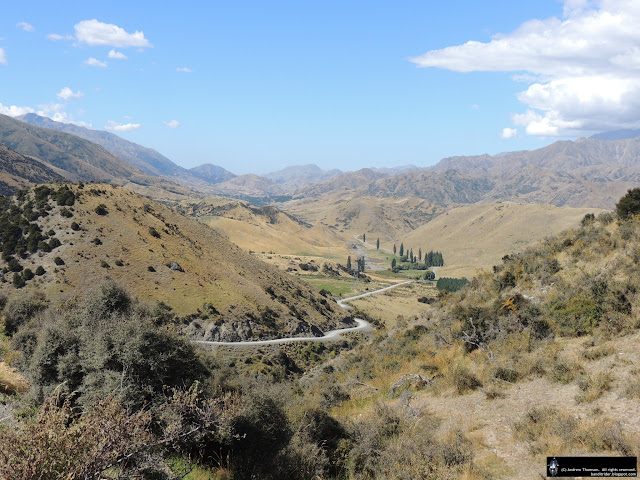 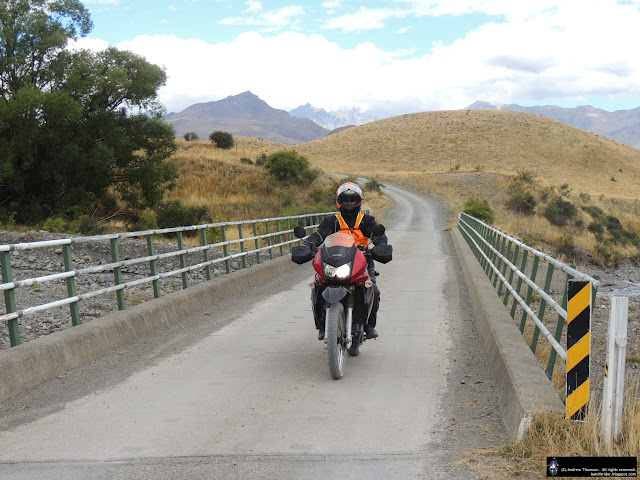 Eventually we arrived at the gate that marks the beginning of the Molesworth Station.  From here things just got better.  Sure, it was stinking hot but the roads got better – quieter traffic wise and generally very fast gravel with just the odd scramble up and down hills.  The scenery was outstanding with fantastic views out across big valleys. 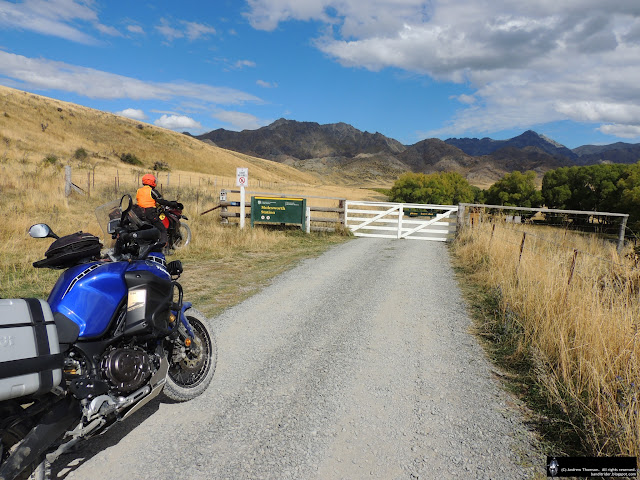 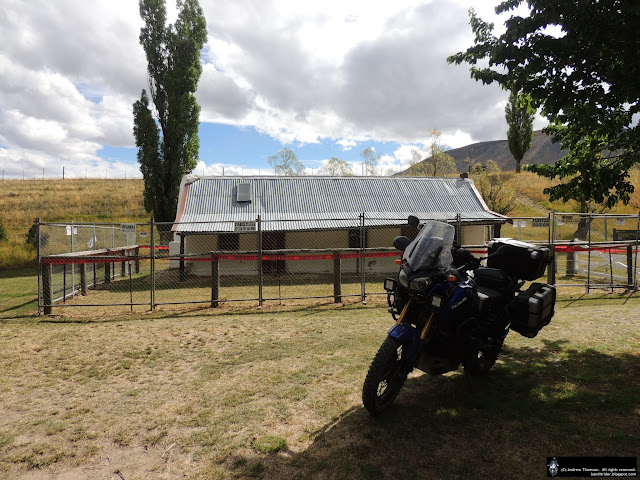 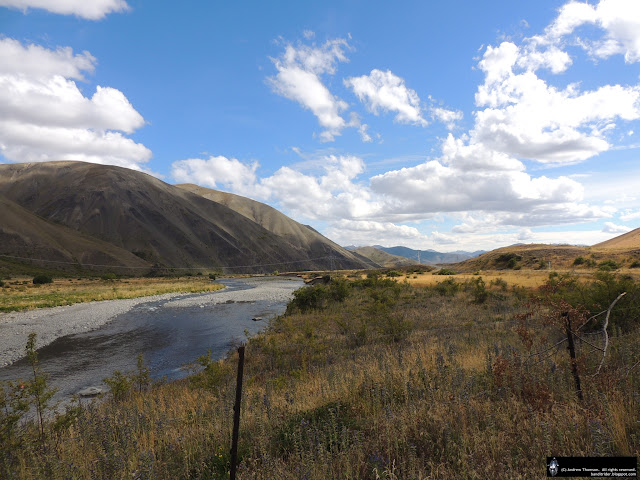 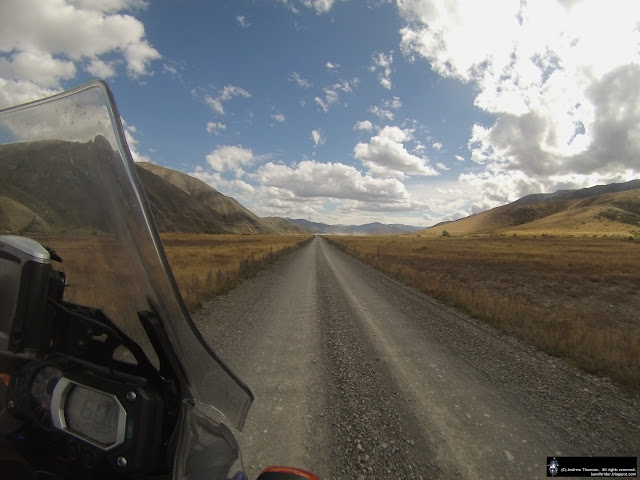 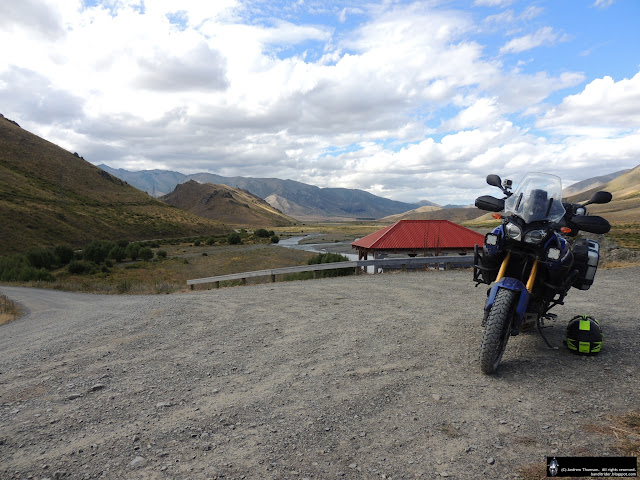 While we were not mucking around riding wise, we did stop often for photos and to take a breather. After clearing the gate at the other end of the station we had one last fast stretch – but with a catch. I was clipping along and caught sight of a warning sign. I buttoned off as the road started to rise slightly and then caught sight of a big dip into a ford. I hit the brakes fairly hard and managed to scrape off a fair bit of speed but still hit the ford fairly hard, feeling the forks get close to bottoming – exciting stuff.

The last little stretch into Hamner Springs was over Jollies Pass and this was a bit of a surprise too. I’d gotten used to nice open, fast and flowing roads but was now on a fairly tight, windy and sometimes rough little road. There was another ford too - this one I saw sooner and it was a bit rougher with more water in it but no problem for the S10. 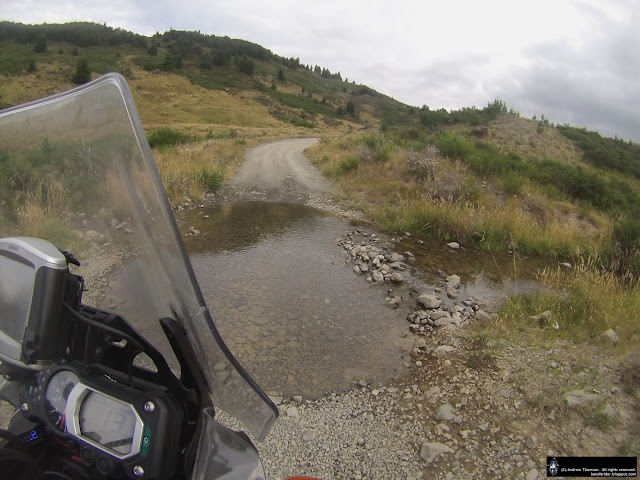 Arriving in Hamner, I was in dire need of sustenance so stopped for some greasies. Adrian pulled in just after me but didn’t hang around as he was heading to Christchurch for the night – great to have had the company though!

After my disappointing meal it was time for me to make for my motel in Kaikioura. This involved a trip through the Inland Kaikoura route and I was interested to see how the road was doing post earthquake. It turned out that it wasn’t too bad but there was still a lot of roadworks and definitely signs of damage. The road crews have obviously been busy though.

The roadworks were easy to deal with but stock on the road gave me a few frights. I had to avoid 4 sheep and a cow with only the cow having much in the way of common sense, knowing not to step out in front of a Yamaha.

Eight o’clock saw me safe and sound in Kaikoura and into my motel after a fantastic day which saw me knock off one of my bucket list rides – a great way to start my holiday!